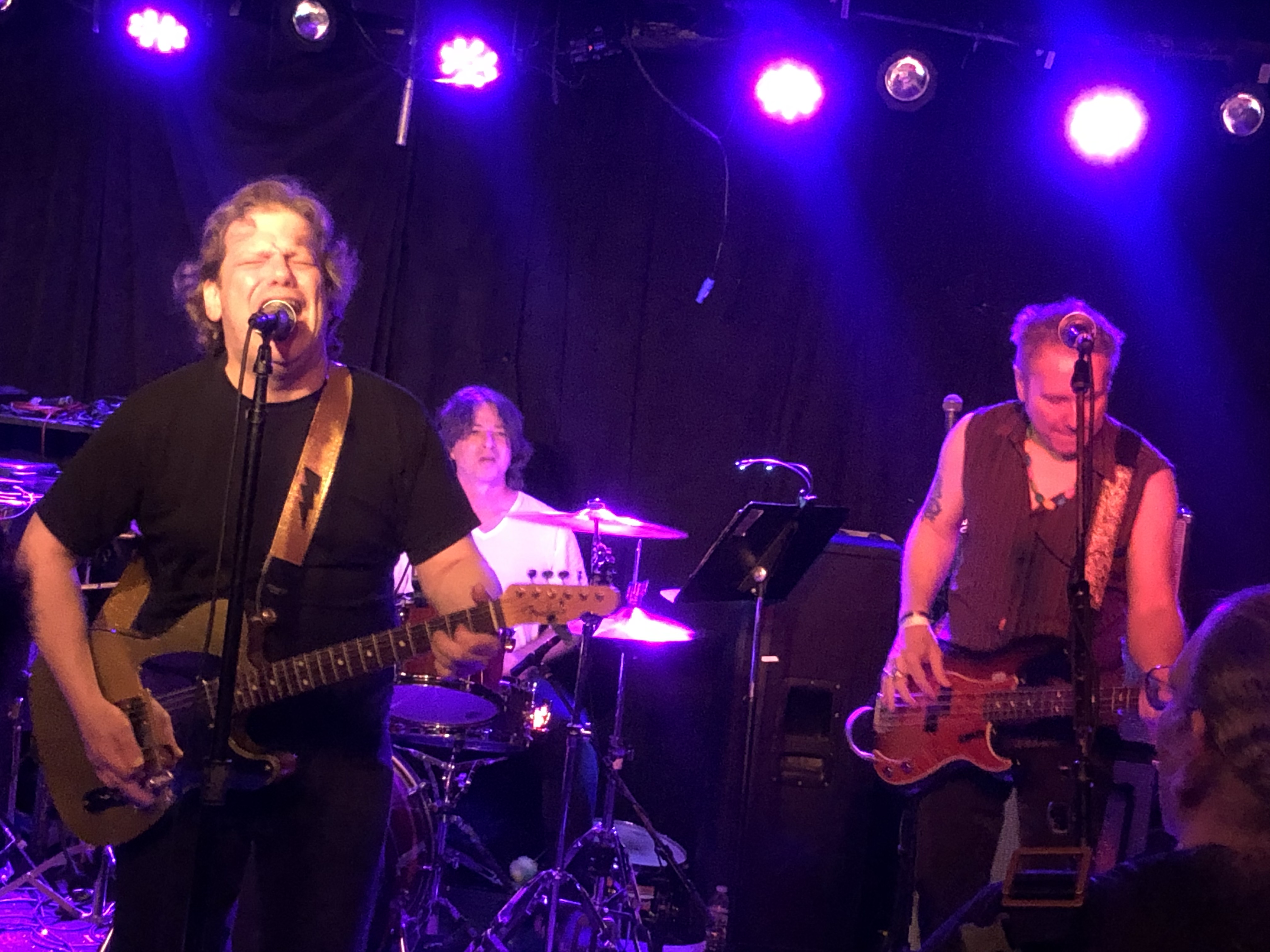 The past is always close behind and on the third day of the annual Max’s Kansas City Reunion, curated, still, by Peter Crowley, it couldn’t have been much nearer last night at Arlene’s Grocery. I was there to see my friend Jahn Xavier and his band the Bowerytones’,  first performance since Jahn moved to the suburbs nearly five years ago. The last time I saw him was at the same venue, for his best album of 2013 Yes, You, a 90 minute set (here), last night we got half an hour and if you go to The Treehouse At 2A tonight you’ll get a full hour of what Jahn threatens may be his final concert. Before the set Jahn told me about the trio, “After rehearsal we agreed  that while it might be good or it might be bad, it was definitely the Bowerytones…”

Before Jahn, I got to see astonishingly vibrant and alive sets by the Violators and the Sic F-cks.  The Vibrators destroyed us with “NY Ripper” and the sound of punk 1979. It is true that no one sound defined New York punk but if there was one, it would certainly be The Violators fast, loud, power punk. Russell Wolinsky, joined again by the sisters Bellomo, Tish and Snooky of Manic Panic, opened with “Spanish Bar Mitzvah” and never looked back. Still dressed as nuns, in fishnets, they had a hanger and a baby doll for “Teenage Abortion,”  the sort of sacrilege all good Catholics deserve, before kicking up their high heels to “Blitzkrieg Bop”.

Jahn performed without a safety net, singing as though his life depended upon it. With Charlie Roth moved from drums to bass (and this may not be place, but RIP his brother, one of the good guys in New York, guitarist Adam Roth) and Tom Curiano on drums, the Bowerytones were astonishingly on point, no rust, no miscues, performing songs well past the three chord wonders of punk history. “We have three Max’s veterans up here,” Jahn said, and they played just like that. A variant on classic rock and soul, Jahn belted the songs with a reverberating baritone that seemed to come from… from who knows where? a tormented musical spirit who when he reaches the “I don’t want to know the future” takes the entire concept of confessional to levels so overpowering love and loss become one, the song is one of Jahn’s good not great one, “Open Hand,” which  rose to the evening’s highlights: as Jahn sang, “beyond confession or control,” singing as raw and powerful as you will hear during the coda.  Jahn opened with a different  Yes,You song “Venus De Milo,” and despite playing without his own guitar, he seemed at one with his band, singing his lungs out in a set filled to the brim with all that might be missing, even the positive “Hang Together” is a yearning and sad hope that seems lost in its moment. The set yearned in diminished hope, with the penultimate moment a cry from the heart and the ending a blues rocker that leaves Jahn on top, wherever that may be still singing his survivalism.