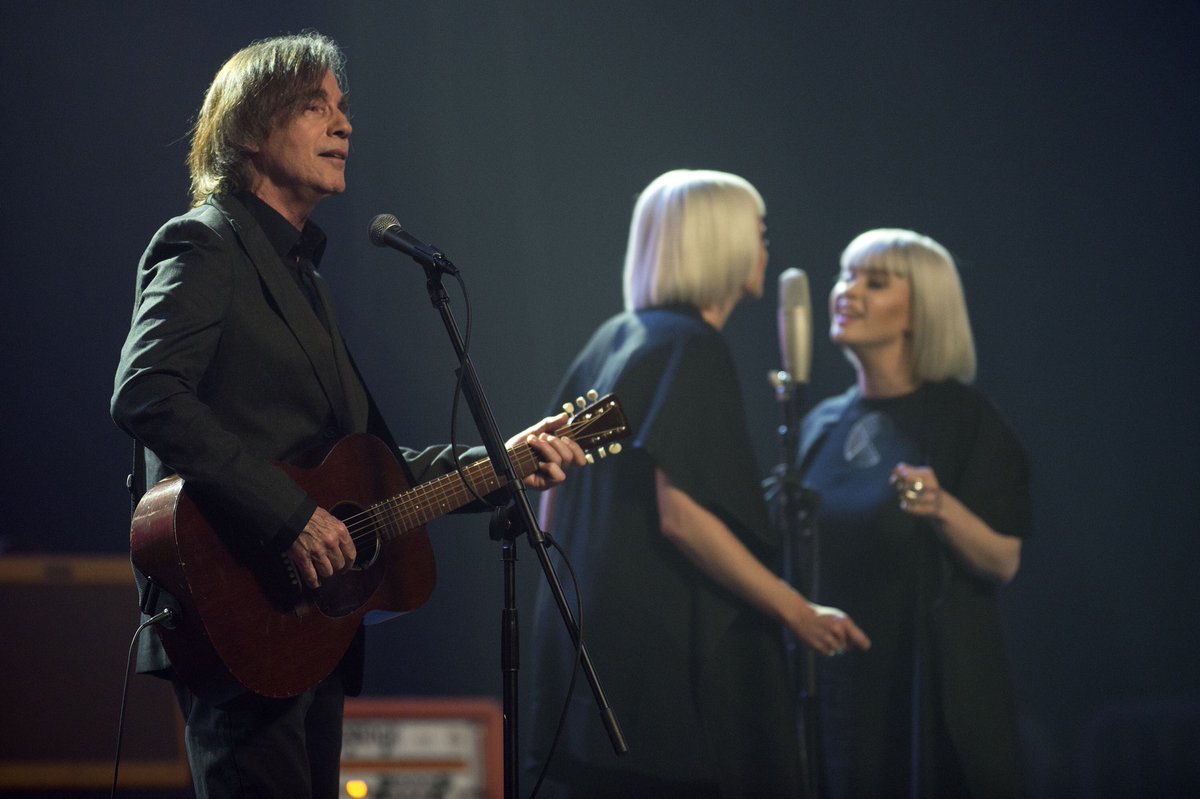 I’ve been seeing Jackson Browne for over 40 years, since my college days. Jackson is always Jackson. The revelation at the Beacon show on 6/24 was Lucius, the opening act.

I was only vaguely aware of Lucius from their appearance in the late lamented Cameron Crowe series, Roadies. They were a revelation. Two blonde Valkyries, wearing flowing red and white robes, standing facing each other on a platform mid-stage, singing angelic harmonies into a single microphone. The rest of the band consists of guitar, drums, double bass, and a string section. Their music was breathtaking. I have rarely seen an opening act earn a standing ovation, but they did.

My relationship with Jackson Browne goes back to around 1974 when he was touring to support Late for the Sky. During that show the pedals fell off his piano. Yes, really. A few years later at the Palladium on 14th street the drunkard sitting right in front of me kept yelling “boogie!” between songs. Not exactly Jackson’s forte. During a quiet moment, Browne learned into the mic and quietly said “fuck you, boogie man”. Boogie man thankfully then passed out.

I’ve been to many of Jackson’s shows over the years, and this was one of them. At his best, doing the old favorites like “Take It Easy” , “These Days”and “Doctor My Eyes” he was effortlessly engaging. Some of the mid-set mid tempo introspective blah blah blah songs were kind of a drag. And I agree with Iman that “The Pretender” is a clunky, overrated song with some of the worst rhymes in Jackson’s catalog. Legal tender, fender, ice cream vendor? Really? Also on the down side, Browne’s voice was not at its best, a little hoarse at times. I think some of the songs were down a few keys as his age is beginning to show.

The evening picked up when Lucius returned to the stage to sing with the headliner. This segment started with a cover of Warren Zevon’s “Mohammed’s Radio”. Browne briefly forgot the words but rapidly recovered. They also joined him for the always welcome ‘Running on Empty” , did one of their songs and remained on stage for the overtly political segment of Steve Earle’s “City of Immigrants” and Little Steven’s “I Am A Patriot”. Yes, Jackson, we know, we know. The closer of Tom Petty’s “The Waiting” was a lovely tribute, but Browne’s band is not the Heartbreakers.

Grade: Lucius A-. Browne B+