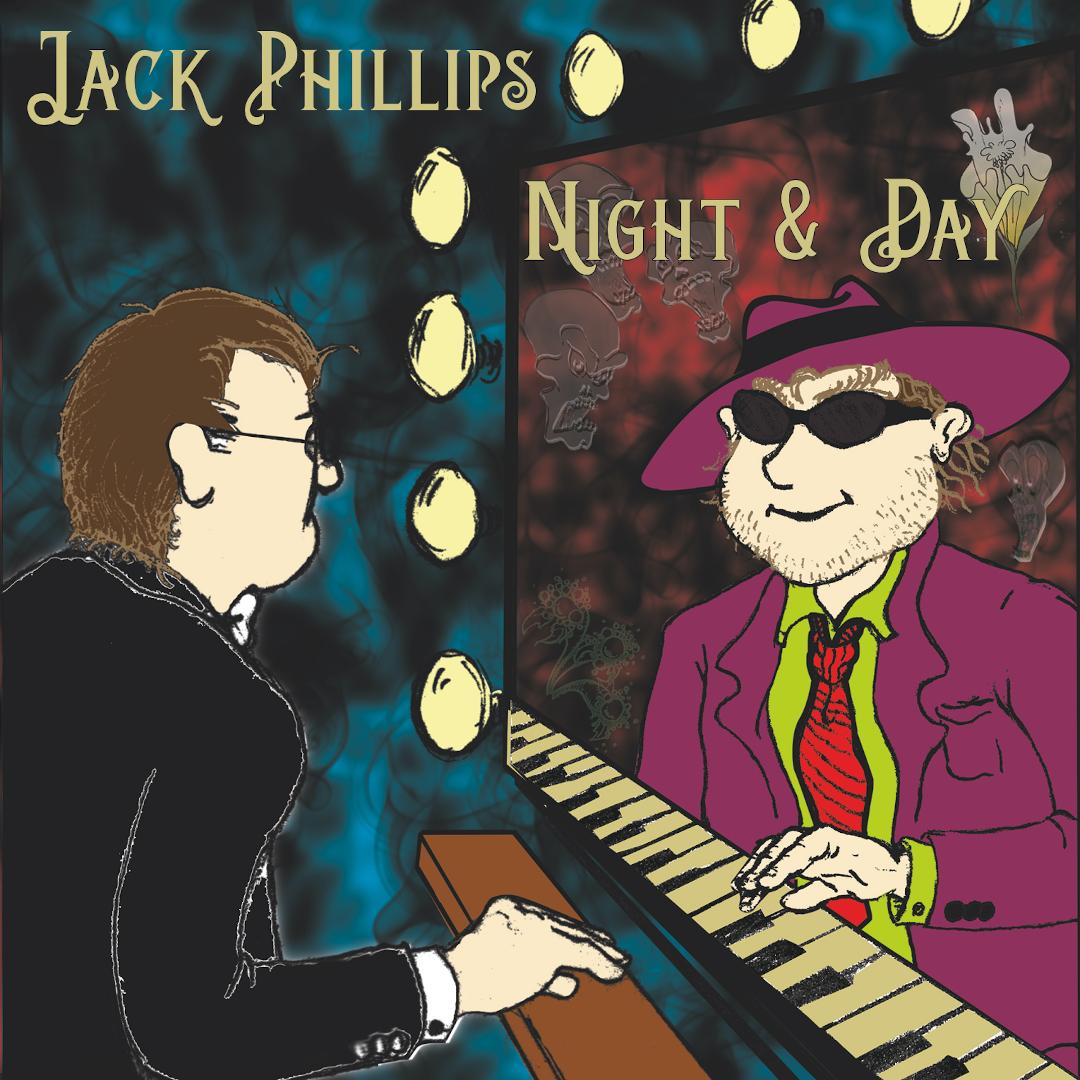 What happens if you take Elton John in Band like Americana vibe and also take New York Cabaret circa Bobby Short’s reign, but you don’t mix them together, you place them side by side? Meet Jack Phillips Night And Day. It is hard to express how great Jack is without sounding hyperbolic, the New York self promoter has written more and better songs than his earliest incarnation as an Elton John-Billy Joel wannabe, gold standard Elton has. Jack, a perfectionist to the place it sometimes harms him, run in the 21st century has been astounding, a pure pedigree singer songwriter who does everything you could want him to. Jack’s songs don’t reach the height of Elton in the 70s and the first half of the eighties, that’s why he isn’t a superstar, but it beats him out after that for damn sure. Which is why it is you who are missing out.

In 2012, Jack dropped Café Nights in New York -this was his Bobby Short album (review here), and followed it with the Caleb Quale featured Southern (think Leon Russell), Elton influenced 2017 Down In The Jungle Room. Together they form Phillips’ original concept: a day for night double… it would have been a mindblowing album, a head spinner. I became friendly with Jack around then (he writes for us occasionally, and we went to the Paul Williams concert together. I always liked him, and loved his music before I liked him.

On Friday, Jack released Night And Day and my only problem is that we deserved both albums in their entirety, and a live one. Instead we only get nine of the nineteen and on material so ace there was zero filler so what isn’t here simply isn’t here, nothing is gained except, maybe, for the slimness, the 33 minutes fly by, your ears keep exploding with joy. More or less, the night is American standards (new ones) and the day is boogie. Here is “I’ve Got Sophistication Too” which is precisely what you hope it is right next to “Ragin’ Down On Me” which is exactly what you think it is, next to maybe his greatest song: an unknown American Standard that somebody should get to Michael Buble, and should have way back when, the incomparable “The Old Grey Hat” -that chorus is indelible. “No One’s Home” is borderline disco and is on the day but is more like the night, the back up singer is pure soul and the beat is funky as fuck. It isn’t that Jack is an Elton soundalike (I mean, he clearly is but that’s not all he is), it is that he writes songs that are as great as his peers. And his instincts are good, you can see why the double concept seemed like a tight squeeze conceptually, but his voice is so unique he melds the two halves together. All the songs are great, it is nothing less than a masterpiece and a reminder of how much this world would be if  Phillips broke pop.

I just wish there was more.