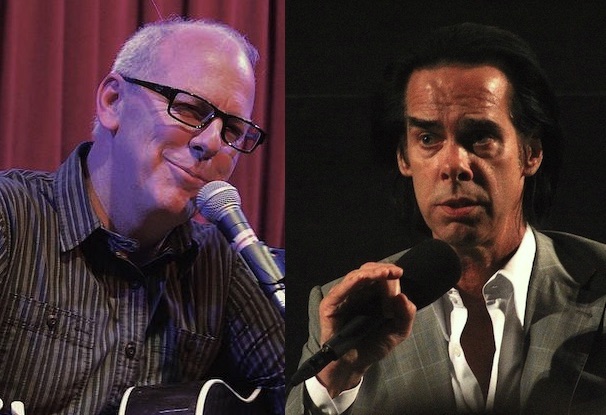 ‘Atheism may be an honest way to live your life, but it’s bad for songwriting’, I am barely paraphrasing, but this is what Nick Cave said during one of his conversations. He insisted on the necessity of this ‘magic thinking’ for his inspiration, and it is easy to understand why when listening to any of his songs and especially to his last work, ‘Ghosteen’.

Myths and mysteries are constantly fueling his songwriting, while Cave’s universe is populated by mythological creatures and biblical characters, whether he is talking about Jesus, the King, horses with manes on fire or monsters which populate the sea. Nick Cave is constantly visiting hell and heaven.

However his sentence got me thinking, is atheism really that bad for creation? Do we really need this supernatural imaginary world to write or undergo anything creative?

I saw Bad Religion just a few days before Nick Cave, and you cannot go more anti-theism and anti-magical thinking than Greg Graffin and his band, and if the result is extremely different than anything written by Nick Cave and the Bad Seeds, they operate in this same business, and very successfully.

If you believe Wikipedia, there is a plethora of very talented musicians and songwriters who are under the label ‘atheist’… just looking at this page, for what it is worth, we get Steve Albini, Jacques Brel, Björk, Wayne Coyne, Beth Ditto, Brian Eno, Kim Deal, David Gilmour, Kathleen Hanna, Simon Le Bon, John Lydon , Marilyn Manson, Shirley Manson, James Mercer, Randy Newman, Gary Numan, Charlie Parker, Henry Rollins, Linda Ronstadt, Robert Smith, Eddie Vedder, Roger Waters, Frank Zappa… and I am just scratching the surface, the list is very long and I just took some of my favorites.

Even though the interpretation of atheism is somewhat a bit blurry and is often seen as just the absence of religion in certain cases, all these people have more or less rejected the idea of supernatural and magical thinking… We also have to ponder at Linda Ronstadt’s declaration: ‘I am a spiritual atheist’ … which has to be a more nuanced answer than Henry Rollins’, who simply replied ‘No’ to the question ‘Do you believe in any form of afterlife or form of God?’

Atheism is often badly regarded or interpreted as if being a non-believer was a closed state of mind, as if rejecting the idea of a supreme being would negate any inner and spiritual life (and yes you call it like that). It is as if denying the survival of a spirit after death was also denying its full life when the person is alive…, spiritual atheists do exist, it just depends on what you call ‘spiritual’.

But is any belief needed to create? This is what Nick Cave seemed to imply during his conversation, whereas all the people cited above seem to be doing very well in the creative business without the magic thinking. Maybe Nick Cave believes in magical thinking when he is creating and stops believing when he is not,… I am explaining: magical thinking is a way to find connections, meanings and purposes in events that often lack any of these. Magical thinking is a way to have some control over the world around us, and a creator needs to control his imaginary world in order to function and create, and this might have been what he meant when he told us to embrace magical thinking.

On the other hand, any true and meaningful creation is what makes the artist god-like, almost eternal if the art is really good. Then there is real magic involved in the creative process, any artist will tell you he or she doesn’t know where it comes from. Thus the process is still a mystery whereas the result makes us closer to the divine… and at this point, whether the divine exists or not doesn’t matter, embracing the magical thinking is Cave’s trick, which totally works for what he does.

Of course, if the songs are more on the socio-political commentary side, if the songwriting is anchored in today’s reality, all this may not really apply, but the mystery of creation is still present.