Is It Even Reasonable To Consider Elliott Smith’s Death A Suicide? 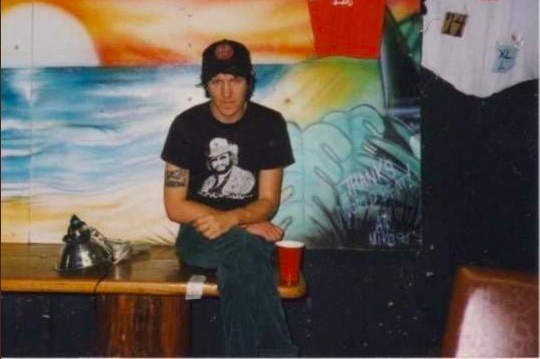 On October 21st, 2003, singer-songwriter Elliott Smith died in the Echo Park house he was sharing with his girlfriend Jennifer Chiba. Elliott, an acclaimed singer-songwriter, had released 5 full-length albums but he was mostly known for his contribution to the soundtrack of the Gus Van Sant movie, ‘Good Will Hunting’ and his song ‘’Miss Misery’ for which he was nominated for an Oscar in 1997.

After a 911 call placed by Chiba at 12:18, Elliott was transported to the hospital where he was admitted at 13:10 with two stab wounds to the chest, but despite medical intervention to repair the heart lacerations, he was pronounced dead at 13:36. The immediate cause of death was stated as ‘exsanguination’ (massive blood loss).

The press and media outlets announced that Elliott died of an apparent suicide, based on the narrative of Jennifer Chiba, who stated to the police that Elliott had suffered from depression all of his life, had a history of alcohol abuse and multiple narcotics addiction (including heroin and crack). According to the police report, she also mentioned a previous suicide attempt, as well as a consistent history of verbal suicidal ideations.

Let’s go back to October 21, 2003, a very hot day with temperatures in the 90s and winds so dry there were high risks of wildfires in the following days. Around noon, Elliott Smith allegedly stabbed himself in the chest, twice, following a well-documented fight with his girlfriend Jennifer Chiba (she admitted this part to the police and neighbors confirmed it).

Based on the results of the autopsy report, the manner of death ‘could not be determined,’ leaving the real cause of death quite mysterious.

But can people actually stab themselves in the chest,.. twice?

There is quite abundant forensic literature on the subject of stabbing, but, just to be clear, most stabbing deaths are homicides: according to a study which considered 700 cutting and stabbing fatalities (and keep in mind that this also includes death by cutting not stabbing) 80% were due to homicide, and only 18% to suicide, while the rest, 2 %, was due to accident.

According to the Bureau of Justice Statistics, a knife is the second weapon used after a firearm for murder cases: 16.5% of all murders are caused by knives versus 64% by firearm. But when people murder their boyfriend or girlfriend, the statistics are even more revealing as 32.8% of offenders used a knife to murder their partner, while 47.2% used a firearm. These are just statistics but a knife is definitively a common weapon used during domestic violence. In a recent article in the SF Weekly, emergency domestic violence calls involving a gun went up 53% and calls involving a knife increased 87% last year. Let’s keep in mind that knives are commonly used in case of domestic violence and Elliott and his girlfriend had been fighting that day, she admitted it to the police and neighbors heard them scream for hours.

If we examine the possibility of suicide by stabbing, there are a few points to consider:

– Suicides by stabbing do exist but they are very rare:  According to many studies, suicide by sharp force injuries account for less than 2% of all suicides, so the choice of a knife or any other sharp instrument to commit suicide is unusual. Furthermore, many studies say that the most common sites for self-inflicted incised wounds are the neck and the abdomen, not the chest. So there are actually far less than 2% of people who commit suicide by stabbing themselves in the chest. Plus, the thorax is the most targeted region for homicide victims whereas suicides by cutting mostly target the upper limbs, the neck, or the wrists.

– The time of the day: This happened in the middle of the day, whereas studies reveal that most of the self-inflicted stabbings (69%) occurred at night or in the early hours of the morning, and very few self-stabbings are actually witnessed by someone else. It is obviously a very dramatic scene to witness which could have traumatized Elliott’s girlfriend for life or made her look guilty. Did Elliott want to do that to her?

– Sternum and ribs injuries: According to a large study including 118 sharp force fatalities, there is a much higher likelihood of a homicide if bone or cartilage wounds are found (they were found in 74.3% of the cases) and a higher likelihood of suicide if these wounds are absent (they were only found in 14.6% of the cases). Suicide victims tend to avoid solid anatomical structures, such as ribs and sternum whereas the frequency of bone or cartilage wounds in homicides is high because assailants ignore the presence of bones. In Elliott’s case, stab wound #1 injured intercostal space, and stab wound #2 ‘perforated the left edge of the sternum’. Elliott’s perforated sternum speaks volumes.

– The depth of the wounds: Wounds caused by assailants to their victims are generally more severe than those self-inflicted. On the autopsy report, the estimated depth of penetration of Elliott’s wound #2 is between 5 and 7 inches (12.7 -17.8 cm), and this depth is quite severe.

– The clothes: Elliott was stabbed with his clothes on, and this is once again very significant, as studies show that clothing damage is relatively rare in case of suicide (between 4% to 39% depending on the studies) whereas the stabbing is made through clothing in most homicides. In the case of suicides, the person generally exposes the chosen area before the stabbing and there is no clothing damage.

– The lack of hesitation wounds: When people stab themselves, hesitation wounds (superficial incised wounds) are often made before the fatal deep wound. They indicate indecision before the final act. Elliott didn’t have any hesitation wounds around the large stab wounds in his chest and his neck and wrists were intact. According to many studies, hesitation marks are a strong indicator of suicide, they are present in most cases of suicides (>70%) and are even believed to be the most useful indication in distinguishing suicide from homicide.

– The possible defense wounds: Elliott had small cuts on his left palm and right upper arm, which could be interpreted as possible defense wounds. They were very small, but according to the doctor who did the autopsy, they could have also been done when mishandling the knife. However, she said that they were certainly not due to intentional self-harm. Since Elliott was right-handed, the cut on his right arm is weird. Obviously, defense wounds are a strong indication of homicide and were detected in 61% of the cases in a large study. They are most frequently found on hands, arms, and forearms.

To sum this up with the strongest points:

Suicide by stabbing only represents 2% of all suicides

Bone injuries are only found in 14.6% of the cases

if we consider that all these statistics are independent (they independently occur in many studies) we have to recognize that they nevertheless characterize Elliott’s case altogether. For what it’s worth, we can do this simple calculation:

26 Responses to “Is It Even Reasonable To Consider Elliott Smith’s Death A Suicide?”