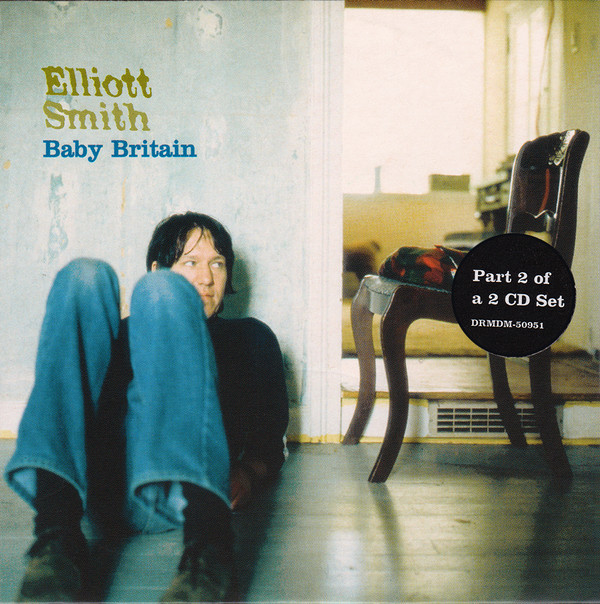 Do we ever know whom a given song is written about? Sometimes we do, but does it even matter, or is it just a nerdy curiosity? I mean if you are a fan, you probably know that Bob Dylan’s ‘Sad-Eyed Lady’ was inspired by Sara Lownds, John Lennon’s ‘Woman’ by Yoko One, Peter Gabriel’s ‘In Your Eyes’ by Rosanna Arquette, Eric Clapton’s ‘Layla’ by Pattie Boyd or Billy Joel’s ‘Uptown Girl’ by Christie Brinkley… but does it matter? You certainly do not need to know to appreciate a song, the song can be yours very fast, and its context doesn’t really matter, a good song can survive even when all these people are forgotten, this is the case for great art, it can transcend history and destiny.

I thought about that when listening to a podcast about Elliott Smith’s ‘Baby Britain,’ while the guest (W. T. Schultz) was suggesting that the song was about the actress Minnie Driver. He heard it from one of Elliott’s friends and this is a rumor I had heard before. But is ‘Baby Britain’ about Minnie Driver, the British actress who played the role of Skylar in Gus Van Sant’s ‘Good Will Hunting’?

This example is interesting because it has been the subject of speculation among fans and because it is the perfect example that tries to reduce a song to a possible anecdote.

There certainly is an Elliott and Minnie story, she was the leading actress in ‘Good Will Hunting’ and Elliott was nominated for an Oscar for ‘Miss Misery,’ one of his songs used for the soundtrack of the movie. After the release of the film, Elliott was even called her boyfriend, and they were even seen getting cozy together, although Elliott was just one of the guys (among actor Rufus Sewell, and Foo Fighters drummer Taylor Hawkins) she got close to after her breakup with Matt Damon.

One thing is sure, if Schultz brags about the alleged relationship in the podcast, the simple idea of Elliott having an affair with a Hollywood star made sound engineer Larry Crane furious: ‘My mom called me up once and said. ‘I just read in the gossip column in the local paper that Elliott Smith was seen having lunch with Minnie Driver, holding her hand,’ he declared in Autumn de Wilde’s book, ‘Elliott Smith’. ‘And I thought to myself, holy shit. To the people writing that and reading that, he is like a nonentity. He’s just like a scruffy little musician guy. That was after he had some songs in the Good Will Hunting soundtrack. That’s when it got really weird, totally weird’ […] ’That’s just pure gossip bullshit, trashy journalism. And that’s harmful stuff, too, because that article made it out like this thing was going on between him and Minnie Driver while he was still dating someone else! He was just having lunch with her. Jesus Christ. I felt like the door to his personal life was opened up so suddenly. It just seemed really weird.’

Elliott was not too keen on the idea either: ’I’m used to people writing nonsense about me. I’ve read stuff that said I was a junkie, that I was Minnie Driver’s boyfriend and that Gus Van Sant rescued me from playing coffeehouses,’ he said in an interview.

However, Elliott and Minnie were seen at several shows together, even holding hands. A fan who met Elliott at Spaceland, even wrote, 5 years after his death: ’I met him again a few years later at Spaceland (one of the best shows I’ve ever seen) a couple of days before the Oscars and I was talking to him after the show. He told me how nervous he was for the Oscars and how he had a white suit and a big pink flower – he asked me questions about me – just so humble and sweet – I didn’t even notice Minnie Driver sitting right next to him the whole time we were talking until I said goodbye – she was just beaming and excited for him.’

Despite all this, Elliott has always denied any relationship with Driver to the press ‘I’m not dating Minnie Driver, and my girlfriend is getting very pissed off that you guys keep saying I am.’ Maybe Elliott wanted to date her, but the pressure from the Portland people was still strong, whether it was Joanna Bolme or Crane telling him he was just some ‘nonentity,’ some ‘scruffy little musician guy,’ who could possibly not hang out with movie stars.

In any case, Elliott left a big impression on Minnie Driver since she recorded ‘Waltz #2’ for her cover album ‘Ask Me to Dance.’ ‘Elliott and I became friends after he did the music for ‘Good Will Hunting,’ Driver said to USA Today in 2014. ‘While he was recording ‘XO’ at Sunset Sound, I happened to be down the hallway in another studio. When I wandered into his, I was met with this beautiful wall of sound that was ‘Waltz #2.’ I recorded it in memory of this great artist and a too-brief friendship.’

For the sake of the story, they were just friends. But is ‘Baby Britain’ about Minnie Driver? It’s impossible to say for sure, it’s not a love song, and as it is always the case for Elliott, it’s filled with multi-layered metaphors. ‘Baby Britain’ could be a woman, but it is probably not only a woman: if she is a girl, she is drowning in vodka, and there’s also plenty of self-deprecation and self-destruction imagery, despite a fun reference to The Beatles (Revolver). In the end, there is enough richness and ambiguity in the lyrics to see many meanings and to make the song yours. Maybe Driver is there, somewhere, just to piss off the Portland crowd, maybe she has nothing to do with the song, but it doesn’t really matter.