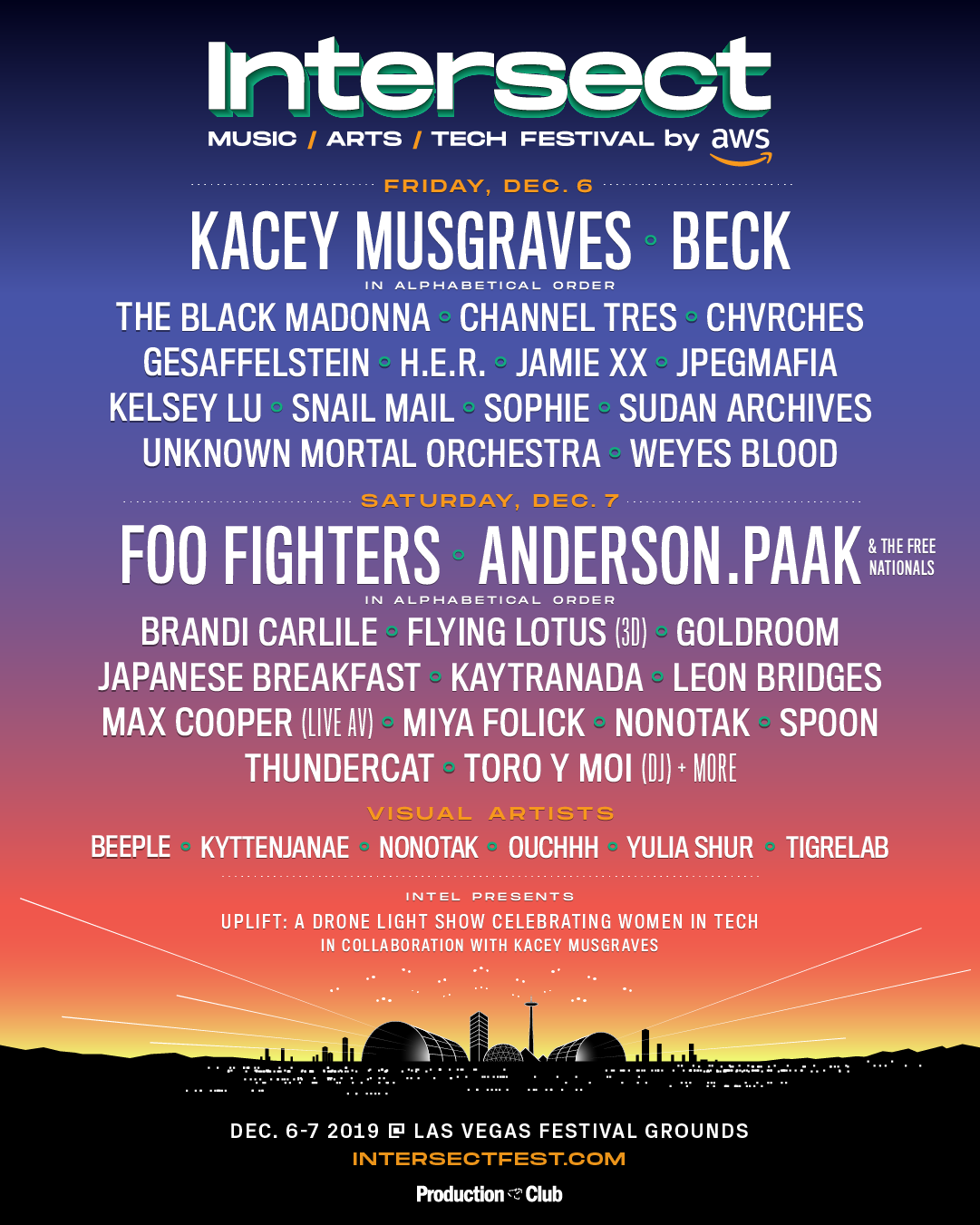 Intersect debuts December 6-7 in Las Vegas, celebrating the intersection of inspiring musicians and storytellers, innovative art and technology, and community

Beyond the music, Intersect attendees can explore a million square feet of games and activities, including a video arcade, post-apocalyptic dodgeball stadium, and mega-sized ball pit with over 200,000 balls; with everything taking place in a futuristic, custom-designed indoor/outdoor environment full of lasers, video screens, and immersive art and design. Food and cocktails will be provided by some of the premier caterers in the festival industry, including Wolfgang Puck, Best Beverage Catering, and Backyard BBQ.

Next-generation visual artists from around the world, including Nonotak, Kytten Janae, Beeple, Ouchhh, and Mike808, will share work throughout the festival environment, including a six-story video tower called the ‘Monolith.’ Intersect attendees are in for a special treat as, “Intel Presents UPLIFT: A drone light show celebrating women in tech in collaboration with Kacey Musgraves.” Musgraves will provide creative direction for 500 Intel drones programmed and flown by a female-led team in a tribute to women’s contributions to advancements in technology. The show will accompany a donation to the nonprofit educational initiative Girls in Tech.

Single-day and two-day general admission (GA), VIP, and VIP+ tickets are on sale now starting at $169 at intersectfest.com.

“Music has been an uncanny unifier of people over the years,” said Ariel Kelman, Vice President of Worldwide Marketing, AWS. “We’ve built a pretty amazing and unusual live music experience at our annual AWS conference that attendees have loved; and with Intersect, we’re excited to extend this unique event into a two-day, public music festival. Festivalgoers can look forward to a mix of musical performances from legendary acts like the Foo Fighters and Kacey Musgraves, unique musical talents from the likes of Brandi Carlile, Kelsey Lu, and JPEGMAFIA; coupled with immersive digital installations, and some of the interactive games and technology elements our AWS re:Invent and re:Play attendees know and love.”

Intersect is presented by AWS and produced by Production Club.