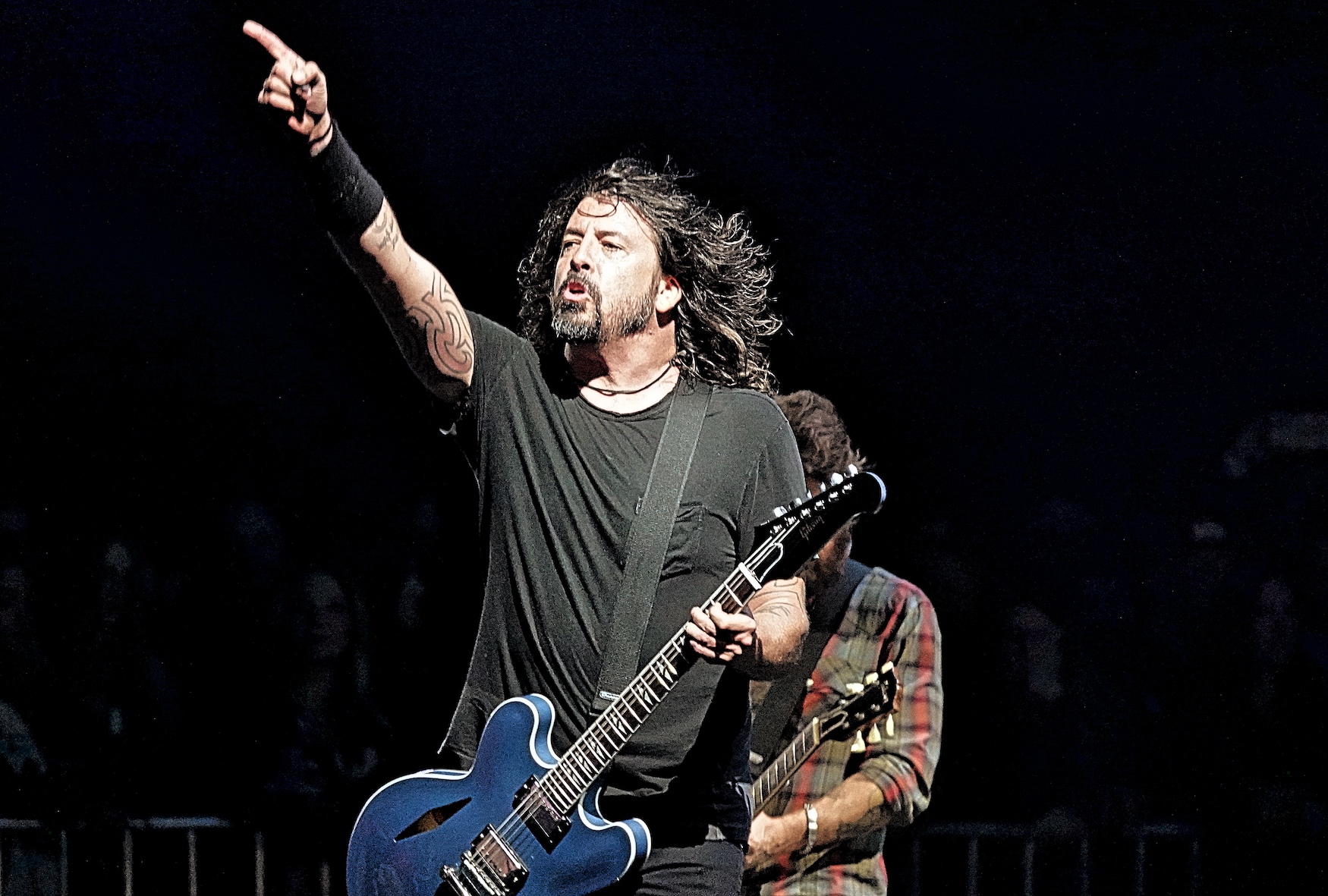 Intersect Festival Day Two started with Japanese Breakfast, an indie-pop band from Philadelphia, and ended with Foo Fighters, a well-established rock band from Seatle, but, in between, there was obviously a lot to see, too much to see actually.

Fronted by Michelle Zauner, Japanese Breakfast was fueled by some cosmic energy, from a tart fluo electro dancefloor to showgaze or full melancholic pop with high pitched vocals. She was cute and full of life, even poignant at times, they had a song about falling in love with a robot, covered the Cranberries’ ‘Dream’, a song which fitted her very well, and she even said she was thrilled to share the stage with Dave Grohl.

The Amsterdam-based Monotak duo did a very experimental and abstract electronic set which made the entire Infinity tent vibrate, but I ran to the Supernova stage to see Spoon which gave a very disheveled set filled with pop hooks. The band, led by Britt Daniel, was in a furious mode with double keyboards and guitars high in the sky, they did their catchiest songs (‘Hot Thoughts’, ‘The Underdog’, ‘Inside Out’, ‘Don’t You Evah’…) and a John Lennon cover (‘Isolation’) all executed with the same fiery passion, reminding everyone what great performers they are.

Leon Bridges was as soulful as I had expected, and his beautiful melodies were shining with their gentle hooks, sprinkles of funk and adventures in vintage rhythms and blues. For a young man, he was the old soul of the festival, drawing a legacy decades after Sam Cooke, and looking good with his back-up singers and large band. He definitively seduced the entire audience with songs that sounded like classics, ‘Coming Home’, ‘Beyond’, ‘River’… still playing it safe with his sweet and charming hooks…. Meanwhile, Thundercat was just doing the opposite, taking all the risks with his mind-blowing jazzy funky R&B and elastic bass. His bass solos were not making any sense, but they were making people smile. as they were played with a crazy virtuosity, endless experimentation and a manic energy as if he was surfing Spotify channels at the speed of light.

I really wanted to catch the end of Brandi Carlile’s set though, but, when I arrived, her entire band was singing heartfelt songs with harmonies galore. They even played Paul Simon’s ‘Sounds of Silence’, and it turned out that Bandi was sick, battling laryngitis, and forced to cut her performance short. However, she didn’t cancel her set, stood like a trooper while apologizing, ‘I will be making it for you, beautiful people!’ She sounded great, sick or not sick.

The Infinity stage was definitely the techno-house-electronics stage and when there are other options than DJs, I opted for them, so I picked the Supernova stage with all the big acts, and skipped Toro Moi and the 3D experience of Flying Lotus (already seen at Desert Daze) for Anderson .Paak and the rocker headliners, Foo Fighters. I also heard that Fly Lo had technical difficulties, which sounds such irony in this high tech festival.

Anderson .Paak’s set was pure joy on stage and out of the stage, a happy and colored palette going from Parliament-Funkadelic’s funk to Stevie Wonder’s glowing key to interludes of rap, the whole thing enhanced by Anderson’s generous personality and a smooth attitude. From hip hop to funk and R&B, from ‘Oxnard’, to ‘Malibu’ and ‘Ventura’, everything was delivered with the same playful attitude and an infectious joy, as he was bouncing from the front of the stage to his drums, back and forth, with a very communicative dynamism. He is certainly some crazy good drummer but he also knows how to occupy the front of the stage with humble talent, switching from one style to the next with a lot of ease, while he never forgot to bring the funk.

Paak was a riot but it’s hard to beat Dave Grohl’s enthusiasm and his herds of fans screaming, singing along and constantly pointing their fingers in the air. Foo Fighters have always rallied large crowds, and it was the case once again, although they always let me a bit cold, especially the music. Dave Grohl did his down-to-earth anti-rock star thing, he invited a fan on stage and shotgun a beer with him, he howled and screamed of joy while playing his radio-staples such as ‘All My Life’, These Days’, ‘Times Like These’, ‘Best of you’ and many others, and everyone — I mean everyone, but especially the guys — was super happy.

‘We were not sure we will be playing this show’, said Grohl, ‘Because we are in the middle of making a new record’ he added rising the excitation to another level if this was even possible. I thought for a second he would be alluding to the controversy surrounding the festival – the fact that more than 1,000 artists have boycotted the festival due to AWS’ ties with ICE – but everybody’s thoughts were far away from such preoccupation… I walked away just before the end of the Foo Fighters’ set to check out the last minutes of Kaytranada on the Infinity stage. Outside, the Intersect festival was glowing and booming, they have already announced the festival’s 2020 edition, see you next year! 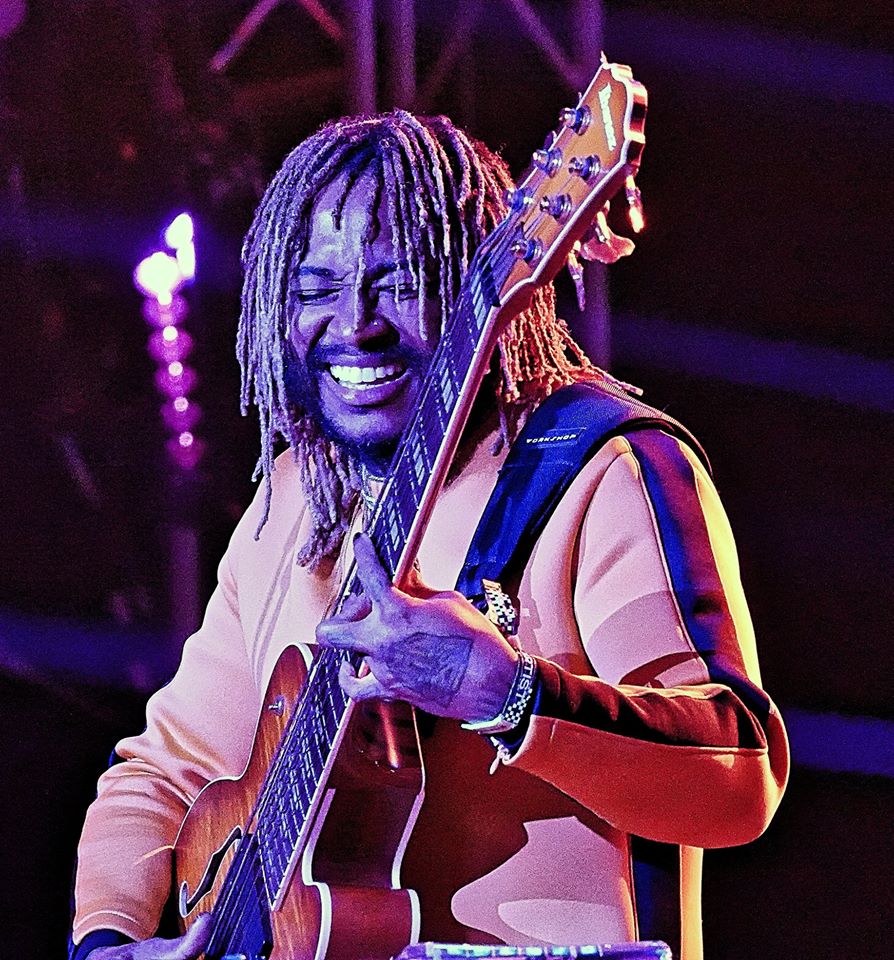 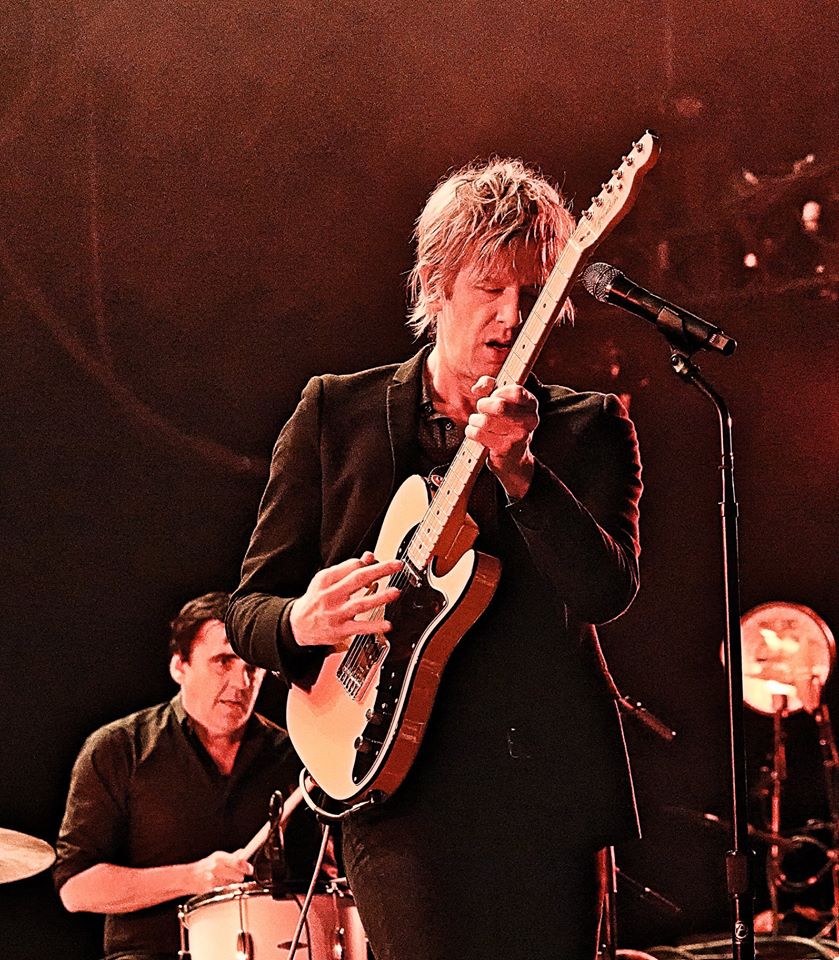 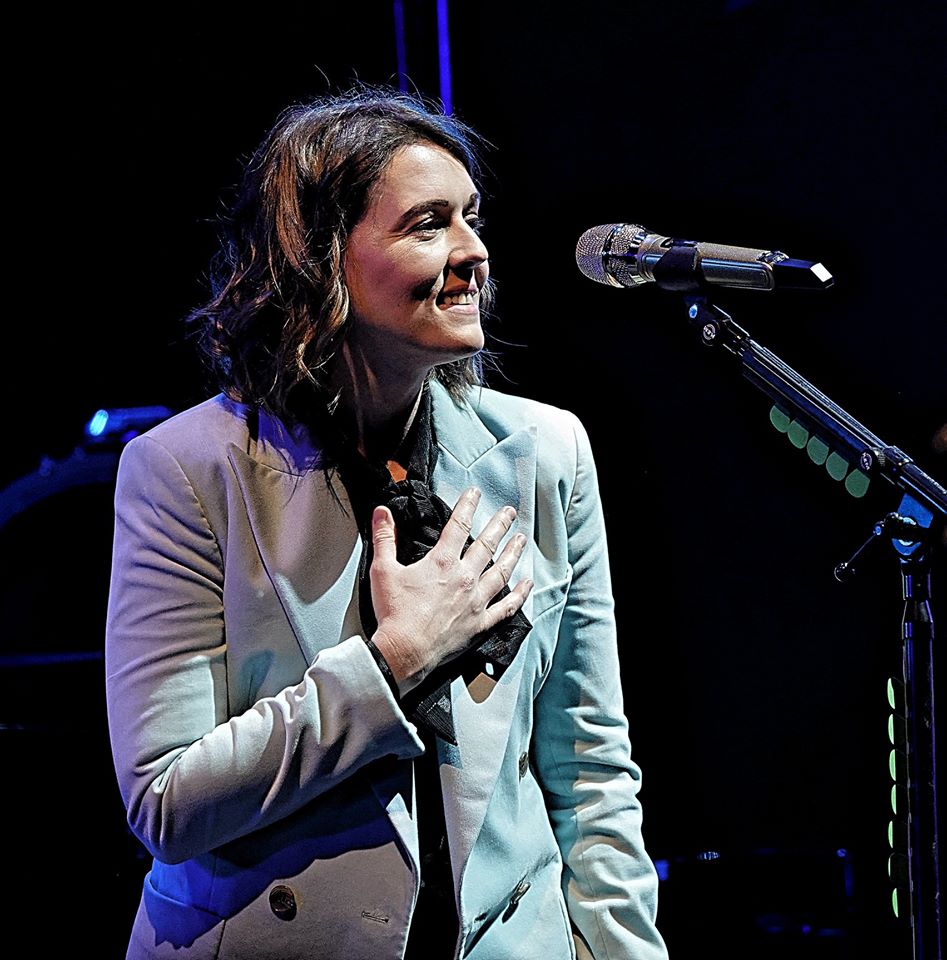 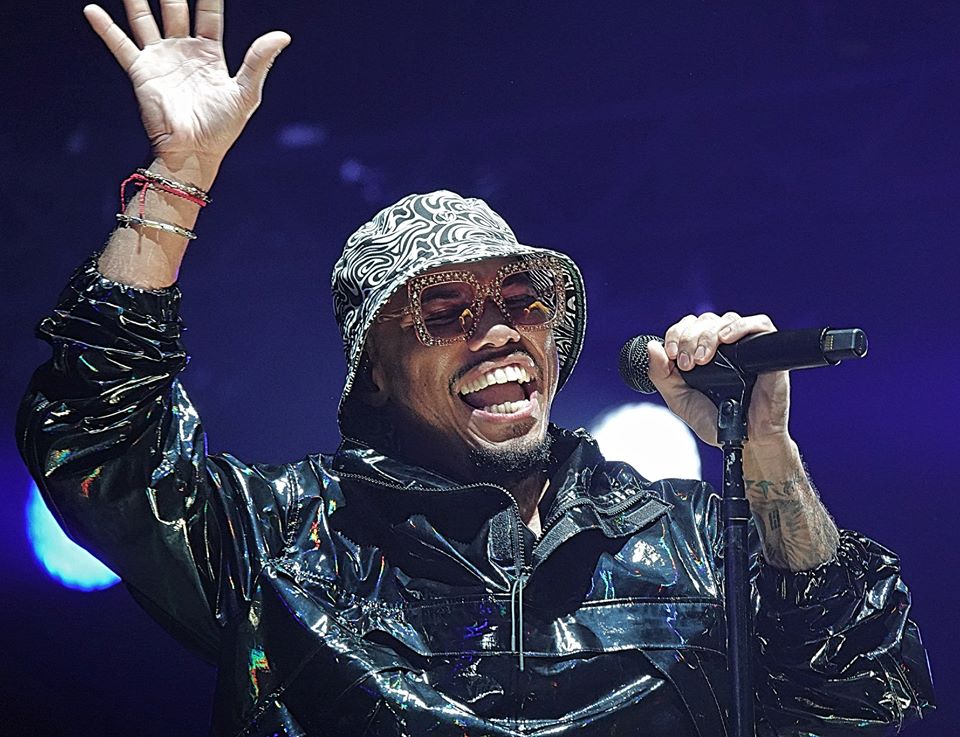 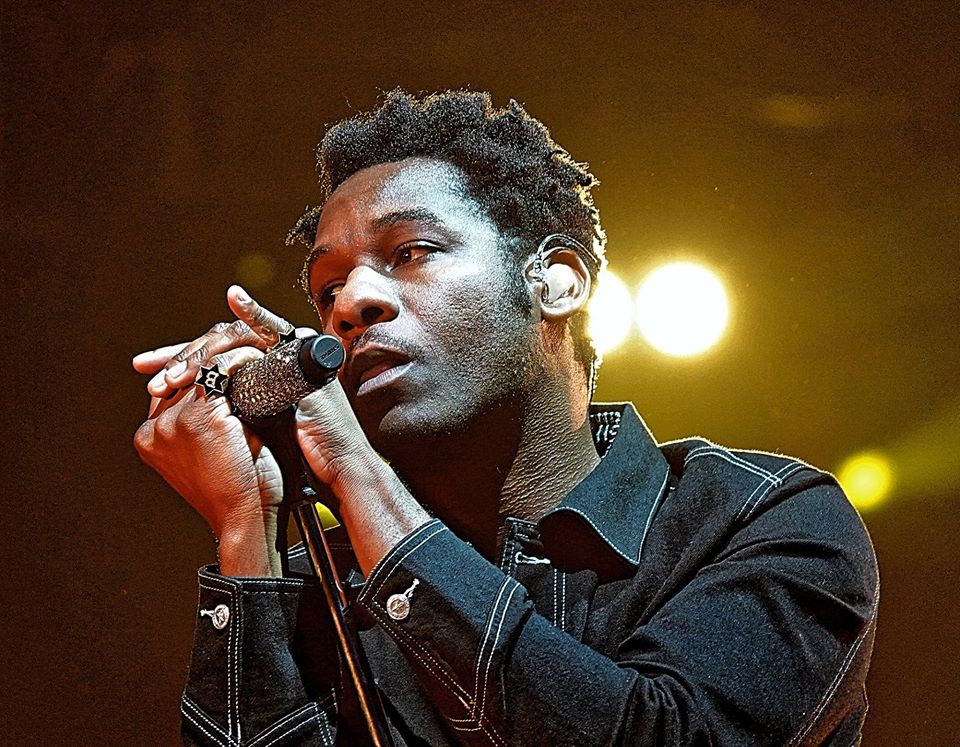 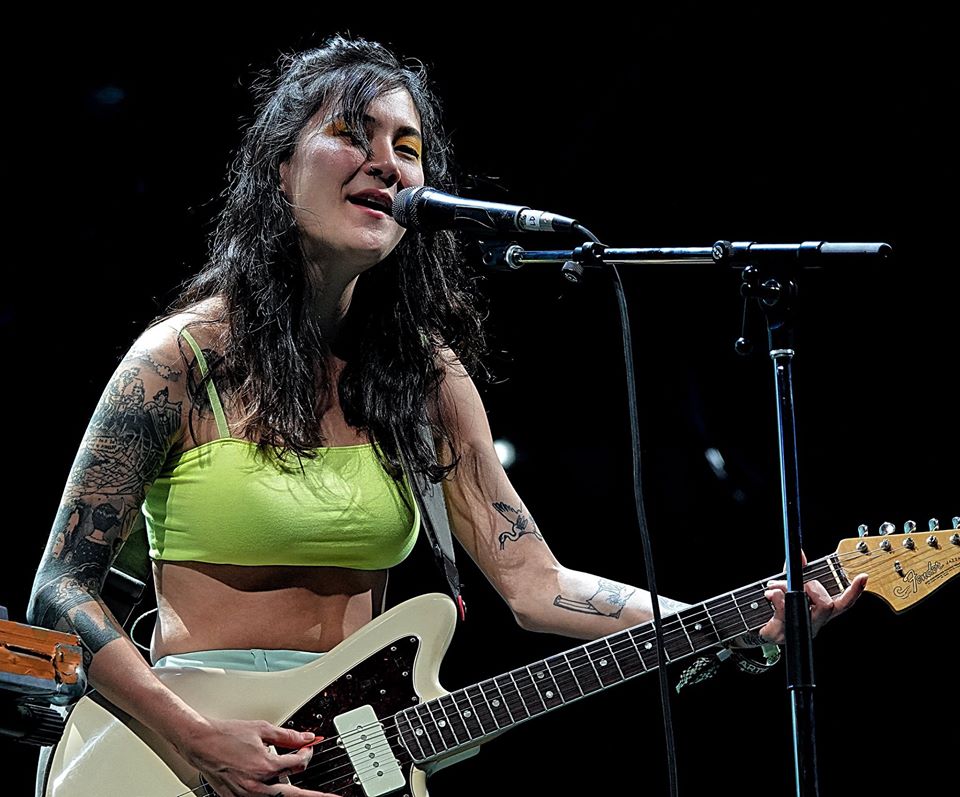