In Praise of Tom Hooper’s “Cats” 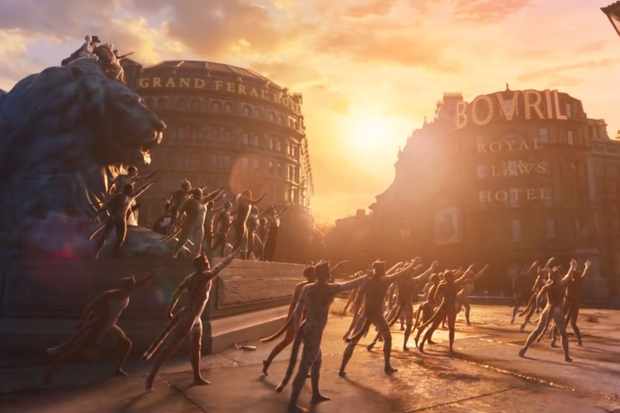 The design of Tom Hopper’s direction of Andrew Lloyd Webber’s music to T.S Eliot’s Old Possum’s Book of Practical Cats poems, Broadway smash hit (it ran for eighteen years) that suggests a certain Dickensian London, it is as though the manibles are neither cats nor man, but the street urchins who existed in the Victorian age, as if they escaped from Carol Reed’s take on “Oliver1” and have had the light shone on them. A who’s who of great English actors,(Judi Dench and Ian Mckellen,) pop stars (Taylor Swift, Jason Derulo), culture celebrities (Idris Elda, James Corden) and a  ballerina (Francesca Hayward), CGI’d into a strange, hybrid, the cat from outerspace), come together with some fairly good songs, some fairly good dancing, a soft story with a horrifying ending, The world howled in disgust at the coming attractions, and the result was predictable, the $100M budget made back $15.5M -the entire world took the bath of a lifetime -and you know “Cats” and water…

But, it really is a mystical thing, maybe it isn’t perfect but Francesca as the abandoned kitty Victoria is nearly perfect, and just about all the songs work with a flimsy premise and still stronger than the Broadway version. The Jellicle Ball where the cats tell their stories in song and the winner gets to, well it appears as though thy are being conned into thinking they get a new life but the winner probably dies.

There is a neon trashcan on the West End and the lights of London become the headlights of the feral cats who make the moonlight hours where they come from. The question is: why was it so hard to swallow? Obviously, it is all smoke and special effects, but it comes together as a glimpse of a magical London, England, it takes us to the darkness just out of view, and the Jellicle cats are like half formed humans, they are like Peter Pan’s lost children, a lost boys world with its own rules and strings. Humans are out of sight, they exist to be invaded and ignored, nothing else, except for some dancing cockroaches, exist and the world is very monochrome in that sense; either you help each other or you help yourself.

It is a world exclusively Hopper’s, it doesn’t feel and act like anything else, it is only itself. And as the cats face their audience, they become one characteristic inside a deeper form. from Rebel Wilson’s sloppy “The Old Gumble cat” to Taylor Swift’s ode to the villain of the piece “Macavity,” the songs are slight but catchy, and the performances solid and completely bizarre, it isn’t like other things. Maybe the people who despise it so much are correct in some ways but one way they are completely wrong is in not giving up to this detailed, imaginary London. It is similar to “Last Christmas,” a vision of London in festive mode, and I would hope it becomes a Christmas perennial (people will find it in a coupla months on streaming services).

There is a rule of thumb, if something as sweet and gentle as a movie musical about felines brings a uniform hatred, it can’t be all bad.