In Pop Music, Image And Looks Have Overwhelmed Everything Else 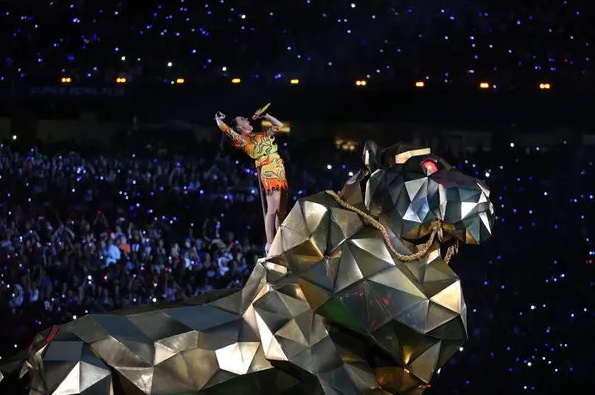 Katy Perry’s Super-Bowl performance: image and looks have overwhelmed everything else

A friend of mine once told me that he didn’t care about watching an artist if the performance was all about outfits the person was wearing. I understand that most performers have to create a certain look, but the focus on appearance, clothes, and hair seems to have taken another level since the craze of social media. The ‘70s had David Bowie and his chameleon looks, but if they were part of the show, they were just a part of it and did not eclipse the most essential thing: the great music. Now the focus is certainly on outrageous clothes and crazy outfits and a new hair premiered by a young pop star on Instagram can break the internet. Billie Eilish’s new hair color is just the last example of how superficial our society has become. She posted a photo of her new blonde look and not only she received more than 19 M likes on Instagram, but all the magazine outlets (People, Today, BBC, PageSix, Vulture, VanityFair, HarperBazaar, E!, Vogue, Cosmopolitan, and probably many other ones) just dropped an article about it? Is this really news-worthy or just an easy clickbait for her millions of fans who are drooling all over her social media. ‘Because You’re Curious to Know, Here Are All 14 Hair Colors Billie Eilish Has Had,’ Cosmopolitan declares… ‘Billie Eilish fans have been sharing a conspiracy theory on TikTok,’ Vogue wrote, ‘Billie Eilish just debuted her most drastic beauty transformation to date,’ People claims. These ridiculous headlines reflect today’s society, we are now obsessed with looks and clothes to a ridiculous level of obsession.

The last Grammys are just another example, there are endless articles analyzing Grammys fashion from the best to the worst, from Noah Cyrus’s popcorn dress to Phoebe Bridgers’ skeleton outfit to Doja Cat’s unzipped deep-plunging cleavage… Who cares? Apparently, everyone. Artists are expected to dress up for award ceremonies but all this bruhaha around clothes just looks like an unnecessary distraction, maybe to make us forget how mediocre the music is? I watched the Grammys and I cannot say I enjoyed anything I have heard.

‘They want to be famous, not make music,’ Lyndsey Parker, managing editor of Yahoo! Music, declared to CNN in 2012. ‘The music is just one facet of the celebrity.’ She added while the article was questioning Lady Gaga’s real artistry – 2 years before, she had shown up at the MTV Video Music Awards, wearing her meat dress. This seems to be truer and truer, image and looks have overwhelmed everything else, and you have to wonder, do you go to a Lady Gaga concert to see her insane outfits or to appreciate her musical talents? Why has look become so important in pop music?

This has been going on for a while, probably since the power of social media. An 8-year-old scientific study by Chia-Jung Tsay of the University College of London demonstrated that ‘people actually depend primarily on visual information when making judgments about music performance.’ Seven experiments were performed on large samples of people (either novices or professionals) and both groups made judgments about music performance quickly based on visual information. Even silent videos were used to guess winners of musical competitions: ‘The fact that novices are able to quickly identify the actual competition winners at such high rates through silent videos alone is of both statistical and practical significance,’ the author wrote. Even though people were under the impression that sound was more important information in music, ‘professional judgment appears to be made with little conscious awareness that visual cues factor so heavily into preferences and decisions.‘

We are first visual animals, and if we think we judge a musical performance with our ears, we actually judge it with our eyes. I don’t know if pop artists have read this study, but they are surely well aware of this phenomenon, looking at any over-the-top display that current pop stars inject into their flamboyant stage performances. Rihanna, Travis Scott, Beyonce, Kanye West, Katy Perry’s live shows have mutated into some huge, mind-blowing extravaganzas with fireworks and beyond… the Super Bowl performances being the apotheosis of these fantasies: you barely need the music, it’s all about the spectacle. Despite what he claimed. I am sure that my friend was also influenced by visuals, he was just not into fashion.