‘I’ll Be Your Mirror: A Tribute To The Velvet Underground And Nico’ Out September 24 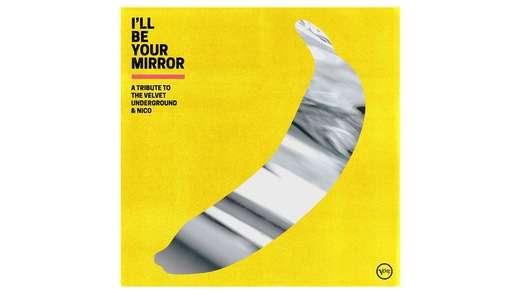 Verve Records, the original label home of The Velvet Underground, will unveil the new tribute album ‘I’ll Be Your Mirror: A Tribute to the Velvet Underground and Nico on September 24 with tracks from Iggy Pop & Matt Sweeney, St. Vincent & Thomas Bartlett, Sharon Van Etten (with additional vocals by Angel Olsen) and more;

Pre-order HERE. The record’s debut track, a version of “Run Run Run” by Kurt Vile & The Violators, is out today; listen HERE and watch/share the accompanying video HERE. Limited autographed items including vinyl and vinyl test pressings signed by Kurt Vile and other featured artists will be available HERE.

‘I’ll Be Your Mirror’ was overseen and executive produced by Hal Willner, Lou Reed’s dear friend and producer who passed away last year. Willner was a master of the tribute album, with each project he worked on extending the magnitude of the artist or work under consideration. In particular, he very much viewed himself as a primary curator of Reed’s legacy, and the care and love he felt for his friend’s work is evident in every note on I’ll Be Your Mirror. Fittingly – and sadly – it is the last album he worked on.

The 1967 release of The Velvet Underground & Nico, the Velvet Underground’s debut album with its iconic Andy Warhol-designed peel-off banana cover, was a seminal event, kicking off a process of aesthetic infiltration that continues to this day. The record single-handedly redefined the boundaries of what rock & roll could achieve and express, inventing the very notion of alternative rock and laying the blueprint for punk, grunge and every rebellious underground gesture to follow.

While the Velvet Underground’s Avant-art credentials are on full display on I’ll Be Your Mirror, Kurt Vile & The Violators’ guitar-charged “Run Run Run” provides a reminder that they were often also a torrid rock & roll band.

Kurt Vile, who recently signed with Verve, says:  “I literally covered “Run Run Run” when I was a kid. In my late teens with my band at the time. So it was pretty cosmic, let’s say. There is a direct connection to certain indie bands and beyond w/ the Velvets. That’s why the Velvets are a classic. You know it can have doo-wop in there and things like that, but it can also have this jagged noisy thing, and it immediately let me feel like I could do anything. The possibilities are endless. You’re completely free. Unapologetic and effortless.”

Before the Velvet Underground, the idea that a band could not have hits and still be important was unthinkable. But as Reed never tired of pointing out, after the Velvets, rock & roll could make an appeal to posterity, could look for recognition beyond the present day, in the same way that poetry, fiction, drama, painting and all the other so-called “high” arts could. If the Velvets had only made this one album, they still would be among the most significant and influential bands in rock history.

Founded in 1956 by impresario Norman Granz in order to create a fair and just label home for Ella Fitzgerald, Verve Records has become home to some of the most pioneering acts in music, including Ella, Billie Holiday, Louis Armstrong, Nina Simone, The Velvet Underground, Frank Zappa, Dizzy Gillespie, Sister Rosetta Tharpe, Oscar Peterson, Sarah Vaughn, and more. Today, the label continues this rich legacy with artists such as Jon Batiste, Cynthia Erivo, Bettye LaVette, and more.

Jamie Krents, head of Verve Records says, “The VU are a fundamental part of Verve’s history, and their fearless approach and musical integrity continue to inspire all of us at the label. We were so lucky to partner with the late Hal Willner to pay tribute to the band’s iconic first album. It’s an absolute honor to have every one of these artists on a Verve recording and we hope this album finds a welcome place in the record collections of VU fans new and old.”

I’ll Be Your Mirror: A Tribute to the Velvet Underground and Nico