If Information Really Wants To Be Free, Why Am I Paying So Much For It? 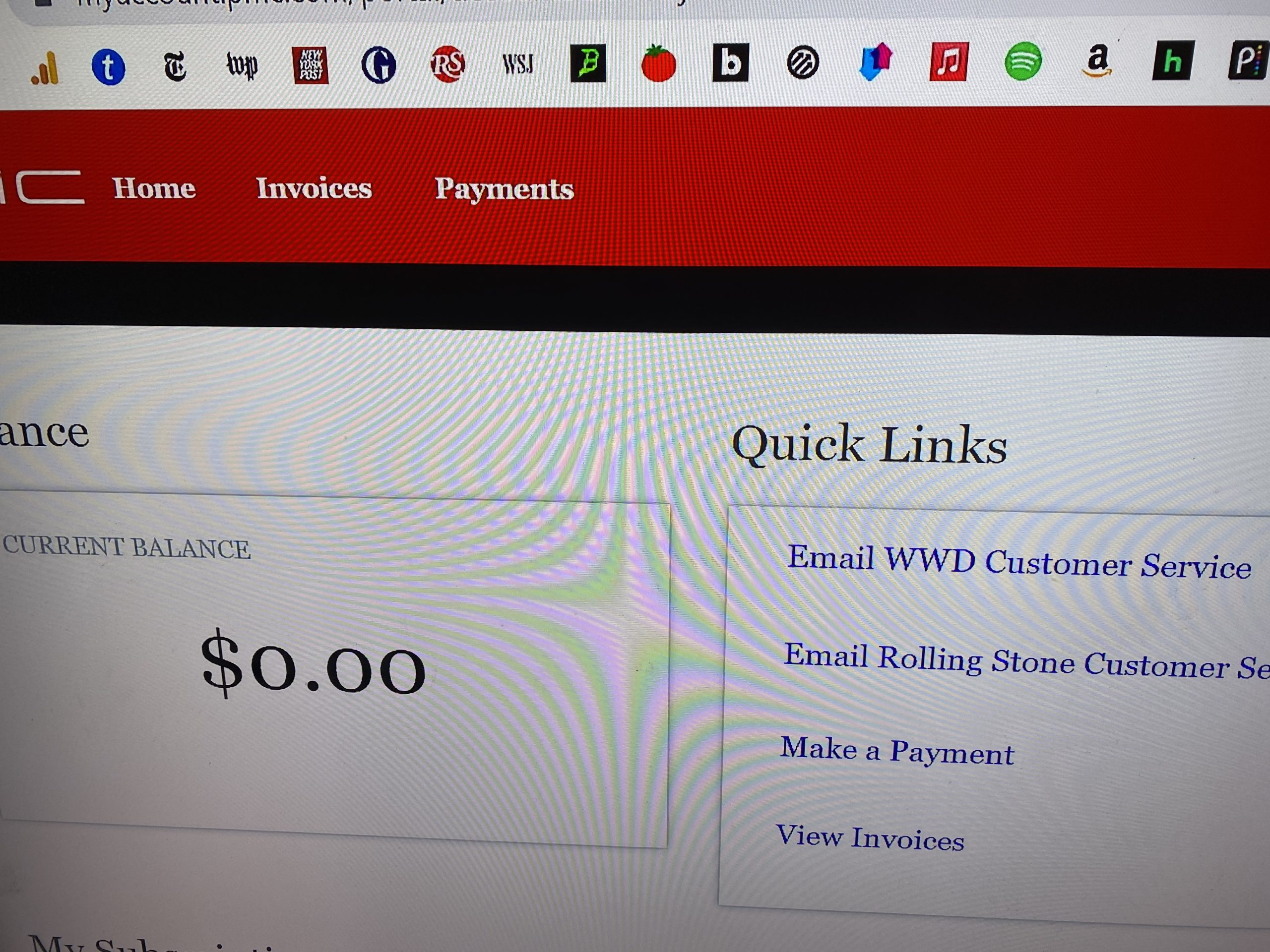 In theory, anything that breaks down a wall is fine with me, but in practice…

Before the pandemic hit I was paying to get behind the paywall for only New York Magazine (aka Vulture) and the New York Times. That is no longer true. With the addition of the Rolling Stone paywall being crushed through money, here is a list of what I pay to read.

Part of this is the price of running a music website, I need to be well informed to do so. Part of it is the Trump/Pandemic effect, I want to be very well informed, but most it is boredom: I’ve added at least fifteen hours a week to my leisure time by not commuting, and also I have added another twelve hours a week because there are no live concerts anymore. In effect, I’ve added another day a week of leisure since late March.

The New York Times – not the honest brokers they once were, and I catch em not covering things they should cover. Trump’s election in 2016 was a debacle for the paper. They are so woke they are insulting and end up in conflict with their writers, who brook no disagreement and cancel you if you push it. But their overseas coverage is without precedent in this day and age and their music criticism is probably the best in the business . Since 2016, the cost has gone from $7.50 to $10 to $15 to the current $17 Grade: A-

Rolling Stone: I despise Rolling Stones record reviews, I don’t think they are very good on music opinion. But their music news is important (especially for me), their musician profiles (the current one on Toots Hibbert is exceptional) are the best in the business, their archives a treasure trove . I stopped subscribing to the magazine (and they continue to send it to me -for obvious reasons, I add to the subscription base) and tried to use it to sneak onto the website but couldn’t do it. Matt Taibbi is great on politics Cost: a touch pricey at $7.99 a month

Vulture – They get the 2020s very well, and they cover music better than sister website Pitchfork (they are much less self important, Pitchfork just gave Toots Hibbert a 6.54 -unreal)  Intelligencer (their current affairs section) meets well with my lefty leanings, but they lean harder and I don’t always believe them , or at least agree with, their opinions – Cost? A fiver – Grade: B+

The Wall Street Journal: Rupert Murdoch’s publication, if NYT didn’t exist I would prefer WP, but since it does WSJ makes for an important different voice. I don’t know what you’ve been told about it plus trust me it is a very good paper. The absolute opposite of NYT on many things, but it isn’t Infowars. It isn’t close. I loath many of their Op Eds but they have a much closer handle on the upper class of Trump supporters and Republicans. I had lunch in 2016 with the head of a huge media company’s television sales department and he said he planned to vote Trump. It was the first time time I thought that perhaps Trump could do it. He is the typical reader. Their music reviews should be better but their movie reviews has one of the best in the business  Joe Morgenstern. Cost? Hold your breath: “Your credit card will be charged $1.00 total for the first 2 months of your Wall Street Journal subscription. Thereafter, service will automatically renew and your credit card will be charged $19.49 per month for the next 12 months then $38.99 monthly thereafter…” – B+

The Washington Post: If I was to cancel any publication it would be WP.  For one thing, their tagline makes me throw up in my mouth. What the hell is “Democracy Dies In Darkness”? What self righteous morons. Why not use “Iman Sleeps In Darkness,” which is true unless I am having an afternoon nap? For another, well they do scoop NYT from time to time, but it has been a long, long time since Watergate. Also, Jeff Bezos owns it and if he cares that much about shedding light on the (to quote Dubya) evil doers, why not lose a billion bucks on the enterprise and make it free -Price: It cost me $29 for a month, not sure how it will kick in after that – Grade B