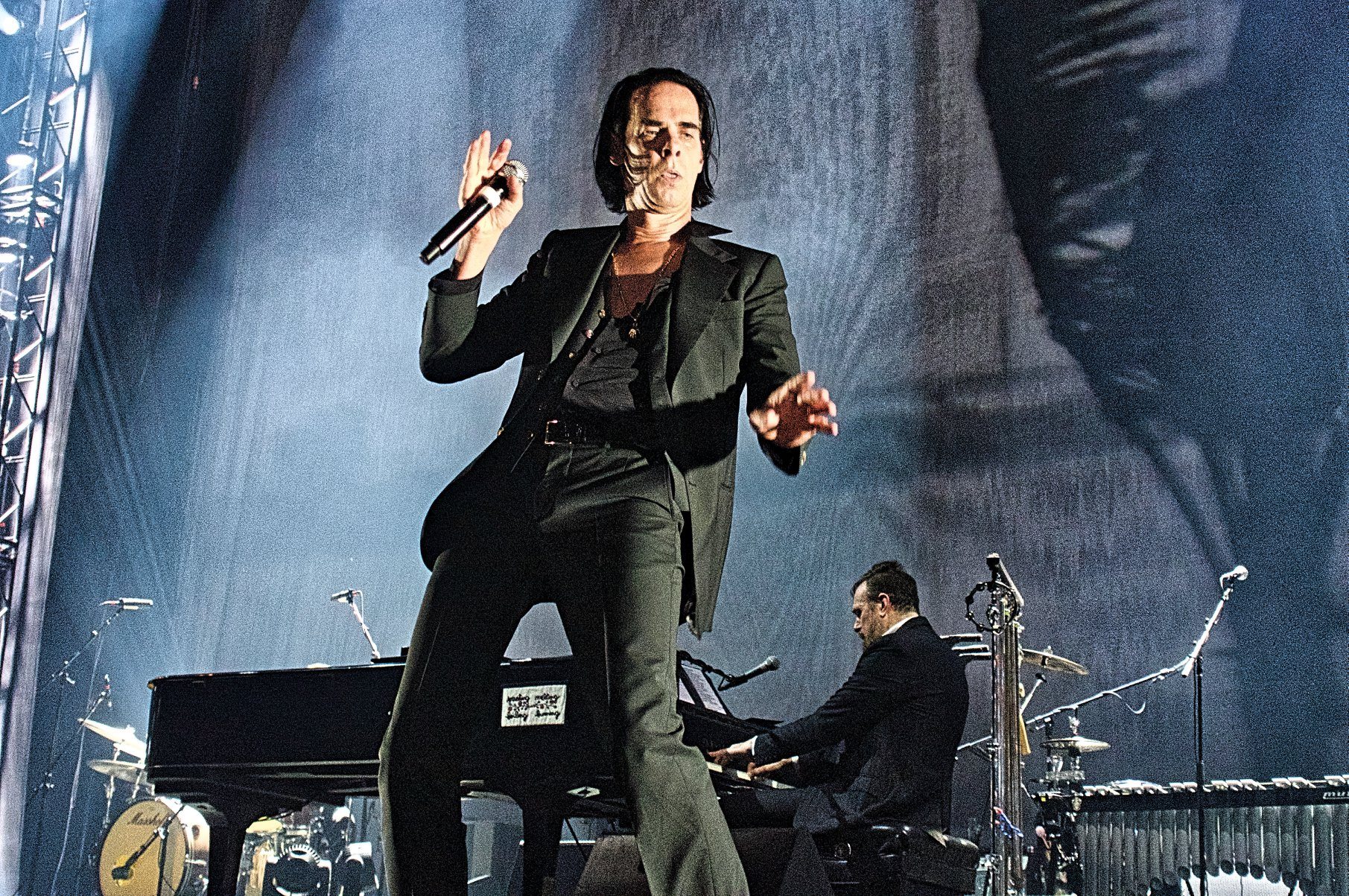 Nick Cave (at the Forum)

The entire world will have the chance to watch ‘IDIOT PRAYER: Nick Cave Alone at Alexandra Palace,’ a solo performance by Nick Cave this Thursday, July 23rd. ‘Idiot Prayer’ is of course a song from his 1997 album, ‘Boatman’s Call.’ His last tour, that was about to promote his last album ‘Ghosteen,’ was obviously canceled due to the coronavirus crisis, and this is the only alternative offered to us for probably a very long time.

Nick will perform alone at the piano (sans the Bad Seeds) in the West Hall of the iconic London venue Alexandra Palace, but the disappointment is that the show has already been shot this June, so we will actually be streaming a film, and not a performance happening live. Does it change anything? Certainly, as the film was shot by award-winning cinematographer Robbie Ryan (The Favourite, Marriage Story, American Honey) and has been edited by Nick Emerson (Lady Macbeth, Emma, Greta). The video is guaranteed to have the polished quality of a Blu-Ray movie and will probably have nothing of the spontaneity of a live performance. Even though they say that ‘IDIOT PRAYER’ will be streamed as a live experience – there will be no possibility to pause, rewind or fast forward the stream – I would not call it a live show. The stream will nevertheless have something unique as the show will not be available to view online following the event – could it be sold in DVD format in the future? They don’t say.

I know that live performances with an audience are not possible right now, and won’t be for a long time, but it may have been a missed opportunity to produce a performance as close as possible to a live show with its part of unforeseen and fortuitous details. As other performers have done it?

For having seen Nick Cave in concert several times, I know how much time he spends interacting with the crowd during the show, jumping over the pit, reaching hands and even bouncing in the middle of the audience, or even crowding the stage with people. This has become his signature, his style, and this is why each of his show has been totally unique. Since the room will be empty, nothing close to his usual stage antics can be expected this time, it will be a calm piano recital, browsing his extensive catalog, from early Bad Seeds and Grinderman to the most recent Nick Cave & The Bad Seeds album, ‘Ghosteen,’ whose songs have never been performed live. I don’t expect too many surprises, although we have been promised rare tracks that most fans will be hearing for the first time. Then the ‘Ghosteen’ cuts could be the highlights of the show and extremely interesting to listen to, in this piano-solo context. They were never intended to be the ones making him bravely leap over the crowd anyway.

The running time of the concert is approximately 90 minutes, and tickets to view the film stream online on Thursday 23rd, are now available at four times globally:

When the show is about to start, the link to join will appear on the ticket, or a stream link will be emailed on the day of the show.

The streams will not be restricted to the territories above, these are indicators to help determine which time zone is best for viewers. I will pick mine at 7 pm Pacific Time…