Idiot Prayer, Nick Cave Alone At Alexandra Palace, The Perfect Testimony Of This Moment Of Loneliness 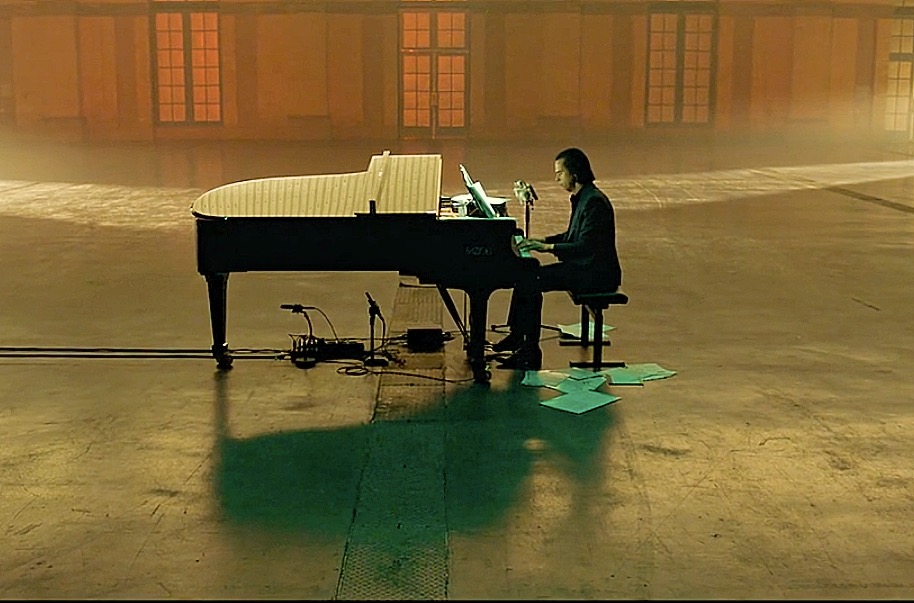 The furniture is gone, Nick Cave walks alone in these beautiful and empty galleries of Alexandra Palace in London and sits at his Fazioli grand piano, standing in the middle of this immense hall. On Thursday night, I streamed ‘Idiot Prayer, Nick Cave Alone at Alexandra Palace,’ a filmed pre-recorded performance that gave a piece of solace to the fans still grieving the cancelation of the Nick Cave and the Bad Seeds tour, a tour that has not even been rescheduled so far.

The concert – which run for close to 90 minutes – went as smoothly as expected, with Nick Cave browsing his Bad Seeds/Grinderman catalog while the cameras brought us plenty of subtle nuances with close-ups of his face, his back, his hands, his fingers, covered with many gold rings, effortlessly bouncing on the keys. The light was often of a warm yellow to glowing blue-purple, almost amber-ish at times, and the sumptuous venue gave to the show the solemnity of a timeless production.

Nothing can replace a live experience, and nothing can certainly replace a Nick Cave and the Bad Seeds live experience, but this concert was certainly taking a very different approach than their last high-energy, disheveled, restless performances. It was the anti-thesis of Nick Cave jumping above the pit during ‘Stagger Lee’ and falling on his two knees during ‘From Her to Eternity.’ Nick was definitively alone, sans the Bad Seeds, and he only moved to throw away his pages of lyrics on the floor.

On the other hand, the concert had nothing of the casualness of all the live streams we have been used to since the beginning of the pandemic, it was polished, produced by wife Susie Cave, and you could tell a lot of attention had been paid to the details, like these booklets, pages of lyrics artistically crowding his piano in a beautiful chaos of paper, probably to give us the impression of a work in progress. As a matter of fact, the first images of the video had shown him writing lyrics on a piece of paper, maybe to offer the illusion of a last-minute decision or improvisation.

Of course, I would have loved to hear more songs from his last album ‘Ghosteen,’ but Nick opened the show with the spoken words of ‘Spinning Song,’ and closed it with ‘Galleon Ship,’ two perfect bookends for a performance which also included ‘Ghosteen’s ‘Waiting for You,’ as well as the rarely played ‘He Wants You’ of ‘Nocturama,’ and the unavoidable but essential ‘Into my Arms.’ He could not have possibly played the range of songs he usually performs with the Bad Seeds, it was only Nick and his grand concert piano, but we got some of them anyway, all stripped down and all-fire nevertheless, as ‘The Mercy Seat’ and ‘Jubilee Street’ were some intense highlights of the entire performance, while Grinderman’s ‘Palaces of Montezuma’ rocked the Alexandra Palace.

Despite an almost muted laugh after ‘(Are You) The One That I’ve Been Waiting For?,’ the mood was overall gloomy, the sound of the piano, as perfect as anyone would have expected, was building a dark pathos so familiar to the Bad Seeds’ song, while Cave’s baritone never failed to reinforce the feeling of loneliness emanating from the entire performance. But how could we not feel lonely, how could we not feel depressed in the middle of a pandemic which seems to linger with no end in sight?

This was a show without the usual balance found in a Bad Seeds performance, there were no bangers, no tempest, no ‘Red Right Hand’ no ‘Stagger Lee’ to compensate the sorrow and lugubriousness of the rest of the songs. Instead, the concert was all melancholy, all mournful, and all bleakness, there was almost no escape to this mood and it was the perfect testimony of this moment of loneliness embodied by the year 2020.

There were nevertheless more optimistic moments, ‘Sad Waters’ had these Christmas-lights luminous touches of sonata and the light was filtering through the cracks of depression during ‘Nobody’s Baby Now,’ with these mini waltz-y piano loops that were shining inside the song. ‘He Wants You’ was another necessary ray of sunshine which could provide an escape from the gloom. The intensity of ‘I am transforming, I’m vibrating, I’m Glowing/ I’m flying, look at me now’ during ‘Jubilee Street’ was intact while his fingers were stabbing the keys in a loop. In fact, Cave’s easiness to blend the sacred and the profane had never been more visible, as he was transforming trivial moments into the most memorable signs of transcendence, at the image of ‘The face of Jesus in my soup’ of ‘The Mercy Seat.’

If I sincerely missed Warren Ellis’ extravagant violin, the mystery of some songs was unscathed by the lush and polished format of the performance which resonated like a slice of deadly winter in the middle of summer. Nick Cave was shining at what he does the best, singing his poetic lines about the mysteries of love, death, and the human condition, embodied by him screaming ‘Can you feel my heartbeat,’ during ‘Higgs Boson Blues.’ His performance at the Alexandra palace added a coat of gravitas to this already canceled summer, with a show that could become the soundtrack of the season of the virus with the COVID sirens still bawling in the background.

On a side note, I experienced a few slight glitches in the streaming, however contrarily to what had been announced, the movie could be paused and rewound for some time, so who could have complained?

Spinning Song (Spoken Word Version)
Idiot Prayer
Sad Waters
Brompton Oratory
Palaces of Montezuma (Grinderman song)
Girl in Amber
Man in the Moon (Grinderman song)
Nobody’s Baby Now
(Are You) The One That I’ve Been Waiting For?
Waiting for You
The Mercy Seat
Euthanasia (New song)
Jubilee Street
Far From Me
He Wants You
Higgs Boson Blues
Stranger Than Kindness
Into My Arms
The Ship Song
Papa Won’t Leave You, Henry
Black Hair
Galleon Ship 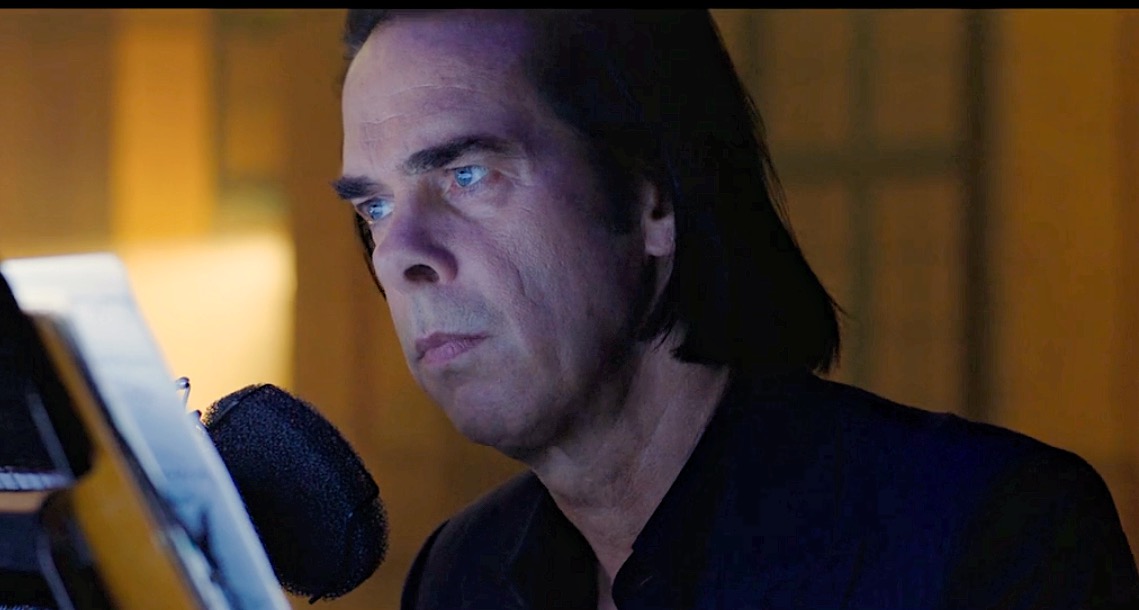 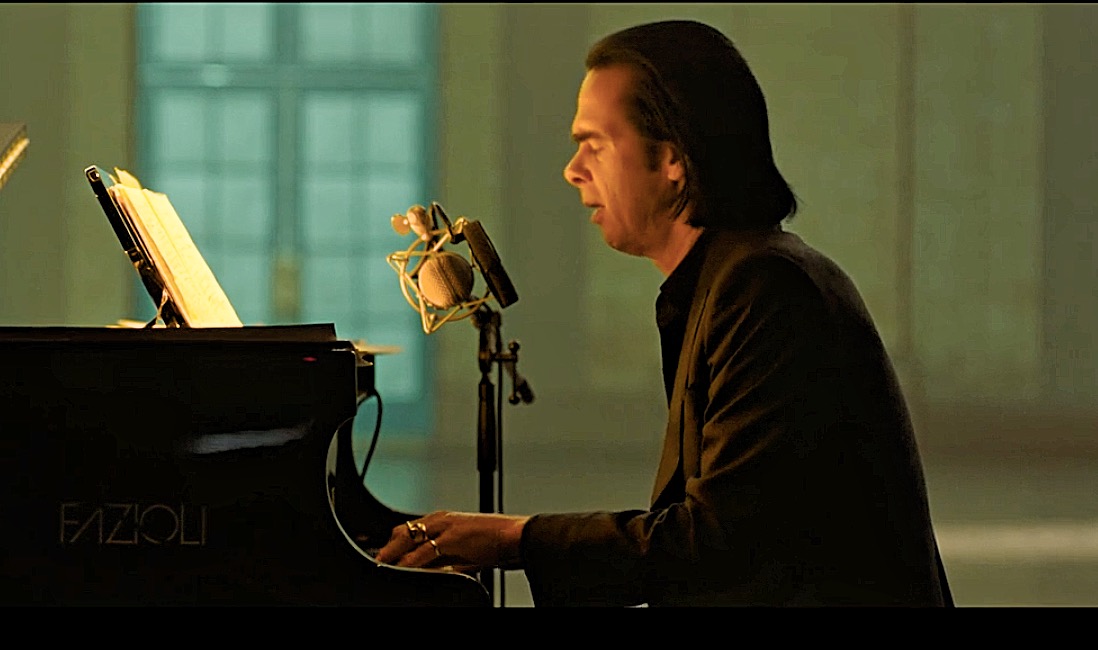 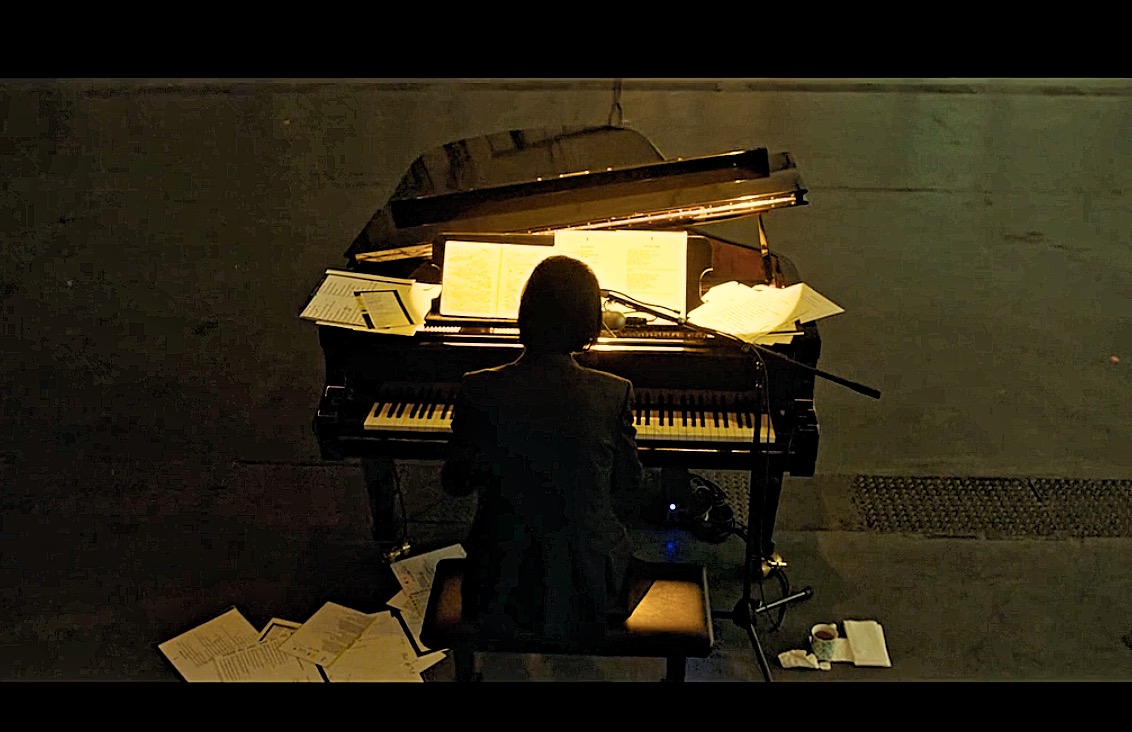 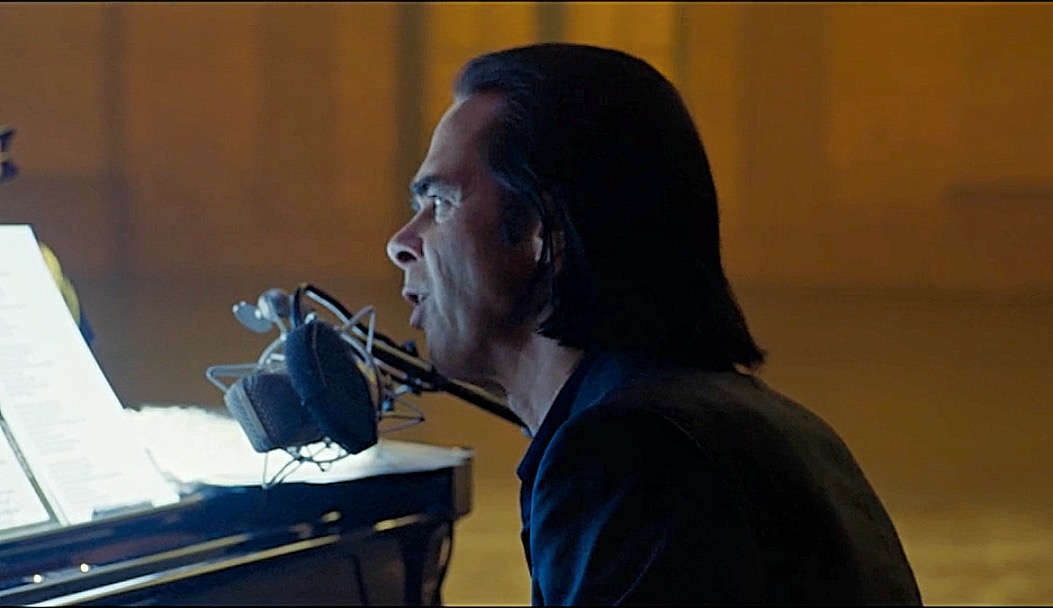 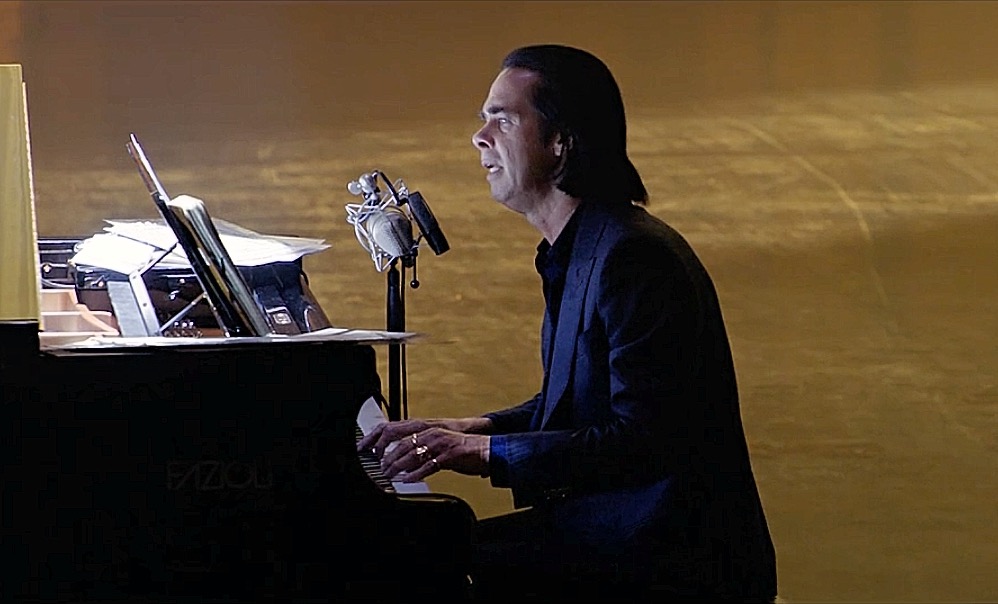 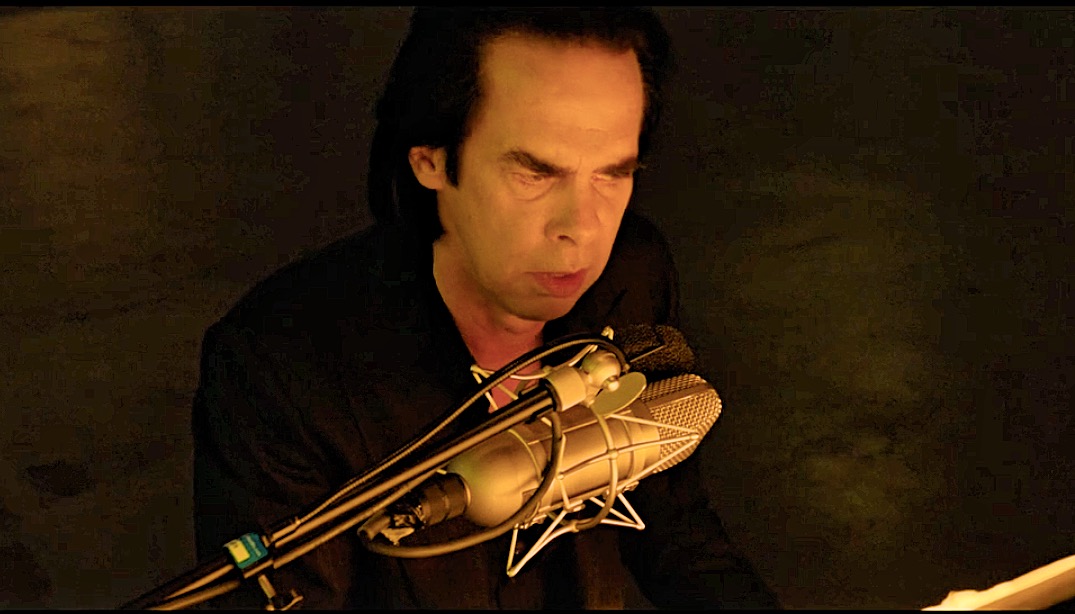 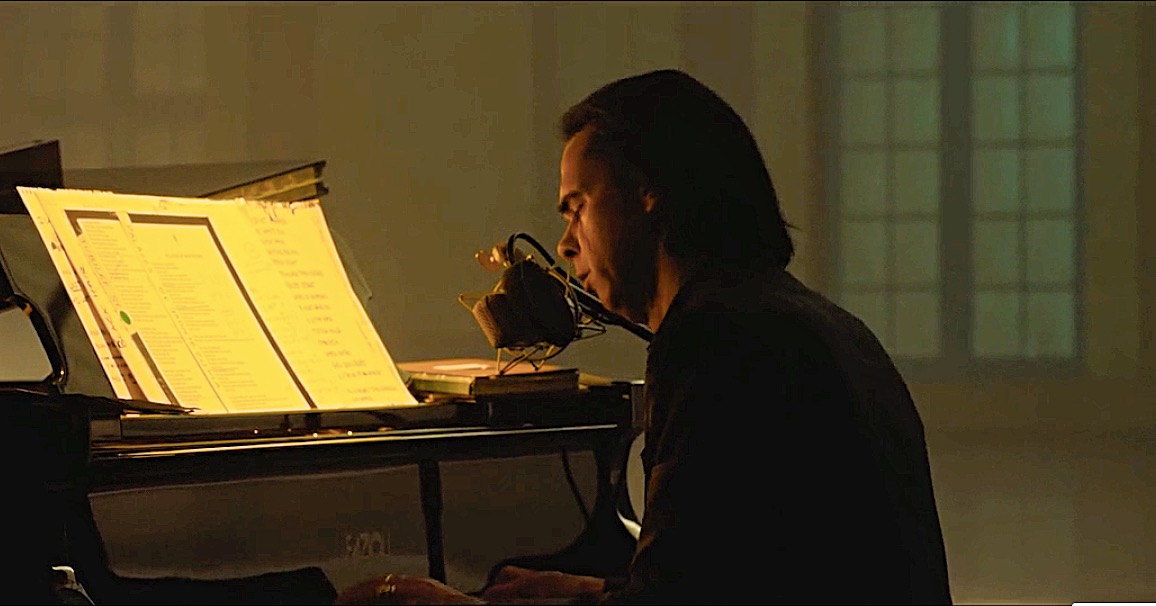 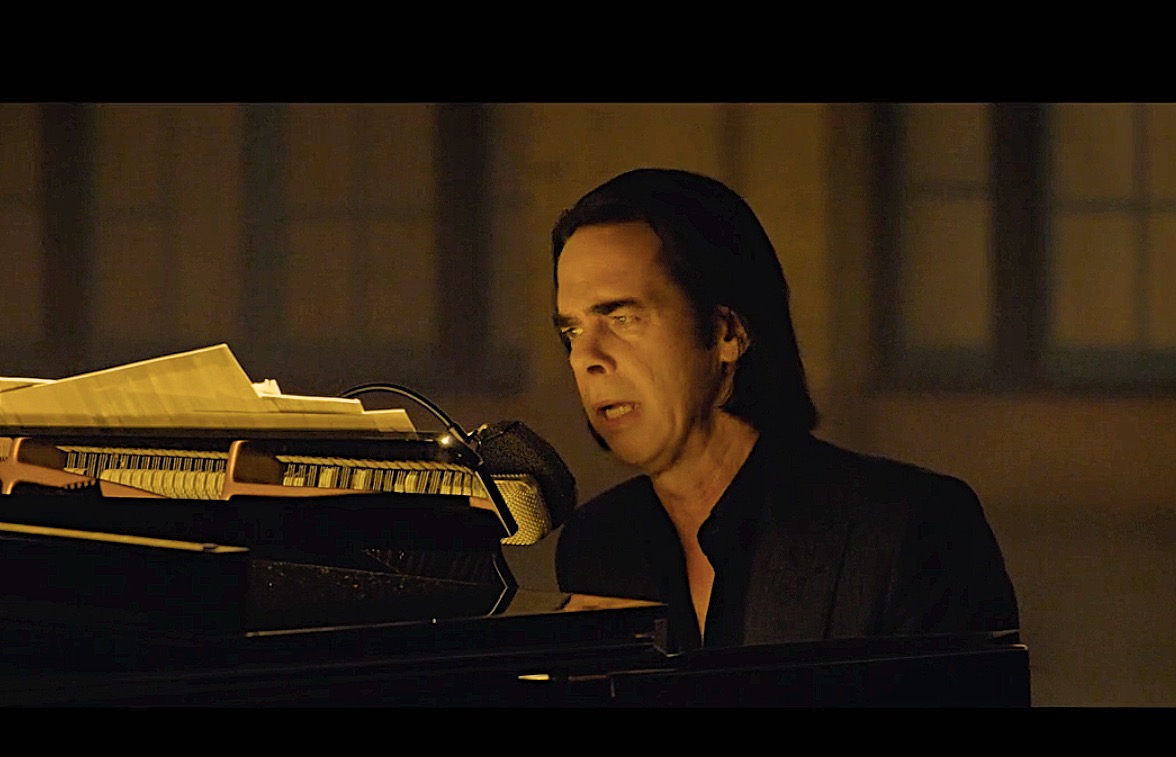 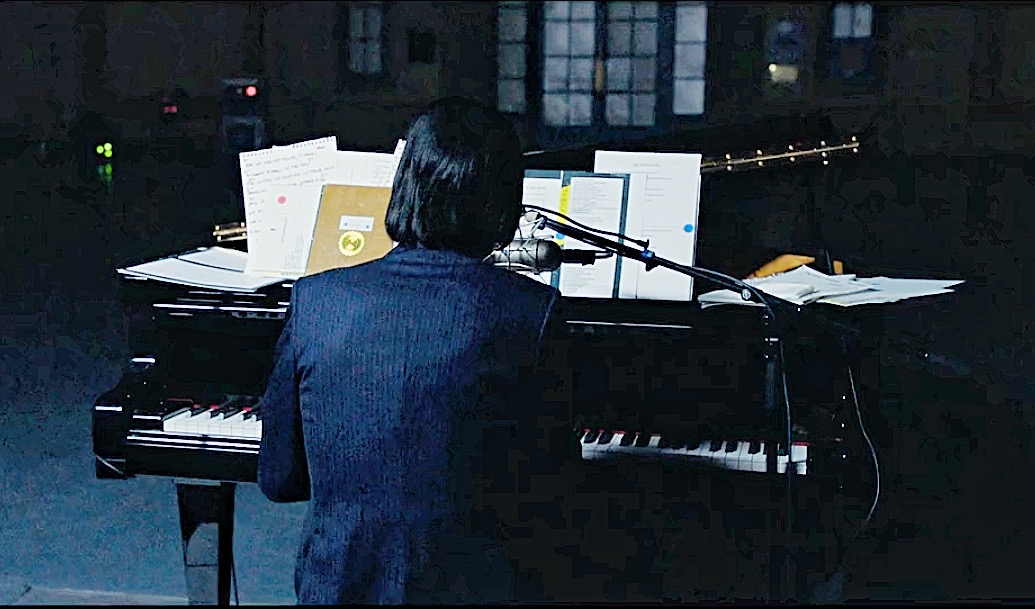 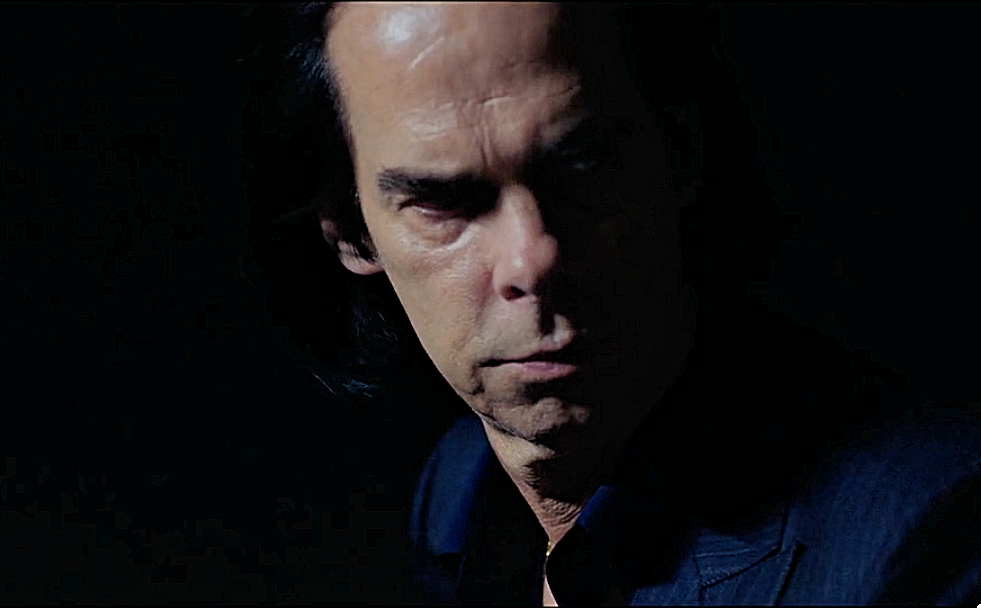 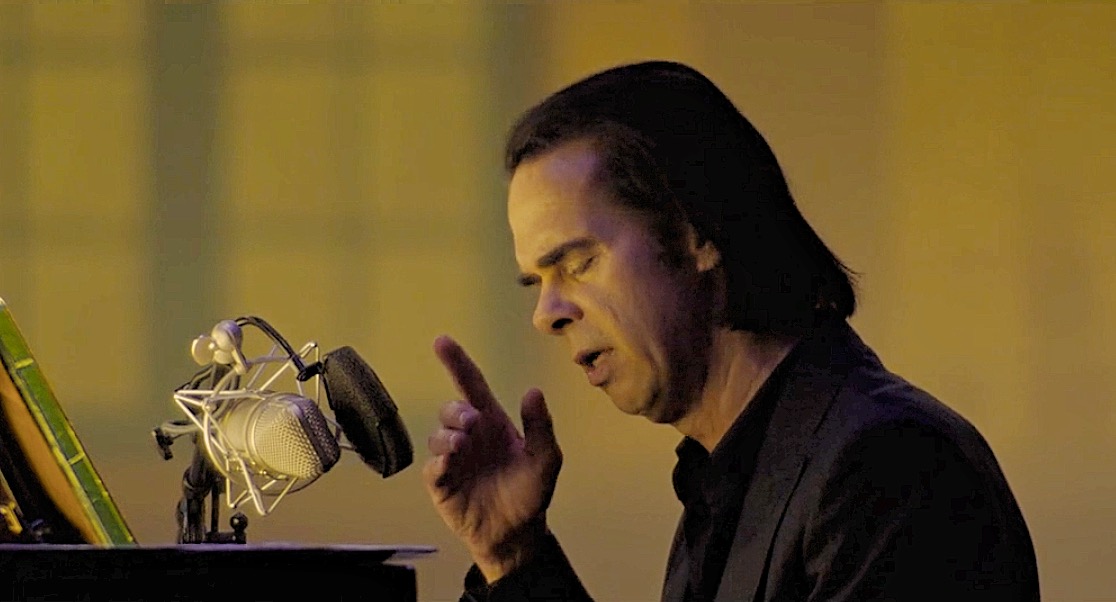 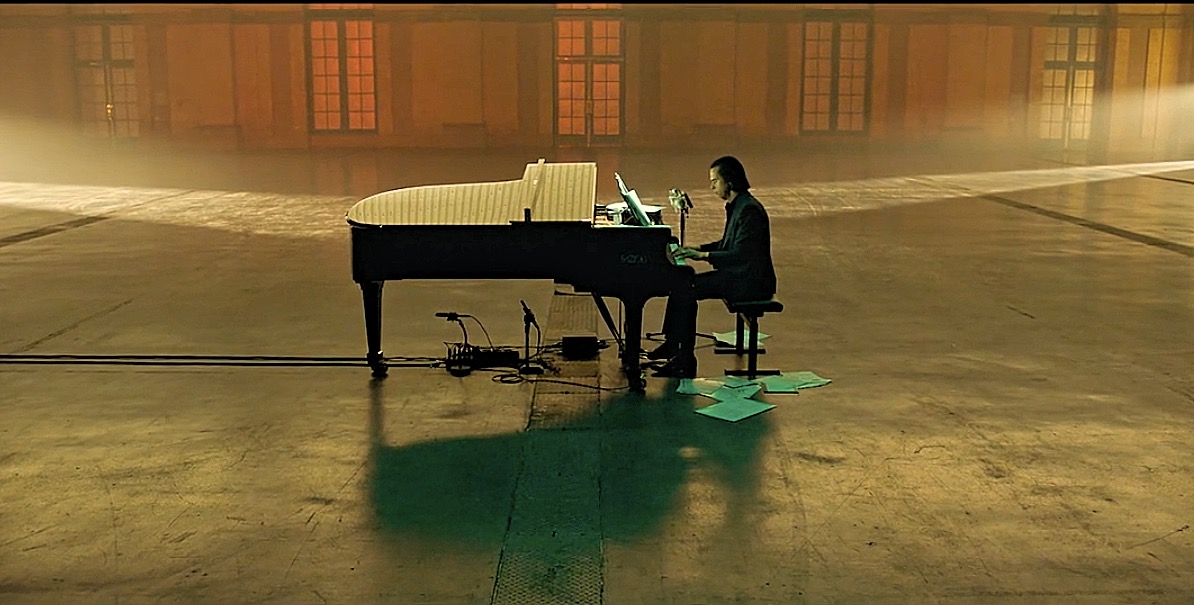 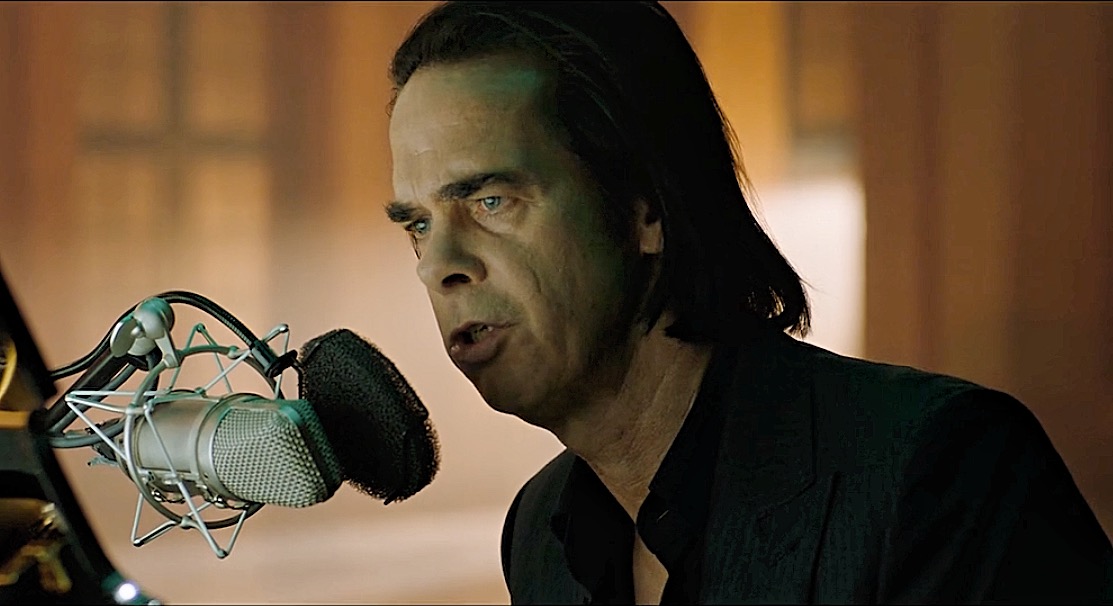