I Saw It So You Don’t Have To : Julianne Moore In “Gloria Bell” Reviewed 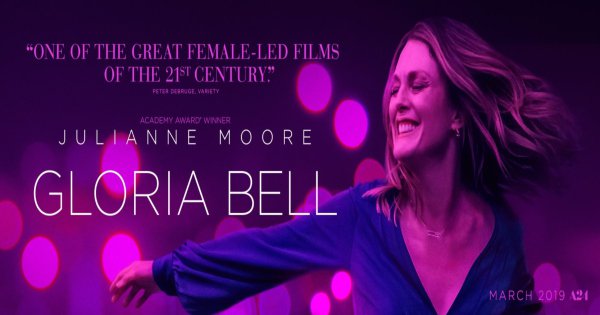 I’m sorry, 3 minutes in and I no longer care about Julianne Moore’s character, Gloria. Mid-life, single woman drama is always such an unremarkable bore-fest anyway. The outset of the movie wanders from scene to scene until we are left wondering if a plot will ever rise anywhere from the greyish sludge of mood.

Poor Gloria discovers in her apartment, a creepy bald cat that somehow sneaks in every day. ok. I’d say that’s a problem, she has no clue how this animal gets inside each day. Not the plot.

Her low energy son is left with a baby after his wife vanishes into the desert to find herself. Nope. Not the plot either.

Her daughter gets involved with a world trekking big wave surfer from Sweden. Gets pregnant, moves to Sweden. You thought that was the plot? Nope.

Gloria regularly goes to a rather sad bar to dance but we get no feeling of if she’s taking guys home or what. She likes to dance. By herself. She’s quirky like that. That point gets driven home multiple times- hey, older woman still free spirit! She meets a rather damaged and low level creepy guy, I have a negative 2 on the scale of feelings for John Turturro’s character who leads her along a relationship and vanishes abruptly and regularly. Turns out he’s still married. Of course he is. Ooops . Did I spoil the ending? No? That’s relief you’re feeling after avoiding 1 hour and 42 minutes of sitting though this laundry list of a movie.

Fan of gratuitous topless scenes? Appearing topless was just “part of it” because “we wanted to add a level of reality to the situation. It’s part of the storytelling. It adds a level of reality.” This is Julianne Moore’s words describing the sex scenes. “People never have sex the way they do in the movies.” Mmm. Speak for yourself… So anyway, this does not explain the topless scene with the weird cat.

Yours truly is not buying the boobs for arts sake here, if this is “real sex” where is Turturro’s whang dang doodle then?

The entire vibe of Gloria Bell is depressing and maybe that’s the point, but why bother if we can’t care about the characters?