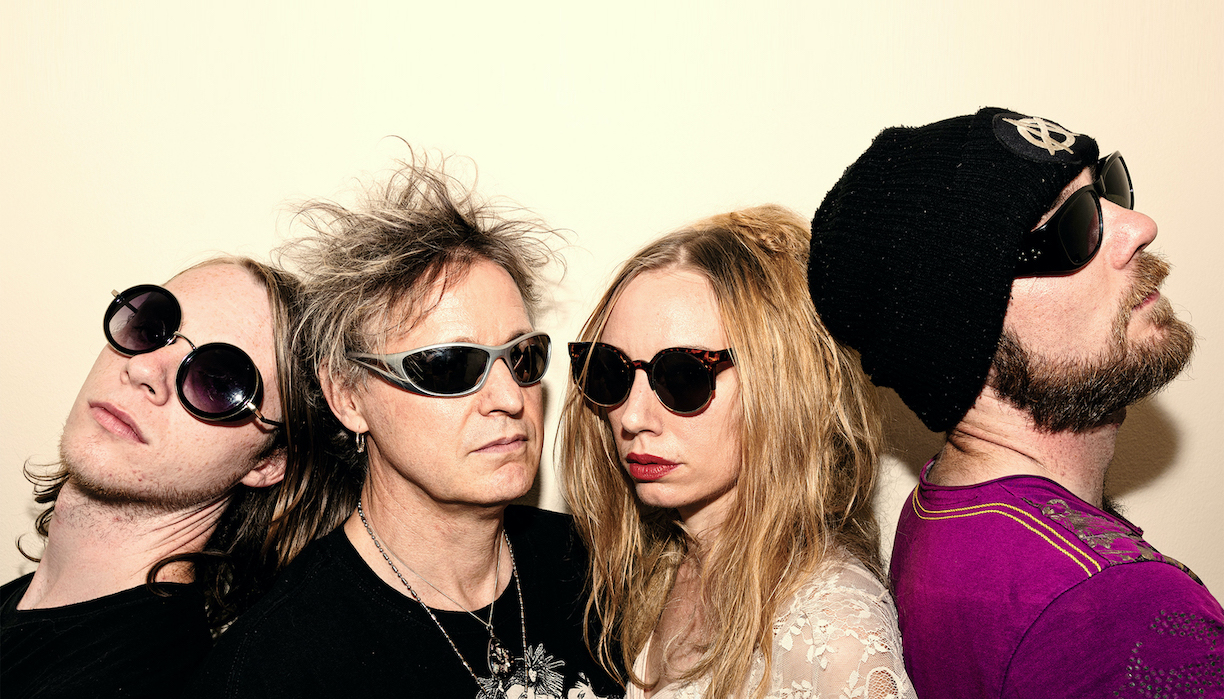 Since the beginning of the lockdown, videos and live streams have to be the only way for bands to stay connected with their fans. London-based punk-grunge Healthy Junkies have released a video for their song ‘Tricky Situation,’ the third single from their most recent album released a few months ago on Banana Castle and recorded during the long stay-at-home order.

Guitar-driven, the raucous song explodes with raw riffs and sheer punk energy, while they never forget the melody, empowered by Phil Honey Jones’ commanding voice and Nina Courson’s high-pitched back-up vocals. With its pure pop-punk power chords, this infectious thunderous banger soon becomes as catchy and upbeat as something from early Green Day with a Blondie sex-appeal.

Since the passionately delivered tune is also politically charged, they made ‘in search of a revelation’ rhyme with ‘bloody revolution,’ and partially filmed the video in a church. Guitarist Phil Honey Jones explained: ‘the lyrics take on a variety of tricky situations including ‘getting lost in translation’, ‘a bloody revolution’ and problems with ‘The U.S immigration’. The Brexit fiasco is referenced with ‘No deal, no good’ and ‘Off with her head’ being symbolic of course.’

With a touch of glam and trash, Healthy Junkies’ new single has an authentic punk rock flair, a blistering sound, and fired-up energy. The performance also solidifies the strong chemistry between writing partners Phil Honey-Jones and Nina Courson, whose bond was formed almost ten years ago through music as a form of healing and self-expression. ‘Tricky Situation’ is the last track of their 5th studio album, ‘Forever on the Road, Pt.1,’ that features a haunting cover of the Nirvana classic ‘Something in the Way,’ and is described as a reflection of recent tours and life beyond the road.

You can watch the video for ‘Tricky Situation’ below: