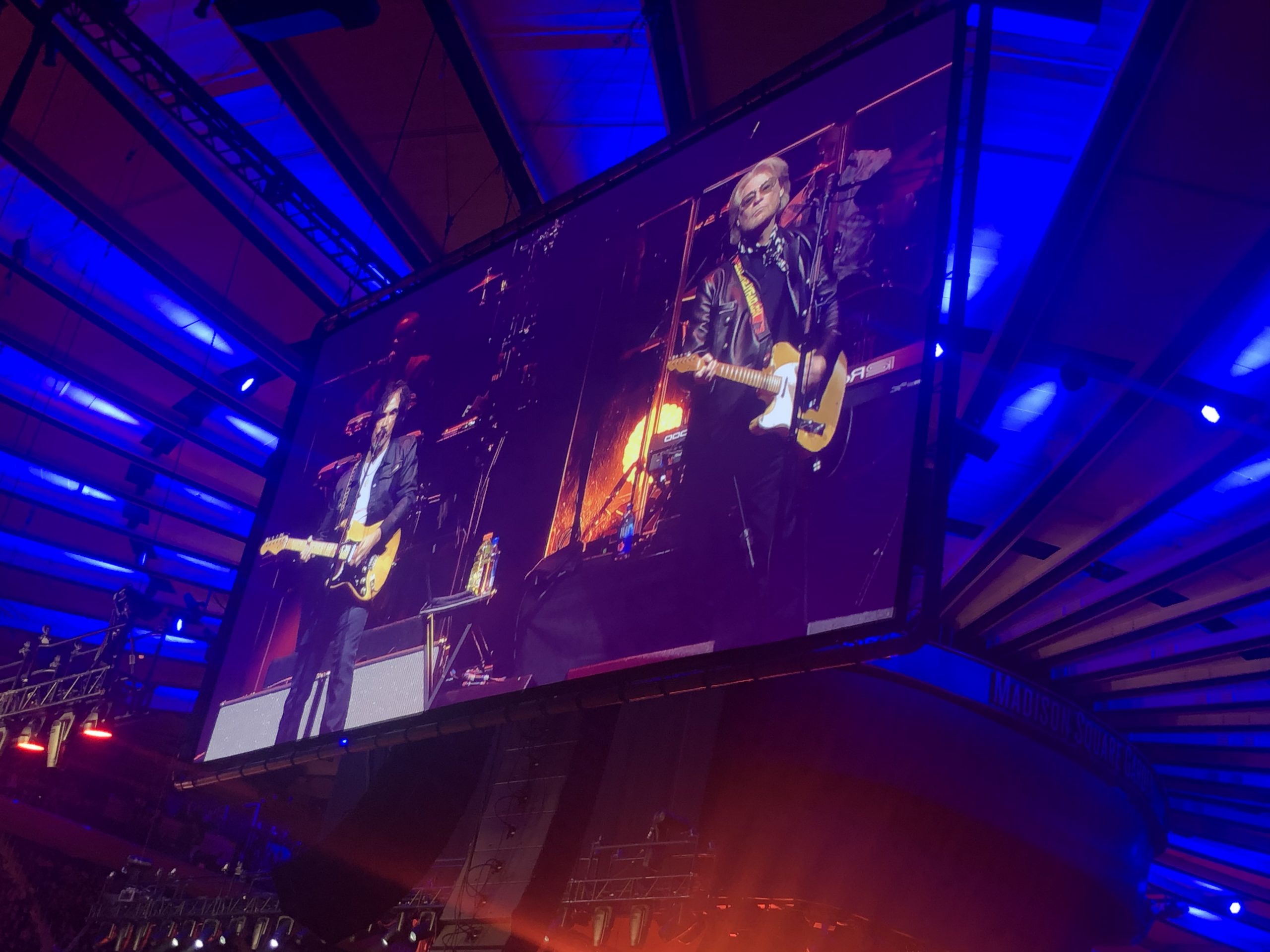 There are two types of disco songs, and they are the same song, first the three minute pop hit, and next the seven minute extended dancefloor hit, and Hall And Oates, who promote themselves as blue eyed soul, and were, in fact, a major white boy faction listening in on Gamble and Huff where the two Philadelphians morphed from soulful folk to soulful dance, did neither. Much like their boring three song set at the 2014 Rock And Roll Hall Of Fame Induction Center (here), Hall And Oates became an indifferent and overwrought jam band and one whom Disco Biscuits (with nowhere near the songs), would have destroyed on stage.  I don’t know what the duo think they are playing at. Hall & Oates beg for an editor, three minutes into “Everytime You Go Away” you are in heaven, seven minutes in you wonder what you ever liked about it in the first place.

The Hall & Oates show reached New York City at 7pm on the dot with a solo performance by KT Tunstall, the English singer songwriter, who came on stage with just a guitar and a loop  to back her and her rock folk songs, and had the amp stop working. KT is 44 years old and this wasn’t her first time at the rodeo, and even so, you could feel her voice quaver as the clock on her 30 minute set ticked tocked to oblivion. In frustration, KT was gonna sing acapella and then the guitar kicked in and it was practically disappointing. She performed a stellar “I Won’t Back Down” before another crises and a last song biggest hit “Suddenly I See”. If this is the way KT’s luck has been running no wonder she isn’t a household named.

Squeeze have a better catalog then Hall & Oates, and they are the all business new wave rock band harbinger of everything Brit Pop would become, and more than just a stop on the way from the Kinks to Blur till they choked when their moment arrived. Squeeze’s first four albums were all the greatest album of all time, all of them overloaded with pop gem dissections and romantic travails and boys gone wrong romances. Finally, with world conquest in their grasp they released the brutal Sweets From A Stranger (the New York Times compared it to Lennon and McCartney at the time, but that that was East Side Story) and that was the end of that. Squeeze both raced through their set, and played a little too long per song, it was a strong set and yet it wasn’t entirely artistically valid…. and it doesn’t necessarily have to be that way. What does it mean when Squeeze’s best song of the 21st century was written for Glenn’s other band the Fluffers, about the day his second wife gave birth? What doe it mean when Glenn’s other band, the Fluffers, were substantially better then Squeeze are on stage? Honestly, what’s the percentage, what’s the upsell, on trashing a band that can come on stage at MSG and perform for an hour, with four songs off Cool For Cats, three songs off Argybargy, two songs off East Side Story, and one from Sweets From A Stranger? As well as two later hits and an outlier. How much better can it be? Squeeze have been a classicist nostalgia act who know the business at hand for twenty years now, and know how to deliver it, but Squeeze can never just be that, they mean too much as one of the greatest UK bands pretty much ever. And so they come on stage and rattle through the songs we love, extended an ending here and there. Tilbrook still has a very sweet tone, and Tilbrook is still a yobbo, stil sneers and drinks his way through “Cool For Cats”. Difford will always be left alone in the morning fleeced by the goodbye girl, still working eleven hours and getting the girl some flowers, still getting a handjob at the end of the summer. If you see em again, say hello, goodbye boys.

And neither Squeeze nor KT are the right openers for Hall & Oates.  KC and The Sunshine Band or maybe Kool And The Gang (who opened for Van Halen at this very same venue in 2012) would have been a better fit.  Hall And Oates were just not that great. Songs that should have blown us away, from “Everytime You Go Away” to “Rich Girl” were overcooked till they were burnt to a cinder. “Sara Smile” is a glorious song and it just seems to chase its tail for minutes on end even while Hall gives his best vocal performance of the night. A great song and it doesn’t do it. How could swarthy Italian sex maniac midget John oversell”You’ve Lost That Loving Feeling,” the “You’ll Never Walk Alone” of blue eyed soul? He certainly manages it. How could twink in retirement Daryl Hall make “She’s Gone” a terrible piece of oversung tedium? It’s not funk, it’s soul, make your point and go home. And what’s with the self-satisfied smiles? What’s he so happy about? For fuck’s sake, you’re a disco band, if you wanna jam go hard on the drums and bass and jam to the beat and not to the fucking sax. Certainly, Oates can hit, or at least approach the high notes, and the mixing of Oates voices with Hall’s baritone is still an effective sound, if they would just drop back a bit.  The coda to “I Can’t Go To For That” is as close to death as I’ve ever reached.  The first fifty minutes are practically a write off, Daryl  isn’t warmed up enough for “Maneater” and he continues with four songs off two godawful albums, before landing at Voices. I forgot the second song of the evening “Out Of Touch” was a hit and it sure didn’t play as one. And even when the goodies kick in they never end.

Hall & Oates have sold over 40 million records and  I wish their speakers had blown up and KT had come on stage to sing acapella.