“…Producer Travis Harrison wanted to maintain GBV’s signature lo-fi style without having it sound “homemade.” He accomplishes just that on the anthemic, guitar-led “Heavy Like The World”…”

“(“Heavy Like The World”) Gentle, vaguely melancholic circular guitar lines spiral into a rousing chorus celebrating life and companionship, played energetically by the band’s regular line-up of the past few years”
– KCRW

Guided By Voice’s new album (and 3rd this year!) Sweating The Plague has been released across all streaming services today via GBV Inc. The LP was shared with a track by track feature with Consequence of Sound. Singles from the record have received praise from KCRW, Stereogum and more. Later this month, the band will be touring across the United States in support of the record, dates below.
Robert Pollard’s prolific but private basement four-track recording habit, Guided by Voices, finally found fame on the surface world in the early nineties, by which time the Dayton Ohio schoolteacher was already in his mid-thirties, with thousands of completed songs stored in a suitcase.

Pollard may be experimenting with the formal limits of the rock song, endlessly recombining distressed fragments of the classic rock, British invasion and early prog sounds he assimilated as a little kid in the ‘60s, but rooms full of drunken fans in their thousands are chanting “G B V!”, making his conceptual exercise pungently real.

Guided By Voices is now an unlikely candidate for the most perfect rock band of all time, whilst at the same time being a thoughtful reflection on what a rock bands is, a fantasy that becomes a fact.

Sweating The Plague, Guided by Voices 29th album and their third this year, spars playfully with stadium sized fidelity and uncharacteristically impactful arrangements. Sweating The Plague is an uncharacteristically concise rock’n’roll record, with lush gems tucked in amongst the hooks and hits, and with a sprinkling of prog rock moves. And, as usual with Pollard, the album is sequenced as a whole, a coherent collection, rather than a selection of downloadable content baubles.

Producer Travis Harrison’s counterintuitive approach to Guided By Voices’ historically lo-fi sound was that he didn’t want it to sound homemade. Sweating The Plague is constructed as a classic 12 song album experience, made to be played loud.

Being a fan of Pollard, and Guided by Voices,can feel like standing in a ticker tape parade and reaching out to grab at stray releases as they endless flurry of output from the Needmore Songs publishing house billows around you. But here’s twelve compatible nuggets of Pollard content in one handy package, all boxed up and ready to go. 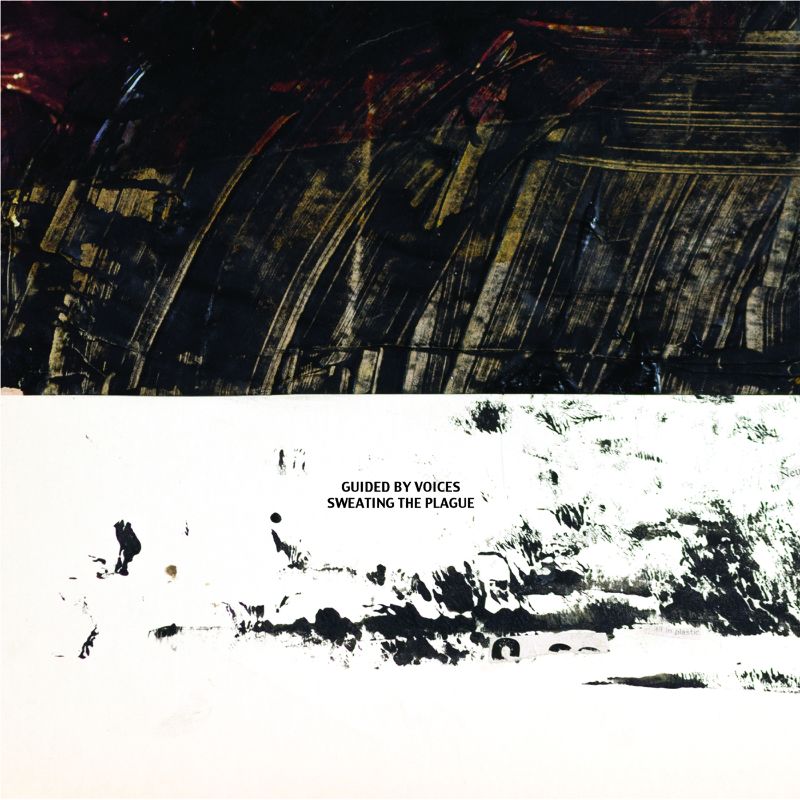 Sweating The Plague – Tracklisting
1. Downer
2. Street Party
3. Mother’s Milk Elementary
4. Heavy Like the World
5. Ego Central High
6. The Very Second
7. Tiger on Top
8. Unfun Glitz
9. Your Cricket Is Rather Unique
10. Immortals
11. My Wrestling Days Are Over
12. Sons of the Beard