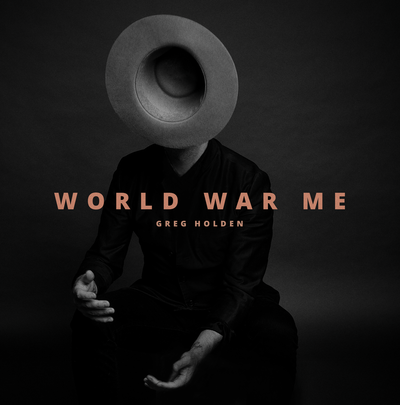 LISTEN TO “I’M NOT YOUR ENEMY”: HERE

Greg Holden has released, “I’m Not Your Enemy” the latest single from his 4th studio album, World War Me,  coming out March 29th with BMG Recordings.

“‘I’m Not Your Enemy” was written with and features singer-songwriter Garrison Starr. The two, who also happen to be great friends, co-wrote five of the nine on songs that make up World War Me. The ideas for the album started to formulate “during my Great Existential Crisis of 2016, and the songs were written during the ongoing Existential Crises of 2017 & 2018” says Holden. At the time, the country was and still is, experiencing an unprecedented level of cultural and ideological divisiveness.  In addition to cultural tension, Holden went through a personal transformation that found him “quite literally at war” with himself. He had moved his entire life across the country for his label/career and upon arrival on the west coast, he was dropped by his longtime label partner. These changes prompted a tidal wave of self-doubt, where Holden found himself questioning his worth as an artist and the validity of his voice and perspective as a straight white man.

The self-doubt led Greg into the black abyss of the internet, where he did what any public figure questioning their worth would do, he started to Google himself. This search led to the discovery that his biggest success came from songs that were written with the intention of, and for organizations looking to lift people up.  His song ”The Lost Boy” (9 Million + streams on Spotify) raised $80,000 for The Red Cross and helped build schools in Africa. “Boys in the Street” (18 + million streams on Spotify)  was written for Everyone Is Gay, an organization supporting the LGBTQ youth community, and “Home,” made famous by American Idol winner Phillip Phillips, has been used by countless organizations.

“I’m Not Your Enemy” was the first song written for the album. Holden was on tour in Europe with Starr in the fall of 2016, right in the middle of the 2016 presidential election. In the days following the election Starr who is a lesbian, and Holden who is an immigrant, felt on edge, ostracized and abandoned by the country they called home.  Instead of responding with fear or anger they wrote a beautifully compassionate song called “I’m Not Your Enemy,” one hungover morning and performed it that night to an arena of 10,000 people.  The beauty in the song is its honest simplicity, driven by an acoustic guitar and the raw and moving vocals of Holden and Starr, emoting lyrics like “You might not recognize me from before the war began. How could you know after everything they told you, that I’m not your enemy, I’m not your enemy, only love can save us now.”

Holden sets off on his  #WorldTourMe tour that will take him through the  U.S. and Europe this Spring.