Green Day, Weezer And Fall Out Boy Are Launching Their Hella Mega Tour At The Whisky A Go Go Tonight 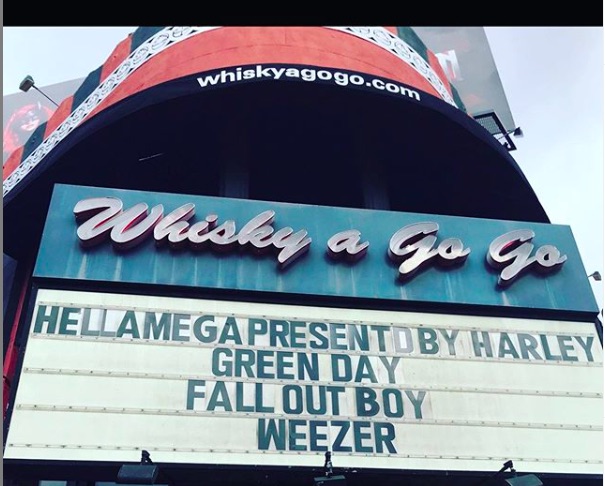 Green Day, Weezer and Fall Out Boy have just announced their 2020 ‘Hella Mega’ Stadium tour and a very intimate show tonight, at the famous Sunset Strip club, The Whisky A Go Go. It’s a good idea to launch the tour, but who can afford to miss a day of work? Who is still young enough to spend the night on the sidewalk of the Whisky? Tickets went on sale at the door of the club at noon, and according to a few Instagram posts, it was quite a scene. I am not connected enough to the Whisky scene to have been aware this was happening but it was not the case for many people: ‘I may have slept a few hours last night and waited all morning today but it was all worth it.’ You can read on this IG post.

I am not sure I would accept to sleep on the sidewalk to see anyone,… Nick Cave maybe? I am not even sure, but probably not for Billie Joe and Rivers Cuomo! However, the line on Sunset was stretching for a mile. Apparently, the wonder boy bands of the ‘90s are still doing their magic trick and are really still making a scene.

This is how big the line is right now. Tonight will definitely another night to remember and what better way to kick off the @hellamegatour than at the @thewhiskyagogo #hellamegatour #whiskyagogo

Who are those people anyway? Everybody should be working at this time of the day! 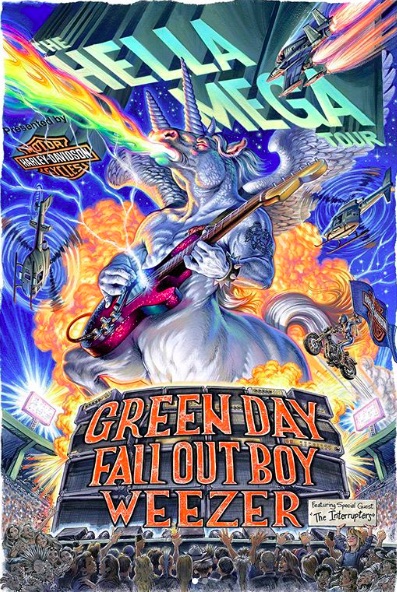