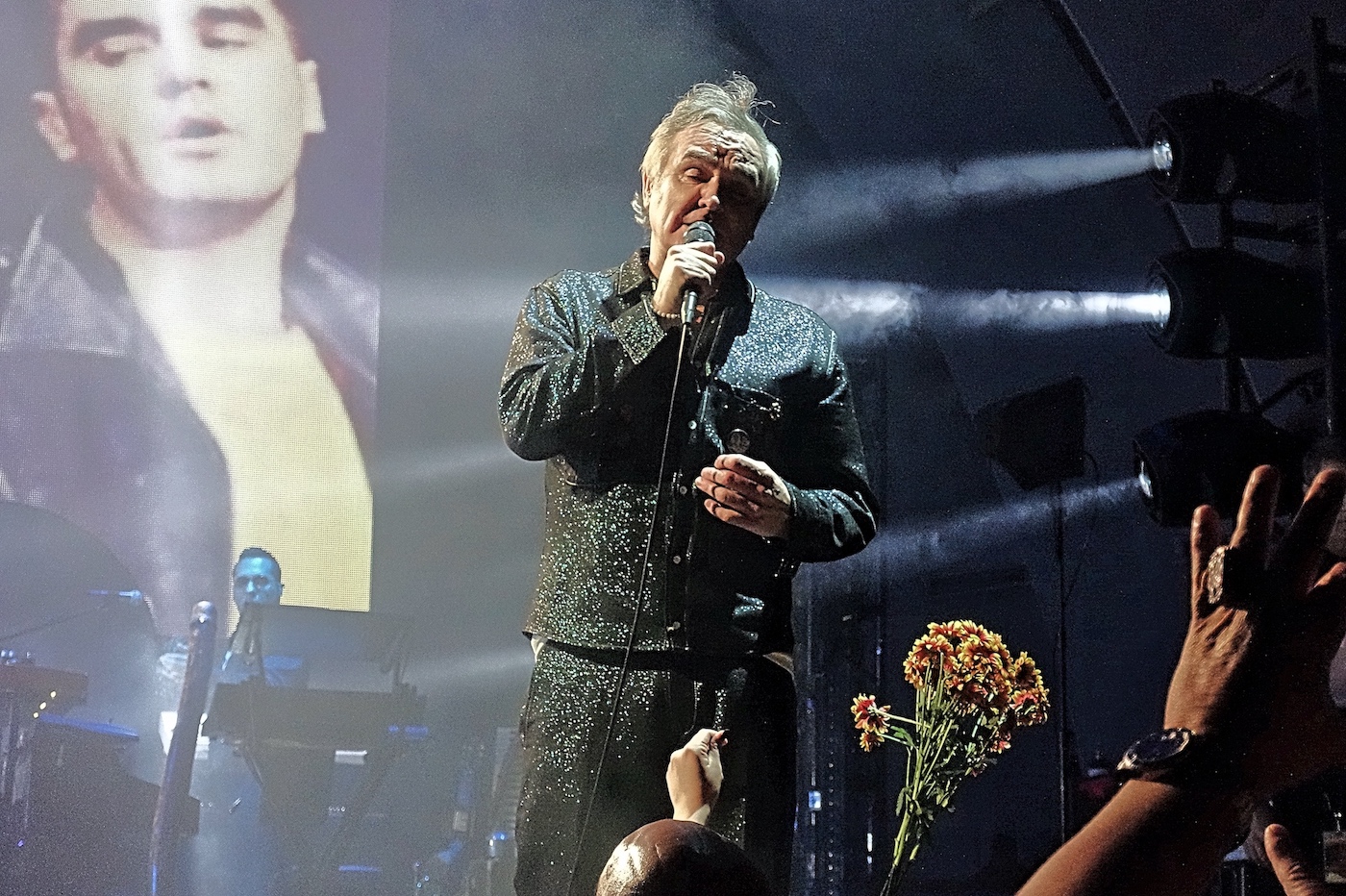 Morrissey at the Bowl

2019 was not a bad year music-wise, I went to many concerts and I saw a few legends, some I had seen before (McCartney, The Stones) and some I had never seen before (Bauhaus, The Cure, Devo, Wu-Tang Clan…). Looking back at this year, I got very lucky to attend all these events, so here are my best musical events of 2019.

Chuck D: ARTMAGGEDON’ At Subliminal Projects, Saturday January 12th 2019: Technically not a musical event, since it was an exhibit of Chuck D’s art, but the Public Enemy legend rapped for a while in front of a very happy crowd… it’s not every day you meet the great Chuck D!

Gates of The West: A Celebration Of The Music Of Joe Strummer And The Clash At The Roxy, Saturday January 26th 2019: A celebration of Strummer’s spirit with an all-star lineup.

Adrianne Lenker At Pico Union Project, Monday February 4th 2019 and Big Thief With Jolie Holland At The Bootleg Theater, Friday May 3rd 2019: I saw Adrianne Lenker twice this year, during her solo tour, and with her band Big Thief. It was different but not too different as Adrianne has a very unique place among today’s songwriters.

Iceage And Shame At The Roxy, Monday April 15th 2019: A wild night, and if I went to the gig to see Iceage, Shame probably stole the show with a few acrobatics in the crowd. All the kids had such a great time…

The Shrine With Cat Scan And The Paranoyds At The House Of Machines, Friday April 19th 2019: Another wild one with plenty of crowd surfing, balloon explosions, and headbanging. Plus there was this female bassist who was spitting fire…

Bikini Kill With Le Butcherettes At The Palladium, Thursday May 2nd 2019: Punk legends reunited for a few dates, I was surrounded by feminists mums bringing their young daughters to revive one of their first punk shows.

Feist At The Lodge Room, Sunday May 12th 2019: I got a ticket at the last minute, and she was very lovely.

The Stranglers At The Regent, Wednesday May 29th 2019: A trip on memory lane, these songs are still habiting what is left of my late ’70s-early ’80s.

Plague Vendor At House Of Machines, Thursday June 6th 2019: I have seen this band a couple of times this year, and I missed a couple of their shows, but they have become one of the most interesting punk bands of the moment. I am happy to report that they are playing Punk Rock Bowling again next year, where I discovered them.

The Longshot With Dead Sound And The Darts At The Teragram Ballroom, Wednesday June 12th 2019: A very hot and upbeat show fronted by Billie Joe Armstrong himself and plenty of rock stars crowd surfing at the sound of his pop-punk anthems.

Paul McCartney’s Freshen Up Tour At The Dodger Stadium, Saturday July 13th 2019: Always a delight to see a legend, even from a nosebleed seat! Ringo joined him on stage for this special concert, so they made history with half of the Beatles together again.

Orville Peck At Amoeba, Monday August 12th 2019: I am grateful if I discover one new artist each year, and this year, it was Orville for sure, a gay masked mysterious cowboy with interesting tunes, he may be too much to handle at once but his croon will make you swoon from pleasure.

Weyes Blood At The Fonda Theatre, Thursday, August 8th 2019: A delightful show filled with Weyes’s sweet voice and her ’70s-inspired and nostalgic ballads.

The Rolling Stones At The Rose Bowl, Thursday August 22nd 2019: Another legend from another nosebleed, but I will take it… How long are they going to do this as they are already in their mid-’70s? However, nothing will ever compare their show at Las Vegas’ T-Mobile arena a few years ago, I was much closer and Mick was on fire.

Massive Attack At The Hollywood Palladium, Tuesday September 3rd 2019: Everything is a conspiracy theory has to be the best phrase I remember from their incredible show, an anxious atmosphere haunted by Elizabeth Fraser’s pure vocals and heavy on the socio-political commentary.

Pasadena DayDream Festival With The Cure, Saturday August 31st 2019: A one-day festival headlined by new wave legend, The Cure. Robert Smith was in great shape, and, because I had waited all-day long at the rail, I didn’t have a nosebleed seat for once.

Prophets Of Rage At The Mayan, Thursday September 12th 2019: Rage and fun, a nostalgic night which may have announced the current reunion of Rage Against the Machine?

Conversations With Nick Cave At The Walt Disney Concert Hall, Tuesday October 15th 2019: More a conversation than a musical event, but as a fan, I could not include this one on my list. An in-depth exploration of grief, loss and magical thinking with a large dose of humor and humanity.

Dia De Los Muestros At Hollywood Forever Cemetery With Cafe Tacuba, Saturday November 2nd 2019: Talking about beauty, this one was fabulous and nothing but spectacular, a happy and colorful celebration of the dead with rock en Espanol stars Cafe Tacuba.

Morrissey And Interpol At The Hollywood Bowl, Saturday October 26th 2019: Morrissey has become so controversial these days, but Interpol didn’t care and the people around me didn’t care either. A close up of the Moz in top shape.

Bauhaus At The Hollywood Palladium, Sunday November 3rd 2019: Post-punk legends, goth legends, even though they would not agree with that title?  In any case, this was the event of this past month, and if you have missed it, they are playing again in a few days.