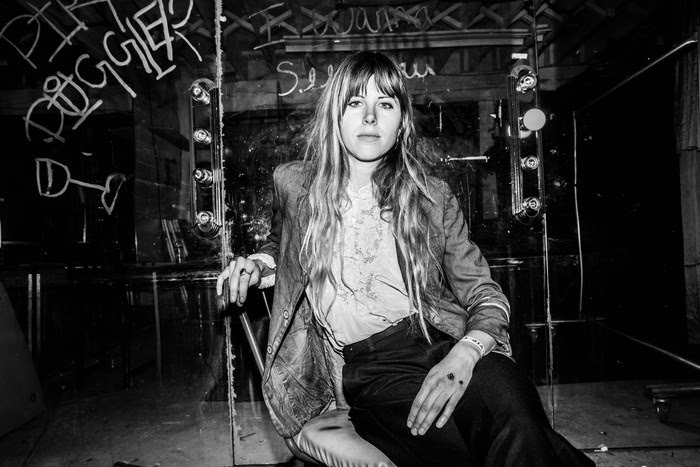 Bang! – AJR indie pop plus electronics on an earworm that mixes genres with smartiness – B

Song of Trouble (feat. Sufjan Stevens) – CARM, Sufjan Stevens  -the head of ymusic Carm knows from orchestration, and Sufjan knows more. I’ve been icy on Sufjan for a coupla years now, but this beautiful piece of music and a glorious and haunting horn, maybe shows he needs a partner. The lyric is quietly upsetting “The endless night, the shadow of the valley, the fading light where innocence is dead, I call to each of every angel out there but I am left with nothing but a cloud” – A-

Sanctuary – Hiss Golden Messenger -real sweet Americana, maybe it is time to forgive M.C. Taylor for the godawful name – B

Hardline – Julien Baker – I was cold with Julien for years, she was too tense and hurt, that it got it the way of the songs and the, frankly, secondary tunes, but live she is so strong and compassionate you forget to notice it. Here, Julien extends out from her acoustic moodiness and builds a wall of electronic sounds as forceful as her song – A-

Blue Vein – Lael Neale – I’ve been a fan of Lael since rock nyc alumni Woody Fuller interviewed her for us (here), ten years ago nearly to the day. We are both big fans and were waiting for Lael  to break big and here she is, signed to Sub Pop, and ready to be huge. This haunting mellotron plus acoustic should do it, this is Neale’s year with her first album for Sub Pop and she has all her skills in tact on this well sung pseudo-Americana meets indie folk intro – A-

Chemtrails Over The Country Club – Lana Del Rey  – she can write a lyric and she can write a song, you just have to go back as far as “Mariners Apartment Complex” to prove that, the metaphor on this lyric is a beau – I don’t quite get the skywriting motif but I don’t care, it sounds right. The tune is a dog – C+

drivers license – Olivia Rodrigo – seventeen year old Disney girl has life imitate art and mourns a break up… a very good strong and it will probably be leading the Hot 100 next week… like Taylor, her voice is a little weak, and like Taylor she ignores country and pop for Americana… and like Taylor it should be huge – B+