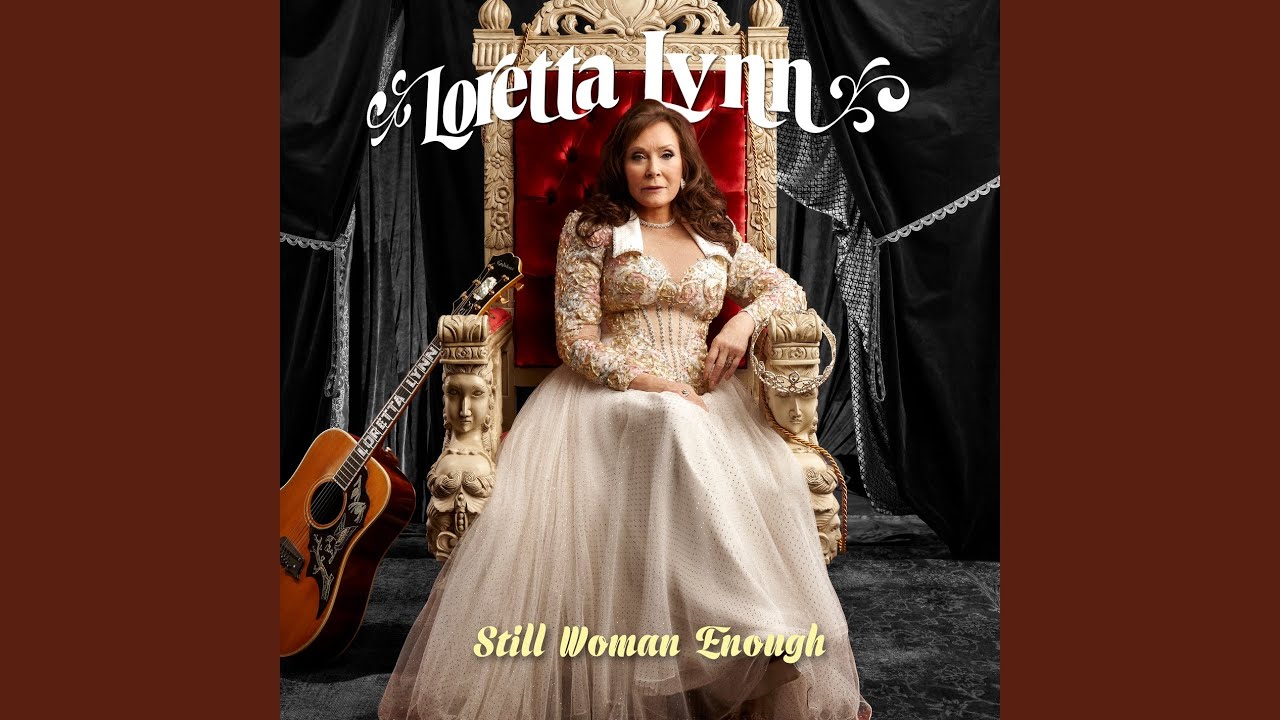 Albums are still seriously lagging but singles are back full force. There are two types of singles, one is an introduction to an upcoming alum and the other comes with a video and is an attack on the Hot 100…

Bang! – AJR – indie pop plus electronics on an earworm that mixes genres with smartiness – B

Listen!!! – Aly & AJ – the poppy sisters re-released and added sexually explicit lyrics to ” “Potential Breakup Song” late last year and followed up their 2007 hit with an electronic and melodic wall of sound – B-

IDFIATOK – Ameer Vann – The former member of Brockhampton, kicked out of the Boy Band for sexually harassment, returns because he doesn’t give a fuck and has a flow of the week, he spits the word with smart, speed, and  lucidity  – B+

Fuck Being Sober – Annika Wells – Annika is a major pop song writer, a Julia Michaels if you will writing for the likes of BTS. This is a smart single, pop orchestrations and EDM with a hook for the 20somethings – B+

34+35 Remix (feat. Doja Cat, Megan Thee Stallion) – Remix – Ariana Grande, Doja Cat, Megan Thee Stallion – I couldn’t understand why Doja wasn’t cancelled due to her indiscriminate use of “faggot” and occasional “n-word” thrown in.  The f word was during a time where it didn’t really refer to homosexuals the same way “pussy” didn’t refer to vagina. As for N? She is half black. So here she is on one of Ariana’s best song of last year, along with badass Megan, and they are all terrific – A-

Deal With It (feat. Kelis) – Ashnikko, Kelis – WB signing will break yperpop hip hop and the sample you would want from Kelis is here – B

Six Flags – Azealia Banks, Slim Dollars – hmmm, one of the best rappers in the business with the second time she has passed on barnstopping raps for eletronic doo dads… a real shame – C+

Minimum Wage – Blake Shelton -has been crappy for years and years, actually ever since his divorce, but this is a good country blues rocker with a great line “all those country songs I played, they didn’t come with a 401K” –  B+

Song of Trouble (feat. Sufjan Stevens) – CARM, Sufjan Stevens  -the head of ymusic Carm knows from orchestration, and Sufjan knows more. I’ve been icy on Sufjan for a coupla years now, but this beautiful piece of music and a glorious and haunting horn, maybe shows he needs a partner. The lyric is quietly upsetting “The endless night, the shadow of the valley, the fading light where innocence is dead, I call to each of every angel out there but I am left with nothing but a cloud” – A-

Good God Almighty – Crowder – Crowder is a giant of CCM, more than capable of state of the art production and 808s up to here and here he has a killer track that seems to add Americana into the Christian pop world – B+

Masterpiece – DaBaby – DaBaby at his complete pop best, a popper and a popper, it burns itself through like it does to people who mess with him – A-

Calla Tú – Danna Paola – mainstream Spanish pop by a young actress, the title translate to shut up so I will  – B

That’s The Breaks – Descendents – fast, loud punk Trump put down  is killer –  B+

He Said (feat. Miguel) – dvsn, Miguel – remember when The Weeknd and Miguel were in a race to be the next pop-Prince, and Miguel lost? He adds exceedingly little to the Canadian r&b duo – C+

Hit This – Ebhoni – co-written by Major Lazer’s Walshy Fire, consider this neo-r&b via Canada – B

Revolution #49 [Feat. Isabelle Adjani] – Parlé – Elvis Costello, Isabelle Adjani – the great actress adds a French translation to the first song on the last Costello album, though it retains its Moroccan flavor, on the album the spoken word sinks it, same as on the French version which is still better – B-

Bonafide (feat. Chiiild) – Emotional Oranges, Chiiild –  the r&b duo with a beautiful mood track and a strong guest vocalist – B-

Roaring 20s – Flo Milli – the last time we heard the sample, Gwen Stefani was killing it. And though Gwen was better, this is absolute fun and a smart steal – B+

Waiting On A War – Foo Fighters – sometimes I wonder if it is me, and then I hear this horrid rock Americana and if you like it, swell. Me? I can’t bear it – MUST TO AVOID – D

Doin My Dance (feat. Moneybagg Yo) – Fredo Bang, Moneybagg Yo – snapshot of life during the age of Covid-19 for mid-level managers of hustle – C+

Holy Rose – Fruit Bats – the Chicago indie folk rockers celebrate their 23rd year in the business with a fuzzy, psyche folk mode… the guitar sound is lovely and blissful – B

Game Time – Funkmaster Flex, Fivio Foreign – with the death of Pop Smoke, Fivio takes over New York Drill, but not new York rap, here Funkmaster Flex gives his seal of approval on a typical song as Fivio names his guns – B

Skengman (feat. Stormzy) – Ghetts, Stormzy – London drill with a populist and the biggest drill rapper in the business on a subdued, dark drill. Stormzy steals it – B

Out Of My Control – From ”Blithe Spirit” Soundtrack – Gregory Porter – The Noel Coward play, now musical with new songs, and Greg lends credence for himself as a modern day Nat King Cole on this gentle, old school piano MOR ballad  – B

Pessimist – Greta Isaac – hybrid pop with a yazoo and twinkling beats that offset the, well, pessimism, which smacks its wait until a shout out – B

Sanctuary – Hiss Golden Messenger – real sweet Americana, maybe it is time to forgive M.C. Taylor for the godawful name – B

The One That Got Away – Hunter Hayes – the once baby faced end up looking tired, like Hunter, as does this electronic singer songwriter track – C

I Live for You – Jarrod Dickenson – the folkie is a gifted songwriter who should have broken pop by now, the single sleeve channels All Things Must Pass, and the acoustic classic rock sound is from a similar place- B+

this is how you fall in love – Jeremy Zucker, Chelsea Cutler – lovely song and plenty of song craft on this quiet testament to the big L – B

Hardline – Julien Baker – I was cold with Julien for years, she was too tense and hurt and it got it the way of the songs and the, frankly, secondary tunes, but live she is so strong and compassionate you forget to notice it. Here, Julien extends out from her acoustic moodiness and builds a wall of electronic sounds as forceful as her song – A-

Bad Boy (with Young Thug) – Juice WRLD, Young Thug – It’s a great Young Thug song and I guess Juice WRLD is another verse they’ve found in the vault. It is why rappers last so long after they pass, there are always loosies around – B

Blue Vein – Lael Neale – I’ve been a fan of Lael since rock nyc alumni Woody Fuller interviewed her for us (here), ten years ago nearly to the day. We are both big fans and were waiting for Lael  to break big and here she is, signed to Sub Pop, and ready to be huge. This haunting mellotron plus acoustic should do it, this is Neale’s year with her first album for Sub Pop and she has all her skills in tact on this well sung pseudo-Americana meets indie folk intro – A-

Chemtrails Over The Country Club – Lana Del Rey  – she can write a lyric and she can write a song, you just have to go back as far as “Mariners Apartment Complex” to prove that, the metaphor on this lyric is a beaut – I don’t quite get the skywriting motif but I don’t care, it sounds right. The tune is a dog – C+

Lose You Now – Lindsey Stirling, Mako – I wish it was an instrumental – B

Coal Miner’s Daughter (Recitation) – Loretta Lynn – exactly what it says it is, and it works exceptionally well. This is Red State before it was a tradition, this is the blue collar, working class with dust in its father’s lungs – SINGLE OF THE WEEK – A-

drivers license – Olivia Rodrigo – seventeen year old Disney girl has life imitate art and mourns a break up… a very good strong and it will probably be leading the Hot 100 next week… like Taylor, her voice is a little weak, and like Taylor she ignores country and pop for Americana… and like Taylor it should be huge – B+

Split – Rich The Kid – the early Atlanta trap star remains a major trap performer with a bad rep for being a rip off merchant, this ain’t much – C

Beautiful – Robin Thicke – if ever anyone had it coming, Thicke did. However, he has a right to a career and his career here is an old school, falsetto based, soul song – B+