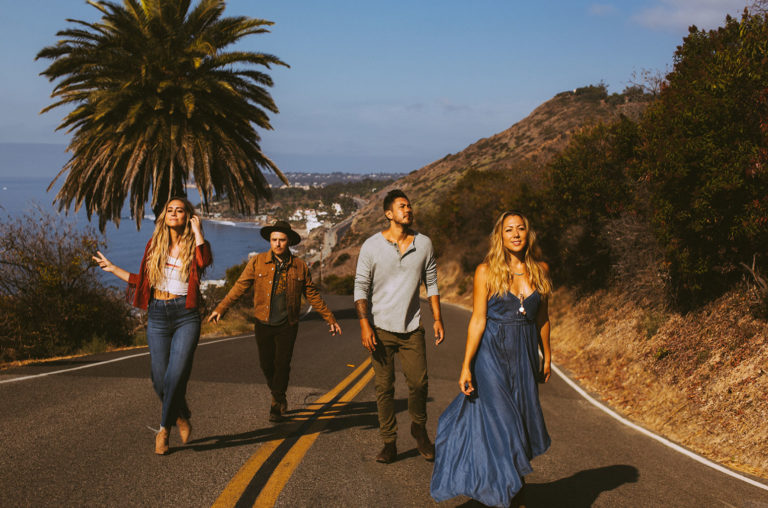 Yr Old Dad – Catholic Action – garage rockers via Glasgow with a penchant for glammy Stones steals and strong, better (much) than the majority of UK rock bands – B

Crossroads – Live At The San Diego Sports Arena, USA / 1968 – Cream – chugs along nicely but you can’t help feeling they were being overestimated at the time – B

Wonderful – Deacon Blue – a straight up beauty on their first release in four years, a piano based ballad with a chamber pop feel to it from the Scottish band who were an adjunct to the mid-80s sound of Glasgow  more than welcome back – B+

Give Me Another Chance – Empress Of – Comparatively ordinary dance pop by the Honduran-American wiz kid, the beats sound analog – B

Slow Down -Gone West – Colbie came along with Taylor Swift, they even co-wrote a song on Breathless, and they both mined country pop till Taylor veered into pop and Colbie into SoCal country, and now emerges as the Little Big Town without the harmonies and with better songs in the new band Gone West… sounds good with me. By the way, I am a huge Colbie fan and I completely missed the Go West EP last year because it is impossible not to miss stuff, and this despite us posting about the band! – B+

The Steps – HAIM – The sisters were releasing songs off the upcoming album last year, “Summer Girl” was killer, and they continue with yet another strong track off what could be their best SoCal popdom to date – B+

Nobody Knows My Name – José James, Laura Mvula, Kris Bowers – hand clapping gospel with a side of jazz, you know it’s serious because Mvula is on it – B

House Music All Night Long – JARV IS…, Jarvis Cocker – I’ll tell you exactly when I began to have my doubts about Jarvis and it wasn’t that solo gig but the Pulp reunion at Radio City, a show I was gagging to see, and a complete snoozeathon. Lest we forget, it has been at least ten years since his last great work, and otherwise he is a messy runaround of a man who can be great but isn’t often enough. Doing a mood piece in which House Music is represented by a synth line and EDM production values on a typical post-Pulp Cocker track… still, Jarv can take a lot of listening to click. Still for now – B-

That Way – Lil Uzi Vert –  Undoubtedly, Lil Uzi spent a fortune on the Backstreet Boys sample and he is enough of a popstar to do the math though it would have been 100 times more expensive and not half as good as his Oh Wonder sample, still if this is about the rappers return after three years in the fast turnover rap opop business it works as being immediately memorable albeit not all that – B-

XS – Rina Sawayama  -on the verge of a major breakthrough, she drops a boring dance track on the heels of the great “Comme Des Garcon” when she needed to wrap up EDM fast and hard – C+

Nobody but Me (feat. Graham Coxon) – The Jaded Hearts Club, Miles Kane, Graham Coxon – take a Blur and add THE MUSE, Matt Bellamy, and throw in a cover of The Isley Brothers 1962 hit and you could a not horrible singalong – B

Where Do You Go When You Dream? – Woods – That was Woods on Purple Mountain, they did a good job as well. This is indie folk saved by a wonderful middle eight – B