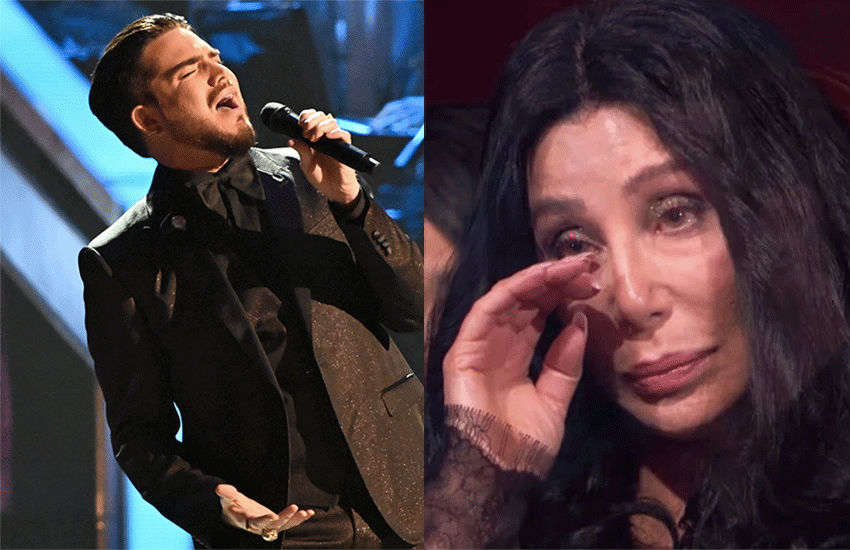 Believe – Adam Lambert – Adam is way too histrionic, but give him one of Cher’s gay anthems and he knows what to do with it. Astoundingly delicate take, a slow, emotional build with till he reaches a moment of catharsis and then fades. This version was first performed live at the Kennedy Center Honors, and the recorded version is just as good – SINGLE OF THE WEEK A-

Reasons I Drink – Alanis Morissette – Another damn list song, it takes away all of the good will her great Broadway Musical has built, not all no -some – C

SUGA’s Interlude – Halsey, SUGA, BTS – UK DJ, Korean rapping, and a Halsey vocal… an odd choice for single, right? Well, except for the Korean rapping – B-

Adore You – Harry Styles – Over tweaked crap, so far so meh – C

Our Man Walter Cronkite – Mary Chapin Carpenter – Beautiful, smokey vocal, on an ode to the newscaster – B-

PAID MY DUES – NF – Nice flow, and the hook that opens the song is ace, the speed rap strong, and the self-awareness well said  – B

God Only Knows (Team Timbo Remix) – for KING & COUNTRY, Dolly Parton, Timbaland – Really, Timbaland? Anyway, for King & Country have always been a terrible Christian contemporary blowhard brothers but Tuesday’s CMA Christmas version of “The Little Drummer Boy” (they’d done it in 2013 for a Christmas album) was a game changer. Now, this waste of Dolly Parton on a song title that should never be used again, brings us back to ground zero – D+

Hangerz – Pussy Riot, Junglepussy, Vic Mensa – The agit propers make a serious pop move, everybody right on the money. It’s not “Make America Great Again” but it’s a goodie – B+

Audi II – Smokepurpp – Where is the second album? I guess this banger with a great flow and a funny take on money via car finds him well out of Broward County – B

Christmas Tree Farm – Taylor Swift – a 50s style arrangement of high style American Standard before daydreaming herself to the farm she spent her Christmases as a youth (with vintage footage to prove it on the video). I love it, well done Taylor – B

Don’t Blow It, Kage – Tenacious D – I’ve never much cared for the Spinal Tapping duo, but this is a killer track (produced by Jack White), and it works as a funny little portrait with Jack Black going from aggression, dismissal and then begging for his return… B+