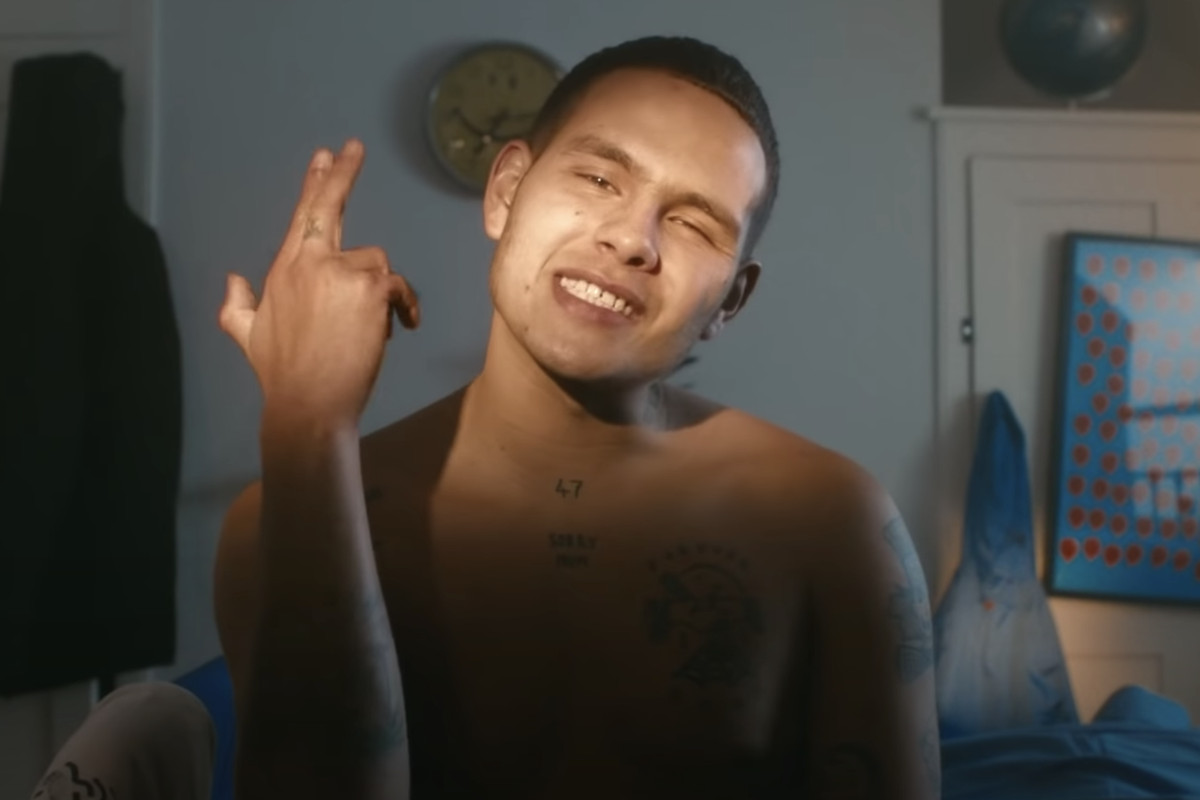 Brick Wall – A Day To Remember – perhaps the most typical Fueled By Ramen band out there, this is bloody minded pop punk excused as post-punk – B

The City – Alex Maas – as a rule of thumb American psychedelic garage rock is the sound of day old pizza – it drips and tastes bad, so it is to the Black Angels credit that this acoustic singed Americana psyche (co-produced by Jack white) is troubling and beautiful – B+

I Saw Mommy Kissing Santa Claus – Live At Union Chapel, Islington For “The Gospel According To Chrisman”/BBC Radio 2 – Man, what a voice she had on this soft bossa-nova take on the classic – B+

505 – Live – Arctic Monkeys – an odd choice (the last song on their sophomore album) for a taster off their new album, the synthy doomsday won’t look good on the dancefloor – B-

10 Missed Calls (feat. Pharrell Williams & Jozzy) – Black Coffee, Pharrell Williams, Jozzy – the lack of Afrobeats from Africa as it relies on ambient and synthy wooz, is interesting but could have been more and might be on the album – B

Everybody Dance (feat. Nile Rodgers) – Cedric Gervais, Franklin, Nile Rodgers – taking the hook from an old Chic song and running with it, gee, I wonder why EVERY SINGLE DJ IN THE WORLD hadn’t thought of it – B-

Famous Friends – Chris Young, Kane Brown – Nice one, smart idea and a sweet call out to normalcy – B+

Turn Back Time – Diplo, Sonny Fodera – this is what Diplo does best, pure house – B+

two queens in a king sized bed – girl in red – the Princess of lesbian Tik Tok has been emerging pop for the past year and straddles all those sadgirl, bedroom pop, Tik Tok x marks the spot on a sweet as molasses track so thorough that when girls on Tik Tok sy they love her it is code for being a lesbian  – B

Best Rapper in the Fuckin World – GoldLink – The DC Go Go fan with the flow of the week that while not living up to its name, is still pretty excellent – B+

SALUTE (feat. Big Sean and Fivio Foreign) – Hit-Boy, Big Sean, Fivio Foreign – Hit-Boy is the one of the great rap songwriters. How great? Not only did he do “N—-s In Paris,” he also did “Trophies,” “Clique,” and one of the great songs of all time, “Sicko Mode”. In other words, songs so great you don’t have to write who rapped em. I like Fivio Foreign’s shout out to BB King as well so OK, I’ll salute and how – A-

Holding On – iann dior – The 21 year old singer is back after being a major reason for 24Goldn’s “Mood” being one of the best songs of the year , this is straightforward modern pop hip hop and a pure pleasure – A-

2 Cents – IDK – nice violin running through it, declarative without being overbearing – B

Dreams – Irish Women In Harmony – Never all that but The Cranberries track is, at least, not too syrupy, and makes a rarity in that it isn’t beyond redemption – C-

The First Time Ever I Saw Your Face – James Blake – beautiful? Sure. Even exquisite. But why? – B

Love Not War (The Tampa Beat) – Jason Derulo, Nuka – once “Savage Love” caught fire, there was no stopping Jason this year. I still prefer “Trumpets” – C+

Therapy For My Soul – Jeezy – Sure, we all watched the Gucci Mane Verzus Jeezy, and I thought no contest, Gucci has more pure ferocity in his little finger, Jeezy is the sort of gangster to hire someone else to do his dirty work,  The Iceman does it himself. Good rap sure, but not great by any stretch – B-

Bad Azz (feat. Mulatto & Benny The Butcher) – Kash Doll, Dj Infamous, Mulatto, Benny The Butcher – Kash Doll is no Meghan, no Minaj, she spits her bars with effect but not with hardness we expect post-Nicki. As for Benny: certainly one of the great members of Griselda is calling it in – B-

Hitman – Kelly Rowland, NFL – not bad at all, the backing strings vibrate and Kelly sings it as well as you might expect, the chorus isn’t the anthem she needed – C+

You Are Going To Miss Me (When I Am Gone) – Kirin J Callinan – according to realtastymusic (here) “Last year Callinan released a covers album titled Return To Center in which the entire album was recorded within a 21 day period, allowing Callinan and crew to return the equipment they had bought to Guitar Center under their grace period allowance.” The Aussie is a piece of work and here is a piece of work which  sounds like a rock balladeer with a synth – B

Summertime The Gershwin Version – Lana Del Rey – as if “Summertime Sadness” can be mentioned in the same breath so she has to point out the difference… you know, she may have peaked with “Mariners Apartment Complex” – B-

Move On – Lil Tjay – it isn’t emorap, but Tjay is such a studiously pop guy (at seventeen), it feels so emotional, so lovely, and so clearly interested not in drill or trap, not in the heart stuff, but the girls love stuff, it might as well be – B+

How Low Can You Go – LP – I once saw LP opening for Bryan Ferry and she held her own because of the very reason Ferry invited her to open: she can compose a song, here she composes two dance pop tracks and fuses em together – B

Boss Up (feat. Mozzy) – Molly Brazy, Mozzy – Detroit’s still teen Molly raps through her nose and she is all pissed off whine – B

Somebody’s Problem – Morgan Wallen – you might know country star Wallen from his collaboration with Diplo, this is better than that with a very tight hook that runs all the way through – B

Cosmic Dancer – Live – Morrissey, David Bowie – I have no idea why the go to song with Marc Bolan is “Cosmic Dancer” -for fuck’s sake do “Bang A Gong” or one of those pop slices of deliverance, “Jeepster”. Well, Morrissey and David Bowie performed “Cosmic Dancer” together in 1991 at a gig in LA , and it sounds great and now it has been released (by Parlophone, who should sign Moz). It’s not what I want but it’s what we’ve got so we take it and for one thing, the two men have voices that click in harmony of drear – A-

Fallen Stars Flying – Original Song From Between The World And Me – Nas – Lil Wayne produced, and it is a soft and strong intro to the show – B

Polvo – Nicky Jam, Myke Towers  – Nicky is a top reggaeton guy who can merge into Urban Latin without blinking, this is a sweet sounding trap track with a cool shimmer – B

To Our Dead Friends – Respire – a melodic scream in your ear knocking you sideways, wall of sound shoegaze if you are getting hit over the head with a shoe – B

Coke & Mentos – salem ilese – ah yes… HIGH SCHOOL! A pretty girl with a bedsit plus fresh beat duo of sound that could break pop – B

Hey Boy – Sia – the first song from Sia’s upcoming movie “Music”, I liked Sia till I saw her live at Barclays  and gave her a D+ (here) , this is alright but the movie? Kate Hudson as Zu, a newly sober drug dealer who becomes the guardian of her autistic half-sister Music… – C+

nhs – slowthai – slowthai is a serious new talent, and this has a gleam of positivity as he compares the future and to live, as a form of giving that makes it whole. The chorus is incredible, the verses first rate and this is the first one that I feel more than passing regard for. It has taken a while, but here it is, he lives up to the hype  – SINGLE OF THE WEEK – A-

Swing – SPINE – pure hardcore, no messing and straight in the deep end – B

Peppers and Onions – Tierra Whack – she doesn’t want to be judged, she just wants to be free… good luck – B+

Rainbow Cadillac – Yung Baby Tate – “Big ole facts, no crunch, no cap, take that wack bitch off the map…” See you next week – B+