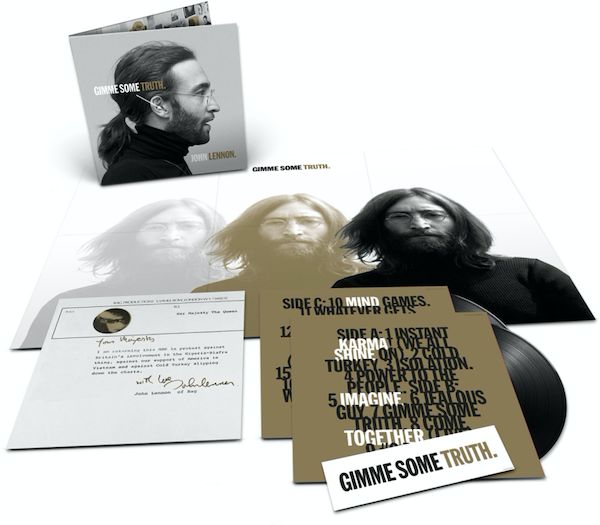 Mood (feat. Iann Dior) – 24kGoldn, iann dior – a hip hop inspired slice of collegiate soulfulness with two singers, no rapping, but an 808 that doesn’t let up – B+

Bummerland – AJR – one of our better bands, a genre hopping crew but with their ear attuned to tears drop one of their best songs about not having any money and it has never sounded sweeter. The “It’s only going up from here” hook is a terrific piece of positivity as the electronic pop trio have friends who buy their drinks, the back up harmonies are lovely, and the entire thing is a sublime little pop track – A-

Done Somebody Wrong – Live at Painters Mill Music Fair – 10-17-71 – Allman Brothers Band – As my friend Mark Reichenbach noted, this is from the final concert before Duane Allman’s death. The promise is that we will be getting a ton of archived concerts and as far as I am concerned it can’t happen soon enough. Under four minutes of electric blues – A

Hold On Tight – Aloe Blacc – you probably know Aloe, at least, from the Avicii song “Wake Me Up”. As an artist, Aloe is as good as the song HE IS SINGING  and on this occasion the  song is a beaut -a rotts American soul song – B

With You – Amanda Holden – she is a judge on Britain’s Got Talent, and here she has a full blown Adult Contemporary ballad dedicated to her stillborn son. If that doesn’t make you queasy try listening to the sucker – MUST TO AVOID – D+

The Turning of Our Bones – Arab Strap – spoken word, post punk and the Scottish duos first song in fifteen years is inspired by ” “Inspired by the Famadihana ritual of the Malagasy people of Madagascar, in which they dance with the corpses of loved ones; it’s all about resurrection and shagging.” Sounds it as well – B+

If You Want Me To Stay (with Anthony Ramos) – Ari Lennox, Anthony Ramos – Dreamville singer with an ultra soulful vocal on a mediocre song – B-

OMG What’s Happening – Ava Max – The UK’s young new Dua Lipa is more playful than Dua, and this is a pleasure of disco dance from the “Sweet But Psycho” woman – B+

Obey (with YUNGBLUD) – Bring Me The Horizon, YUNGBLUD – YUNGBLUD: “We are being told to conform to a completely outdated idea that we don’t relate to or even understand. They teach us to turn against each other and to fight against our differences rather than embrace and celebrate them. They try to keep us divided because it makes us weaker. Robots follow robots, because they feel nothing at all. But what they don’t realize is that to us, to be different is to be free, and a world of fucking love and equality is a world we want to be part of. We will rise above the hate and the diversion. We will fight for the world we want to be a part of. We will not obey.” Or if you prefer: we’re the young generation and we’ve got something to say”. A loud fast rules banger – B

Inhale – Bryson Tiller – five years since “Don’t,” and Bryson still hasn’t broken through the way most of us thought he would, and he is still adding rap to r&b smoothness and big beats to iffy effect – B-

Reflection (2020) – From “Mulan” – Christina Aguilera – hey, the movie is terrific and this appears over the ending credits – C+

The One – FLETCHER -great trombone introduces a cool and sexy track, “You’re not the one but you’re the one right now” – B

Queendom – Girlhood – The London duo remind me of a variant on roots rock with a touch of r&b and a wonderful calming strength, love the strings – B+

Medicine – Gus Dapperton – apparently there is a visual component to this UK guy, but the song is an indie singer songwriter bore with a memorable tune that is too damn slow to signify, and I won’t be checking out the video – C+

Sweet & Sour (feat. Lauv & Tyga) – Jawsh 685, Lauv, Tyga – Ready to follow up his big break with “Savage Love,” and the seventeen year old from New Zealand may have managed it on this piece of earworm – B+

Time – Johari Noelle – I was talking with a good friend about how women speak to men and how it feels to men (to me), once we get into our feelings my eyes glaze over and I search for the exit… this is the musical equivalent of one of those conversations – C-

Instant Karma! (We All Shine On) – Ultimate Mix – John Lennon, Yoko Ono – Recorded‎: ‎27 January 1970, Released‎: ‎6 February 1970, maybe not a big deal today, in 1970 the speed was miraculous (and right in keeping with the Instant concept). Maybe not his best song, but surely one of his most heartfelt calls to world unity through personal politics, and a clear of explanation of the envy at the heart of violence. There is no reason for the “ultimate” mix but , you know, why not? O was planning on making Mocia the single of the week but I don’t get enough opportunities to celebrate Lennon so… SINGLE OF THE WEEK  – A+

club – Kelsea Ballerini -ugh, I was so looking forward to the album because “la” was  great, here the country singer over does it and drowns a band song in country rock attitude – C

Campfire – Kevin Morby – Dylan way with storytelling though not with poetry, and the Americana indie singer songwriter is way on top of this entirely undeniable track, featuring a bizarre middle eight that goes quiet and then becomes another song, which also works but not as well – A-

The Voice – Lil Durk – one of his indifferent tracks, so stripped down it can’t elevate – C

Baggin’ – Marshmello, 42 Dugg – 42 is a pretty good rapper and Marshmello stays out of the way – B

Fallen Torches – Mastodon – from their upcoming rarities album, a first rate and epic sludge screamo – B+

Growing Up (feat. Mark Hoppus) – McFly, Mark Hoppus – Mark is the other half of Blink 182 and McFly is the 90s UK boy band returned to us, the second single since reuniting after a twelve year break and they sound more like Busted on an intelligent pop punk track – A-

Trenches – Monica, Lil Baby – while former singing pal Brandy just dropped a pretty ace album, Monica adds Lil Baby and a 2020 flavor to her sweet and soulful  r&b, produced by The Neptunes but hand it to Monica for her restrained use of Lil Baby –  A-

Intro/Animals – Live at Buffalo Chip, Sturgis, SD, 8/8/2006 – Nickelback – sure the 84 seconds of cheering is ridiculous on a single and should have been edited out, and sure “Animals” sucked on All The Right Reasons, but taken a little faster with a fast loud lead vocal,  it emerges as  one of their finest moments to date on the single – C+

Battle Belongs – Phil Wickham – singer songwriter CCM, if these Christian contemporary cats would just cool it with the chorus they wouldn’t suck so hard  – C

Mars & Venus (feat. Vince Staples, ISHMAEL & Elle Yaya) – Edit – Paul Epworth, Vince Staples, ISHMAE – DJ Epworth is not writing about the war of the sexes but the world of sci fi and the scars, though he is sure willing to play the metaphor for all its worth on a good track – B+

Too Much Alike (with Patty Griffin) – Robert Plant, Patty Griffin – first rate rockabilly with Plant sounding like a Burnett brother and Patty with a touch of Loretta Lynn and Presley somewhere in the DNA – A-

Déjà Vu – Live in Amsterdam, June, 2018 – Roger Waters’ “US And Them” (three years ago almost to the day) at Barclays Center was a must see (here), and this song off his fine last album is given the treatment on the same tour – B+

More Love – Sara Bareilles – in theory, I have zero kick against Sara, in practise I don’t love her songs -even when she performs em well, I tempo switches and business turn me off… like this one – C-

Relación – Remix – Sech, Daddy Yankee, J Balvin, ROSALÍA, Farruko – I love Sech… but this is way too many cooks, you can’t relax into the beat – C+

In The End – Sheryl Crow – I’ve been thinking of writing about musicians I have an almost irrational dislike for, and you should certainly consider that Crow has been one of my most disliked musicians since 1994 (when she opened for Bob Dylan at Roseland), except for “Of It Makes You Happy” there is nothing she has done that I can stomach. And add this atrocious piece of agitprop putting Trump in the first voice and Christ in the second, it is enough to make you vote Republican (I mean nearly enough….) – D+

Echalo Pa’ Ca – Sofia Reyes, Darell, Lalo Ebratt – In which Sofia moves past her mother’s legacy and starts to build her own with some urbano trap meets regional Mexican vibes… that hook (what is it anyone? sounds like some form of wood instrument) is stellar – B

Hit Different – SZA, Ty Dolla $ign, The Neptunes – We woke to a surprise single featuring Ty Dolla $ign, and while it isn’t SZA’s best work, and it isn’t even Ty’s best song this year (that would be “Ego Death”), it is sure SZA and she sounds wonderful. The best thing about SZA is how full of character her singing is, not just how great it is but how it fulfills a song and a story every time. Her party disappointed “Drew Barrymore,” finds her full of deep sexuality “warm enough for ya” hook and is one of her true greats, though on her sophomore album, CTRL, the insanely great, grabbing for the crown chilled out beauty songs of uncomfortableness and sense and sexuality, is not just one song A-

Strange Days (with Robbie Williams) – The Struts, Robbie Williams – young but old school rockers use Robbie very well on a crisp and clever little rocker – B+