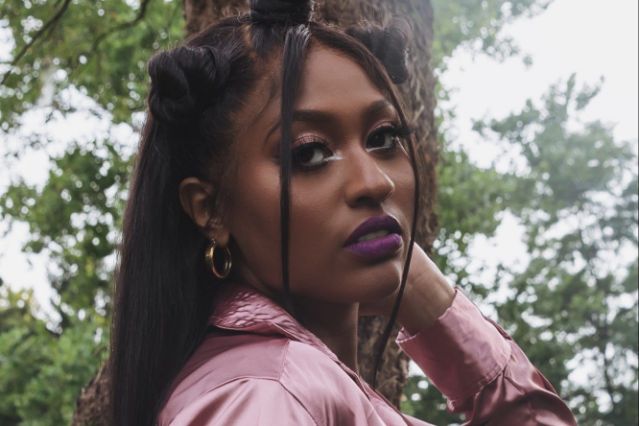 South Gotta Change – Adia Victoria – roots blues jones and true words. I have a friend who believes this is the Civil War Part Two… and the North is losing – B

No Ceilings (feat. Lil Wayne & Jay Gwuapo) – A$AP Ferg, Lil Wayne, Jay Gwuapo – A$AP is sure declarative and he holds Weezy too long before unleashing him, we get Jay’s autotune first – B-

Deep Reverence (feat. Nipsey Hussle) – Big Sean, Nipsey Hussle – Admire Big Sean? Absolutely. Love him? He’s a big star and he is a great rapper so I’ve never been sure why I wasn’t crazy about him. Here with the late Saint Nipsey, joining him on a beautifully rhymed song that doubles as a tribute and a smart use of the title – B+

Ice Cream (with Selena Gomez) – BLACKPINK, Selena Gomez – Blackpink’s ebullient collaboration with Selena Gomez (Selena’s Rare from January is a treasure) goodie. Sure, it is a song for the child in all of us, with K-Pop girl band Blackpink nanananaaing in the background and Selena in full giggle in the throat mode – B+

Over Now (with The Weeknd) – Calvin Harris, The Weeknd – we haven’t heard much from Calvin  since 2017’s bummer album and now he is back with a percolating ballad “Over Now” featuring the Weeknd’s gorgeous falsetto and Calvin giving his production skills to a simple but it says it EDM ballad – B+

Let There Be Peace – Carrie Underwood – Off an upcoming Christmas album, an excruciating piece of nonsense – MUST TO AVOID – D

Starting Over – Chris Stapleton – a very pleasant and low key country Americana song, I prefer Chris when he is quiet – B+

Reflection (2020) – From “Mulan” – Christina Aguilera – not a great song at the best of times, the original track off the animated feature is given an overdone brush up for the live action feature – C

Fear of God (feat. DeJ Loaf) – Conway the Machine, DeJ Loaf – Hit Boy produced, Dej is always worthy and Conway The Machine is the brother of Westside Gunn and they both created Griselda Records and having a great year, Conway spits the bars with power and violence, Dej’s singing is gorgeous  – B

Still Feel Like A Kid – Dawes – I recently noted that Dawes have a good song every five years or so, but surprisingly enough this is their second worthy this year, a clever pop rock track about the aging process – B

Birthday – Disclosure, Kehlani, Syd – very pretty Kehlani vocal and a steady shuffling of beats and vibes, the best one we’ve heard off the upcoming album – B+

Innate Thirst – Dying Wish – Portland metalcore rager about co-opting “subcultures or movements to gain social status or wealth” in George Floyd’s home town, the drumming is a blast of powder kegs and bullets – B

Solipsism – Fenne Lily – The singer songwriter has a killer hook and a different, pleasantly strident sound filled with piano and organ frills – B+

rue – girl in red – I gave up on Tik Tok because I lost interest in figuring out how it works. Girl In Red is the Tik Tok find whose name is used as code, if a woman tells  another woman she loves Girl In Red she’s saying she’s a lesbian. The actual songs are like this, busy indie singer songwriter stuff – C+

Ain’t It Different (feat. AJ Tracey & Stormzy) – Headie One, AJ Tracey, Stormzy – The follow up to grime drill star Headie One’s great Drake featured “Only You Freestyle”, includes one star and one superstar of the genre and wonderful rapping throughout – B+

Lost One – Jazmine Sullivan – Her first song in five years is a fine Gospel tinged neo-r&b instant classic, a beautiful thing indeed with a fantastic vocal…. welcome back – SINGLE OF THE WEEK – A-

Tumbleweed – Keith Urban – one of the best Urban songs in a long time, is a groove based Americana country rocker as high speed guitar chase – B+

Royal Rumble – Lil Tecca – Last years We Love You was a huge hit, emo rap taking off from the entire Soundcloud scene with efficiency and tunes, this is more of the same – B+

Turquoise Walls – Laura Veirs – what a sweet voice she has, on a fine singer songwriter song – B

Mirror – Porter Robinson – borderline soundscapes in a genre known as emotional Dance Music, and fits it nicely – B

Tomorrow – Portugal. The Man – yes, the Annie song, and very lovely – B

Forever In My Life (Early Vocal Run-Through) – 2020 Remaster – Prince – another song off the eagerly anticipated Box Set of Sign O’ The Times,  is perfectly lovely – A-

NOTHIN – Problem, Jack Harlow, Jay Rock – Problem went the country route, like a Chris Stapleton, from writing for hip hop stars to recording his own tracks, this is all flow and table tennis, with a newcomer and an old time helping the West Coast rapper – B

The Show Must Go On – Live at The O2, London, UK / 04/07/2018 – Queen, Adam Lambert – I wrote this about a 2014 MSG Queen gig: “Queen are simply not a very good band saved from obscurity by the ashtrays of emotion that was Freddie Mercury and a firm grasp on maybe half a dozen indelible songs… ” and this isn’t one of the dozen – C-

Don’t Call Me Names – Rhiannon Giddens – Americana blues, but if you wanna hear how to do this try Regina Bonelli’s “Don’t Put Your Hands On Me” – B+

Hysterical – Sad13 – I once caught Speedy Ortiz from the photographers pit at a Village Voice gig and man has she got a pair of legs. Otherwise, she’s nothing special and neither is this indie rock popper (ps: before you call me a sexist, look at the pictures she uses to illustrate her “ABOUT” tab on Spotify) – C+

Triptych – Samia – the lesbian sad girl’s every song has been pretty good, just like this – B

Ghosts on the Boardwalk – The Bouncing Souls – Back in the 80s I had a part time job at a bouncing soul crushing telemarketing job and was friends with the drummer. That’s when the band were a hard rocking behemoth. I don’t know what this plodding remake of an old track is except a major bummer- C

Mother Please Don’t Be Sad – The Flaming Lips – Worst band in the world? A dreadful, slow, and boring song, sung by a boy in heaven to his Mommy… and as bad as you think it is – MUST TO AVOID – D

Cyr – The Smashing Pumpkins – There was a time, circa “Tonight Tonight,” when Billy’s band might have been the greatest in the world. It didn’t last and since then it has been nasal sounding crap like this – D

I’m in the Doorway – Tricky, Oh Land – Not your daddy’s Tricky, a very pleasant and low key tech drums pop brightness with Oh Land leading the way – B

Expensive (feat. Nicki Minaj) – Ty Dolla $ign, Nicki Minaj – It ain’t “Ego Death” but it ain’t bad though you may find yourself waiting impatiently for Nicki to arrive, who delivers once she does – B

Wasn’t Born to Follow – Yo La Tengo – My fave Yo La Tengo album is their covers album, not Murdering The Classics but the unspeakably wonderful Fake Book. Come to think of it, Classics wasn’t bad at all, and neither is the Byrds cover – B