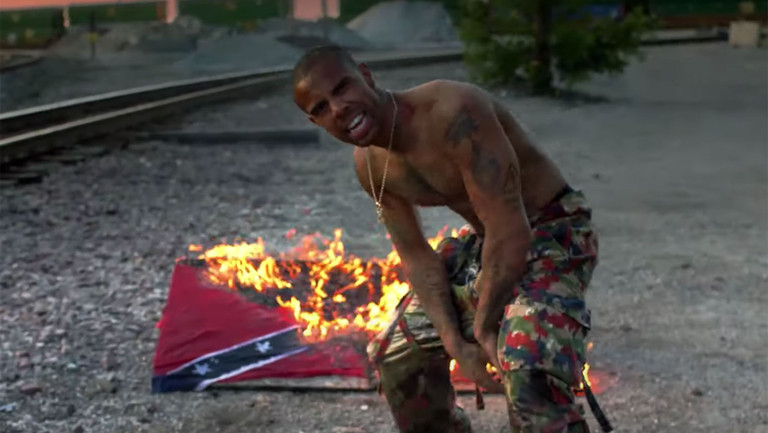 tonight – Alaina Castillo – teen beat Texan Alaina started as the top of the food chain at Autonomous Sensory Meridian Response (a youtube platform), and has continued all the way to here, where she sounds like a fair but ordinary disco singer – B

CUT EM IN (feat. Rick Ross) – Anderson. Paak – After a coupla years in the wilderness topped by a sound engineering disaster at MSG, this and the single just before it are a groove and then some delight, Rick sounds great – B+

Boomer – Bartees Strange – if rock has a real vision for the future, it is folks like Strange who will provide it, a cross genre mashup of beats and New Wave with a rocker vocal on the chorus, a top song – A-

Prism – Bully – Bully is a top indie rock band, good loud, good softer, with a crashing, bangalang here that kills on the chorus, the third goodie off next week’s drop – B+

Hard On Yourself – Charlie Puth, blackbear – Puth connects on his MOR pop soul stuff, and blackbear is a good match on the track, but the song isn’t where it is meant to be, sure the hook really hooks but the song doesn’t connect itself and it feels too much like movement for no reason – C+

Take Care Of You – Charlotte Davis Wilson, Syd – “I just wanted to write the sort of lesbian love song that I would want to listen to,” Charlotte said, and it is a goodie with Syd, I guess she helped in the production, giving it a floating glaze of desire and voices messed with and then not missed it. If there is specifically lesbian code here I can’t hear it, it reminds me of James Blake, its accessibility built in and the actual sound unique – A-

Summertime — Charlotte Davis Wilson – another beauty, a percolating 808 with Charlotte in full voice but smooth and skimming on top like cream – B+

How Deep Is The Ocean – Diana Krall – she first covered Irving Berlin’s “How Deep Is The Ocean” in 1997 and returns to it with a late night, blues and smooth jazz rendition now, from her upcoming album. The problem is, the melody is indelible and she steps on it. But that’s the only problem – B

Laugh Now Cry Later (feat. Lil Durk) – Drake – Drake has been around all year, not just his alright nothing special mix take but  with (long breath) DJ Khaled (“GREECE” and “POPSTAR”), Popcaan (“ALL I NEED” and “TWIST & TURN”), and Headie One (“Only You Freestyle”). Only Headie One adds to Drake’s legend. But with the horns that could be easily pulled off the song and used at sports arena when we ever get fans back in, it has big hit potential and it’s a lovely and very good  romance song – A-

Levitating (feat. Madonna and Missy Elliott) [The Blessed Madonna Remix] – Dua Lipa, Madonna, Missy Elliott – Missy steals it, Madonna remixes it and Dua is the It Girl – B+

Vodka And Lemonade – Ebenezer – this is hip hop, auto tune vocal, electronic track backing, and as strong a tune as you can imagine, if not stronger – B+

We Are All Cowards Now – Elvis Costello – the third and the final, and the best single, from his recording sessions in Finland, it reminds me of “Pills And Soap” as in a jagged bad mood piece, though Costello has spent his entire career bemoaning the state of the world so what’s new here? He needed a more memorable tune (surely one of his great gifts), but it is still a powerful post-punk weirdness – B

If I Hated You – Fletcher – a sizzling little sex bomb dance track  but post-WAP maybe a little prudish! – B

Time Is Hardcore (feat. Kae Tempest & Anita Blay) – High Contrast, Kae Tempest, Anita Blay – High Contrast kick in with a fresh beat and beeps and Kae, who has an enormously dexterous flow and a syllable riding spit through bars is in fine form, and Anita sings the hook – A-

you! – LANY – upbeat alt-pop that sounds bad enough to be Christian Contemporary, and I would leave it at that but the child’s choir is just awful – D+

She Couldn’t – Linkin Park – an unreleased song setting up the Hybrid Theory box set, a pretty good track that samples High & Mighty’s “B-Boy Document ’99”… maybe they couldn’t get the sample approved in time? – B+

Midnight Sky – Miley Cyrus – after seven years of fucking around, Miley finally continues on her 2013 Bangerz trajectory and it is clear that  while Cyrus’s restless artiness takes her everywhere, EDM pop is all she is great at – B+

Ultra Black – Nas, Hit-Boy – sampling Paul Simon, dissing Michael Jackson and Doja Cat for not being black enough, I, personally, loved Nasir (Nas’s last album) and I like this but not that much. It sure ain’t that black… I mean, Paul Simon? – B

Bottle Rocket Baby – Old 97’s – cool little country pop rocker, on an album that is probably built to please their base, the guitar solo is classic (rock) – B+

Happy Now – Pentatonix – if you think these guys suck as an a capella cover band, try listening to their original material – D+

Under The Sun – Ruston Kelly – as a man who went through going sober, it is as miserable an experience as this singer songwriter sounds – C+

Backstage Pass (with Monte Booker & The Drums) – Smino, Monte Booker, The Drums – gorgeous guitar hook sample via an old The Drums song and a more than adequate Smino singing – B+

Video Game – Sufjan Stevens – The last single, at twelve minutes, went on too long to make it, this is the real follow up to Carrie And Lowell we’ve been waiting for – A-

Fairbanks, Alaska – The Front Bottoms – Well, it certainly is as an original idea for a song as anything you’ll hear this week – B

Dying Breed – The Killers – every time I hear a new Killers band I think: “worst band ever,” but this Springsteenish rocking anthem ain’t terrible – B

As Many Candles As Possible – The Mountain Goats – always a fair enough songwriting band, this has a wonderful and thick guitar sound – B

Scarlet – The War On Drugs Remix – The Rolling Stones, Jimmy Page, The War On Drugs – Adam Granduciel goes where no person has gone before, he tightens the demo and fleshes out the guitars (which is why we are all here), and makes it less demo and much more song – B+

Legal Ghost – Tropical Fuck Storm -post-punk noise with a song there somewhere sticking out at the corners, and by the four minute mark the entire enterprise is hanging by a thread – B

No More Tear Drops feat. Malik Yusef & Wyatt Waddell – Vic Mensa, Malik Yusef, Wyatt Waddell – The Afrobeats are behind one of the top protest songs of the moment, a bigger picture  of Police Against Blacks brutality, the chorus is a Gospel sounding powerdrive, and the line that makes it the best of week: “I’m in the courtroom pullin’ my hair out ‘Cause I get another year for each one of my dreadlocks”. I’m not even that big a Mensa fan but this is undeniable –  SINGLE OF THE WEEK – A-

Beginning Of The End – Wyld Stallyns Edit – Weezer – I will tell you one thing for sure, the Bill And Ted movie will be better than this, the solo may well be parody but it still sucks prog like  – C-

Lied – WizTheMc – calls himself the Black Shawn Mendes with an edge, and this is catchy boy band hip hop stuff – B

Kacey Talk – YoungBoy Never Broke Again – 20 year old Youngboy grows up, and even includes his toddler daughter on the track to prove it – B