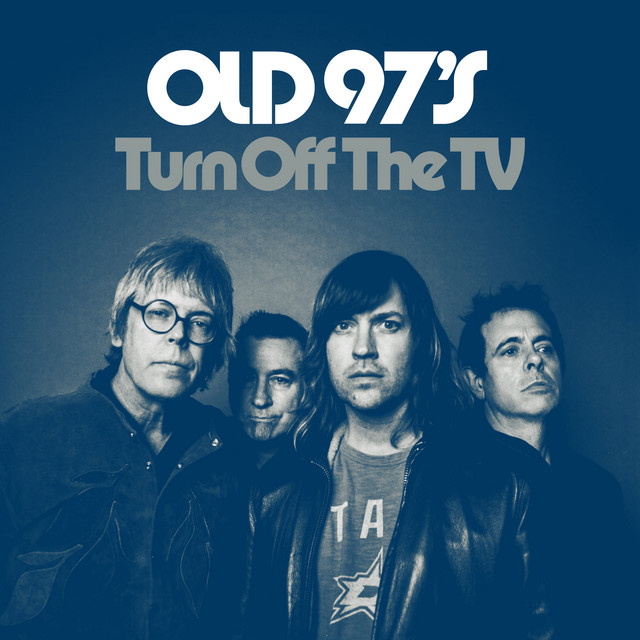 My Way – Aloe Blacc – Don’t let the title fool you, it is mainstream soul and medium cool  – B

Heaven On My Mind (with Sigala) – Becky Hill, Sigala – Has anybody sounded more like a willing participant and lead singer on your EDM pop track than Becky? Yes, Jessie Ware – C+

Put Her in Di Middle – Beenie Man – King of da riddim, Beenie Man does more with the remains of dancehall than most – B

Can’t Sleep – Big Boi, Sleepy Brown – I’ve seen Big Boi on stage three times, twice with the Outkast and the first time, circa Stankonia was killer, once on their Festival tour because they were running out of money when they sucked, and once just Big Boi opening for Christina Aguilera when he was alright. So I’ve tried, really – C

The Pressure of this Water – Bing & Ruth -ambient doodle – C

Parasite Eve – Bring Me The Horizon – named after a super violent Japanese video game, it is the same old super anthem they do so well, if you like that sound – C+

Mariana Trench – Bright Eyes – Conor went from precocious teens, to poetic twenties, to problematic thirties where his skills as a lyricist sink into word gymnastics ala Elvis Costello in the late 1980s. Having said that, this ain’t half bad blueprint Bright Eyes – B

Let Me Go – Cassadee Pope – what was that great song she did a coupla years? No, wait, I’ll remember… oh fuck it, I cheated: it was “How I Feel Right Now” and this ain’t that – C

Beautiful Life – Colouring – it is surprising more bands aren’t influenced by Radiohead. I can think of Alt-J and these guys but after that? – B

Mili – Chucky73, ABG Neal – Bronx Latin trap, good stuff and Chucky73 is ready for his close up – B

Discounts – cupcakKe – recovered from her close encounter with Jesus, and having lost approximately 200 pounds, Cupcakke nails a straight up banger – B+

Teenage Wildlife – Live at the Starplex Amphitheater, Dallas, 13th October, 1995 – David Bowie – what is Iman doing with her late husband’s back pages? There must be tons of material in the vault, take a breather and then release box sets of every album,  the guitar on this song is breathtaking and it is a great take on the classic. No kicks. Except… this isn’t how to do it – B

Pomegranate – Ninajirachi Remix – deadmau5, The Neptunes, Ninajirachi – deadmau5 might well be an arrogant asshole, but he is a major DJ and this is a great song – B+

March March – Dixie Chicks – The last time filed under the letter “D” and off to the “T”‘s they will be going, a blues country jammer – C+

Lil Scammer That Could (feat. Denzel Curry) – Guapdad 4000, Denzel Curry – a fun slice of re-purposing of “The Little Engine That Could,” the video is social distancing friendly – the clue is one person shots when there are two people in the video – B

Prisoner Of Love – Live On The Ed Sullivan Show, October 30, 1966 – James Brown – the rule of thumb is that Brown never met his white audience half way, we had to go to him. Here is an exception – A

Savage Love (Laxed – Siren Beat) – Jawsh 685, Jason Derulo – Derulo sampled the instrumental track by the Samoan Jawsh without permission, and now he has permission it is easy to hear why he did just that – B+

Dancing – Katie Dey – if experimental pop is a subgenre a la Charli Xcx and Arca, this Auckland woman is closer to baroque pop arrangements -but still pop – B

On – Kelly Lee Owens – she is from Wales, which explains why John Cale is producing, that and how swooning her electronic pop chops are – B

Children of the Revolution – Kesha – Kesha is better than you think she is, her Dr. Luke fiasco and “Tick Tock” gave us the wrong impression, but she is a hard rock and dancing banger maker and the T-Rex cover is first rate – B+

Kings – RECROWNED – Kosine, Kevin Ross, Idris Elba – Kosine is a producer who has worked with names like Big Sean, Nicki Minaj and Rihanna, this is a benefit single for “black men and mental health that will benefit pandemic relief efforts”. Idris, who recovered from Covid-19 earlier this year, lends a voice – B-

Back At It (feat. Lil Baby) – Lil Mosey, Lil Baby – Lil Mosey broke through earlier this year with “Blueberry Faygo” and this is just as good – B

Fire Drill – Melanie Martinez – a year after the great K-12, where her odd and childlike awesomeness becomes r&b, this ain’t as good though similar – B-

Lyrical NIGGAZ – Michael Monroe – The Hanoi Rocks guy is looking to get cancelled on this hip hop bad idea, though it ain’t bad – B-

Who Am I – NEEDTOBREATHE – the born again boys have been boring for years, and no exception here – C

Turn Off The TV – Old 97’s – is there anything better that Old 97’s in full blown pop mode? A catchy and tuneful, pure pop rocker of the first order. Will it change your life? Sure… for three minutes – SINGLE OF THE WEEK –  A

Witness 4 The Prosecution (Version 1) – 2020 Remaster – Prince – The deluxe Sign O’ The Times will include a brain frying 45 unreleased songs and if they are half as good as this astonishingly vivrant and cool first unreleased song drop, they won’t be just , “Witness 4”  would fit on to just about any post-SOTT albums, a horn blowing, ass twirling full out track – A-

Alien – Rema – Nigerian pop is having its moment, here is some ear candy hip hop – B

Fit N Full – Samia – Yes, her cover of Liz Phair “Never Said” was epic but can the one woman band write em? She can on this catchy pop trifle with a soaring chorus – B

What The World Needs Now – Tank and The Bangas, David Shaw, PJ Morton, Alexis Marceaux,  – January 2020, Tarriona “Tank” Ball, her band, and her friends in New Orleans recorded the Bacharach-David classic. As a song, it is hard to fuck up and Ball doesn’t come close on a lovely version – A-

Freeze Tag (feat. Kamasi Washington & Phoelix) – Terrace Martin, Robert Glasper, 9th Wonder, Kamasi Washington – The problem with Terrace is he started the string of singles at the top with “Pig’s Feet” and this isn’t  as good. But as smooth r&b-jazz fusion goes, it is still awful good. By the way, if you can please search out his cover of Marvin Gaye’s masterpiece Here, My Dear – B+

Falling Down (feat. Hak Baker) – The Streets, Hak Baker – His seventh (or sixth -not sure if a 2019 is a loosie), and they have all been excellent. So is this one. Fuck, he even made Tame Impala bearable a coupla songs ago. I love his accent, I admire his skills, and if in 2011 he was ripe for religion on 2020 The Streets should be back at the top – A-

You Don’t Know How it Feels – Home Recording – Tom Petty – Translation? He hasn’t dubbed the guitar lick yet – A-

Past Life (with Selena Gomez) – Trevor Daniel, Selena Gomez – I spent a chunk of shelter at home watching “Wizards Of Waverly Place” on Disney+ after Selena’s latest album, Rare, blew me away. So does this song with electronic wiz Trevor – A-

I Cry – Usher – Remember when Usher opened for Mary J at MSG and did a whole medley of Michael Jackson and seemed thisclose to being the next one? Neither does he, and this is a nothing much soul ballad – C+