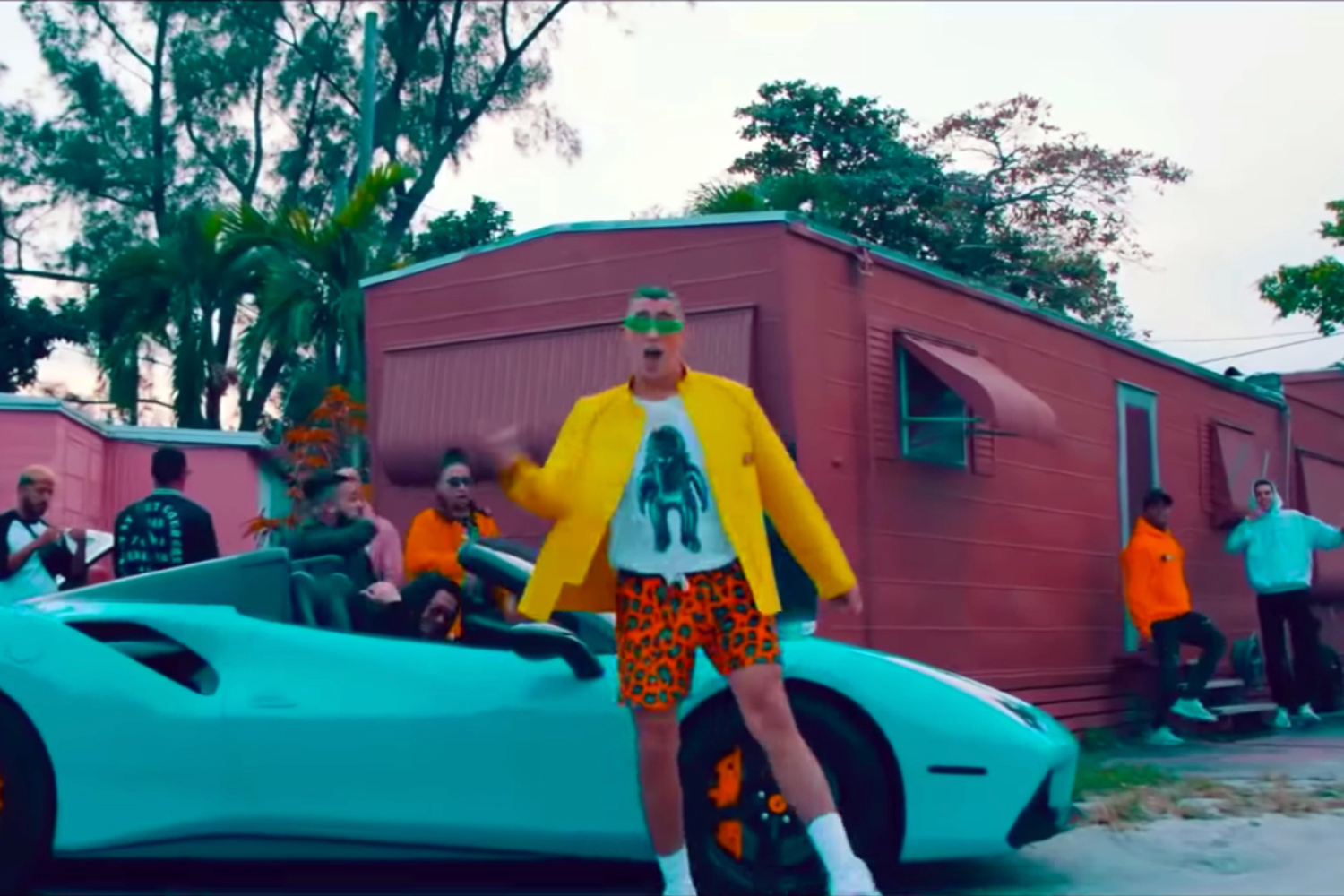 Must Have Been The Wind – Alec Benjamin – Acoustic guitar, pretty and smart enough – B-

Estamos Arriba – Bad Bunny, Myke Towers – Latin trap at its best, the sound of 2019 is personified by Bad Bunny and especially on this excellent piece of ego inflation. Right now the world belongs to Bad Bunny  – SINGLE OF THE WEEK – B+

Look What You’re Doing To Me – BANKS, Francis and the Lights – Perfect match of alt woman from Cali and tightly knit crossover EDM popster experimentalists beloved by ego stretched rappers everywhere – B-

Kids In The Dark – Bat For Lashes – In my mind, I mix and match Bats For Lashes and Cat Power -maybe because they are both so boring – C

K.R.I.T. HERE – Big K.R.I.T. – Well played piece of self-regard, K.R.I.T. is always welcome and we are getting an album instead of a mixtape next – B

Off Shore – Beenie Man – Just terrific dancehall, his second off the album that will blow you away – B+

Daddy (feat. Rich The Kid) – Blueface, Rich The Kid – The follow up to “Thotiana” has the same M.O., “she calls me daddy, I don’t even know her mama” is the nailed down end result of promiscuity, with Rich The Kid adding the prequel: “She wanna fuck I don’t even have a condom” … in time for Father’s Day – B

A Brand New Day (BTS World Original Soundtrack) [Pt. 2] – BTS, Zara Larsson – Raised in test tubes till the age of ten, if one leaves there is a dozen to replace the members of BTS, and the K-Pop wonders makes you wonder what  SK’s armed forces is like… Zara sounds sweet here as well – B-

No Guidance (feat. Drake) – Chris Brown, Drake – The question isn’t whether Drake can glow on a Chris Brown r&b track, but if Drake will be able to take back his crown when he returns – B-

The Best In The World Pack – Omertà – Drake – still over his dead body as he doesn’t quite tribute the Raptors, minor league stuff – B-

The Best In The World Pack – Money In The Grave (Drake ft. Rick Ross) – Drake, Rick Ross – Nice idea, like the King’s of ancient Egypt, Drake wants to make sure he can maintain his lifestyle in heaven. We don’t hear much from Rick, and he sounds fine here – B

Talk You Out Of It – Acoustic Remix – Florida Georgia Line – Sure, we all hate em… the band name alone, but this isn’t a bad lo fi take – B

Do u Need Love? – Francis and the Lights – Busy week, this is more like the way the guys do it – C+

Time – Free Nationals, Mac Miller, Kali Uchis – Let me save you some time, two minutes in you’ll get to Mac’s rap – C+

Better Luck Next Time – Kelsea Ballerini – Nothing much – C

Bounce Back – Little Mix – Mediocre banger from the UK women, even the horns don’t help  – C+

Rescue Me – Marshmello, A Day To Remember – The popular DJ goes emo – C

Twang – Mason Ramsey – This kid is so creepy he should be on the twilight zone, the song is pretty good but he just sounds bizarre  – C+

Special – Simple Creatures – Mark Hoppus new band dabbles in beats, better than when he is not dabbling in beats… that’s Alex of All Time Low joining him – B

You Need To Calm Down – Taylor Swift – Co-written by Joel Little, the New Zealand guy who also co-wrote Lorde’s “Royals,” it is her best single in years and still not good enough. A rebuke to trolls and homophobes, “Calm Down” is spritely, pretty, a little and a little inane  – B

Bored and Razed – The Raconteurs – not bad power pop, electric guitar zoomer rock out – B