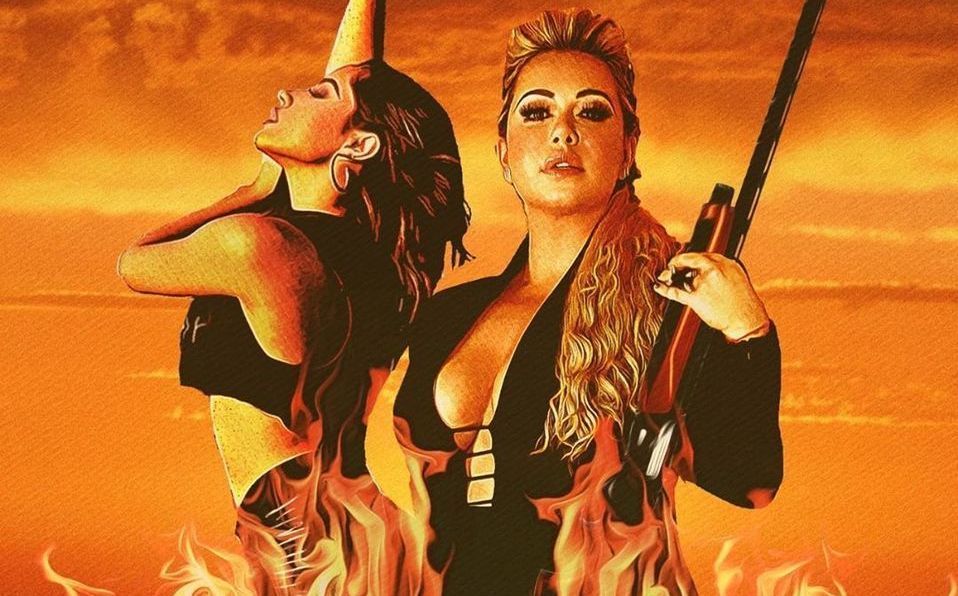 Riri – Aminé – three years after he streamed “Caroline”  a billion or so times, last year more in the 50M line, “RiRi” is a smart little metaphor for a romance and catchy as Amini always is  – B

One And Done – Bright Eyes – with Flea (big get, right?), the Conor part is awful, he forgets what we loved was not his misery but his melody, which he seems incapable of writing today. However, for once Nate comes through and saves it with a powerful and well arranged instrumental interlude – B-

Mood Ring (By Demand) – Britney Spears – An outtake from Glory, and you can hear why its slow and fused EDM pop is a low key answer to Lady Gaga – B

Jolene – Chiquis, Becky G – You’re gonna LOVE this take on the Dolly Parton classic done as Mexican mariachi South Americana, a true meeting of genres and musical open borders and a little thrill of a rethink by the substantial Chiquis Rivera (the daughter of the legendary Jenni Rivera) and superstar Becky G  – SINGLE OF THE WEEK – A-

It Must Be Someone Else’s Fault – Courtney Marie Andrews – it is not that Courtney is a one hit wonder, because 1) clearly “May Your Kindness Remain” wasn’t that big a hit and 2) it was also too good, so good that it makes her other, strong, work seem a little dowdy. That was from 2018, and she has released three songs off her soon to be released fifth album but first post breakthrough. The other two were nothing much, but this is a tick upwards – B+

Dominican Mami (feat. Fivio Foreign) – DaniLeigh, Fivio Foreign – Drill will never be trap the way trap will never be dubstep, dubstep is an EDM production value, trap is about a form of beats that give everything a metallic twinge and nervousness along with the drugged out singing, and drill is an attitude and had in to first runner up now Pop Smoke is dead, Fivio Foreign he kills his verse – B+

Love Hangover – Eric Kupper Remix – Diana Ross, Eric Kupper – “Love Hangover” is from Diana’s 1976 eponymous game changing disco album, Eric Kupper is an English DJ given to disco beats and the remix is HALF THE LENGTH of the original,for one reason? because he sped it up – B

It’s My House – Eric Kupper Remix – Diana Ross, Eric Kupper – From a 1979 album, also disco but a slower tack and not the iconic one. Which means it’s easier but not as interesting – B-

Dreams – Ella Eyre, Yxng Bane – the knockout EDM go to singer when Jessie Ware is away for the weekend on a very good pop track – B+

Shimmer – El Ten Eleven – nice lick and interesting break where they derail everything for one second and reemerge, but not much else with these rockers on an instrumental – B-

Look What You Made Me Do – Jack Leopards & The Dolphin Club – The band is Taylor Swift and her brother Austin gaming Scooter Braun on a version so different she should have changed up the lyric and just done a new one. Nothing special, sort of moody trance rock – B-

Tell Me U Luv Me (with Trippie Redd) – Juice WRLD, Trippie Redd – The best of the posthumous singles  is pure Juice WRLD, his use of autotune never interferes with melody or emotion and Trippie, who can be the most irritating rapper alive, is on his case with a fine verse – B+

Routes (feat. Chuck Billy) – Lamb of God, Chuck Billy – the fourth new single and second very good one with proggy vibes that never get in the way as they sing about the Standing Rock protests and include Native American Chuck’s (from Testament)  voice- B+

Hurry Home (with beabadoobee & Jay Som) – No Rome, beabadoobee, Jay Som – ever since Powfu’s brilliant “death bed (coffee for your head)” I’ve been paying attention to Fillipino singer  beabadoobee and have been consistently rewarded, when you see her name you’re cool, including here – B+

No Glory in the West – Orville Peck – this alt country guy bores me so much, a baritone who still whines. Listen Orville: take off your mask, suck a dick and chill – C

Forever Mine – Robin Thicke – his only great song wasn’t only plagiarized, it wasn’t even plagiarized by Robin who put his name as a co-composer for the shits and giggles and lawsuits. This is lame smooth r&b by a rotten guy – MUST TO AVOID – C-

TKN (feat. Travis Scott) – ROSALÍA, Travis Scott – Rosalia is well on her way to being the female Bad Bunny, she just towers above genre on song after song, and she does it here with, gasp, Travis Scott second feature with her on “TKN,” a terrific Latin pop banger – A-

Roses Remix (feat. Future) – SAINt JHN, Future – It hit big in the UK and this remix is more of the same  trap plus he added a superstar for a verse – B

No Love – Skip Marley – Earlier this year his duet with H.E.R. had me wondering if the powers of Bob skipped a generation and is now residing with the grandson. No, but it wasn’t a fluke either – B

Brand New – Teddy Thompson – Teddy has never replicated his father (he is to Richard what Andrew is to Mario -OK, with limitations), he isn’t a musician’s musician, he is a serious songwriter and he writes a serious song on this mid-tempo blues number – B

Ur So F**kInG cOoL – Tones And I – Honestly, I don’t see this maintaining the brand (how can she beat a billion and a half streams on Spotify alone?)  though I admire the (third) attempt and wish her well – C+

Fake Cry – White Sea – ambient art pop from M83’s Morgan Kibby, when I wrote the other day that the new Lady Gaga is also new dance pop, what it added up to was Kibby being on three songs – B-

Where Do The Children Play? – Yusuf / Cat Stevens – Cat Stevens is prepping a new mix of Tea For The Tillerman in celebration of its fiftieth anniversary and here is the first single, a classic slowed down and with pointless backing vocals, and additional guitars that give it a metallic veneer till he pounces on the second verse – B