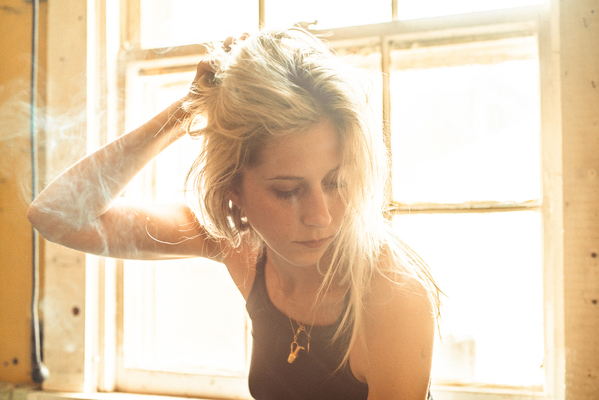 It Ain’t Water – Alison Mosshart – Americana blues, like Lucinda Williams without the skills, but with the attitude and a somewhat better voice – B-

About A Girl – Bully – we are inundated with covers in this pop moment of despair and derangement, most aren’t worth your while but this one is a masterful take on one of Nirvana’s masterpieces (plus one of the great first lines of a song: “I need an easy friend”) –  SINGLE OF THE WEEK – A

Turn To Hate – Bully – three years on and this personal bucket list band are back with a perfect indie rock track emerging from Orville Peck’s country song, plus  a lovely guitar solo on the bridge – A-

Wayne – Des Rocs – awesome little rock and roll pounder: “Just call me Wayne and I’ll run run run til the grave, cause the day I rest, is the day I’m dead and we’ll all go down in flames” – A-

I Got Nothin’ – Dion, Van Morrison, Joe Louis Walker – This is more like it, straight up electric blues with two great singers added for featured power – B+

Same Mistakes – Hannah Georgas – pleasant, beat programmed, singer songwriter who wants to go back in time and warn her younger self… a little cliched given her side of the street – B-

Will – Remix – Joyner Lucas, Will Smith – Joyce inspired by Will and Will tells us what gets him jiggy! Soft like microsoft – B+

I Want to See the Bright Lights Tonight – Mark Ronson, Raissa – Linda Thompson’s singing on the original is a schooling on sex and youth and hedonism and the sturdy EDM of Mark Ronson’s cover and Raissa’s ordinary vocal adds nothing at all but it is still a pleasure to hear the song as it drips in irony  – B

Try – Neil Young – Neil calls his upcoming album release the missing link between Harvest and Comes A Time, and its first song is a plodding country rock minor work but not bad – B

All Together Now – OK Go – the song is ordinary  but (no shock here) the video makes better use than usual of the pandemic induced limitations as they split up the screen by instrument in the arrangement and a musician might show more than once, the bridge nearly saves the song  – B-

Pop Shit – REASON, ScHoolboy Q – TDE signing Reason has some weird voice, and here with labelmate Schoolboy Q they add a trap beat behind em on a keeper – B-

Maggie – Sarah Jarosz – she was great opening for Steve Earle two years ago (here) and just as good on this beautiful folk rocker, a smooth going down beauty – B

(What’s So Funny ‘Bout) Peace, Love and Understanding? – Sharon Van Etten, Josh Homme – if you thought you were sick of the song wait till you hear this slow and tedious slide guitarred bore – D

ENEMY – slowthai – I’ve never quite gotten Slowthai, his rap is experimental and he is nothing like the grime that usually comes out of the UK, but the sound is unique and this has a pounding beat that gets under your skin about just like the NME awards (with Matt Healy sampled at the upstart) where he threw a drink at an audience member – B-

MAGIC – slowthai, Kenny Beats – this is better, thanks to not just slowthai’s rap but Kenny’s drums plus bass dubby beat – B

Guys – The 1975 – not bad, 75ish mid-tempo record but they should have released the album, this is their sixth single off the quarantined new release – B

Death By Rock And Roll – The Pretty Reckless – did you know that lead singer Taylor Momsen played Cindy Lou in “How The Grinch Stole Christmas”? Sure, the sucky one with Jim Carrey but even so. Not unlike this sucky rocker but even so – C+

Excitement – Trippie Redd, PARTYNEXTDOOR – Redd was so bad on 2018’s Travis Scott tour he pulled out after a month, but if he sucks on stage (Trippie was terrible), he is better on record though not on this snooze – C

Zen (with K.Flay & grandson) – X Ambassadors, K.Flay, grandson – indie superstars try to get through isolation with K.Flay stealing the show – B-

Only in My Dreams – Zeshan B – piano lick folk ballad – C+