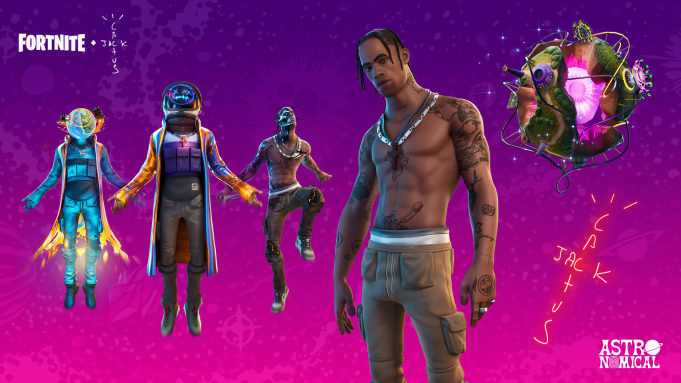 Dangerookipawaa Freestyle – Ab-Soul – The Black Hippy member is terrific solo, pretty good on stage as well and the proof is this first rate freestyle – B

Diagnosis – Alanis Morissette – reminds me of all the things I never liked about the whiny woman, a dreary piano ballad – C

Good Job – Alicia Keys – I usually hate Alicia piano ballads more than I hate Alanis, but she gets the tune on the money and it has a resistant to dislike chorus, all that “good job” stuff is both sad and life infirmed – B

Way More Fun (feat. Lil Yachty) – Asher Roth, Lil Yachty – Asher’s horn rimmed percolating salsa dance track aided by Lil Yachty’s persuasive have it allness in counterclock to Asher’s advice to up and coming rappers with actually good advise, not everybody can be Lebron, or Lil Yachty for that matter, but it is more fun trying than not – B+

We Are Warriors – Avril Lavigne – Remember when she was gonna be the next Joan Jett? Neither does she on this rethink of the last track from her last album   – D

That’s What I Said – Bhad Bhabie – she can really rap, not great but  the hook for sure works  and we have known that for years so now what? – B-

For What It’s Worth – Billy Porter – Kinky Boot’s “Lola” has a great voice, Broadway yes, but tinged with soul. Here he covers Buffalo Springfield as a lead up to the November election – B

Summer All Over – Blake Mills – Of course Blake dropped a new single, Fiona Apple just released an album so why wouldn’t he, it is a slow and tedious piano ballad – C-

Forced Convalescence – Bright Eyes – after the actively lousy “Persona Non Grata” (less than a million streams by the way), this begins very prettily and it leads effortlessly to the chorus where a full choir doesn’t hurt it, no, what hurts it is the as always too busy for his own good Nate Walcott with a way too busy bridge… still, a huge relief – B

Bounce – Cazzu – if you haven’t listened to Spotify’s “Trap Land” playlist of up to the moment Latin Trap I can’t recommend it highly enough, an absolute joy and at the top of the list is Cazzu, the 26 year old Argentinian rapper and songwriter and she has the most addictive earworm of the week, a rhyming, rhythm based track to a metronomic trap beat – A-

claws – Charli XCX – how can such an unusual, experimental art popstar be so typical? – C+

“Farewell” Symphony – Deerhoof – about things that capitalism killed… – B-

Eat It Up – Flo Milli – The “My Attitude” rapper has a simultaneously nursery rhyme and kind hearted coolness here, she’s made a believer out of me – B+

Dial It In – Harkin – punk journeywoman who has performed with everyone from Wild Flag to Sleater Kinney (OK, not that everyone, true), and on her own has a well crafted rocker with a nice riff to take her home – B

Why Worry – Isaiah Rashad – The Black Hippie with a little Danny Brown in his timbre and a good flow that tumbles through bar after bar, great background sample – B

Dreamsicle – Jason Isbell and the 400 Unit – a moving on, dysfunctional family edition song, and the second goodie out of four – B+

Righteous – Juice WRLD – his first posthumous release was ready before he died and it shows with nothing of the tentative adds you tend to find in even the most respectful found tracks from friends songs, a Lil Peep style mumble rapper about drugs and Juice’s white Gucci suit  while a  beautiful, slow, drug dreamy lucidity has an anxiety attack as we expected from the late great  teen star – A-

Polaroid – Keith Urban – catchy country, one of his best since he went pop – B

Fake Friends (feat. Joan Jett) – L7, Joan Jett & The Blackhearts – The classic track isn’t improved upon but hey, if it finds a new audience why not? Dig the snarled “beat it” at the end – B+

Illuminati – Lil Pump, Anuel AA – Lil Pump is a king of repetition, and it is the DNA he uses on “Illuminato” and he’s good, though not Anuel AA good – B+

Sasuke – Lil Uzi Vert – I love the new album but it didn’t do much -it needed that song and it didn’t have it and this ain’t it either, though I love it – B+

Times Like These – BBC Radio 1 Stay Home Live Lounge – Live Lounge Allstars – I should have known the Foo Fighters (or at least Dave Grohl and Taylor Hawkins) were involved in this piece of dribble, a singalong to a terrible Foo track featuring Chris Martin, Biffy Clyro, Royal Blood, Hailee Steinfeld, Dua Lipa, Paloma Faith, YUNGBLUD, Sean Paul, Celeste, 5 Seconds Of Summer, Zara Larsson, Rita Ora and Ellie Goulding, for the worst of these charity tracks since “Imagine” (not that long ago but you grasp the concept) – MUST TO AVOID – F

On the Mend – Man Man – an old indie pop rock psychedelic track, better when quieter – B-

You’ll Never Walk Alone – Michael Ball, Captain Tom Moore, The NHS Voices of Care Choir – Captain Moore will be 100 years old on April 30th, and he is the man who walked around his garden to raise money for the NHS, and ended up raising $35M. The abysmal Michael Ball had Captain Moore croak on a cover of “You’ll Never Walk ALone” -unlistenable, of course, but that isn’t the story: the story is how life is not over until life is over. Even knocking on a century and Ball is still in the midst of it, and where there is life there is hope and there is change… the song is unspeakable – D+

Cool Off – Missy Elliott – cool, not off, rhythmic gaming dance genius stuff – A-

CRUMPY – Nick Hakim – whimsical because that’s Mac DeMarco on guitar, but soulful singer songwriter so it makes sense in its own way – B-

I Didn’t Mean To – Sarah Barrios – her bio reads “don’t mind me. ill just be over here spilling my guts”, yes and she is very charming in a sad song sort of way – B

I Am America – Shea Diamond – Justin Trainer co-wrote this joyful, horn driven, self portrait of a country- B+

Fire In Bone – The Killers – The last song wasn’t terrible, this song is terrible – D+

No-One – The Psychedelic Furs – best of the three singles, but still the catchy factor is gone – B-

Living In A Ghost Town – The Rolling Stones – We haven’t had an album of new material from the Rolling Stones since the godawaful a bigger bang in 2005, but in 2012 we got a coupla mediocre songs on the GRRR! greatest hits, and in 2016 one of the Stones best albums of all time, the blues covers Blue And Lonesome dropped. Following their performance on the One World: Live Stream At Home Together, they’ve given us a new song: a dubby reggae lilt added to a New York Blues Stonesiness, “Living In A Ghost Town”. It was demoed a year ago in LA for an upcoming album probably waiting till their 60th anniversary in 2022, Jagger repurposed the story of a left love for the age of isolation and gives a fine vocal performance and an even better harp solo, Ronnie sounds good with an add of a squiggle hear and there, and, it’s essentially reggae so Keith’s area of complete expertise, the rhythm section takes an excellent bedrock and lays the song on top. Minor Stones but Stones nevertheless – B

THE SCOTTS – THE SCOTTS, Travis Scott, Kid Cudi – Now, this is a supergroup, two top stars with tastes in sound that dovetail apart (with Kanye West the divner between the two), walls of sound, dank vibes, half beats, slurred and articulated vocals and that “Fortnite” outro, those weirdly fucked with horns… plus Rolling Stone don’t like it so… – SINGLE OF THE WEEK – A-

Mother – UMI – she calls it bedroom r&b, and there is a lot of it going around, which is fine by me. Lovely low key soul, the Japanese-Black-American woman said: “I wrote this song as a letter of gratitude to Mother Earth and to my own mother for this existence” – B+

Lurchers – Western Addiction – excellent little rocker, bounces hard and the vocal just proves he could so do screamo but isn’t – B+

Your Hero Is Not Dead – Westerman – indie, piano singer songwriter with a laid back coil to it – B-

Sunshine – Young Dolph – back on his feet after nearly getting shot to death, here Young Dolph actually deals with the quarantine realistically (in his green lamborghini) – B+

Weird! – YUNGBLUD – remember when the glam English id was sleeping with Halsey and about to be the next big thing… this won’t help if you don’t – C+