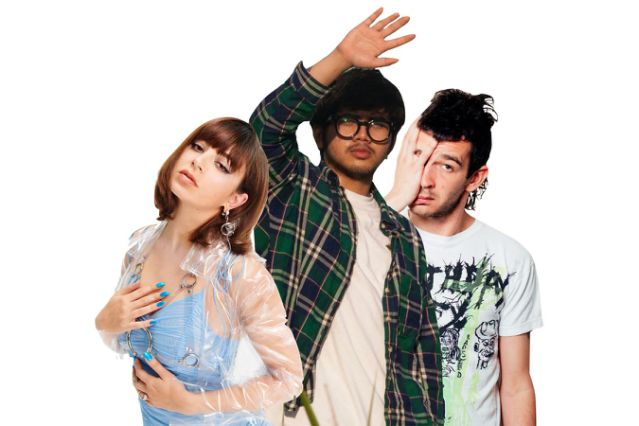 No Rome and friends

TRUTH (feat. Sam Truth and redveil) – AG Club, Sam Truth, redveil – this is art rap? It sounds like a hook bastard of a track, I don’t know who Sam Truth is but I do know this, he has a great voice – B-

Till Forever Falls Apart – Ashe, FINNEAS – looks matter in pop, always have. Art is different but pop? Yeah, it’s a whole package and Ashe is a lovely 20something with a beauty mark on her upper lip and with Billie’s brother she offers up an overblown pop ballad though she is still lovely, which is why it is not C but – C+

no sense – Baby Keem – Kendrick Lamar’s cousin, he helped produce the Black Panther album, who has never quite come into his own, and on this metronomic track it is easy to see why; a boring exercise in hitting an obvious beat – C+

Leave The Door Open – Bruno Mars, Anderson .Paak, Silk Sonic – I was discussing this with True Groove’s Tomas Doncker. I hated it, he thought it was fairly good r&B. I listened again and I hear why he likes it but it is like The stylistics without the style, still Doncker was right, it doe its job – B-

Everything New (feat Chance The Rapper, Wiz Khalifa, Rockie Fresh) – DJ Pharris, Chance the Rapper – The DJ has been in the game since 1988, so this is probably not his worst effort to date, and that “drip check” is addictive… Wiz sounds great  – C+

Unbreakable – Escape the Fate – congrats to The Killers, no longer the worst rock band to emerge from the casinos and brothels of Vegas – C-

Roaring 20s – Flo Milli – I know you think it is “It’s The Hard Knock Life” but I would claim “If I Was A Rich Man” is the most sampled song on Broadway, the great female rapper Flo Milli uses that down beat all over the song to rap against on the fine single – B+

Serotonin – girl in red – Girl In Red meets Finneas (literally, he produced) and it is a big move for her, out of the closet and into the lab as it were, on a synthy, indie pop move – B

Chorfa – Innov Gnawa – produced by Daptone co-owner Gabriel Roth, the Moroccon band are considered Arabic soul though not sure quite why… I prefer Arabic pop anyway, especially over thirteen minutes – C+

Be Sweet – Japanese Breakfast  – I don’t get her Bjork influences at all, she might say it, and I guess her girly voice might add to the vibe, but this is hyperpop in waiting pop indie stuff not art-pop propaganda – C+

Ma’ G – J Balvin – Balvin is a top Latin popster with an ear for trap and a friendship with Bad Bunny, and he sounds like an uneccentric bad Bunny on this fine track – A-

Life’s A Mess II (with Clever & Post Malone) – Juice WRLD, Clever, Post Malone – A remix of Juice’s song with Halsey by Clever, it works surprisingly well as Clever takes an earlier version of the song and builds around it – B+

Hold On – Justin Bieber – another soft soap from his upcoming album, nothing personal but this is getting a little boring saved by Bieber’s vocal – B-

Do I Ever Cross Your Mind – Justin Townes Earle, Dawn Landes – first rate cover of the old Dolly Parton song with plucked banjo and washboard from the late Earle – B+

If You’re Scared – Kat Edmonson – I’ve been waiting patiently for her follow up, I mean good follow up, to “Who’s Counting” in 2014, and despite her white Billie Holiday voice vibes, this ain’t it – C+

Agatha All Along – Kristen Anderson-Lopez, Robert Lopez, Kathryn Hahn, Eric Bradley, Greg Whipple – I am seriously considering writing a review of “Wandavision,” what stops me is that I have no idea how to get a new thought about it (the same problem I’m having with Marilyn Monroe that I’ve wanted to write for weeks now),  this song by Disney’s “Frozen” couple, is a dream TV Theme (and she killed Sparky too) – A-

Real As It Gets (feat. EST Gee) – Lil Baby, EST Gee – Lil Baby’s flow is on a whole other level here, the song isn’t much but the rapping is precise and strong spitted, he attacks his words with such precision – B+

Amnesia (feat. GASHI) – Loud Luxury, Ship Wrek, GASHI – if Juice was into dance, he might have sounded like this… but the song despite its bass part, is indifferent – C+

Take My Hand – LP Giobbi – in a week with way too much bad EDM, here is a great slice of Femme House! That’s not the genre, it is what Giobbi has dubbed her teach yourself to be a DJ if you’re a woman platform, and also the best dance song of the week – A-

Drink A Little Whiskey Down – Luke Bryan – congratulations Luke, a fine outtake from last year’s good album… I guess he is readying the deluxe – B+

This Is Heaven – Nick Jonas – a significant improvement on “Spaceman” – B

Spinning (with Charli XCX & The 1975) – No Rome, Charli XCX, The 1975 – No Rome is the popular Filipino DJ, you know the other players, and this is a first rate, second generation hyperpop and addictive state of the art EDM -a big time sound that should break pop… or else – SINGLE OF THE WEEK – A-

SEXIST – Pussy Riot, HOFMANNITA – I guess it’s pretty official that the Russian agitprop agonists will never have another song as great as “Make America Great Again”… so until then, this has a similar DNA without the tune – B-

Down The Line – Rachel Love – Love covers her own Dolly Mixture song in a dreamy, cream colored, beauty of electronic dreamscape – B+

I’d Rather Be – Sam Huber, Amp Fiddler – or Sly And The True Groove Family – A-

I’m On Fire – Shakey Graves – really, this is a terrible take on the Springsteen masterpiece as Americana drab – D+

slower – Tate McRae – okay, “Rubberband” was a fluke and she won’t hit that heights again, which doesn’t mean she can’t write a hook  – B

Tell Me How (Coca-Cola Commercial) – Tyler, The Creator – yes, really, see below – B+

Thugged Out (feat. Kodak Black) – YNW Melly, Kodak Black – you may not know this, but it is true: not all rap performers can do it on stage and Kodak is NOT one of them, he is terrific in person as well as on record, Black is also terrific on this piece of pop -freed by Trump, that’s one thing you can thank EXPOTUS for, it’s great to have him back  – B