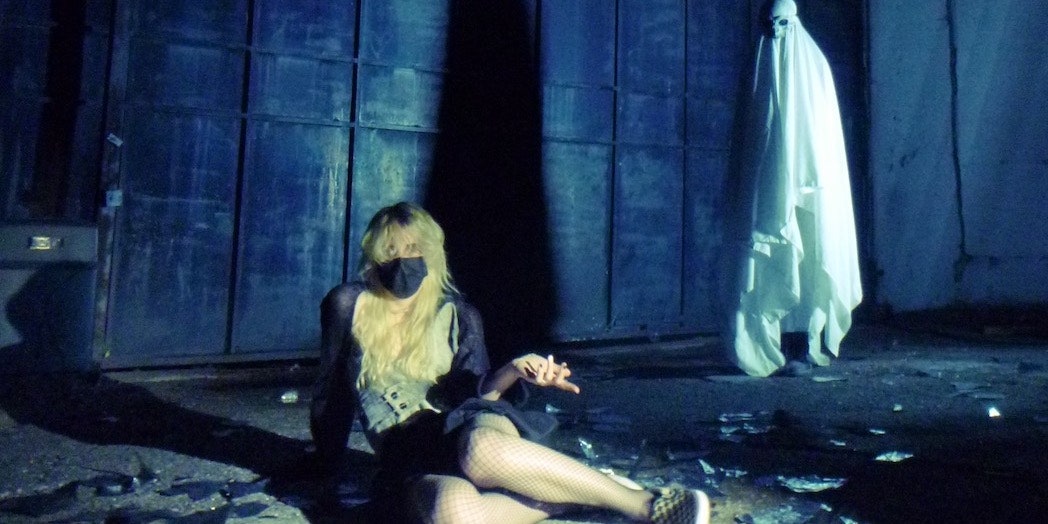 Don’t Forget – Blxst, Drakeo the Ruler – good to see Drakeo out of prison and back at the top, he rules this track featuring the LA based emo rapper sounder Blxst – B

Show U Off – Brent Faiyaz – to celebrate women’s month or day or something, apparently boring women to death helps – C

Nothing But The Blood Of Jesus – Carrie Underwood – spirituals go Americana, much better than the first song we heard – B

Safe N Sound – Chronixx – when Jimmy Fallon discovered him for a Western audience during a vacation in Jamaica, Chronixx seemed set to be a major reggae guy, and he does alright rasta vibes, but not that good – C+

THE DRAKE – cleopatrick – The Drake is the Drake Hotel in Toronto, the duo is a fuzzed out rocker one, and the story according to Loudwire is about a malicious moshpit at their first performance for other than friends: “There was one particular guy in the group that really put me out of my head. My high school bully. As some kids decided to start a pit, the bully put one of our best friends on the ground in a chokehold. We watched from the stage”. Pretty ace little rocker – C+

My Masterpiece – Darius Rucker – Surely not masterpiece, that would be “Come Back Song” from 2010, this one is Darius performing country ordinary – C+

Speed Demon – FN Meka – As Alyson Camus introduced us yesterday (here), A.I. is behind this generic trap-rap and all too human braggin and rappin – C

TIME FOR YOU – FRVRFRIDAY – after getting a Lil Baby feature on his last release, FRVRFRIDAY is in the process of having a big time moment, though this isn’t it – C+

Slow Clap – Gwen Stefani – kitchen sink Gwen returns to her earliest sounds, she can’t go home again of course but bless her, she can try- B-

First Time – ILLENIUM, iann dior – Iann has a strong voice for sadboy pop and ILLENIUM is a first rate DJ, it adds up -not to much but even so – B-

Be Somebody – James Vincent McMorrow, Rudimental – dowdy dance track, James is better than this though Rudimental aren’t – C

Christian Dior – Jhay Cortez – straight off his performance with DaBaby at the Grammys, a great slice of Latin-Trap with reggaeton melody – B+

Haunted – Laura Les – Laura is part of maybe the third greatest hyperpop guys, 100 gecs, and here she gets everything right in one minute 43 of chipmunk sound, stirring, poppy and yet obscurant pop field of dreams – SINGLE OF THE WEEK – A-

Thumbs – Lucy Dacus – indie Americana, Lucy has had this in her pocket for years now (I saw her perform it at Brooklyn steel with boygenius), it is equal parts strong and lame though the Stans are said to love it – B-

Ocean (feat. Meghan Trainor) – LunchMoney Lewis, Meghan Trainor – Meghan is the most disappointing singer of her generation, never capable of (or perhaps been willing to) repeat the genius of “Dear Future Husband,” though she adds a lovely vocal on a really pretty song – B+

Heavy (feat. blackbear) – MOD SUN, blackbear – here we have the sound of twenty something singer songwriter as electronic and sadboy hi-jinx -the chorus is pretty good – B-

LOST – NF, Hopsin – NF is Christian rap? News to me… this is a well spat Eminem soundalike with god on its side, the answer to his bad craziness I guess two years after he broke through – B

You Used To – Nicky Romero – as straight up Miami House as you will ever hear, the bass first drops and then bounces – B

NEED TO KNOW – Obe Noir – Houston rapper and activist Obe Noir was shot dead last week, this week it is clear he was big time on this superb goth rapp beauty – B+

Glad Times – Paul Weller – after dabbling in synth pop on the last song, he returns with a more Wellerian soul track – B

Shame – Demo – PJ Harvey – Uh Huh Huh was the beginning of the end for me and PJ, but all these years later I can’t hear why on this perfect goth blues workout – B+

Street Runner – Rod Wave – Ruth B’s “Mixed Signals” is sampled, and Rod tells us about how success has changed his life and love – C+

Feel Good (From the Netflix Film YES DAY) – Saint Motel – I always felt Saint Motel were heading for greatness, and this glammy and raucous disco please horns anthem is another reason why they haven’t reached the promised land  – B

IT HURTS! – San Holo – a pretty piece of electronica bummer pop – B

Peace Signs (By IDLES) – Sharon Van Etten, IDLES – post-punk meets indie rock folk, it works better than you might expect by not really working, dig the long fade out – B

Not Your Girl – Tiera- this isn’t rap at all, it is a soulful neo-r&b and another winner – B

monster v.1 – Tom Odell – one of the more popular singer songwriters of the past few years with a low key sadboy song – B-

Latest Record Project – Van Morrison – the anti lockdown half witted Van, stops being wrong  with a sha la la:  “I’m getting away from the perceived same songs, same albums all the time. This guy’s done 500 songs, maybe more, so hello? Why do you keep promoting the same 10? I’m trying to get out of the box.” – B

Fast Car Music (STAIN) – YBN Nahmir – back in the lamborghini on yet another look what I got, with better than average speed rap on the hook – B

Ordinary – YONAKA – lead singer Theresa Jarvis: “When you listen to this song I want you to be completely honest with yourself and ask if this is where you are meant to be; are you being yourself or are you scared? Are you living for someone else and forgetting yourself? Are you watching life go by like watching the TV screen? Do you want to wake up old and wonder what you did with your life? This is your time to jump. Don’t let life pass you by. Make mistakes, cry, laugh, love. Do it for you. Shine in yourself and be happy to be anything but ordinary.” – C