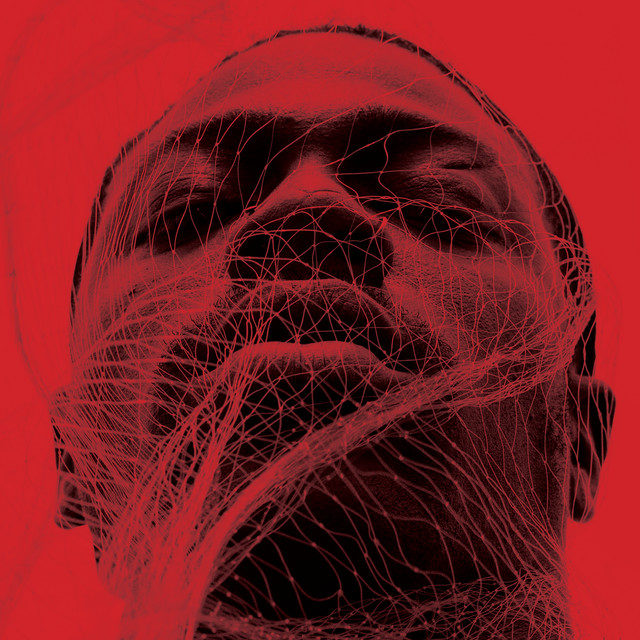 No Shame – 5 Seconds of Summer – always better in their earliest incarnation as a rocker 1D than now,  an r&b pop brand and we’ve heard it before – C+

Best of You (with Elle King) – Andy Grammer, Elle King – hook on hook, including an acoustic guitar lick, plus the wonderful blues singer elle King, and it still sucks – C-

Legal at Last – Anvil – before you #metoo em, the Canadian Motorhead soundalikes are discussing alcohol – B-

The Boys of Summer – Live at EartH, London, 2019 – Bat For Lashes – Don Henley’s most covered song is given a lovely, whispered, anti-machismo pull – B+

Different Light – Best Coast – After hearing the first release off their upcoming album, “For The First Time,” I bought a tix to catch em at Brooklyn Steel this May,  now we are on their third and that makes two bummers in a row… anybody wanna buy a tix to Brooklyn Steel? – C

Obama (feat. DaBaby) – Blueface, DaBaby – After failing to nail another “Thotiana,” Blueface hires daBaby and together they slap down Trump while the video includes a coupla strippers in the Oval Office, I mean Obama’s Oval Office – B

Toxic – Y2K & Alexander Lewis Remix – Britney Spears, Y2K, Alexander Lewis – If Britney must remix her catalog, for fuck’s sake don’t start one one that Ol’ Dirty Bastard (I mean Mark Ronson’s remix, of course) made his own a decade ago – B-

Lose This Number – Christian Lee Hutson – as slow and tedious as you’d expect from something produced by Phoebe Bridgers, makes M. Ward look like the life of the party yet… the strings on the bridge are lovely – B-

People, I’ve been sad – Christine and the Queens – bloopy, electronica, somewhat slower than usual for the French ones not Phoenix – B-

Swallowing the Rabbit Whole – Code Orange – The drums are a powerful thing, first at the top for a momentum push, and then in the middle to anchor a strong slice of screamo – B

Underneath – Code Orange – Jami Morgan: “It’s a cathartic moment in an extremely psychologically disturbing journey. This song cracks opens the door to a central theme of the record: duality of self in a noisy, overcrowded, overstimulated society.” – B

Out The Slums – Remix – Drakeo the Ruler, Danny Brown, 03 Greedo – Drakeo is new to me, but he has one of the best voices I’ve heard in years, but not as good as Danny Brown who sounds great whatever is on his mind at any given time, and 03Greedo… just the best rap song I’ve heard this year – A

Shangri-La – EOB – EOB as in Ed O’Brien, Radiohead guitarist and he really shouldn’t have, I mean REALLY – C+

Gary Lives in the Twilight Zone – Gary Wilson – I don’t listen to this weirdo as much as I should, everytime I do I am happy I did, this piece of dreamy r&b has the best hook: “here he is all alone, why don’t you call him on his new telephone?”  – A-

Still Be Friends (feat. Tory Lanez & Tyga) – G-Eazy, Tory Lanez, Tyga – Yeah, but what are you gonna tell Halsey now she’s told you she is happy she never had your babies? This piece of meh seduction? Yes, repeat no – C

When You Leave The Sun – Gladie – power-pop dreaminess – B

Sickness – Grey Daze – re-recordings for Chester Bennington’s first band. Chester had six children, and his youngest, twins, were six years old when he killed himself. It seems to me, if you have young children you have a moral responsibility to stay alive till they are adults if you possibly can, besides which the song sucks – MUST TO AVOID –  D+

Good Bad Times – Hinds – The Spanish girl pop rockers have a gift for melody, without being actually memorable – B-

Ride Out – Huntsmen – prog rock with hard rolling guitars – B

Flower – Jehnny Beth – The Savages lead singer with a glorious and dark singer songwriter nightmare of muted desire and fumbles, a great song… – A-

Tuesday I’ll Be Gone (feat. Blake Shelton) – John Anderson, Blake Shelton – This is more like it, the second song off the eagerly anticipated return of Anderson (please God have him perform at the Beacon), nails a gorgeous country ballad with Shelton in great voice – A-

Yummy – Summer Walker Remix – Justin Bieber, Summer Walker – Sure, Summer kills a verse, but you still can’t get away from the most annoying hook of the year – C-

Intentions – Justin Bieber, Quavo – Just when it was safe to dismiss Bieber, he releases his best song since “Love Yourself”  – A-

Set It Up – Kamaiyah, Trina – Two top female rappers wonder who the fuck you’re disrespecting – B

Know Your Worth – Khalid, Disclosure – sure, Khalid has that falsetto and Disclosure are a top EDM duo, but their live shows need to be better and both of their last albums didn’t cut it for me (Khalid was a smash, Disclosure wasn’t), but this is not their first  song together and it is better than their last one, which was a goodie anyway – B+

Alone, Omen 3 – King Krule – so now we know what he watches on Netflix, and that if the mood takes he can manufacture drum and bass variants with sturdy structures, this call out of care is strong meat – B+

Checkmate – Lamb of God – Five years on, Randy still has the best voice in hardcore – B+

Eso Que Tu Haces – Lido Pimienta – Odd vocals, too high pitched to be exactly pleasant and too different to be ignored with her world music by other means – B-

Blueberry Faygo – Lil Mosey – kiddie trap in a good way, he has good flow – B

About Love – From The Netflix Film “To All The Boys: P.S. I Still Love You” – MARINA – not untypical dance pop circa today – B-

3 segundos – Melenas – another all girl band from Spain, this time everything is played at the same loudness so the vocals and harmonies meld into the guitar rock – B

Cut Me – Moses Sumney – The soul guy, fashionista, voice to be sampled by all, and first rate songwriter Moses with one of his best, a menage of 60s soul and 20s pop, earworm but so what? So is “Yummy”.  So a great earworm, you wanna hear the hook forever – SINGLE OF THE WEEK – A

White Kross – Napalm Death -even more impenetrable than Sonic Youth’s original on Sister… now when was the last time you listened to Sister? – B+

Yikes – Nicki Minaj – hasn’t she retired? Well, she is still one of the best rappers anywhere even as her US tour defrosted along with Future, and she’s pissed – B

Exotic – NLE Choppa – singspeak rap, the kids are listening to this sadcore  probably because they are scared they’re gonna be shot to death in the middle of recess – B-

When a Great Man Dies – Pure Wrath – emocore via Indonesia, that wall of guitar strum is awesome at the top – B

IDGAF – Rico Nasty – I’ve seen her twice on stage, once she just didn’t do it right, the next time she was better, this is closer to neo r&b than rap -I mean a lot closer – B-

Hard To Forget – Sam Hunt – First rate Webb Pierce sample fuels Sam’s best song ever, including a terrific line “I’ve got a bottle of whisky but I’ve got no proof” – A-

Listening – Savak – The one time I saw em live they blew me away, on record I go in and out, here I’m in for their impact weird guitar rock – B

Calling On Me – Sean Paul, Tove Lo – Sean is updated dance hall, Tove gets her Rihanna on – B

Beaten Down – Sharon Van Etten – Last year when the world was flipping over her last album, I was shrugging, good singer songwriter with unique sound but the songs coulda been better and this new one is a dreary mess – C

The Watcher – Solothus – melodic death metal via Finland – B

Deep Issues 2 – Tasha, Yusuf / Cat Stevens – instrumental from the Islam DJ and the Cat himself – C+

Verminous – The Black Dahlia Murder – Exactly what you think the black metal stalwarts are, they are while a little more proggy maybe and whenever the keyboards tune in I tune out – B-

This Decision – The Lovely Eggs – Sure ain’t “Wiggy Giggy” and the art damaged weirdness of This Is Eggland feels more like an affectation now, without the pop jones to make it go down – C

The Absence of Birds – The Radio Dept. – gorgeous folikness like Belle And Sebastian, via Sweden (since 2001 by the way) – B+

Falling – Trevor Daniel – teen and near teens have been plugging into emorap without the rap but with the hip hop elements in tact, like this one – B-

Broke In A Minute – Tory Lanez – great little song though the usual bragging lyric, at least he sounds happy about it – B-

YELL OH – Trippie Redd, Young Thug – Trippie is terrible on stage but on record he knows his shit and lets Young Thug plant his flag on Redd’s beats – B

All is Lost – Wasted Shirt, Ty Segall, Black Pus – hard rock with a screaming vocal and a lot of whoosh – C