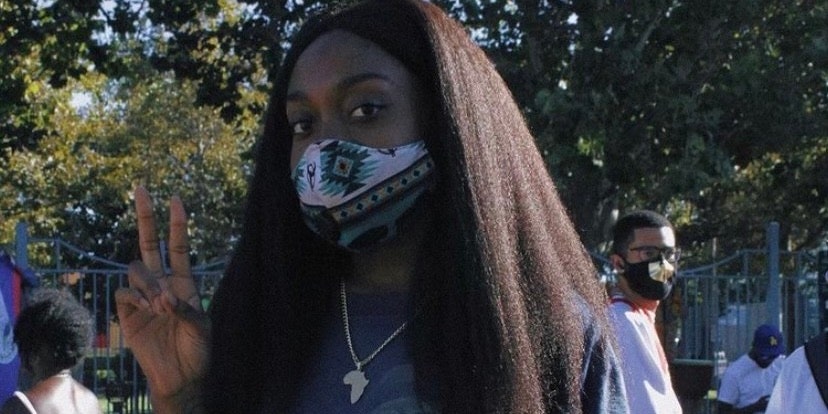 You Hear Georgia – Blackberry Smoke – if these guys are the future of Southern rock there is a big problem somewhere. They are alright as fourth  on the bill at some rebooted Watkin’s Glen summer jam, otherwise next – C+

PROBLEMA – Daddy Yankee – reggaeton king sure, but this is Latin Trap also sure -so who won? – B+

Something – Dayglow – very pleasant and easy going, computer created pop moment with a ready made tune – B+

Talk To Me – Drakeo the Ruler, Drake – A well crafted r&b turn, Drake always helps – B

Skegee – JID – I never considered JID having a specifically strong flow, but his flow is what makes the song special from the J. Cole find  – B

But Cha (feat. Josh Golden) – KYLE, Josh Golden – business as usual from the soulful and young r&b wannabe – B

Hold On To Me – Lauren Daigle – an act against nature, like fucking a dead rabbit… CCM seldom gets much worse than this dreck – D+

Buckets of Blood – Matilda’s Scoundrels – prog-punk with a double helping of bagpipes, but a little better than you think  – B

Spaceman – Nick Jonas – because we both have to wear masks… geddit? Nevermind – C+

Rainforest – Noname – The last time jazz hop woman Noname dropped a song, “Song 32,” it ended up being the best song of 2020. The slam poet who became a full time rapper with immense rewards. otherwise known as Fatimah Warner, has a way of getting to the point and making the poet. On “Rainforest” Noname maintains that distance pain, “Everybody dies a little and I just wanna dance tonight” is a coda for sure but also a very wise comment as black lives go out in the world. There is a guilessnes that cuts to the heart of the matter about Noname, “It’s fuck they money, I’ma say it every song, until the revolution come and all the feds start runnin’, fuck a Good Will Hunting, this is brand new murder…” she sings raps and the punchline, “I don’t wanna dance for white people” can only be found during an  interview – SINGLE OF THE WEEK – A

This Ain’t That Song – Payton Smith – the song is country Americana but the lick that introduces it is first rate, song saver – B

AP – Music from the film Boogie – Pop Smoke – sounds like Gucci, I mean icy as you like – B+

Exposure – Shelley FKA DRAM – one of our top soul guys changed his name, and didn’t need to it: i once watched this guy blow Travis Scott and Kendrick Lamar off stage. And, sadly, this gospel r&b track doesn’t have the broccoli sound though it is still pretty good – B

Lines in the Suit – 30 Minutes Old – 1999 Home Demo – Spoon – from their breakthrough album getting a re release, though as demos go it is a real deal demo  – C

Available – 2021 Remaster – The National –  what an amazing experimental, remastering their debut album 20 years later… it stands up as nicely as you thought it did – A-

Pictures Of Lily – Pete Townshend Demo / New 2018 Mix – The Who – onanism has never been cooler, and Pete used demos to teach Roger how to sing the suckers and does so here. From upcoming Sells Out box set, back when The Who were the greatest pop group on earth – A

Go Big – YG, Big Sean – In anticipation of C2A2 I went back and watched C2A1, it’s dreadful and this is one of the worst Big Sean songs I’ve heard in years – C-