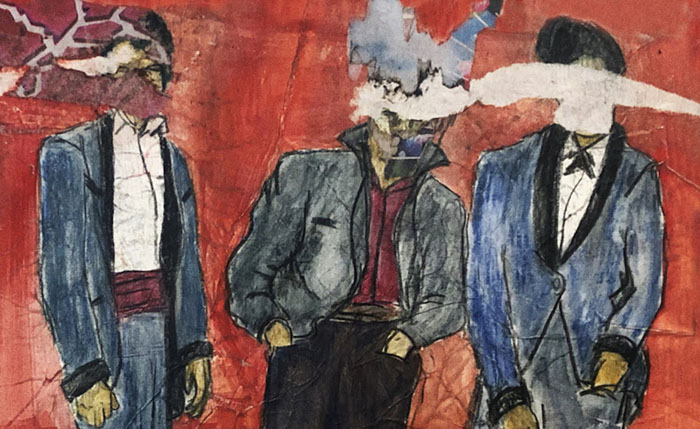 Lord Huron Not Dead Yet

Everybody’s Gonna Love Somebody – Alfie Templeman – “I wanted to make a refined pop record somewhere between Fleetwood Mac’s Rumours and Tame Impala’s Currents,” claims 18 year old UK up and comer Alfie… but he is too electronically inclined for either jam or pure pop rock – C+

Song on the Beach – Arcade Fire, Owen Pallett – I guess this heralds the closing of disco Arcade Fire, and if you think that’s good news you won’t on this slow, boring, piano instrumental that belongs to Owen… and he can have it – MUST TO AVOID – D+

Platinum – Big Freedia – The transgendered, dance star with an all barn burning thriller – B+

Strangers – Black Pumas, Lucius – The bi-racial duo who broke through at the POTUS inauguration return with a strong little slice of Gospel-y Americana – B

Moon Phase – Bowerbirds – The Americana guy spent six years recording the break up album this single (soon will) come from, it’s a beautiful song that steers a line between country and folk – B+

I Put a Spell on You (Single from The Social Dilemma) – Brandi Carlile, Renée Elise Goldsberry – closer to the Nina Simone take than the original Screamin’ Jay Hawkins, the country star and her Broadway friend (think “Hamilton”) meet-up with a lovely, haunting take – B+

Overdrive – Conan Gray – pop, electronic guy can drop the bass if he needs to – C+

To The Island – Single Mix – Crowded House – I was never crazy about the New Zealand power poppers, and this is even less than I remember, over written soar and fall – C+

That Feeling (feat. Hayley May) – Danny Quest, Cheat Codes, Hayley May – charts based EDM with a fluffy synth hook – C+

Low Key (feat. Lil Uzi Vert) – Doe Boy, Lil Uzi Vert – The one time I saw Lil Uzi the audience of white brat boys and their girlfriends went berserk, it was a good, though minimal set, and here he adds his implied hyperpop to new kid Doe Boy – B+

CHARGER (ft. Charli XCX) – ELIO, Charli XCX – speaking of hyper pop, this is a glorious remix of beats and sweets as the Welsh singer leaves her guy but forgets her charger – B+

Let’s Go Home Together – Ella Henderson, Tom Grennan – the 2012 X Factor loser has been a steady pop dance singer ever since, including this business as usual – B-

The Chain – Live at Richfield Coliseum, Cleveland, OH, 5/20/80 – Fleetwood Mac – stronger than now vocal if nothing else… and a writing credit for all the members of the band  – B

Woman – Gin Wigmore – New Zealand singer songwriter who sounds a little indie, but that might have as much to do with her voice – B-

Intruded – Justine Skye, Timbaland –  I can’t see Justine being Timbaland’s latest Eminem, but I don’t think she needs to if this lovely and beautifully sung r&b soul track is anything to go by – B+

Not Dead Yet – Lord Huron – The indie Americana band with a rockabilly sound that if it was bigger might well be The Blasters,  and with a gorgeous middle, maybe these guys are better than we thought… Plus the hook?  “You got holes in your clothes, booze on your breath, you look like hell and  you smell like death”? Been there, done that  SINGLE OF THE WEEK –  A-

One’s On The Way (feat. Margo Price) – Loretta Lynn, Margo Price – blue collar, working class, white trash in Topeka like a smack in the face to the face behind the face of feminism… when I saw her (Brad Paisley opened a week before his first album dropped), this and “Fist City” got the biggest response – A-

Jealous (feat. Rico Nasty) – Mahalia, Rico Nasty – Mahalia is a UK alt-r&b woman, and Rico can only help – B+

Rockstar Sea Shanty – Nickelback, The Lottery Winners – The TikTok sea shanty viral goes on, and Nickelback ain’t bad at it – B-

The Times They Are A-Changin’ – Nitty Gritty Dirt Band, Rosanne Cash, Steve Earle, Jason Isbell, The War And Treaty – An Americana who’s who on one of Dylan’s greatest songs – B+

Good Fortune – Demo – PJ Harvey – It’s all here, even the arrangement, everything is set – B+

Missing Out – Syd – Back in 2011 I saw Odd Future for the first time (here), and subsequently I was pleasantly surprised that three of the major members of the crew -Tyler The Creator, Frank Ocean, and their DJ Syd were same sexers, ten years later it is irrelevant as she steps away from The Internet and kills it on this song, an electronic soul song – B+

Brain – Trey Songz – isn’t he in prison? Getting arrested for not wearing a mask? Anyway, his first release of the year is a soulful doozy – B+

I Won’t Dance – Willie Nelson, Diana Krall – I am happy Willie Nelson is still around if only because I want the one who wrote Patsy Cline’s biggest hit to be here, on the Kern-Hammerstein chestnut “I Won’t Dance” he is joined by Diana Krall. Willie is singing it as part of another Sinatra tribute, which is odd since the song clearly belongs to Fred Astaire – B