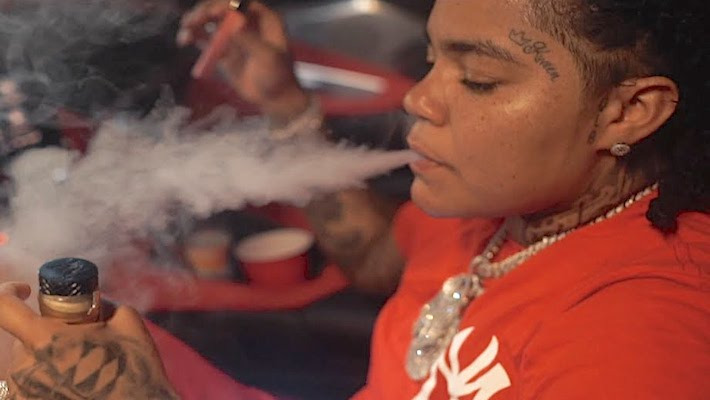 Major Label Debut – Adir L.C. – The New York indie singer songwriter via Israel is readying his third album, and here is the first single. It dropped last November and is haunting indie pop confessional with electronic wheels of sound dropping like tears on this break-up, get together where love is like a curfew, a smart observation on a beautiful song, and if that wasn’t enough the acoustic guitar lick on the bridge is the essence of singer songwriter art… Full disclosure: Adir’s brother is a friend of mine – A-

I Know I Have A Heart – Andrew Lloyd Webber, Carrie Hope Fletcher – I used to seriously dislike Lloyd-Webber but time mellows all of us, and his high-low brow pop classicism has improved since I stopped comparing it to the Clash (and after seeing Glenn Close’s wonderful interview with him, here). We missed “Love Never Dies” (Phantom Of The Opera, Part II), but we may get “Cinderella” -certainly, this overblown pop orchestrated, well voiced mediocrity is Andrew 101 – B-

What’s the Word – Cakes da Killa, Proper Villains – where house meets rap -meaning somewhere in Brooklyn, this is a fun mix and match – B

Softly And Tenderly – Carrie Underwood – I keep on hearing how nice Underwood is, she would have to be to hoist this cliché hymn on us -if you’re that keen, do yourself a favor and search on young Amy Grant’s take – C-

Big Bang – Cherry Glazer – the problem with this band is that they are never as clever as the band name, this is indie pop as baroque sounding worlds of sound – C+

Buss It (feat. Travis Scott) – Erica Banks, Travis Scott – Erica’s Tik Tok hit gets a verse from Scott -a pretty good one – B

Uno Más Uno – Evaluna Montaner – Latin pop, piano based ballad for her husband on their one year anniversary- C+

Heat Above – Greta Van Fleet – The mini-LedZep’s, are improving all the time., and this is the third single and the first of 2021 and consider it art metal classic rock and a winner – B+

I Believe In You – Hand Held – Saddle Creek not untypical signing, a low key indie Americana, covering Neil Young circa After The Goldrush – C+

Amazing Grace – Harry Connick Jr – he slows it down and pushes the piano forward, all to zero effect – MUST TO AVOID – D+

Goosebumps – HVME -The Spanish DJ with a classic brooder, a terrific take on Travis Scott’s masterpiece – B+

Black Magic – Kelly Rowland – the other Destiny Child has an excellent, dancehall flattered art r&b goodie plus horns –  B+

Echoing – Kings Of Leon – The thing about music in 2021 is that a great song might be followed by a piece of crap, which makes it difficult to love artists when what you love is songs… having said that, KoL are three terrific songs for three right now, from what will be their first album in years – B+

enough – Lil Mosey – teenage hip hop/r&b, a little too autotune but a good song – B

Calling My Phone – Lil Tjay, 6LACK – whenever you see 6lack’s name you know it will be loverboy hip hop of the first order and Lil Tjay is a youthful r&b cat who can sing like a dream of muted desire – B+

Melanin – Michael Brun, Kah-Lo – the Haitian DJ with a subdued take except for the beat dance track – B

Cover Me In Sunshine – P!nk, Willow Sage Hart – that poor kid, well, I guess as long as she is happy now on this bad song, with her Mom so I guess… – C-

Calling Me Home (with Francesco Turrisi) – Rhiannon Giddens, Francesco Turrisi – I am just about done with Rhiannon. Come on already, enough with these fucking revisiting of old school blues Americana, we have sat through a streaming show, a lesson on minstreling, and an album, and just when you hoped it was out of her blood stream we get more of the same – C

Jesse Owens (feat. NAV) – Rowdy Rebel, NAV – Rowdy is Brooklyn’s own Pop Smoke’s drill buddy, Nav is from Canada (and, perhaps needless to add, a Drake associate), and this is an exciting piece of braggadocio though the Olympian is a feint and a metaphor – B

Chasing After You (with Maren Morris) – Ryan Hurd, Maren Morris – the newly married country royalty with a nothing much country bland out – C

A Dream Is a Wish Your Heart Makes – Samantha Sidley – For all my LGBTQ friends, queer identified Samantha Sidley did the gorgeous 2019 “I Like Girls” and I missed it then and caught it now, and while is an odd choice for a follow up, the Disney classic ain’t bad cabaret style jazz leanings – B

Nothing Compares 2 U – Sarah Walk – the queer singer with a sonic exploration of Prince’s classic, slowed and expanded musically – B

On Your Way Now – Sharon Van Etten – an oldie recorded for a movie and now seeing the light of day, I’m not a fan and I’ve tried and this piece of sweetness, which is actually not bad (the way she whispers “well okay just a little bit” could live on in a loop), is a step into rectifying that – B

Love Story (Taylor’s Version) – Taylor Swift – Love Story” is an exceptional song, it is the one, undoubted, long term, into the history books Taylor Swift, a re-write of “Romeo And Juliet” the way “Inglourious Basterds” re-wrote the defeat of Nazi Germany. That isn’t what happened according to Shakespeare, but it is what might have happened. Taylor Swift lost the rights of her back catalog to a Hedge Fund, and is re-recording her first albums from scratch. Fearless is first, and “Love Story (Taylor’s Version)” is the first result and it is a misfire. She sounds too old, the fear and exultation of the original is stood on with a tasteful take on a song that was once all teenage exuberance; it reminds me of that Twilight Zone episode, where a mightily depressed advertising exec (Gig Young) stumbles into his childhood till his mother tells Gig, this time belongs to the child and not the adult. Same with the song here. It doesn’t hurt as such, because, well, we still have the original. But, with the exception of that terrific “Match” commercial, I don’t hear why friends would chose it… for the record it will be much easier to re-record “Mean” than her masterpiece – C

Miles (feat. BRELAND) – Tiera, BRELAND – the black woman country singer, I know, it is like a sighting of the Dodo, with a winning love song – B

No Hole In My Head – Tom Jones – ever since he covered “Kiss,” Jones realized that his rough and riding baritone would work on dance and here he reformats the great American folkie Malvina Reynolds track as dance and sells the “it’s too bad” for all he is worth – B+

Off the Yak – Young M.A – I never quite got her, till now. Against a first rate drill beat she slaughters her self worth, off the cognac (yak) perhaps, but more than capable of beating everybody at the guns and chicks game – SINGLE OF THE WEEK –  A-