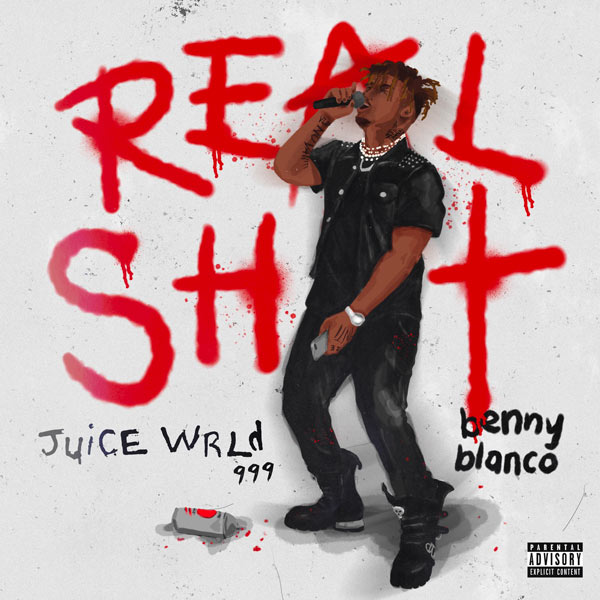 Coco (feat. DaBaby) – 24kGoldn, DaBaby -two of the biggest names of pop 2020, rapping on a catchy though bland new song that should stutter in sales – B-

Free Me – 42 Dugg – he sounds like Snoop with a scratchy undertow, written in solitary confinement which makes it way too real for comfort – B+

Arabella – Live – Arctic Monkeys – I gave em “505” but this is a blues wank as proto-imminent rock bible but worse that that sounds. Alex is lucky he has that voice – C+

Better Days (feat. Justin Timberlake) – Ant Clemons, Justin Timberlake – from the rock the runoff stream, now released as a single… how I wish they wouldn’t, at some point in time Timberlake lost it… i think crica that first Trolls movie – C-

Different – AZ – I see no reason why AZ didn’t break pop in the 1990s, he was one of the best gangsta rappers, here he sounds scary and also ready to hang up his guns – B

VINYL – BERWYN – The Trinidadian can sing in a hazy, moody blanked on beauty, and he raps but more like laps the rap, it is a late night single  and a rare beauty – A-

American Heartbreak – Black Thought, Ledisi – from the novel about the mean streets of Baltimore, Black Thought is good, Ledisi is great – B

Show Me Around – Carly Pearce – country ballad that gives the word morbid whole new vistas of meaning, she wants her friend to show her around heaven  – D+

Are U Live – Chance the Rapper, Jeremih, Valee – has a major rapper ever gone into freefall that fast? Between the awful sophomore album, canceling his tour, and generally acting like an ass, add this crap to the list of what gives. I hear Jeremih is out of the ICU – D+ – MUST TO AVOID

Soft Spot – Claud – Phoebe Bridgers first signing to her new label, is just completely beautiful  with a hook so strong your ears melt in a sadgirl triumph – B+

2020 – Cro-Mags – from the hardcore first kids on the block, an excellent roar and always welcome (especially that triple time drumming)  – B+

One Whole Day (feat. Wiz Khalifa) – Dixie D’Amelio, Wiz Khalifa – The follow up to “Be Happy” isn’t up to much and Wiz phones it in – C-

Blame It On The Mistletoe – Ella Henderson, AJ Mitchell – a pleasant hit on your Xmas OD by the terrific featured star of UK EDM – B

No Flag – en français – Elvis Costello, Iggy Pop – I didn’t like the English language version on Costello’s latest, but on the English parlez-vous motherfucker Iggy sounds great and the guitar riff comes through – B-

Age of Machine – Greta Van Fleet – Baby Zep’s  second song off the upcoming album  is really quite good once you lower your expectations,  the guitar solo is fine  – B

Design – Gustaf – the sound of post-punk no New York, like the Bush Tetras – B+

Unblu – Jenny Lewis, Serengeti – lovely and mellow and I get Serengeti (rap? spoken word I say), but I wish there was more song there – B

Move – Jany Green -excellent EDM meets r&b neo-everything catch as catch can, should do well – B+

Real Shit (with benny blanco) – Juice WRLD, benny blanco – from Billboard (here): “…the first song we ever recorded tho was ‘real sh–,’Benny  wrote in a lengthy Twitter thread about their friendship on Tuesday. “it was the first time i saw his magic… the whole room dropped their jaws and watched him in awe… we knew we were in the room with a man who was going to change music forever…. he was an absolute genius to say the least but above all he was one of the kindest and most considerate people i have ever met… he was my friend… happy birthday juice… we miss u…” – A-

I Dey There – Jujuboy Star – Nigerian Afrobeats pop is having its moment, this is cool stuff and it even sounds a little Lover’s Rock, the horn makes it special as well – B+

Bossa Nova (feat. Tee Grizzley) – Kash Doll, Tee Grizzley – Detroit’s finest  is a terrific rapper, Kash has flow and she has teeth with industrial strength disses.. did I mention her flow? – B+

Superpower – A COLORS SESSION – KIRBY- a good week for old school soul, this song is beautiful  and full of feeling – A-

Anytime and Anywhere – Less Than Jake – they’ve been around for a quarter of a century, doing the same ska rocking, fun stuff, and may it never end – B

Errbody – Lil Baby – as in Lil Baby is better than everybody, and the son of Atlanta and trap star who was discovered by Coach “Migos, Gucci Mane”  K, a brooder when we needed a rager – B

Legend Of Zelda (Outro) (feat. Boldy James) – LNDN DRGS, Jay Worthy, Sean House, Boldy James – The return of Jay and Sean on a fantastic track and a nifty lick – B

Midnight Morning – Menahan Street Band – a super group of r&b band members from the likes Of The Dap Kings and The Roots, on an instrumental jazz-soul fusion – B

the ground below (feat. Royal Blood) – Royal Jewels Mix – Run The Jewels, Royal Blood – Royal Blood are a a blues rock duo from Brighton (the UK one), they never left an impression on me till this world class RTJ remix – A-

Christmas Blues (with The Weeknd) – Sabrina Claudio, The Weeknd – Sabrina has a smokey, sultry voice perfect for r&b and The Weeknd is right in his pleasure center on a blueish Christmas – B

All Good – Samm Henshaw – nice one from the cool rapper and hip hop performer, the chorus is killer – B+

No Negotiations – Sheff G – New York drill, could use a bit more back bone – B-

Sonnets – Sjón, Björk, The Hamrahlíð Choir – Bjork wrote it and it the Icelandic Choral who you might remember opening for Bjork at The Shed,  sing it and you will flip out over it – B+

Shortcummings – Sleaford Mods – The duo take on the repulsive former chief adviser to Boris Johnson, Dominic Cummings, and sure he is horrid, but when your chorus goes along with a “mess himself” hook, even a terrific bass lick can’t save you – C

Bougainvillea – Sly Withers – The Perth based band are pretty darn good, this is pop punk and very well handled – B+

Hi – Texas, Wu-Tang Clan – Texas and Wu Tang? I can see why it would be a disaster and instead it is a perfect mix of aesthetics, as it was in 1998, here we have Ghostface Killah and RZA saying “Hi” again on a tremendous song, Sharleen Spiteri handles the chorus and check out the video as well (also check out Small Axe episode “Lovers Rock”)  – A-

Blinding Lights (with ROSALÍA) – Remix – The Weeknd, ROSALÍA – I thought this was gonna be Rosalia’s year, it wasn’t but maybe next year, she takes over the first verse on this excellent remix – A

Out On My Feet – The Wonder Years – in the style of their earliest recordings and much, much better than the past five years – A-

Closer To Fine – Titus Andronicus – from a  compilation to help the Dems in the crucial Georgia Senate runoff, Patrick does a straight ahead, folk cover of a strong Indigo Girls track, we haven’t heard from the  band since last year – B+