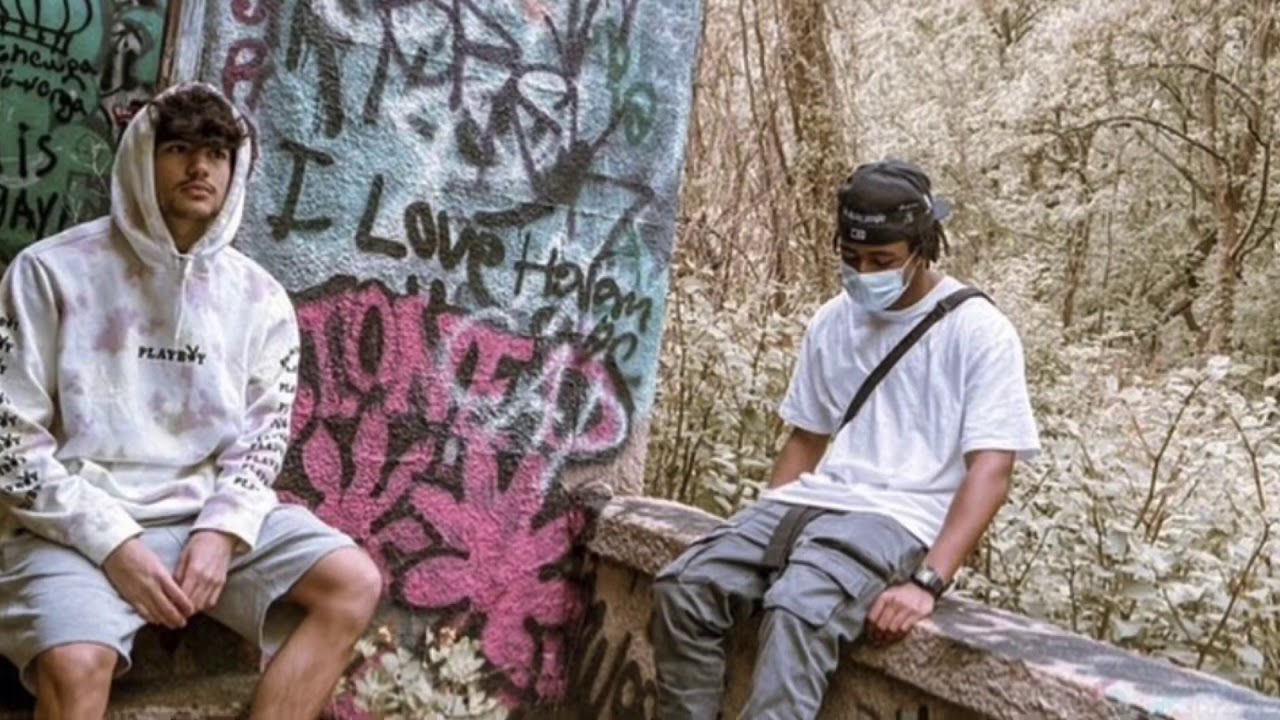 Computer of Love – Aaron Lee Tasjan – the former guitarist for Justin Trantner’s “Semi Precious metals” has been solo for a dozen years pitching his populist power pop, this being a pretty good one, worrying out his PC’s avatars with a nifty little lick to ride him out – B

Monsters (feat. Demi Lovato and blackbear) – All Time Low, Demi Lovato, blackbear – off their dreadful April release, All Time Low are quite a few things that make rock and roll so finished rolled into one emo ridden slab of product featuring Demi who should have known better – C-

The Problem (feat. Jason Isbell) [Live at the Bend] – Amanda Shires, Jason Isbell – Amanda is getting trod on by Jason, she even gives him the first line on this tedious Americana – C

Your Heart May Be Heavy – Anna Burch – recovered from Covid-19, the indie popster returns with this downbeat ballad – C+

Who Ain’t With Me – A$AP TyY – ” droppTV, the shoppable streaming platform for hip hop-loving hypebeasts. Video viewers can seamlessly click and buy the gear A$AP TyY and his crew wears and uses within the video, such as new and exclusive, color-changing A$AP TyY Air Force 1’s customized by CroxxHatch (only 25 available), Lo Life x COOGI “Lo Bear” sweatshirts, and A$AP TyY merch, along with popular tech gear from LG products including LG TONE Free true wireless earbuds and the LG PuriCare mini air purifier” (here)  -so that’s one way to add commerce to commerce, it is actually something of an out and out banger – B+

Suitcase – Badfinger, Sonny Landreth – built around a Joey Molland vocal from the 90s and recorded as a pop blues track – C+

Breathless – Caroline Polachek – Former Chairlift Polachek covers The Corrs to great effect,  the soulful and arty singer songwriter making over a song that sounds better than I remember it – B+

West Coast Christmas – Chanel West Coast – I have a soft spot for Chanel after interviewing here (here), and this is a really good song, a cool, poppy rap of the first order – B+

Whoopty – CJ – the staten Island rapper samples Arijit Singh’s “Sanam Re” on his first hit (well, it got into the hot 100) woth a catchy piece og flow violence – B

Gum – cupcakKe – in finding Jesus and then losing Jesus, the large sex maniac made fools of her audience who admired her forthright sexuality, this reminds you why but she can’t go back in time and become relevant again even though it’s pretty swell – B

The Stranger (feat. Sachi, Dan Reeder, Tobias Jesso Jr., John C. Reilly, Becky and the Birds) – Dijo – an attempt to recreate the posse world of rappers Kanye did on Pablo only with folk guitars, not bad but it doesn’t really work – B-

Blessings – dvsn – aren’t they on OVO? A boring and sultry slow burner – C+

Options (with Wale) – EARTHGANG, Wale -the duo sound like Drake taking it easy for a track – B-

All Things Must Pass – 2020 Mix – George Harrison – man, that slide near the beginning is a beauty – A

Statement – G Herbo – Herbo has been indicted for fraud by the Feds and denies it vehemently, he sounds pissed – B

Spa – Lee Foss Remix – Icona Pop, Sofi Tukker, Lee Foss – one of the best pop dance duo and they are definitely not only “I Love It” – this remix is a thrilling little dance track – A-

Goodbye – Imanbek, Goodboys – house and a hook – B

It’s All Right – From “Soul”/Duet Version – Jon Batiste, Celeste – the Colbert bandleader has zero to add to the song, and zero to detract – B+

Back to Reality – Keep Shelly In Athens, Vauxhall Underground – the Greek chillwave duo from Athens have a way with a drifting sound with a big bass and synths and 808s oh my – B

Throw My Arms Around the World – LeAnn Rimes – the former country girl, who coulda been Taylor before Taylor and didn’t, with a hip hop produced country soul track – B-

The Other Lover – Little Dragon, Moses Sumney – Sumney sounds great but he has had a great year, Little Dragon are always a little boring – C+

Let It Snow – Nick Lowe, Los Straitjackets – terrific guitar solo to start off and Nick sings it like it is happening right this minute – A-

Every Girl I Ever Loved – Noah Schnacky – Big Machine find with a very sweet feeling, underplayed and yet makes its point with an easy going charm – B+

Freedom for my People – Oliver Heldens, Shungudzo – Zimbabwean Shungudzo adds a haunting vocal to the house afrobeat mix and the follow up to 2018’s “Fire In My Soul” should do the job if nothing else, the job being 100 Million streams  – B

Hollywood High 16 – poptropicaslutz! – pop punk beauty, and a realism snapshot of not Highschool but post-High School, on the road, and finding themselves untethered in the world dreaming of something while they skateboard – SINGLE OF THE WEEK – A-

Here’s To The Nights – Ringo Starr One name: Diane Warren… Ringo could dig Lennon and Harrison out of their grave and onto the track and it would still be a dog not an anthem – MUST TO AVOID – D+

Harder On The Heart – Rob Mayes – at the top of the Next From Nashville playlist, a lovely little country twanger – B

Better Than I Imagined [Feat. H.E.R. & Meshell Ndegeocello] – Robert Glasper, H.E.R., Meshell Ndegeo – Glasper was at the forefront of jazz-r&b-hip hop fusion, all mélange into the rebirth of jazz, on here as well with two top soul singers on board – B+

Te Lo Digo Todo Y No Te Digo Na – Rosario – The soulful singer from  Madrid is a typical woman here (note the translation of the title: I tell you everything and I don’t tell you anything), hang around for the tom toms at the end – B

The Wind – Demo – PJ Harvey – . I went to see PJ Harvey on the Is This Desire tour in 1999, I was so sad that she had given up the guitar that made her so great four years prior on the To Bring You My Love tour. I still loved the album from one end to the other, and the demo of “The Wind” is a guitar and voice skeletal original working –  A

Thoughts – slowthai – freestyle from the UK guy who tends to blow us away around half the time, despite his great voice this is the other half – C+

Alien Crime Lord – The Voidz – it took years but I prefer them to the Strokes, this electric bummer rocker with electronic doo dahs is pretty good – B

All the Smoke (feat. Gunna & Wiz Khalifa) – Tyla Yaweh, Gunna, Wiz Khalifa -pretty good track with a wonderful strings along backing track and two top rappers on board – B

Look In The Mirror – Wizzard, Da Silva – not the the Move offshoot from the 70s, but an average EDM beat channeled pop banger  – C+

The Story of O.J. (Top Version) – YoungBoy Never Broke Again – if ever a Jay Z song deserved to be covered again and again, this is it. It should have been sampled like hell and not covered, YBNBA does a rewritten lyric to very little effect even though it sounds great, it’s like changing the words to “Give Peace A Chance” to “Give Me Money Or Eat My Glock A Chance” – B

Take It To Trial (feat. Yak Gotti) – Young Stoner Life, Young Thug, Gunna, Yak Gotti – We could use a new Young Thug album for sure, till then this is a strong outing with wannabe Gunna (who is moving past his Thug roots) and newcomer Yak Gotti on Thug’s label – B

POWA – Zeds Dead, PEEKABOO –  terrific EDM banger with a sound effect hook that will keep you listening as it batters down the hatches – B+