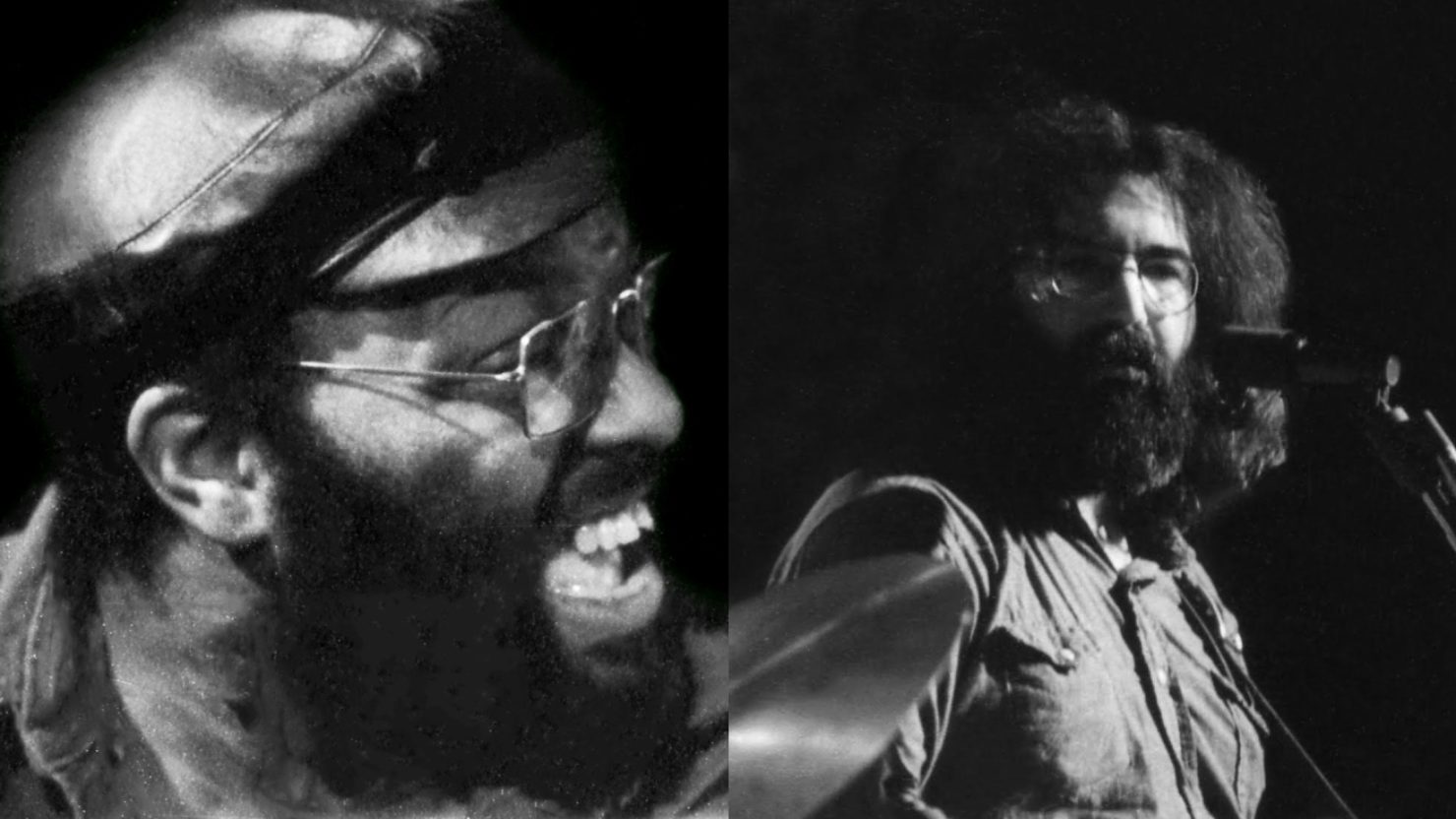 Remembering – America – the old school would be horses with one name return as Four Seasons wanna be, and it isn’t bad really – B

positions – Ariana Grande – it isn’t as good as that run of singles she dropped circa thank, you next, but the ode to romantic masochism is sweet and the video convinces you that POTUS Ariana can do for the country what she can do for the guy – B+

Not That Way Anymore – Billie Joe Armstrong, Green Day – Stiv Bators was never all he might have been, he simply died too young, and this song, recorded by Stiv for his 1979 solo album, is a terrific, ringing, Byrds guitars inspirational triumph with a touch of Brit Invasion mid 60s,  and God Save Billie for reminding is of it – B+

Teardrops – Bring Me The Horizon – poster child for the godawful side of modern rock, Oli Sykes considers it his best work and he might be right when he goes screamo but the rest? Forget about it  – C

Arkansas – Chris Stapleton – of the the three songs we’ve heard, this is right in the middle, a Southern boogie country rocker with a lot of to offer – B

Tick Tock (feat. 24kGoldn) – Clean Bandit, Mabel, 24kGoldn – 24Goldn’s number just came up and Clean Bandit, the orchestrated EDM band, know a good thing when they hear it, but the song ain’t much and by the time he enters on the second verse you’re heading for the exit – C+

Daedalus – Live – Deafheaven – ten years after their first demo, they revisit the first song they wrote, recorded live, as an all in death metal shoegaze by any other name bowels of hell triumph – A-

Gone – Dierks Bentley – I once saw Bentley opening for Brad Paisley and blowing him off stage at MSG, he remains a master country singer and performer and this is yet another brilliantly constructed song with a way different chorus – B+

No No No (feat. A Boogie Wit Da Hoodie) – Flipp Dinero, A Boogie Wit da Hoodie – excellent hip hop mashup of pop and r&b – B

Instinctive (Slaughterlust) – Hatebreed – hardcore banger of the first order, ears will bleed from the oldtimers – B

Damage – H.E.R. – nearing the tail of an amazing year, H.E.R. is only average for the first time – B

The Wall Song – Live – Jerry Garcia, Merl Saunders – Crosby-Nash covered it back in the early 70s on their debut, but Jerry wrote it and it sounds incredible with life affirming horns from Saunders and an interlope from “A Day In The Life” at the end. For an atheist like me, it is revelatory – SINGLE OF THE WEEK – A

Tonight (feat. iann dior) – jxdn, iann dior – Iann has had a good year as well and Travis Barker sign jxdn is made for the kids who watch bedroom pop evolve with wide eyed wonder, though you might not – C+

BICHOTA – KAROL G – whenever you hear a woman’s voice featured on a Latin Urban track, there is a 50/50 chance it is Karol, she has that sort of voice with an edge but a very thin one so she can add to a song without stealing it. Here she is completely alone on a mediocre pop plus beats track – B-

Tyler Herro – Jack Harlow – the follow up to the mammoth “What’s Poppin,” has the white Kentuckian rapper studying what wanting to be the next thing feels like for him, and for her. It is very good but it is no “What’s Poppin” – B+

Back (feat. Yo Gotti) – Jeezy, Yo Gotti – one of Atlanta’s top old school Trap artist, aka the Snowman, aka Baldy, is back with an assist from Yo Gotti on a a good return to trap pop – B

Faith Healer – Julien Baker – Julien with a larger sound than we’ve heard, except with boygenius, on another gorgeous sounding melodrama. I was late to Julien, and (I write a variation on this so often I should have it programmed onto my keyboard), a live show turned me round. Her voice is so moving, she carries songs that are at first listen are purely ephemeral – B

Sweet Melody – Little Mix – Of the three songs we’ve heard, this is the second goodie and it promises a handclapping, harmonizing, EDM pop masterclass on the album – B

Lonely OIOION – Liturgy – transgender leader Hunter Hunt-Hendrix is topless on the sleeve and looks quite cute, the song is a metal opera with a dramatic and surging sound revolving around personal myth bearer OIOION – B+

Ain’t No Rest for the Wicked – Louise Goffin – DNA hasn’t made Louise,  though here at least she has managed a storming blues rocker – B

60 Degrees & Sunny – Love Tractor – back in the day (the day being the 1980s), I was a huge fan of a lot of the Athens, GA indie bands, including the instrumental Love Tractor. The band reformed in 2016 and here they have some of the angularity of post-punk but with a sweet undertow – B

Too Much (feat. Usher) – Marshmello, Imanbek, Usher – of all the DJ Producers we like least, we like Marshmello least of the least on an all too typical EDM pop snooze – C-

(L’été Indien) Indian Summer – Nancy Sinatra, Lee Hazlewood – Americana heritager, Hazlewood is an acquired taste and he needs Nancy to make this 1975 cover of the Joe Dassin song, not sure why it is being dropped again now but I guess we will find out – B

Lil Bit – Nelly, Florida Georgia Line – will it break pop?  it is certainly catchy as hell but it may just be too out of time, though it sure might – B

Who’s Gonna Stop Me (feat. “Weird Al” Yankovic) – Portugal. The Man, “Weird Al” Yankovic – the world needs a serious Weird Al like I need a hole in the head -so, not entirely. Though it is a strong enough effort by the one hit wonder band – B+

Sometimes It Snows In April (arr. piano) – Ludovico Einaudi – Einaudi with a piano based, pop minimalism, quite lovely take on the Prince neo-classic – B

Don’t Like Me (feat. Gucci Mane & Don Toliver) – Rico Nasty, Gucci Mane, Don Toliver –  if you are Gucci fans, doesn’t he seem a  little anonymous on his verse? The song itself is a monster hook machine with all three in full blown pop mode – B

Lasting Lover – Sigala, James Arthur – Sigala is better at pop dance than, well, than even Marshmello, and if you don’t believe go back to his J5 sampling “Easy Love,” and this one is pretty good as well though I don’t much care for James Arthur’s voice – B-

We’re All Gonna Be Killed – Terrell Hines – Vince Staples pal and political singer songwriter with a perfect rap and soul mix of genres plus a piece of excellent advice: don’t be shy, show your teeth – B+

bop it up! – The Marías –  good advice from the soft folk melt duo aka indie lounge, though a touch too lo fi  – B

Mo Money Mo Problems (Stripped Version) – The Notorious B.I.G., Mase, Diddy – there is nothing left in the vaults that’s for sure (I am guessing because Biggie was big on freestyling) and while, you know, I love the guy so much I don’t exactly mind except: I don’t wanna hear Mase or Diddy, I wanna hear Biggie and he doesn’t get his on till two minutes in, delete everything but Biggie and put it on a loop – B

In Your Eyes (feat. Kenny G) – Remix – The Weeknd, Kenny G – many, many years ago I went to see Toni Braxton when she opened for Kenny G at Radio City Music Hall, I stayed for half an hour of the flute master and he was boring but alright, and on the coda of this remix he does a fine job and isn’t boring – B+

Brakeless – The Wonder Years – In which Soupy Campbell does a great job in writing a new song on the tenth anniversary of his debut and does so, and it sounds better than anything he has done since his ninth anniversary. Suddenly, I remember what I loved about the taunt, melodic and smart alt rocker indie performers – B+

White Lies – War On Women – on point punk by the great punk rockers post-punk awesome barnburner, and get your boots off their neck – A-

See Nobody – Wes Nelson, Hardy Caprio – English r&b but I mean hip hop,  with a killer hook and a smooth sing rap  – B

Candyfloss – Demo – Wilco – not unpleasant, the song comes to live when it is just strummed from their third album which is about to get a deluxe… I really loved them Yankee Foxtrot and earlier, this is their album before it not with Billy Bragg  – B

Can This Be Love? – Yusuf / Cat Stevens – an unreleased track from the fifteen month blast that took Cat through three great albums for Island in the early 70s that he still hasn’t topped, but not a great unreleased track, etc  – B-

Inside Out (feat. Griff) – Zedd, Griff – of the three mellow EDM popsters on this list, put Zedd plonk in the middle, Sigala has better ears, Marshmello is poppier and bigger, and Zedd in pop mode can simply do it  – B-