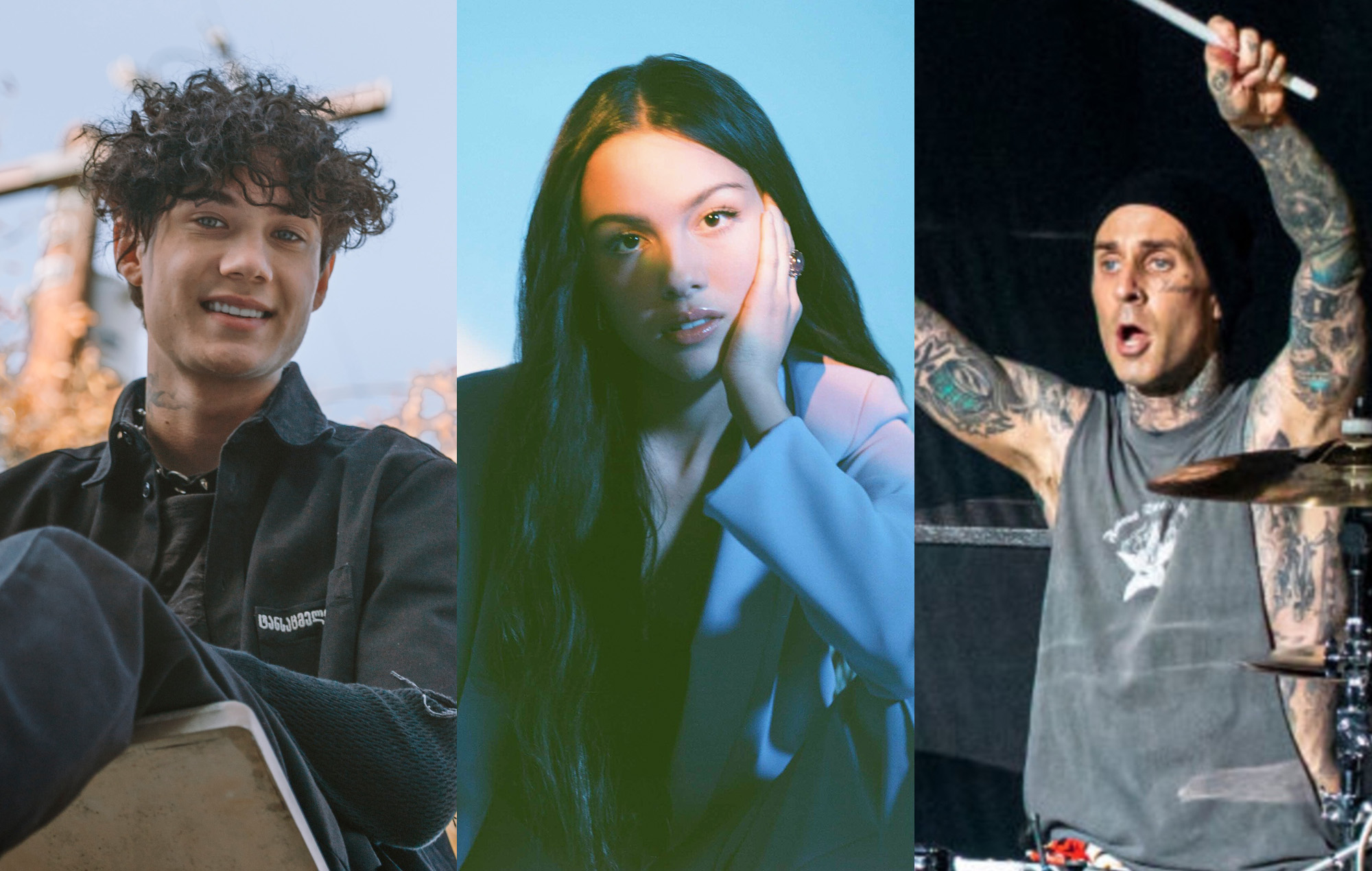 La La La – Alex Bleeker – Real Estate bassist adds jingle jangle to his many gifts , and sounds quite a bit like… Real Estate – B+

Cherry – Anna Fox Rochinski – from our old friends at Don Giovanni Records, sounds a lot like Quilt (Anna’s band) to me, indie-artiness with melody – B+

Emancipation Of The Mind – Bad Religion – sounds more pop-punk than Bad Religion, and not a bad idea because if you get us whistling you might actually emancipate our minds… C+

Lo Vas A Olvidar (with ROSALÍA) – Billie Eilish, ROSALÍA – more typical Billie than Rosalia but it is about how the voices mesh and they mesh fine – B

ACTION – CHAI – J-Pop post punk all girl band via Sub Pop, interesting variant that sounds as though the vocals are being played at the wrong speed plus a thick bass lick  – B-

Small – Clark, Nathaniel Timoney, Kieren Brunt – 12-year-old choir singer Nathaniel adds her voice to the well orchestrated Clark’s Scott Walker’s inspired (or so he claims -I can’t much hear it myself) mood piece about (it says here) climate change – C+

Doodoodoo – Curtis Waters – The Nepali-Canadian with a poppy piece of joy about taking a bath, and a title hook that is pure ear candy – B

Don’t Judge Me – FKA twigs, Headie One, Fred again… – I wasn’t crazy over the last FKA twigs concert, liked it and not loved it in late 2019 (here), and this song which takes an interlude from grime superstar Headie One’s mixtape and adds a pulsing song – B+

cloak n dagger – glaive, ericdoa – sixteen year old Glaive has his heart broken and it didn’t go well at all on a rap meets hyper pop triumph – A-

Orange Blossoms – Half Waif – sad singer songwriter with electronic effects as her name tells you all, the singer worries about the pressure of it all – C

drivers license – jxdn – Travis Barker joins jxdn on a superb cover of Olivia Rodriguez smash hit, and the hook sounds as tasty as ever on a noisy pop punk take that works from one end to the other, and, like all those pop goes punk songs, allows the hook to ring loud and clear – SINGLE OF THE WEEK – A-

Neon Diamonds – Lainey Wilson – she calls it bell bottom country, and I’ll buy on this country rock twanger – B

21st Century Vampire – LILHUDDY – Tik Tok guy on a guitar but really it sounds an awful lot like YUNGBLUD (i read that somewhere though I can’t remember where, and I agree, and unlike  LILHUDDY I try not to plagiarize)  – C

The Pearl – Lorenzo Wolff, Bartees Strange – Producer Lorenzo covers Judee Sill (we are long time fans of the late, great folkie here), and I get it but even so, it sounds a little off center s Bartees takes the chorus – B-

Amigo (with Joey Bada$$) – Lous and The Yakuza, Joey Bada$$ – Congolese-Belgian artist Lous finds a friend on Joey on this Afrobeats track, the guitar on the verse is a must hear  – B+

Durga & Demon – Edit – Mother of Mars – former members of The Rapture go all in on a house track -the edit is over six minutes long, I dread to think about how long it really is – C+

Middle Child – Nervous Dater – indie rocker with a very strong lyricist in Rachel Lightner, a triumph moving forward to a sound that could exist on Saddle Creek – B+

What Are You Gonna Do – Paul Leary – Butthole Surfers invited me to hang backstage once upon a midnight dreary (I passed but it is the thought that counts), and as a solo act Paul adds electronica and doctored vocals to the mix but I’m afraid I’ll pass again – C+

Rose Gold (feat. King Von) – PnB Rock, King Von – “Before I die they gon’ remember me,” the late King Von raps on this autotuned PnB that seconds as a memorial – B

Stars – PRETTYMUCH – the boyband nearly got themselves cancelled due to past indiscretions (homophobia? Check. Racism? Check) and on the strength of this pop soul track who cares – C

Wounds Upon My Skin – Pupil Slicer – a goth-y, barnburner, loud soft, rock out – B

Nasty (feat. Rubi Rose) – Rich The Kid, Flo Milli, Mulatto, Rubi Rose – three top rappers are as nasty as you wanna be and Rich The Kid handles the chorus – B+

Take Me Higher – Robin Thicke – Last week we got the beautiful “Beautiful,” this week we get a manufactured funk groove out with Pharrel for ESPN – C

Skin – Sabrina Carpenter – the third part of the High School Musical triangle, Sabrina stole the guy Olivia wrote “Driver’s License” about and responds  on a pop meh, she got the guy, and Olivia got the song – C

Fellowship – serpentwithfeet, Sampha, Lil Silva – another beauty from the gorgeous voiced, pop and soulful serpentwithfeet who is so good that Bjork included him at her The Shed shows in 2019 – B+

New Love (feat. Ellie Goulding) – Silk City, Ellie Goulding, Diplo, Mark Ronson – either Diplo or Mark is enough to scare me off, and of course this is indifferent EDM pop – C-

MLK Dr – Smino – it really shouldn’t be this good, but it is hyperpop psychedelia, drug enthused, sidelong tribute to MLK (and Martians) – B+

rubberband – Tate McRae – “Got this rubberband on my wrist, on my wrist, and I snap it every time that I think about your lips…” first rate sad girl – A-

Gave That Back (feat. Baby Grizzley) – Tee Grizzley, Baby Grizzley – family affair for the brothers on a power popper rap track – B

I’m More Inclined – Teenage Fanclub – I’ve never been much of a fan of these guys, and this soft rocker isn’t likely to change my mind – C

THE FINAL PARADE – The Mighty Mighty Bosstones, Aimee Interrupter, Tim Timebomb, Angelo Moore, Stran – just signed to Tim Armstrong’s label, and here an all star line-up are absolutely not necessary on a fine slice of ska pop – B+

Lala – The Obsessives – another sweet jingle jangle about the big one dropping, and even better than that sounds -lovely and clever little song – B+