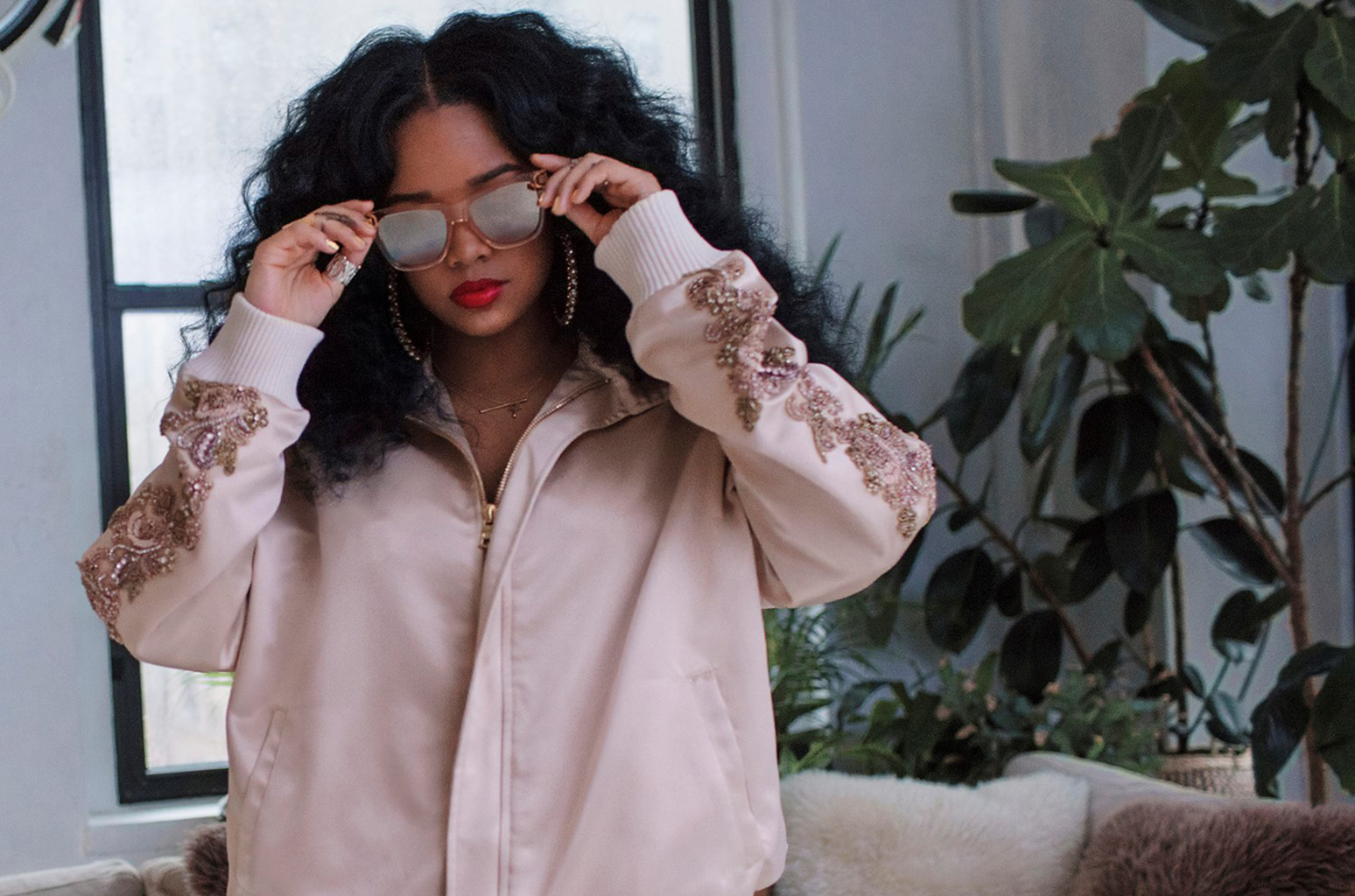 Dead Man Walking (feat. Future) – 2 Chainz, Future – It’s not naturally easy to use Future in songs, he isn’t like a Snoop whose mere presence changes a trajectory, and hard on the heels of his track with Drake last week, this is a 2 Chainz snooze that never lets loose – C

Not So Bad – Anna Burch – a soft pop sweet nothing, as medium cool as its title but better sung and more positive reinforcement – B+

The Disease – Anti-Flag – These guys dropped the great “Christian Nationalist”  last year, and here is the fourth song off the anti-Trump 20/20 Vision,  and it’s not very hot punk as written – C+

Memories Of An Old Emotion – Azusa – metalcore supergroup veers between shoegaze and screamo, I kid you not – B

Uneventful Days – St. Vincent Remix – Beck, St. Vincent -Beck has three great albums to his name, St. Vincent has much less, and together they are quirk beats anonymous – C-

Everything Has Changed – Best Coast – Not the knockout “For The First Time” was, you have to hang around for the chorus for the jingle jangle to announce itself – C+

me & ur ghost – blackbear – five years on, he is the progenitor of all things soft indie pop, adds a rap in the middle here – B

I Fall in Love Every Night – Born Ruffians – very dramatic indie rockers nail it down, more or less – B-

Black Swan – BTS – The thing about K-Pop is that, while no more a con than any other mainstream pop music, it feels desperately manufactured with too many singers and the hands of Sony Korea incubating pre-teens in herds and sending them out to sell fair to middling r&b. This is no exception and it feels manufactured – B-

Wine Low – Bunji Garlin, Fay-Ann Lyons – so far, the 2020s have been a big decade for Caribbean music, a terrific compilation two weeks ago, Skip Marley, Buju Banton and now the soca killa guy Bunji with a goodie – B+

Sandcastles – Cable Ties – punky agitprop about rebellion and its limitations – B-

Underneath – Code Orange – Once caught these punks at Warped, they were just about this good then as well – C+

I Can’t Read ’97 – David Bowie – I preferred the Tin Machine take, and I loath Tin Machine. Apparently, there is an album of unreleased songs on the way from rehearsals for his (terrible) 1996 50th birthday gig, and another – an EP of six songs being released one at a time – C

BUSSIT – Dreamville, Ari Lennox – SZA, Noname, H.E.R. -them we know, but Ari has been an also ran, except this release is an excellence slice of hip hop r&b which ups Ari into the major leagues – B+

Thoughts And Prayers – Drive-By-Trucker – It has been eleven years since I was a big fan, this second song off their upcoming state of the union album, positions the cliche of concern from politicians because they don’t like guns, neither do I and this song won’t do much but preach to the converted – C

New Me – Ella Eyre – EDM singer on half the songs pushed by the likes of Rudimental and Clean Bandit, catchy and poppin’ – B

Richer Than Ever – Fivio Foreign, Rich The Kid – modern drill hook fest – B-

Faith – Galantis, Dolly Parton, Mr. Probz – nothing much to do but check your watch while you wait for Parton to hit her verse half way through on this turkey of an overblown tech ballad – C-

The Sea Is My Gave – Godthryman – New black metal band but definitely not screamo, more of a sludgy down like someone mixed up your valium with fentanyl… but in a good way – B-

What’s In The Eye – Grey Daze – According to Loudwire (here):  “Late Linkin Park singer Chester Bennington’s old vocals have been repurposed in his pre-fame outfit Grey Daze’s new song, “What’s in the Eye.” The nostalgic alt-rock number is from the Phoenix-based group’s upcoming album of tunes they originally wrote with Bennington back in the mid-’90s.” Surreally awful – MUST TO AVOID – D+

She – Hayley Kiyoko – catchy pop track, though no “Girls Like Girls” – B-

Like a Woman Should – Hayley Mary – The Jezabels former lead singer, with a terrific vocal, she has an impressive range, on a first rate pop rocker – A-

Fly Away – Jah Wobble, The Invaders Of The Heart – This ain’t Wobble in full blown Laswell dub mode, it is Wobble as pop dream guy, terrific bass hook – B

Years – John Anderson – A huge disappointment from the eagerly anticipated return of the country great. Who let that terrible guitar solo through the door? I blame producer, the dreaded Black Keys  Dan Auerbach, who never met a song he couldn’t make worse – D+

Sakhi – John McLaughlin, Shankar Mahadevan, Zakir Hussain – I saw the great fusion guitarist at Blue Note a coupla years ago and he spent a portion of the evening begging us to buy his DVDs as his royalties ahd dried up… this excellent tabla plus song should help a little – B+

What A Man Gotta Do – Jonas Brothers – Better than anything on the reunion album, this is a catchy as fuck dance track with an hysterical video channelling everything from “Grease” to “Risky Business” to “Say Anything” – B+

I Want More – Kaleo – The rock band from Iceland usually are way too overwrought because the lead singer is one of those guys, but this is unassuming Americana with overwroung singing – C+

(Don’t Let The Dragon) Draag On – King Krule – He is a white early Tricky, sounds like Bristol trip hop with better drugs – B-

Save A Little For Yourself – Mandy Moore – the former Mrs. Ryan Adams, Mandy Moore, has two great albums to her name, the Jeffrey Epstein approved debut So Real, and the only problem being it’s about Zach Brach Wild Hope (I saw her on stage around 2007 and she was very good), her first release in a decade “Save A Little For Yourself” is just a terrible slice of pop rock, Ryan would have saved it – C-

Stone Me – Margo Price – Her first song in two years is a complete nonentity, sweetly unassuming country – B-

Ego – Moaning – synth pop rockers, not a bad concept but the song ain’t there – C+

Wasted – NNAMDI – modern hip hop full of clicks, cliques, and sounds, and a soft touch – B

Sweet – Porridge Radio – from sadcore to four piece band, Dana Margolin can absolutely write a song, on this sodden nightmare track with a rockcore vibe, and “you will like me when you meet me, you might even fall in love” is a great hook – A-

In Your Eyes (feat. Alida) – Robin Schulz, Alida – Old school, as in it sounds like EDM back when Avicii was with us, but indifferent house pop as heard today – C

Comme Des Garçons (Like The Boys) – Rina Sawayama – With songs like this magical dance track, Rina should break big this year – B+

Me Gusta – Shakira, Anuel AA – Just in time for the superbowl, Shakira goes trap – B-

circle the drain – Soccer Mummy – mental illness is the new break up song, here as well, on the best song she’s dropped since her Clean album took off – B

Maldad – Steve Aoki, Maluma – Steve has been working on reggaeton and beats for awhile, Maluma is terrific on lead vocals – B

Me & You Together Song – The 1975 – The 1975’s release date for Notes on a Conditional Form (album #3 if you don’t include the live one) has been pushed back till April and the first three singles haven’t been bad, though not great, so it is good news that “Me & You Together Song” is such a lovely jingle jangle of a recording – B+

Notre Dame – The Bombpops – pop punk SoCal guys, the metaphor doesn’t  work but the song is catchy enough – B

Trash Glam Baby – The Boomtown Rats – reforming after forty years (there’s a European tour on the books -let’s hope they don’t play Terminal 5 here). the strings wouldn’t have made it on the song way back when but it is a really good glam pop rock about a girl Geldof spied at a retail outlet in Chelsea, so 21st century, right? – B+

Home Thru Hell – The Flaming Lips, Deap Lips, Deap Vally – In the running for worst band of all time award… he’d like to thank the little people – D+

Fried For The Night – TOKIMONSTA, EARTHGANG – Strong arrangement around Earthgangs addiction to trap beats – B-

The Dark Rift – Tombs – Best intro to a song all year, then it goes screamo on you – B

Dressing America – TORRES – “I tend to sleep with my boots on should I need to gallop over dark waters to you on short notice,” a nice sentiment and the video is mind boggling. I’ve found Torres a little too arty for my tastes in the past but this is a very strong outing indeed – B+

Overtime – U.S. Girls – we haven’t heard from Meghan Remy in a coupla years, this is an electronic, quasi-electronic, pop move; the album reads a touch more difficult and is that her daughter with her on the sleeve – B-