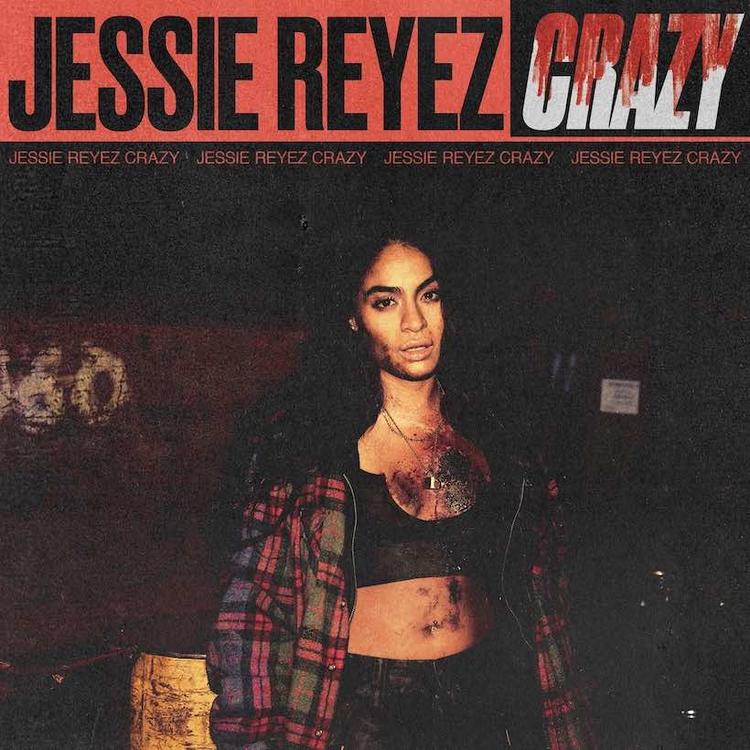 Maria – 03 Greedo, Kenny Beats – In prison for possession of meth (pounds of the sucker) and guns, 03 Greedo is still on his game with a good beat and flow to kill for and “pull up on Maria” -a catchy earworm of a hook  – B

Don’t Look Down – …And You Will Know Us by the Trail of Dead – classic rock meets Americana, wall of guitars strumalong – B

Reply (feat. Lil Uzi Vert) – A Boogie Wit da Hoodie, Lil Uzi Vert – Autotuned break up song where Boogie considers romance is always tied to his fame, Lil Uzi adds a nice little put down, “And if you wanna get better, baby, just pray about it” – B

everything i wanted – Billie Eilish – 17 year old girls are allowed to be upset by the wages of fame, and Billie is well past jumping for joy because Justin Bieber is on her new remix. Fame is troubling in a world where everyone wants a piece of her, and her comfort is her big brother and musical partner Finneas on a well produced sad ballad, her first song since the album – B

Living Proof – Camila Cabello – The Shawn- Camila romance is stuck in the bright lights of social media, and therefore seems staged and as creepy as “Cats”. Camila began her solo career with two masterpieces, “Havana” and “Never Be The Same”, and has sucked exponentially since then. Now, she is touting her upcoming album, the direly named Romance. “Living Proof” is a low key, sweet enough EDM though nobody can get away with a line like “when you touch me, it’s like a Van Gogh” – B

Ninjarous – Danger Mouse, Sparklehorse, MF DOOM – Sparklehorse’s Mark Linkous killed himself in 2010, this is an unreleased, late recording – B

To Make Angels in Snow – Francis Lung – The Wu Lyf singer, solo, Christmas pop -a touch over arranged – B-

Last Name (feat. Lil Durk) – Future, Lil Durk – More trap beats, more slurry, druggy, self-portrait (“I don’t know her name, she wants to have my child…”). If you love Future, it is excellent – B+

Happy Pill – grandson, Moby Rich – The alt-y popster is better than anything on his EP on a catchy and fraught with anxiety drug song – B+

Blanco – J Balvin – Bad Bunny might be right about the Latino Grammy’s ignoring Reggaeton, but it sure doesn’t affect sales. Anyway, Balvin won song of the year.. not for this beat heavy rap track – B

Crazy – Jessie Reyez – I am patiently waiting for Jessie to reach the absolute up echelons of the pop firmament (I mean, she did sing with Beyonce so…), her cover of Patsy Cline’s early Willie Nelson cover is not going to do it even if it certainly should. Jessie’s singing has never been better, her little stutter on the “I” is Buddy Holly meets country meets soul as three note bridge, and the coda is terrific, she has one of those voices that imparts emotions into every single word she utters (last weeks “Honesty” Remix? Wow) – SINGLE OF THE WEEK – A

Must Be – J Hus -Jazz meets strains of Dancehall – B

Tongue Tied (with YUNGBLUD & blackbear) – Marshmello, YUNGBLUD, blackbear – Teen poppiness, YUNGBLUD steals in but yeah, it sure is mellow – C+

Ice Cream Party – Modest Mouse – The best of the three songs dropped so far is a lo fi, melody, alt catchiness – B

Virile – Moses Sumney – Dramatic, orchestrated, arty soulfulness  -the new album should be a revelation – B

Wandering Star – Noel Gallagher’s High Flying Birds – Not Oasis, but better than that EDM EP – B

Peace To All Freaks – of Montreal – His usual mix of indie, glam EDM rocker – C+

Burning the heather – radio edit – Pet Shop Boys – These guys need to hang it up, their 80s legacy is destroyed with shit songs like this – MUST TO AVOID – C-

Balenciaga – Princess Nokia – She can do no wrong, one of two perfect new songs, low key, fluid flow stoned out of its skull – A-

Alien With a Sleep Mask On – Ratboys – Sound like Superchunk – B

A MacBook Pro to a Nineties Dell – Say Hi – If you’re gonna think up a title as great as this, doing something more than an indie low grade funk riff – B-

Beautiful Ghosts – From The Motion Picture “Cats” – Taylor Swift – An answer song to “Memory” but at least “Memory” had an indelible melody, this is an exercise in Andrew’s irrelevance – C

Lover (Remix) [feat. Shawn Mendes] – Taylor Swift, Shawn Mendes – A chart move, undoubtedly, and a great song, but cmon guys, do a little more with it and Shawn’s new verse is shruggable – B+

Mai Tais (feat. Skylar Grey) – Train, Skylar Grey – The problem here is Train, Skylar kills it but Patrick Monahan shoulda just handed it over, the bridge is a real bummer in a very pretty song – C+