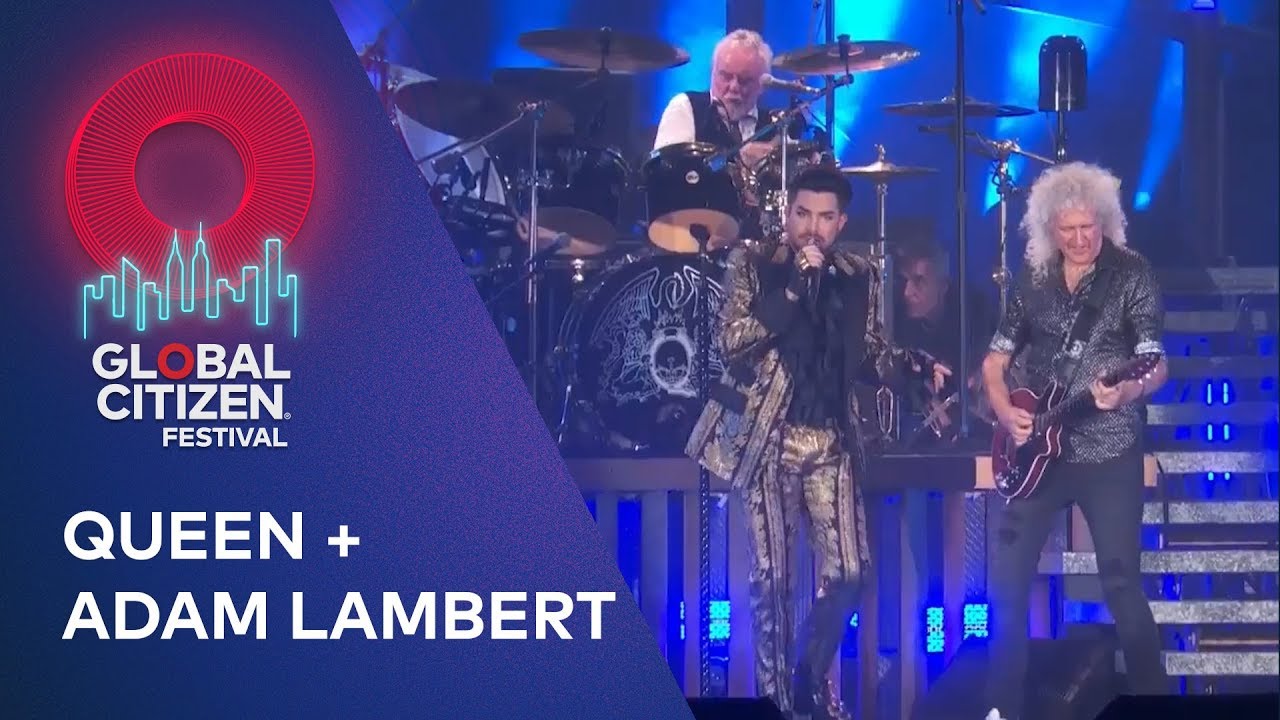 After going, year in, year out, and seeing everyone one from  No Doubt to Stevie Wonder, I haven’t been to Global Citizen since catching Metallica AND Rihanna in 2016 (with my great niece Juliet, fourteen at the time), it was just too much of a pain and I haven’t been back. But yesterday I came thisclose, after noticing a Premium VIP GA for $150… thisclose. What stopped me was that except for H.E.R. I didn’t want to see anyone at all. And if the accumulation of folks you don’t like might well add up to a show you might like, not when half the time is spent ramming home woke politics -most of which I agree with and none of which I chose to support.

So finally I settled on youtube for what was easily the smartest decision in my life. I swear going to Global Citizen is based solely upon selective amnesia, you wilfully forget standing for hour after hour after hour, and when you sit, nearly break your knees, for the pleasure of being told about clean water in Somalia. I get it, and I don’t disagree, about the clean water in Somalia (a bad choice of country actually, Somalia is on the verge of famine and millions are starving), but I don’t want to suffer through hours of having what I know, reinforced. Just grab whatever money you can and get lost or you might find yourself listening to Carole King telling you how she was for climate control 30 years ago. It was her first performance at Central Park since 1973: Thank you Carole, thank you lord.

Carole was terrible mid-way through the evening. Not the worst, I promise, but not good. Perhaps it is because her backing band were session musicians and she had no vibes with them whatsoever. Anyway, nobody was any good, maybe except H.E.R., it is more than probable Global Citizen was holding their big guns for next year’s dreaded already  “Global Goal Live.” It will be a 10-hour event broadcast globally at multiple locations, a modern day Live Aid. The best thing about Live Aid was Queen, the worst thing about last night was Queen plus Adam Lambert (plus uber-creepy Freddie Mercury video).

From opening act, French Montana, who exists for the pure pleasure of making DJ Khaled look more important than his featured artists (and who has a dreadful new song featuring Post Malone and Cardi B -that exists to make you think how the deadly and bombed out “Charlie Angels” sister superstar song wasn’t that bad). Next was H.E.R., then ONE REPUBLIC!! Wait, sorry Queen, there is no one worse than the overblown blowhard with rotten rock EDM songs Ryan Tedder. Nothing worse than this guy. The balding bore coaxing the audience to sing along to “Apologized” or covering “Halo” would have been deadly if I’d been standing five hours to hear it.

Carole King performed five songs off Tapestry! One, “Where You Lead” included Kelly Clarkson, who has a terrific voice and made a great match. Less great was Carole singing along to herself from the early 70s. And a “I Feel The Earth Move” that was 100 million times too bright. She only got five songs and Pharrell Williams only got three, included the dreaded “Happy”… nice hair cut, Pharrell.

All the way through the late afternoon I spent online going from a Gwen Verdon biography and the worst movie perhaps of all time-the preposterous “Long Shot”: the next time Seth Rogen thinks it would be anything but nauseating to see a thirteen year old with a hard on, tell him it isn’t for fuck’s sake- and trying to miss the ads for world happiness (would they settle for joy?) and get back in time for the music. Anyway, that’s why I may be screwing up the line up a little.

I really don’t get why the sets are THAT truncated, give em half an hour folks… oh wait, the songs are few  because the artists want to have their two cents on saving the planet (The Tao: “Do you want to save the world? It can’t be done”). Meanwhile, Alicia Keys, the most boring woman on the planet, took off her makeup especially for the occasion, and sung eight songs, including the godawful “Girl On Fire”, and a godawful medley of “New York State Of Mind” and “Empire State Of Mind”.  Ben Platt performed two songs and, well if you don’t know my feelings about the Broadway star, take it as read that he was dreadful.  NCT-127 is the latest all boy K-pop sensation, they danced beautifully and sang well -so OK: the eight member Seoul boy band and H.E.R.passed the audition.

Now you’re thinking what the fuck else can they kill time with, right? On to Queen and Adam and you are done, home you go folks. But no, here is Leonardo DiCaprio, who is losing his looks (actually began to lose em back when he was Howard Hughes) and three girls who don’t want us to destroy the planet. Tough shit, toots: Greta this. Then… look I love David Gray, I actually and sincerely consider him a top notch singer songwriter, and all we got was the great “Babylon”. Queen Plus were as shitty as ever, the worst moment: Brian May bringing in  Freddie Mercury  at the end of “Love Of My Life”. The best? A pretty ace “Crazy Little Thing Called Love” into “Under The Pressure” (which reminds me, Bowie’s wife Iman, who is seldom seen, send something about something and she looks great) and the long dead Fred with that “Ay Oh” thing. They closed the evening with “We Will Rock You” and “We Are The Champions”.

FINALLY, if you read me wondering whether to go to the Global Citizen Live Aid nightmare next year, remind me of this review, please…