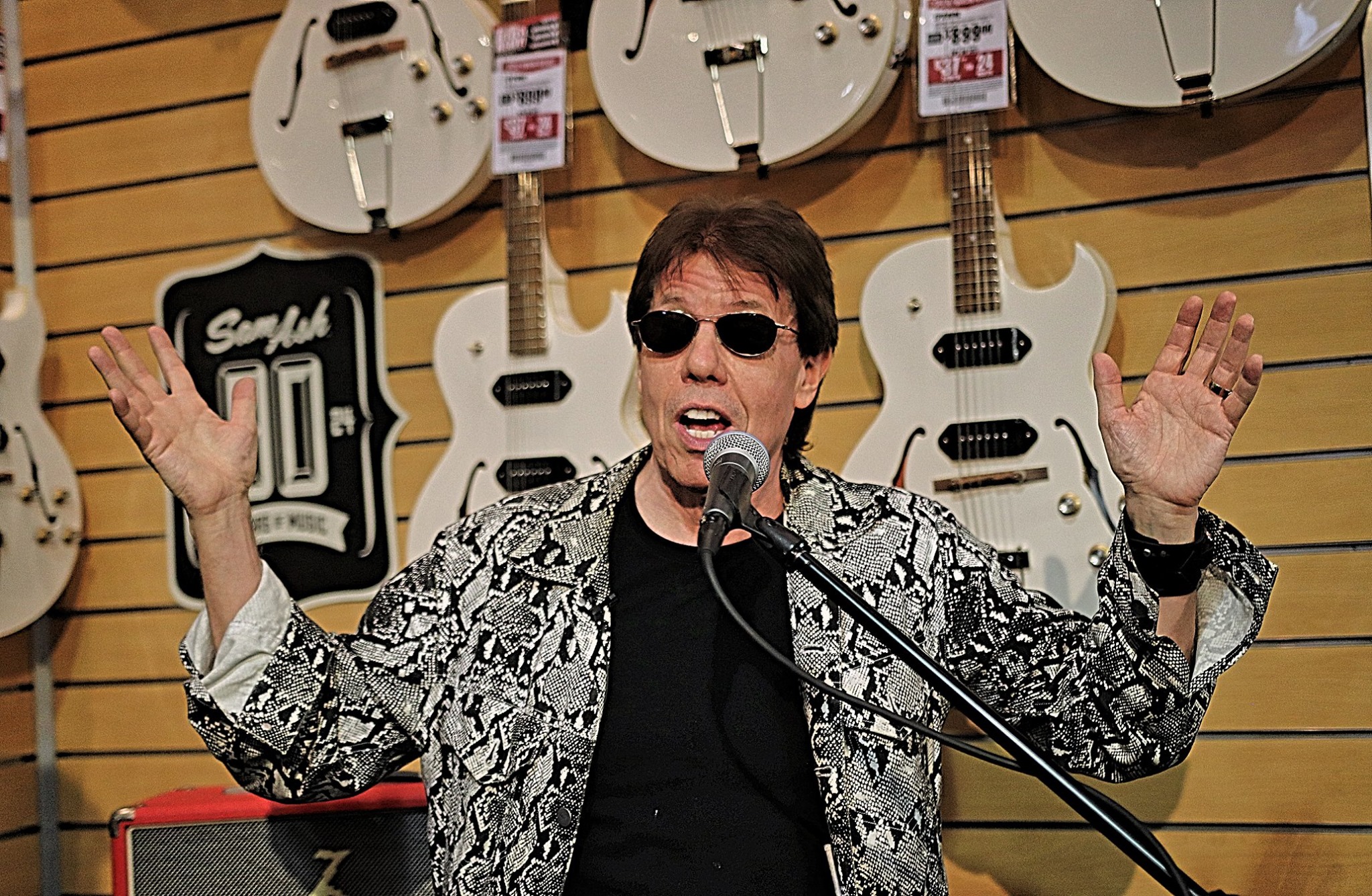 On Friday night, blues-rock legend George Thorogood made an apparition at Sam Ash Music store to introduce his brand-new Epiphone Ltd. Ed. George Thorogood ‘White Fang’ ES-125TDC Outfit, a beautiful Gibson-designed model with a mahogany neck and maple body available for sale at the store. Many fans had gathered for a special meet, greet and signing, and Thorogood looked in great shape and good humor during a live interview moderated by writer Clay Marshall of the LA Times and Ultimate Classic Rock.

With a career which started 45 years ago in his home state of Delaware, Thorogood has played more than 8,000 concerts with his band the Destroyers, recorded 16 studio albums, and sold more than 15 million copies worldwide, but despite all these accomplishments, he never had his own signature series guitar… until now.

Mostly known for his greatest hit, ‘Bad to the Bone’, a song which has been used about everywhere, from ‘Married with Children’ to ‘Miami Vice’ or ‘South Park’ but also in movies like ‘Lethal Weapon’, ‘Terminator 2’, and even also during baseball games, monster truck rallies and rodeos, Thorogood has been one of the most consistent progenitors of blues-based rock in pop culture history. However, when he said there is nothing like hearing the song when he plays it in front of a live audience, he admitted being a performer to the core.

Over the years, his guitar technicians had a hard time to keep his vintage classic Gibson ES-125 performing to the level that he needed, because these guitars are very fragile ‘I played them and I beat them, not intentionally, but it’s just my style!’ he explained. He was asked to make a switch because they were spending too much money on rebuilding the guitar strings, but it was not something George was ready for: ‘Well wait, my career is over, I’ll stop playing. I will go home and sign autographs!’

He originally picked up this type of guitar and found it perfect because he originally was an acoustic guitar player: ‘I just exploded, I just said oh my God my future has laid out for me,’ he told us with plenty of arm movements. ‘However, they stopped making those guitars in 1970 and I bought every one I could!’… ‘The 125 did it for me, playing it is like a home run into the upper deck!’

But Gibson redesigned the guitar as close as they could to the original, and ‘now I can’t put it down’… ‘When you play a musical instrument, the thing is really important if you find something that is so good. You can’t put it down, like Beethoven on the piano or anybody else. That’s really the key,’ he continued with the same passion behind his shades that he never removed.

George gets very animated when he talks, he is a man of passion who often makes fun of himself, making a grand entrance with an ‘Everybody is scared, the bad man is here!’ or answering to a question with ‘I think it’s impossible to have George Thorogood talk ‘a little’’… When asking a fan why he was here, he returns the compliment with ‘I may be the modest, I am the best and that’s why you are here!’

Talking about the journey that got him there, he is realistic but also humble: ‘I guess it goes back a lot farther than just picking up this guitar last year,… I like that word ‘career’, Paul Newman had a career. I have a job’

He is also a proud musician when he sees one of his records in a record store, ‘I am proud and this is pure ego!’, he adds, while he is someone who is still getting that same sense of excitement, nervousness, and rush when he takes the stage, even after playing more than 8,000 concerts. He later admits he will go away when ‘the nervousness, the rush or the excitement go away’.

In 1979, Rolling Stone wrote he could play ‘rock and roll hot enough to melt the polar ice caps and flood the world’s major population centers’, and he admits to having this same mindset more than 40 years later. That’s why he is still touring till next year, with a giant ‘Good To Be Bad Tour: 45 Years Of Rock’ tour, and stops in Costa Mesa on August 9th and New York on September 25th.

He closed with a demo on the White Fang, playing the obvious, ‘Bad to the Bone’ and thanking us, ‘I am living the dream, thank you all!’ In the end, Thorogood doesn’t want to hear praise, he just wants to play the gig. 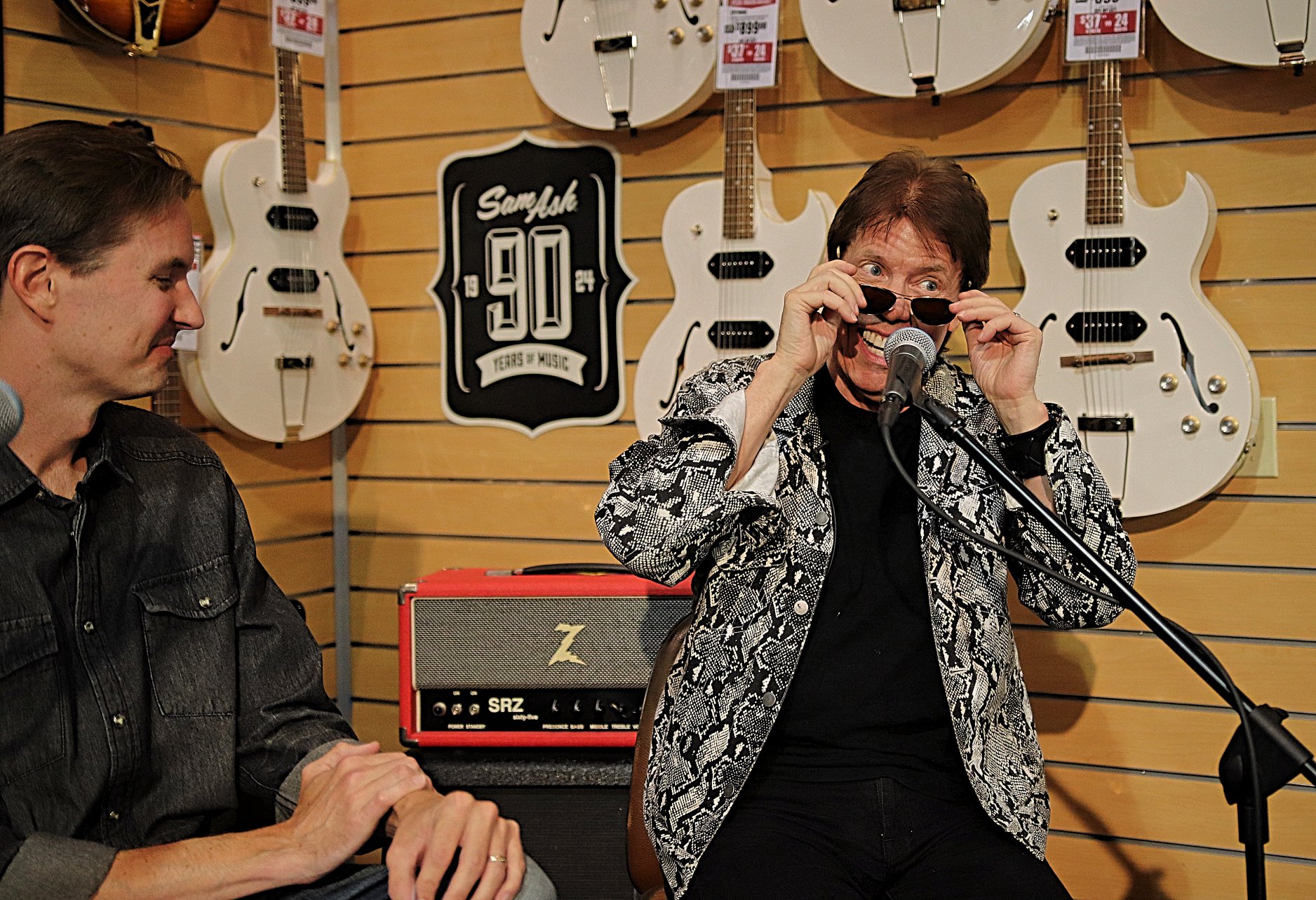 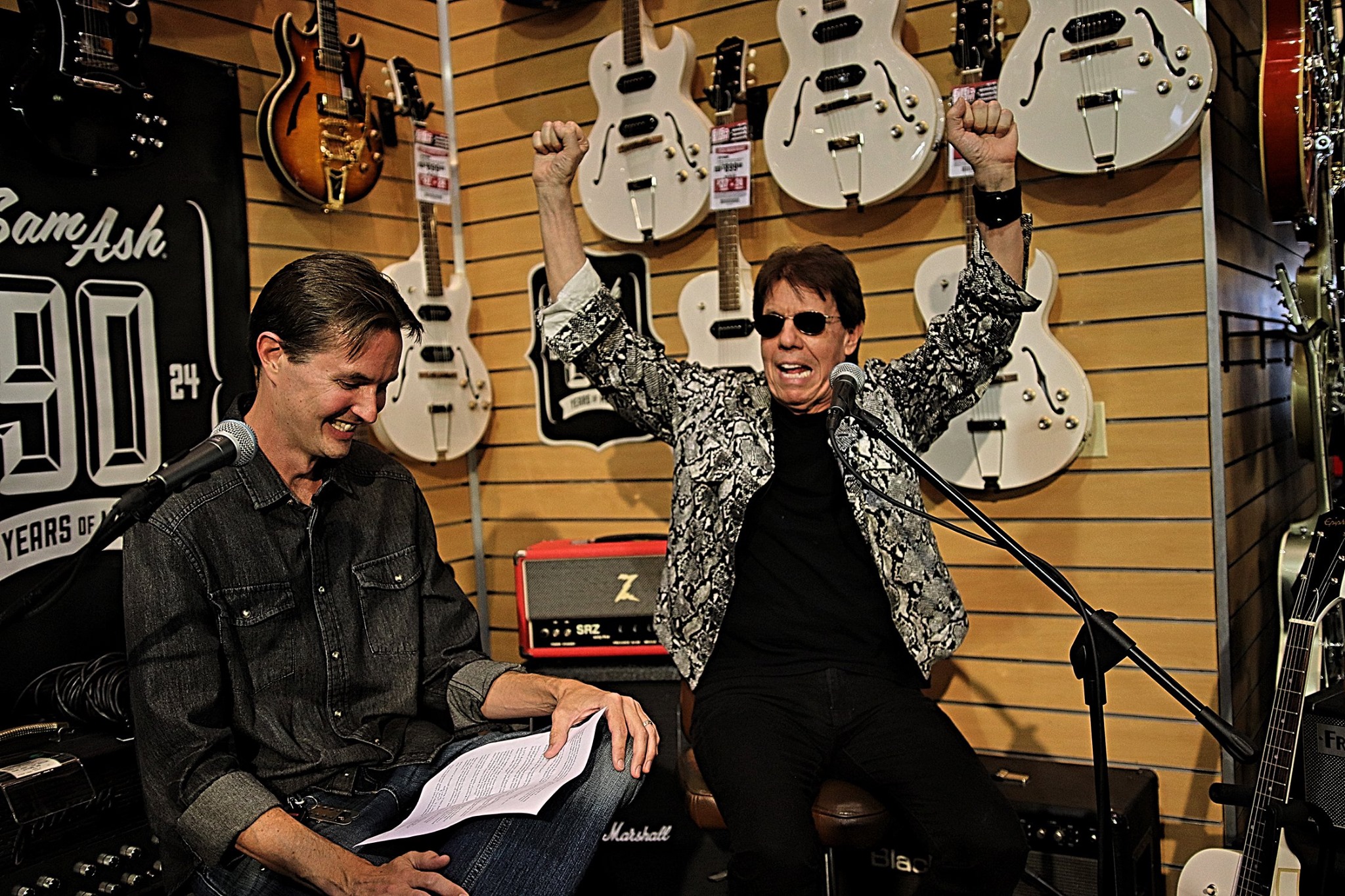 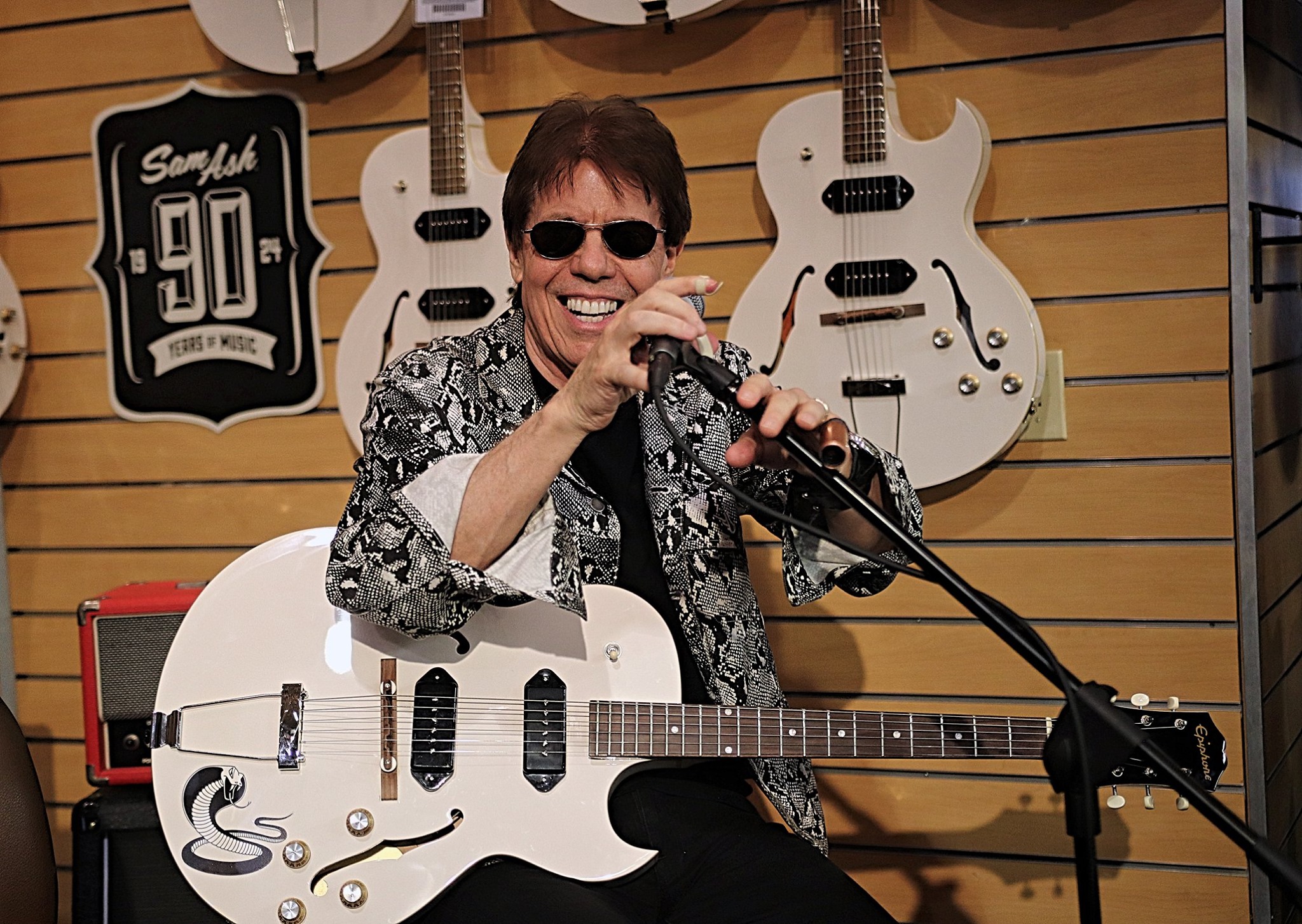 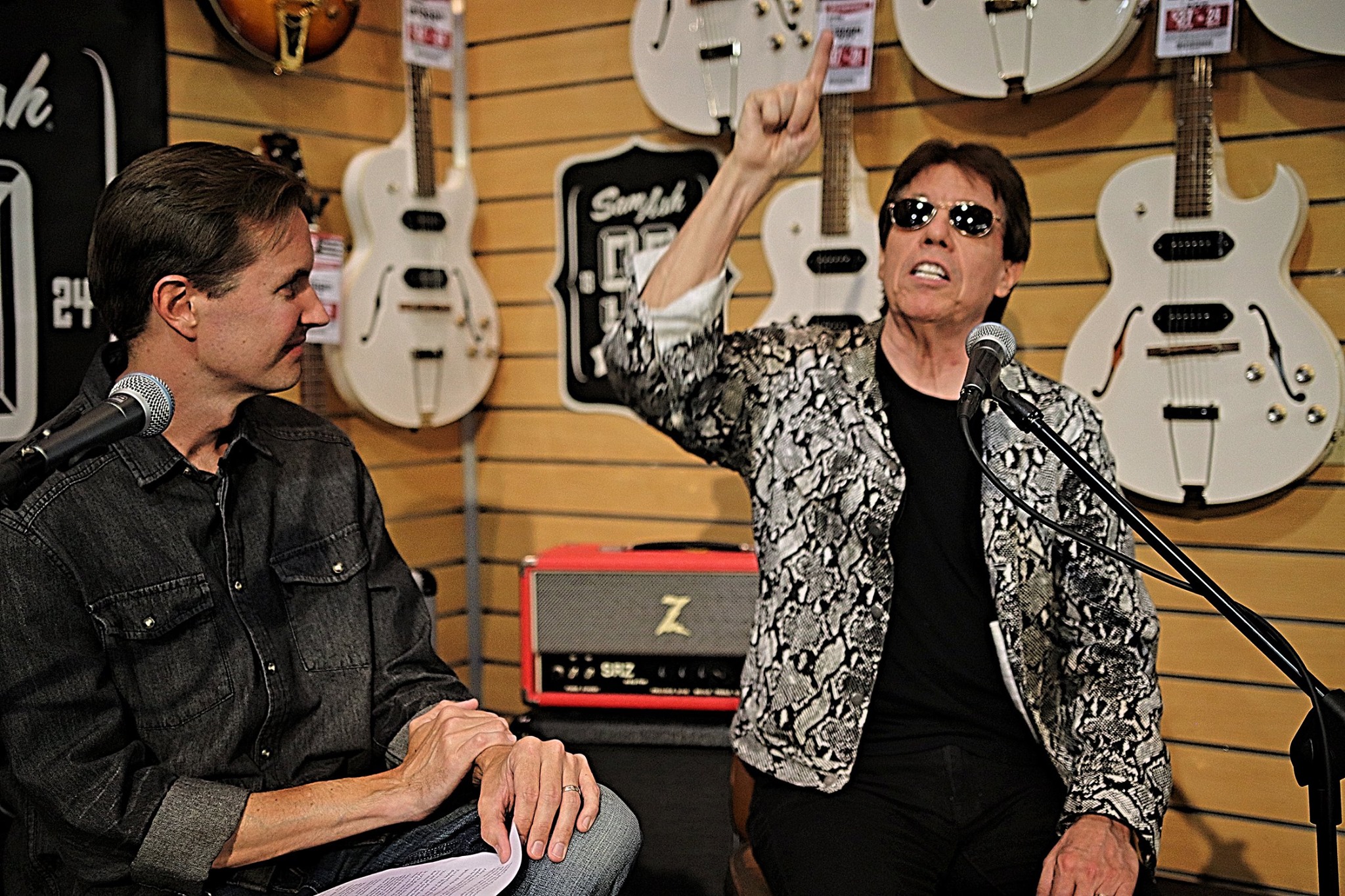 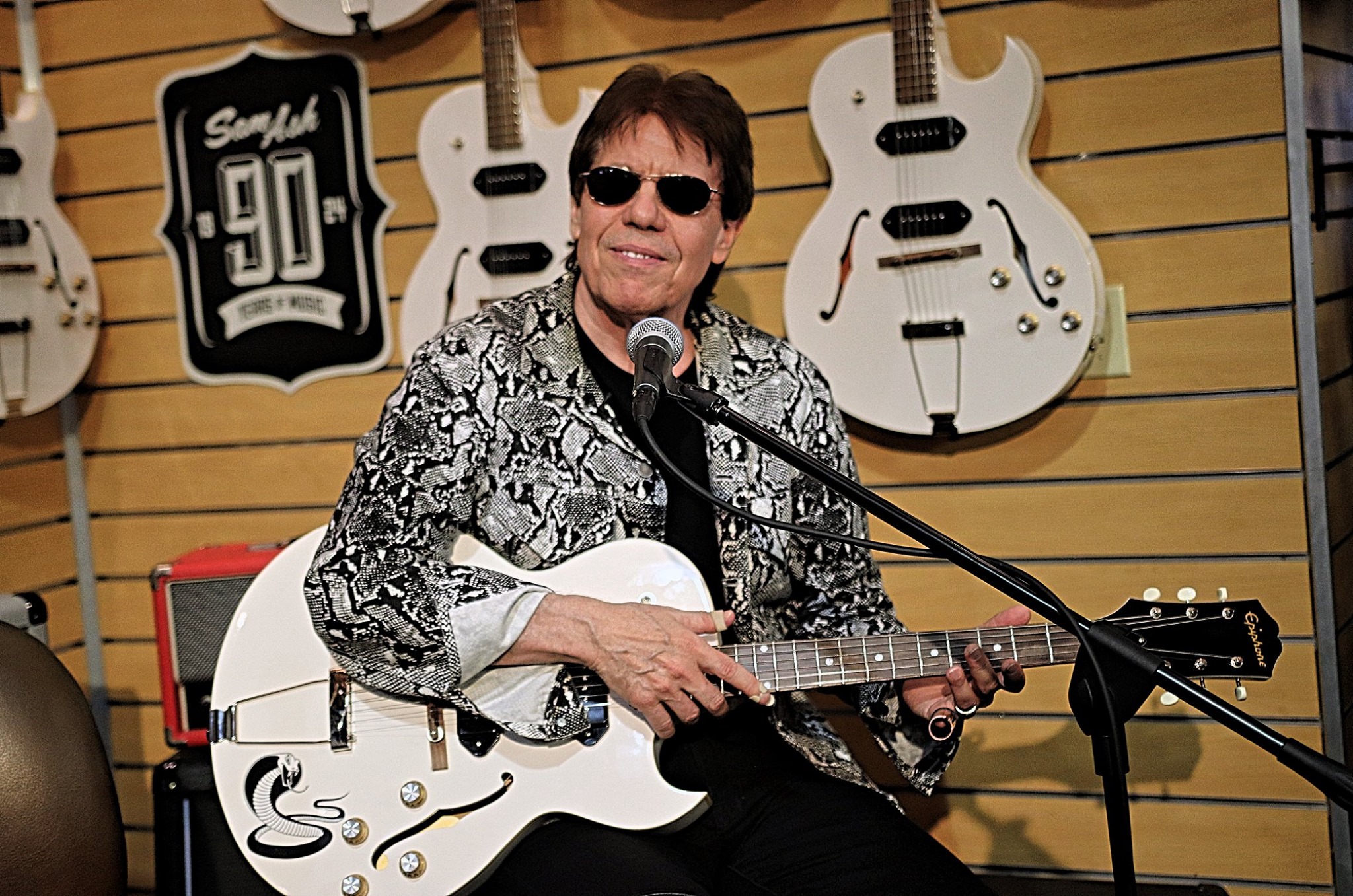 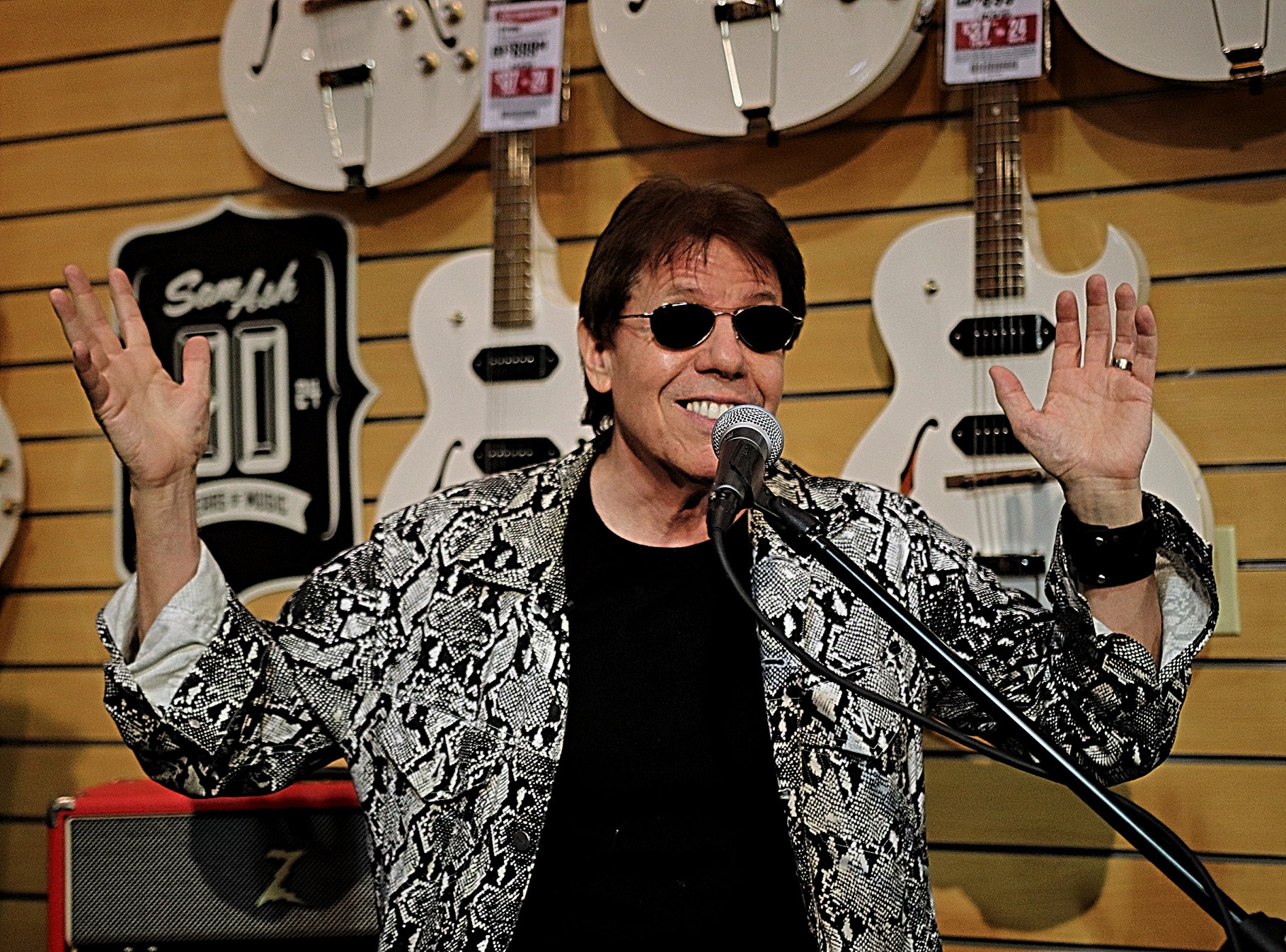 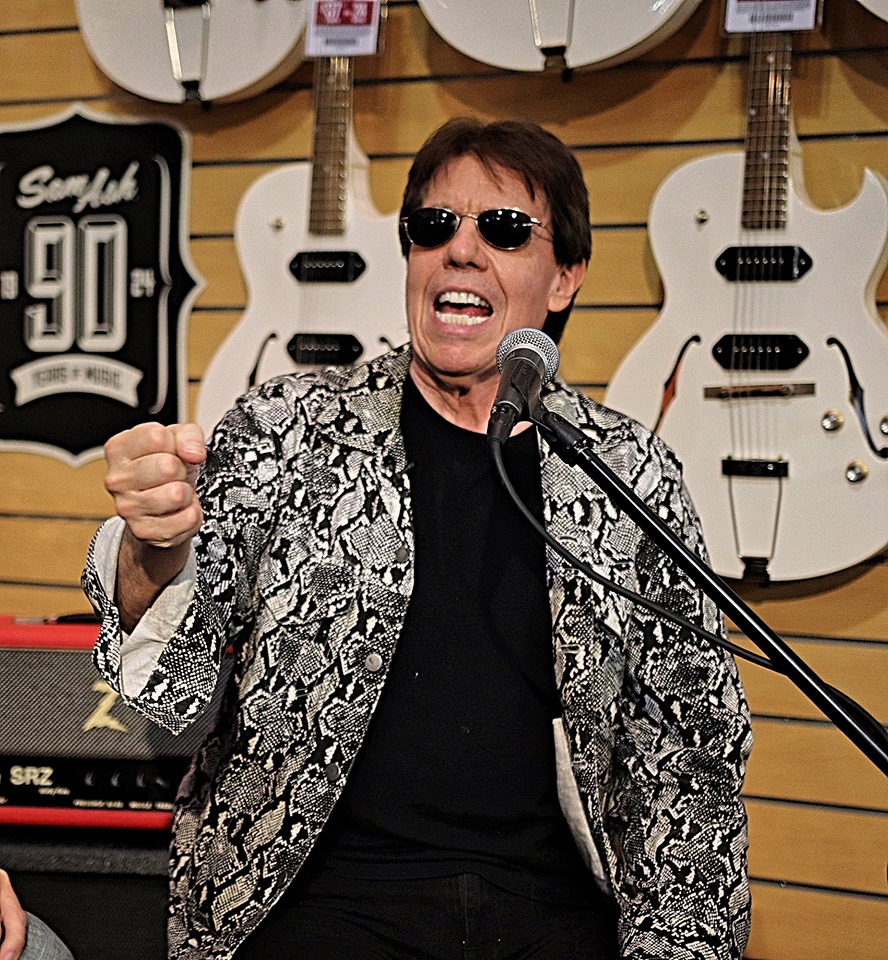 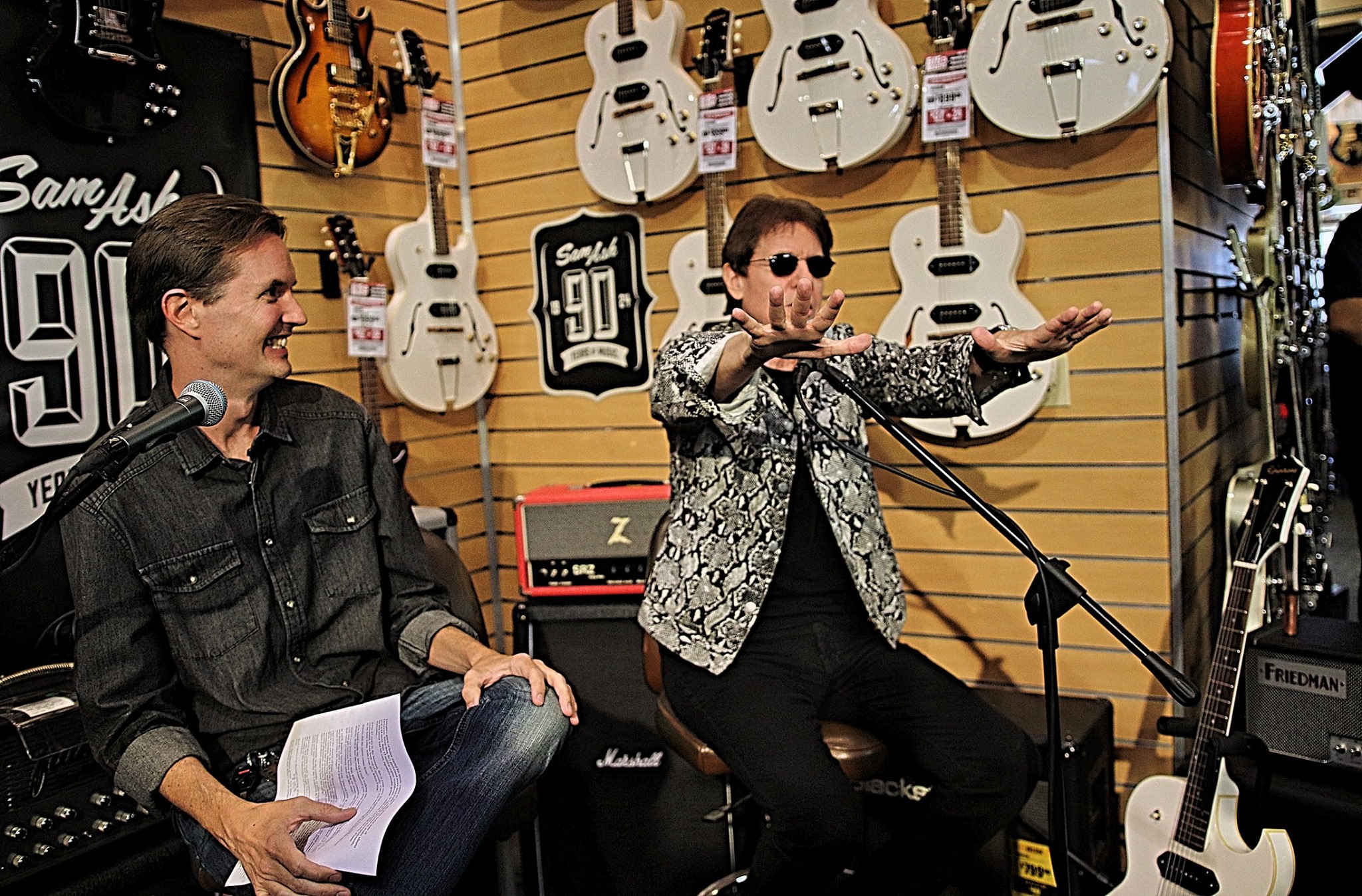 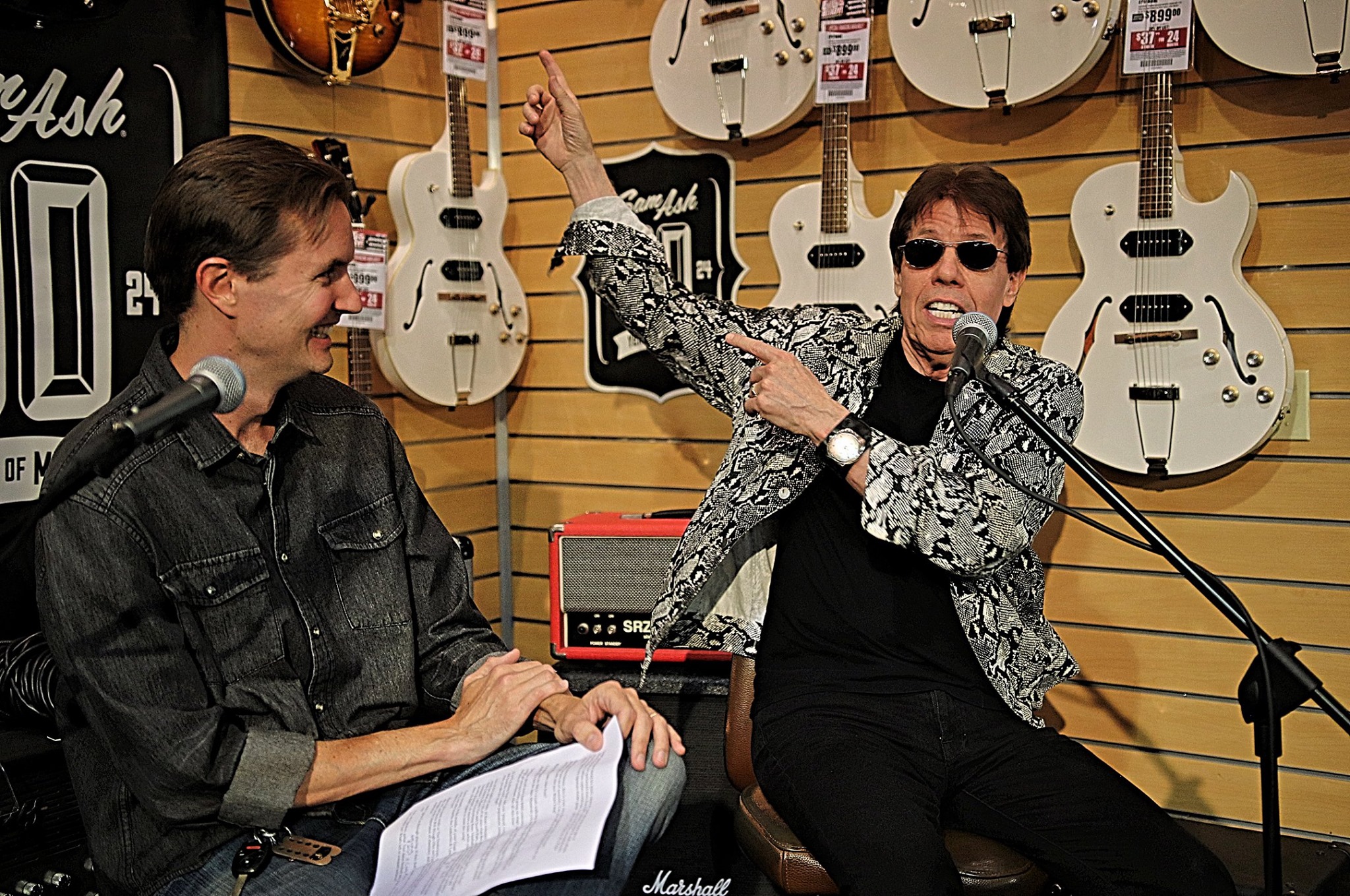 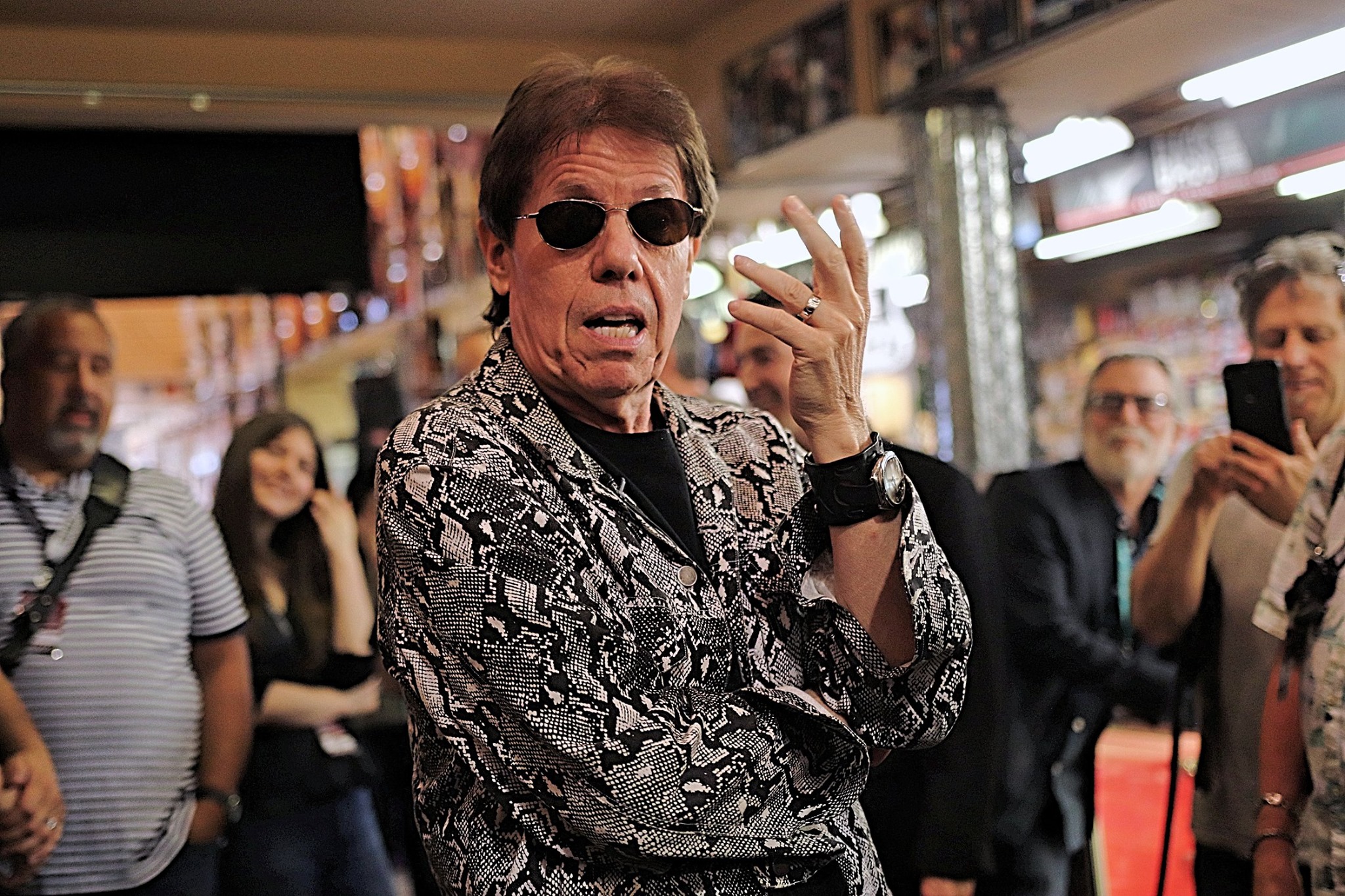 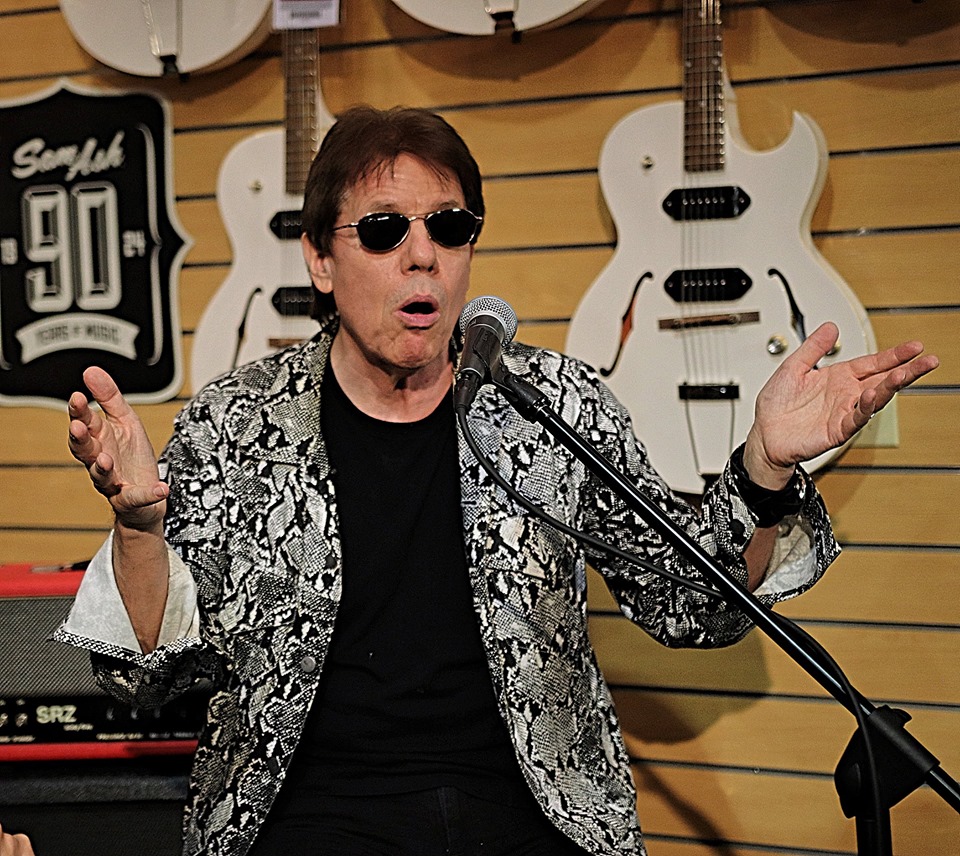