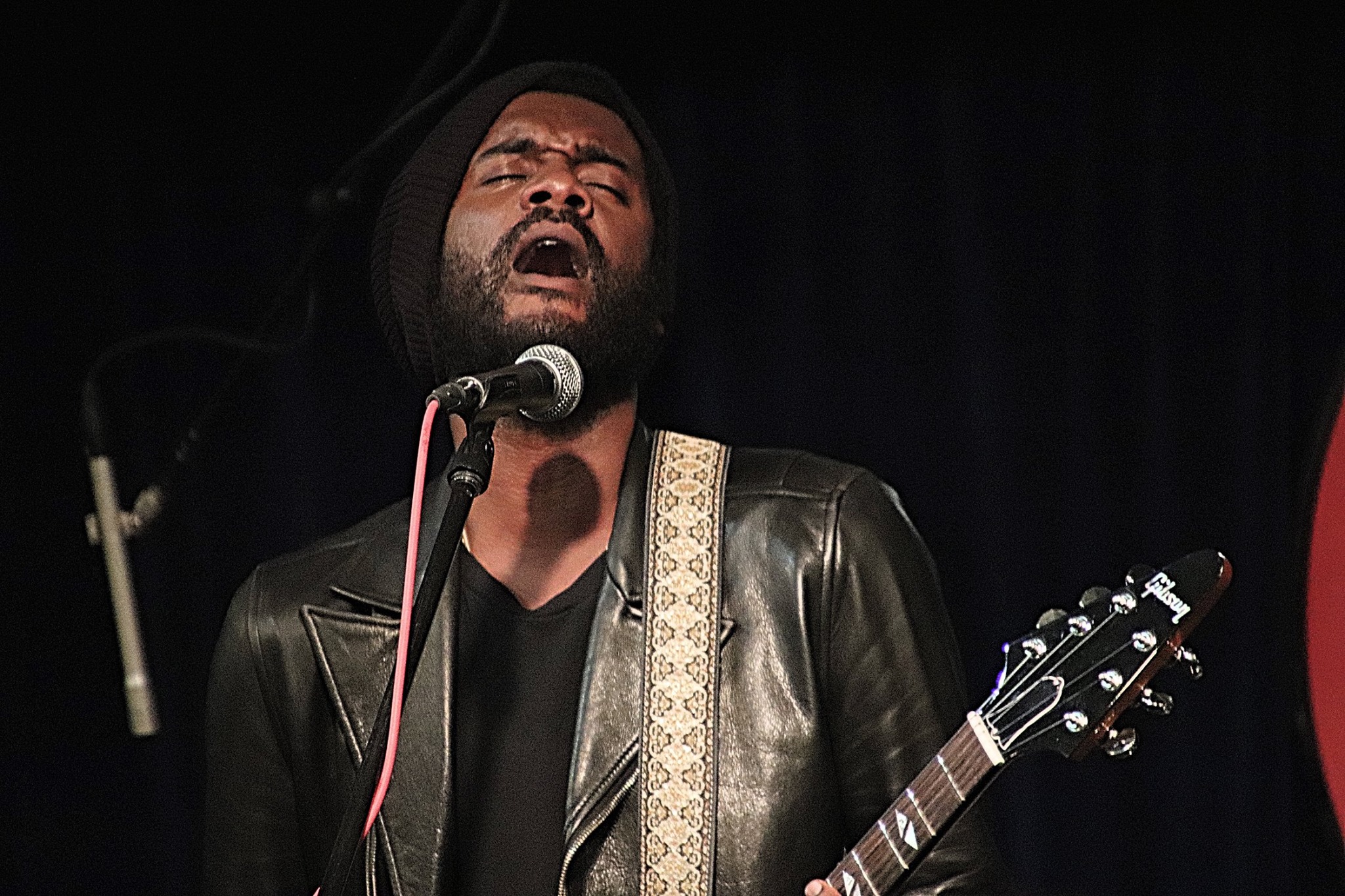 Gary Clark Jr. has a new album, he was the musical guest on Saturday Night Live last week, and he won’t stop touring till the end of September with a last stop at the Hollywood Bowl. He is promoting the new songs off the brand new ‘This Land’, he even played an in-store at Amoeba on Thursday night, and I got the chance to get in, despite a very large crowd eager to attend. I saw him at the same place when he made his first appearance inside the mega record store, I also saw him again at Arroyo Seco music festival last year, and if at the time I wasn’t very impressed by his stage presence or even his music, his mad guitar skills were undeniable. At the time, he seemed to just reluctantly pose for the new blues guitar man, but this new record may change the mind of his most skeptical critics. Gary Clark Jr. has found the songs to keep me interested, and as a matter of fact, he only played new songs during a long performance inside Amoeba, as most artists usually play 6 or 8 songs.

In front of a packed store, surrounded by four musicians on guitar, bass, keyboards, and drums, Gary Clark still has this cool demeanor but don’t call him your average bluesman, his bluesy range is impressive on this new one, which brings in elements of funk, soul, rock, rap, and reggae.

The guitar prodigy from Austin used his full palette on ‘This Land’, from an R&B Motown vintage sound on ‘When I’m Gone’ to arena blues-rock distortion with wobbling organ on ‘Low Down Rolling Stone’, and his voice became an impressive Prince-like falsetto during ‘I Walk Alone’. ‘Feed the Babies’ or ‘Pearl Cadillac’. If it’s obvious Clark is ready for an eclectic and exciting ride with nods to R& B and punk rock, his funky fusion could even recall something from Stevie Wonder (‘Feed the Babies’) with almost imperceptible Reggae tempos here and there, becoming clearly visible during ‘Feelin’ Like a Million’.

Between songs, Gary Clark is still calm and quiet when he tunes his guitar, whereas the powerful sound coming from his guitar still contrasts with his relatively moderate stage antics. it’s clear that he wants the music and his instrument do the talking, with many spectacular and sweaty guitar jams (‘Pearl Cadillac’ got people on their toes screaming and cheering) but he is not the type to bounce around or jump on the drumset.

Besides the music, there is the message at the center of this new album, and a level of anger I had not really perceived before, This Land, the title track of the album, is the most aggressive track that he saved for the end. The song let everything surface with a hybrid reggae-rock-blues sound and a rap tone, as it is a powerful composition he wrote after a racist confrontation with a neighbor in Texas where he bought a 50-acre ranch near Austin: the neighbor insisted ‘he didn’t live there and asked who really owned the property’. The song, an obvious reference to Woody Guthrie’s ‘This Land is Your Land’, is a defiant confrontation with a dialogue including the own words of his aggressor (‘Nigga run, nigga run/Go back where you come from’) resonating so loudly ‘right in the middle of Trump country’… Closing the set with it was the right choice, leaving people asking for more. After the mini-concert, Gary Clark Jr. had freshened up his pigeonholed image, he had definitively peeled off his blue Americana guitar hero aura,… he wanted to go bold with ‘This Land’ and nobody inside Amoeba had any doubt about it. 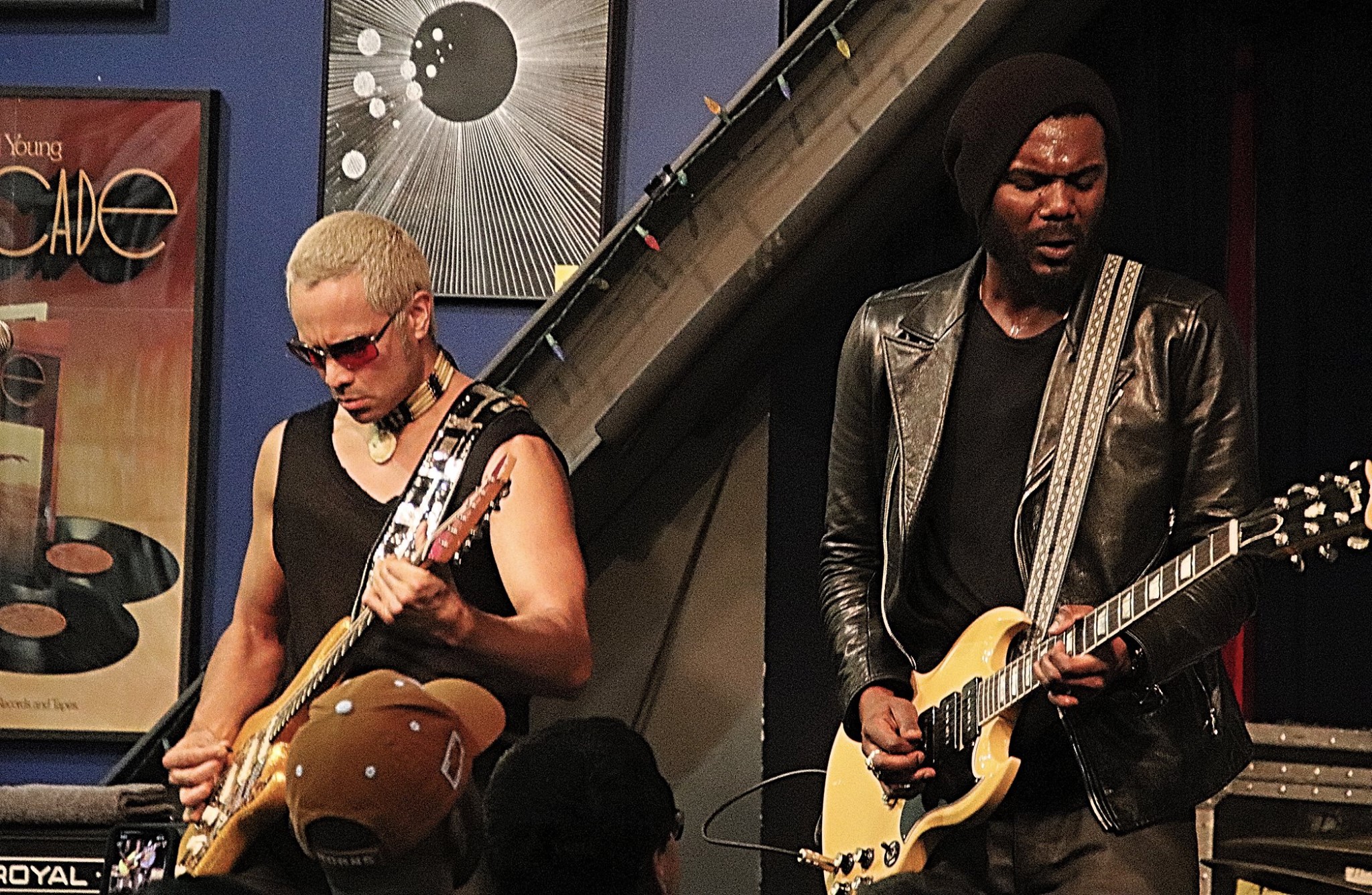 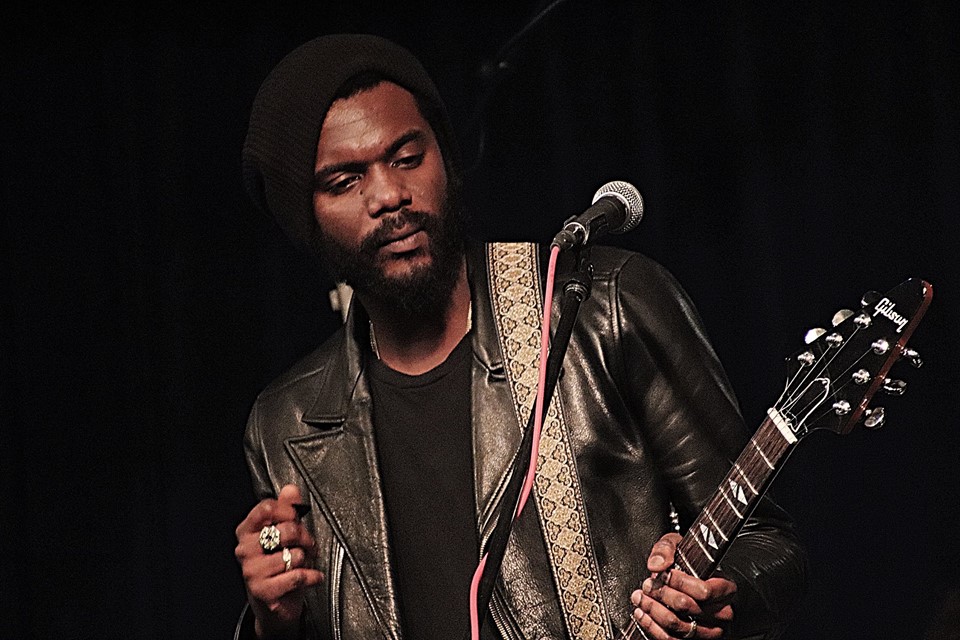 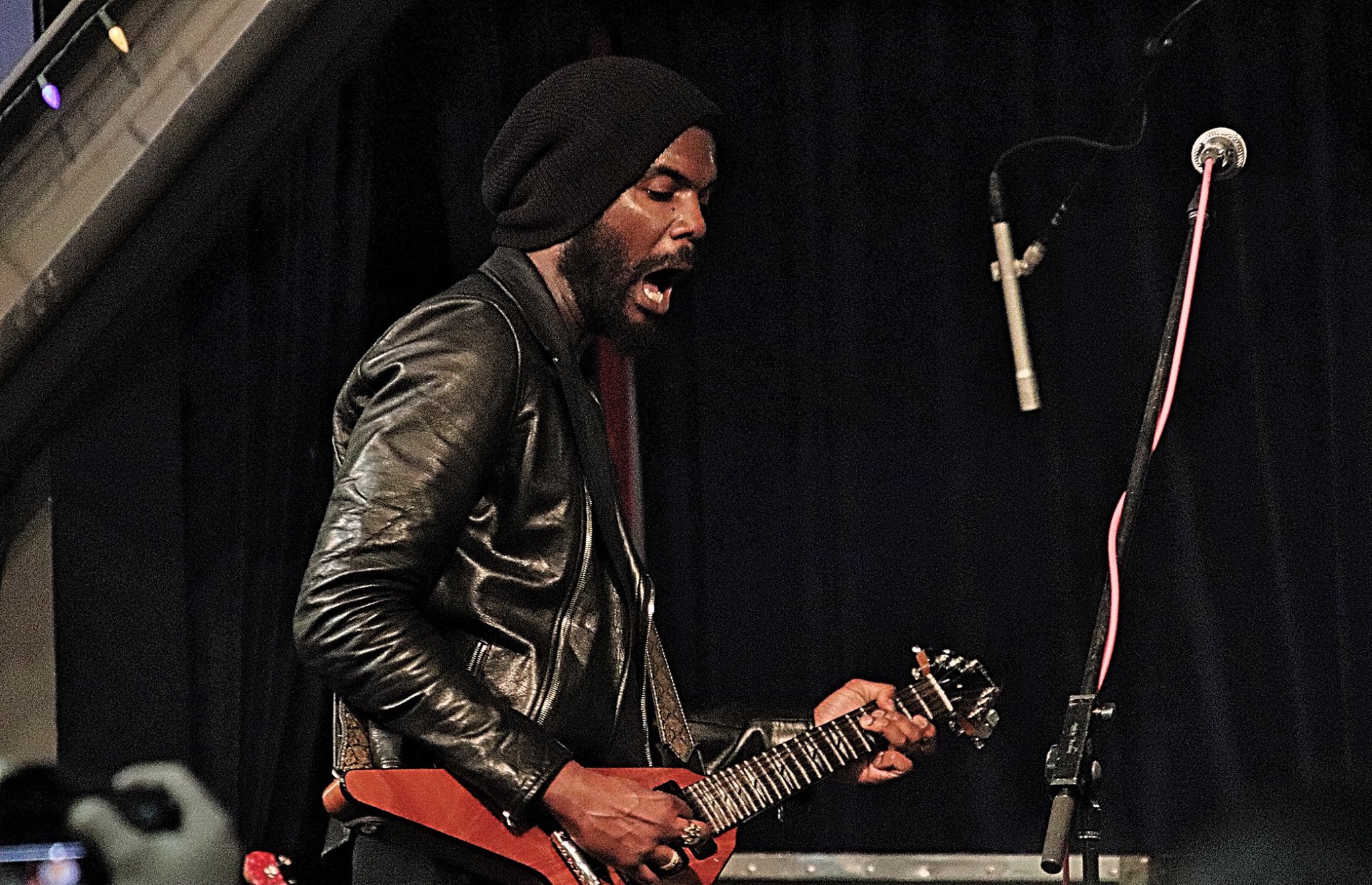 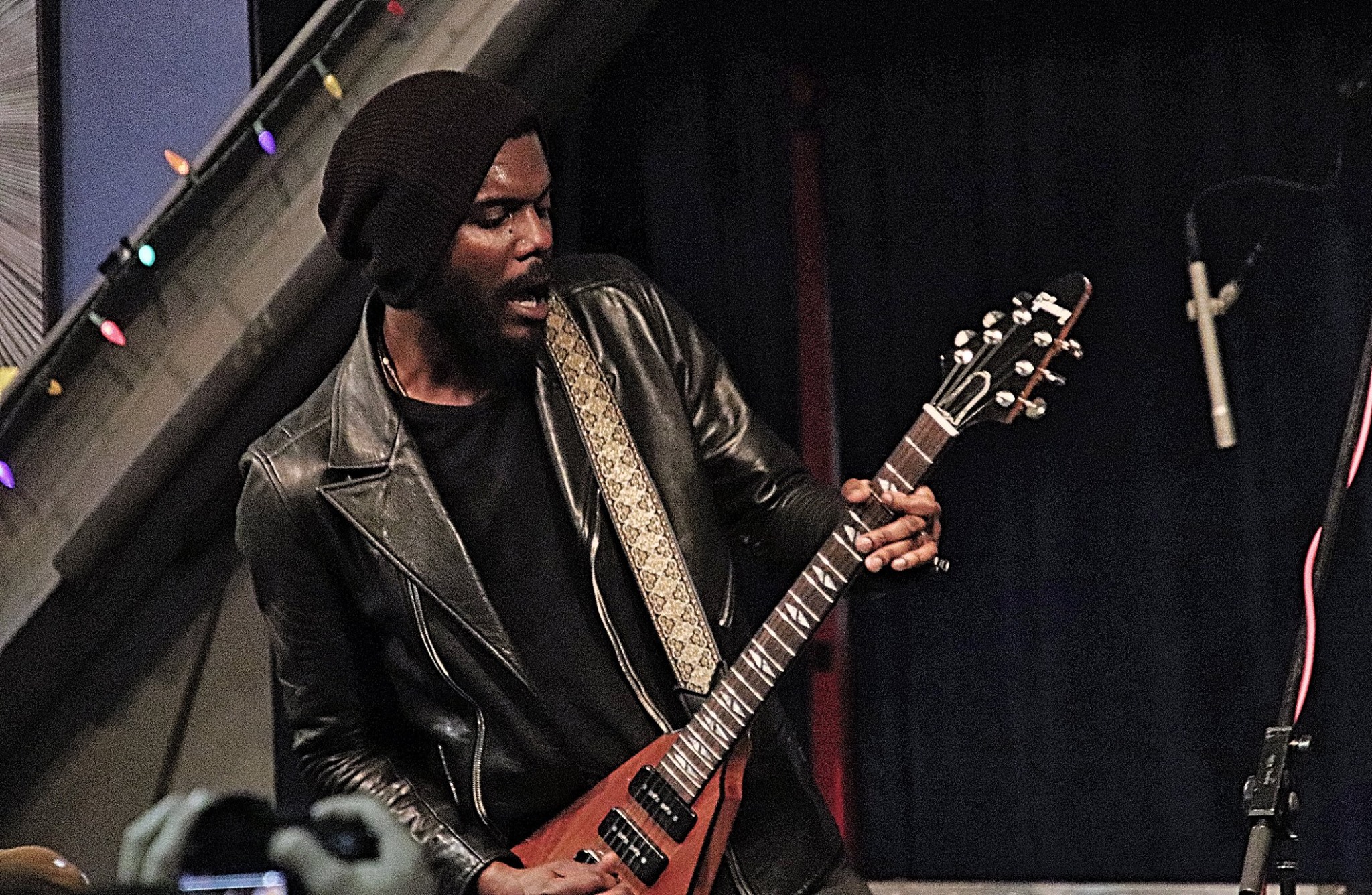 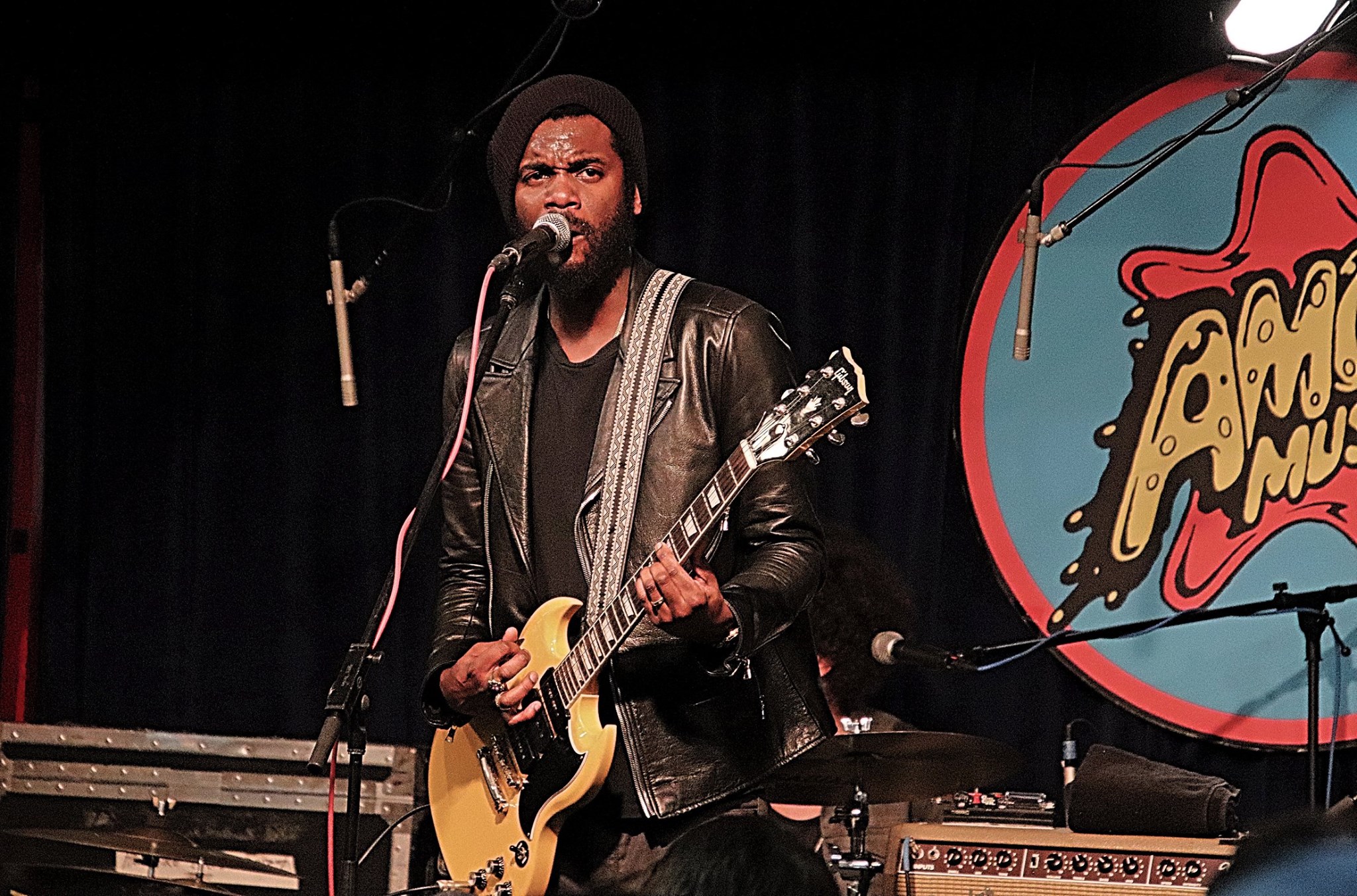 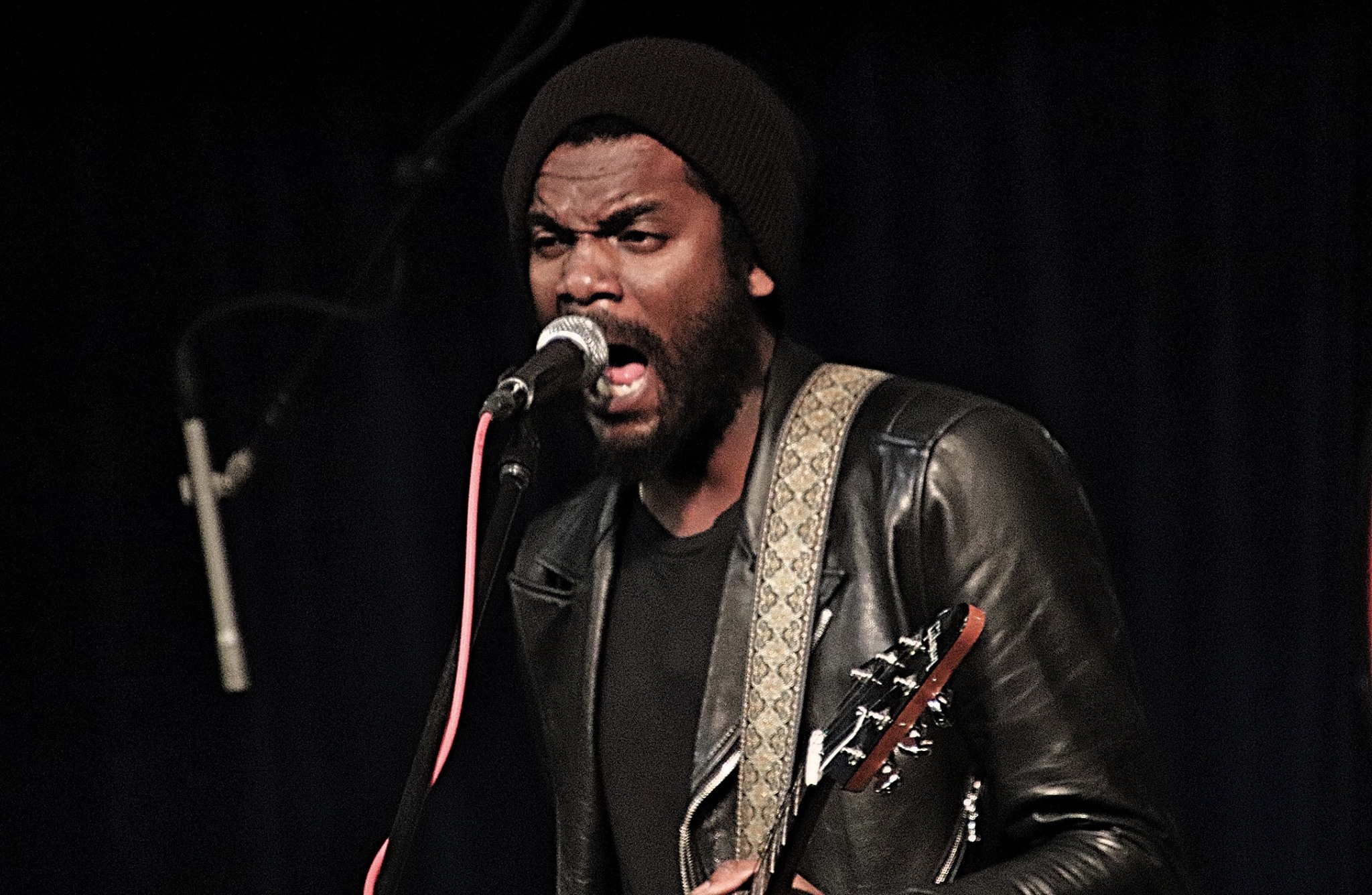 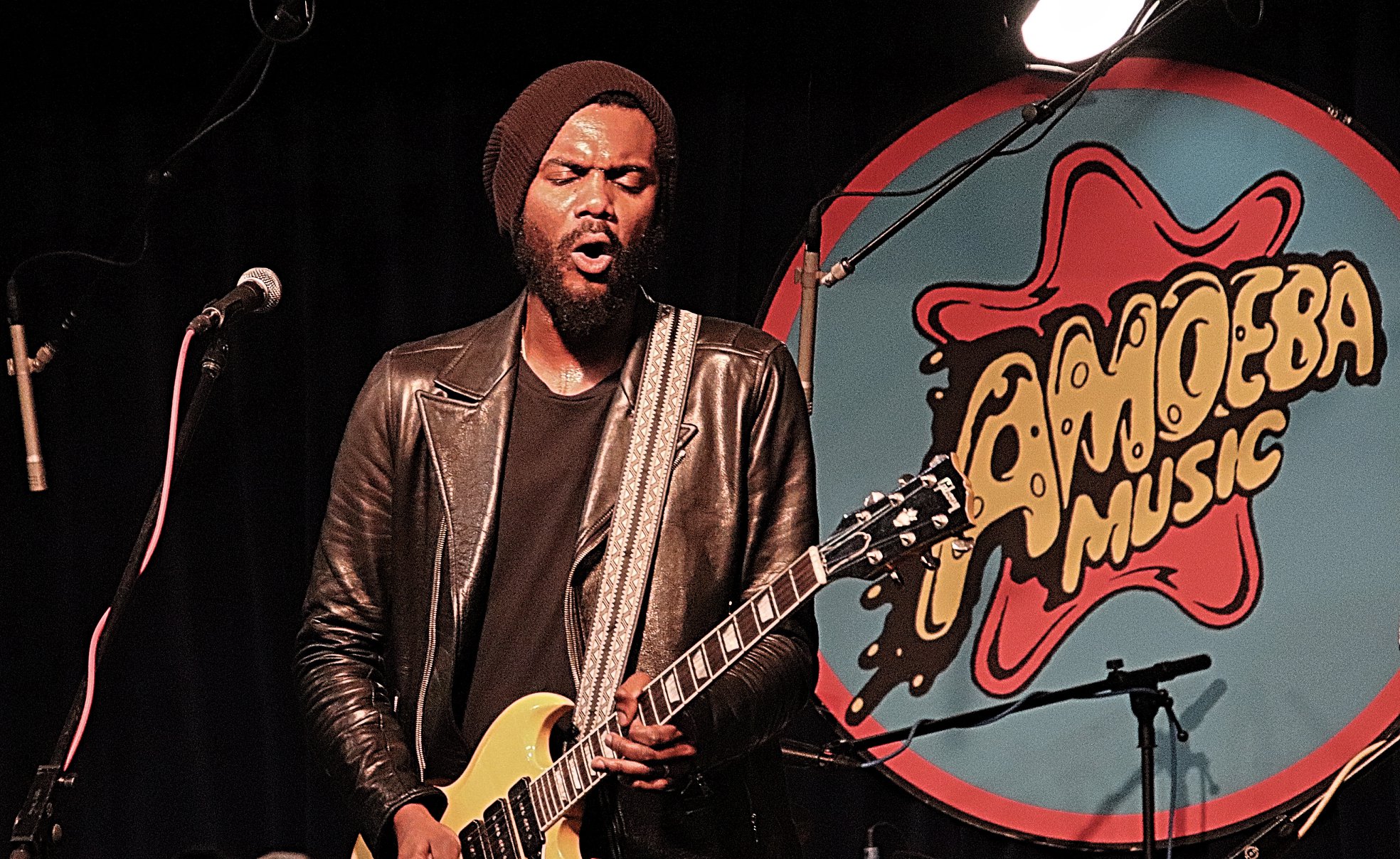 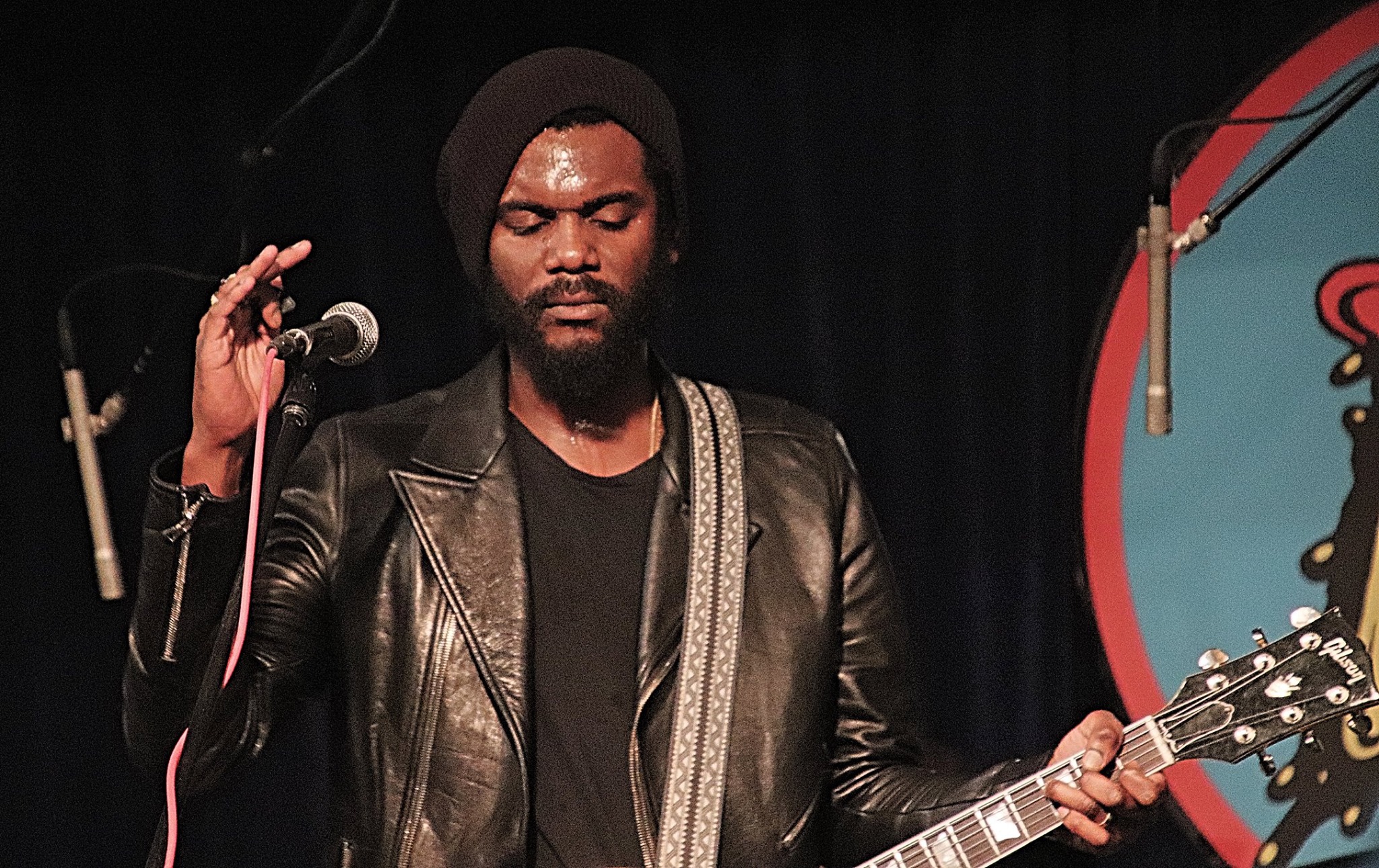