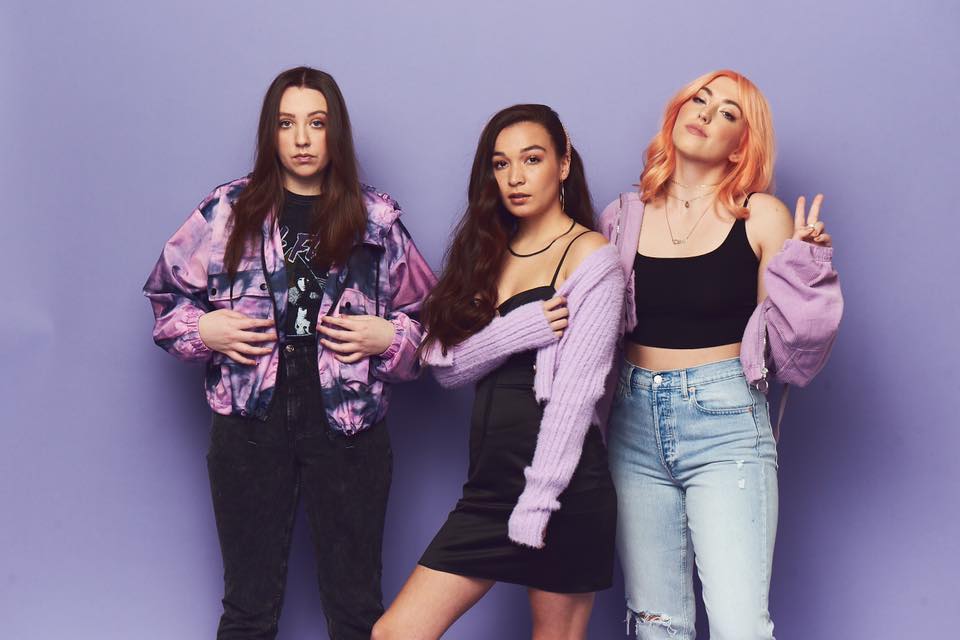 I am not on TikTok, I am way over the average age to be on this teenager/Generation Z craze, but it doesn’t mean I should not pay attention to the music action going on over there.

Avenue Beat, a young all-female band from Quincy, Illinois, has debuted the anthem of the year, ‘Fuck 2020′! No need to provide too much explanation there. The clip went viral on their social media and has amassed millions of playbacks on TikTok.

Sami Bearden, Savana Santos, and Sam Backoff are a playful brand new trio coming from the pop-country scene with just an EP and a few singles under their belt, but they have already received plenty of attention and gained a large fan base, especially after releasing this clip, perfectly expressing how everyone feels right now,… who wouldn’t agree with ‘Fuck 2020?’

The three-part harmony lowkey song has a sweet melody with a clever production of special sound effects and clicking beats, while lead singer Savana Santos sings about the harsh realities of this year, on a personal level (‘My cat died’) and global level (‘a global pandemic took over my life’). The entire song is delivered with deadpan humor without saving us matching middle fingers and more swear words than in a rap song. Meanwhile, events of 2020, from Kobe Bryant’s death to Black Lives Matter images scroll behind the three girls who keep numbed facial expressions. No wonder this went viral, the short clip sums up so much of what happened in 2020, in a very clever way with a catchy chorus.

The TikTok clip received over 4 million views in one day before the platform removed the video. The band posted the video on their Instagram account, and reposted the video on TikTok with this comment: ‘tiktok took down @ 4.5 MIL, so i’m feelin like maybe we should just get this one to 5 MIL instead??? lol love u guys #fk2020#avenuebeat #viral #fyp’

You can only watch a minute of the song in the clips below, but, in response to the overwhelming feedback, Avenue Beat has decided to release the full song early for fans to enjoy during their quarantine.